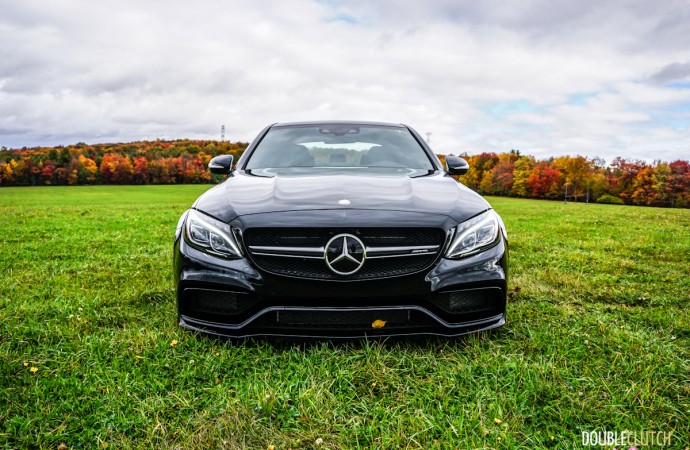 “Manic” is also a word used to describe the acceleration of this car.

It has become pretty hard for manufacturers to make cars that are classified as “poor”. Every single segment, from the wheezy subcompacts to the supercars, is becoming more and more competitive, and most manufacturers are implementing new technologies while maintaining excellent drivetrains and maximizing efficiency. Mercedes-Benz is no different, and this car is particularly special to me. You see, ever since the conception of the previous-generation C63, the howling V8 and ridiculous demeanour stole my heart. All-new for this year, the 2016 Mercedes-Benz C63 AMG S-Model does away with the old 6.2L motor and is completely redesigned from the ground up. 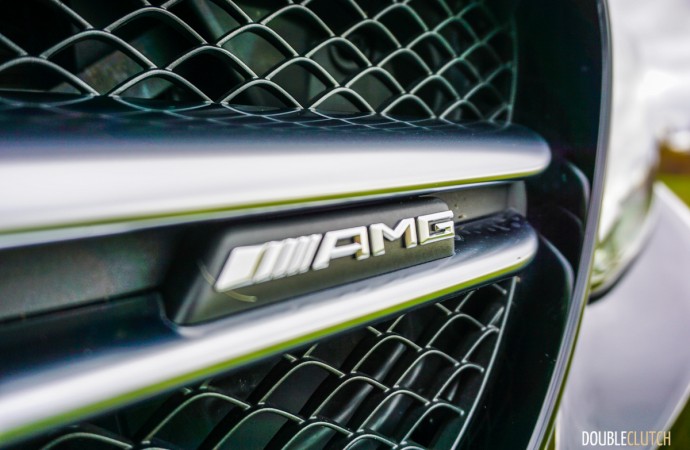 We recently tested the C400 and got our first taste of the new C-Class chassis (codenamed W205). The car looks fantastic, but I find this is only the case with higher trim models. Basic C300s with the smaller wheels and no AMG styling bits look rather bland, but this is stepped up for the C400 and C63 S-Model. Our particular C63 test car is a born stunner. With evil black paint and LED light treatment front and rear, this sedan easily trumps the BMW M3’s muscular yet conservative lines. Since the Audi RS4 isn’t sold on these shores, the S6 with its twin-turbo V8 is the C63’s closest competitor in the four-ringed lineup, and it looks far too tame at first glance compared to the C.

As I mentioned before, the outgoing C63 had a roaring 6.2L naturally-aspirated V8. That motor was easily one of my favourite engines in production, and I took a moment of silence in its memory before starting up the new model. Now under the hood is a 4.0L twin-turbocharged 32-valve V8. It may be down on displacement, but it’s up on power – the new C63 S-Model is up to 503 horsepower and 516 lb-ft of torque. On startup, the car roars like a lioness in heat – it doesn’t sound like it’s down on anything, let alone displacement. The key to the old motor was the noise it made, and much to my surprise, the new one sounds even more manic. 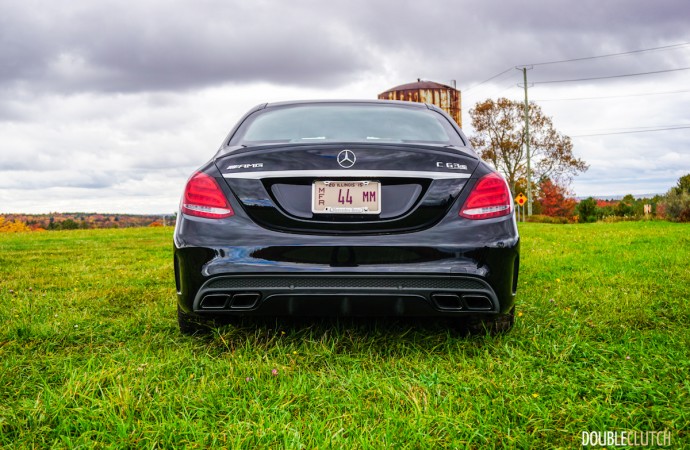 “Manic” is also a word used to describe the acceleration of this car. The drive selector can be adjusted anywhere from “Comfort” to “Sport”, “Sport+”, and finally, “Race”. For scientific purposes of course, we just had to try out the acceleration in “Race” mode, especially considering we had some track time with this car too. With the seven-speed dual-clutch transmission kept in manual (paddle-shift) mode the entire time, the response from the C63-S is just surreal. The 265-width Michelin Pilot Super Sports do a great job keeping the car in a straight line when that’s the intent, and the result is 100 km/h in just four seconds flat. Quarter-mile trap speed is 197 km/h in 12.2 seconds – this car is fast.

Full-throttle acceleration is like no other car in this segment. Whereas the BMW M3 accelerates with a good amount of refinement and engine noise piped through the speakers, the C63 is a whole different creature. It roars and surges forward with more urgency than either the BMW or the Audi, and makes the angriest noises while doing it. Good upshifts are rewarded with confident “blat” sounds from the quad-tipped exhaust, and letting off the throttle results in “snap, crackle, pop, pop, pop”, with the occasional “BANG” like the sound of an assault rifle firing. I had an ear-to-ear smirk the entire time. 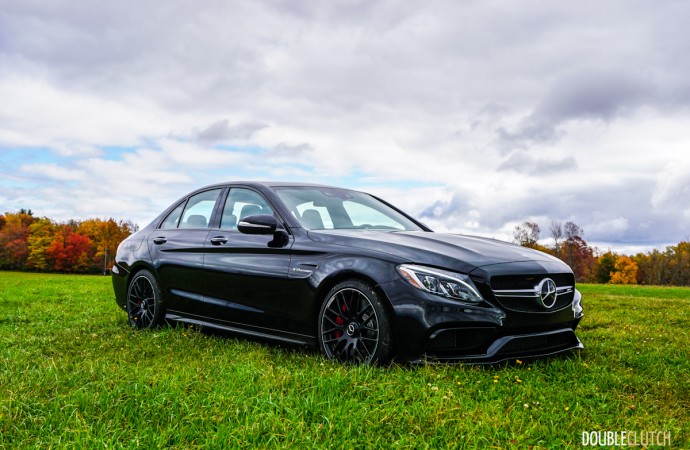 I had previously read that the reworked seven-speed SpeedShift MCT dual-clutch is almost as good as Porsche’s PDK, which is the current benchmark for double-clutch transmissions. This was mostly confirmed – when left in automatic mode, it drops down the perfect amount of gears when braking hard for a corner, leaving you in the sweet spot coming out of the turn for ideal acceleration. When getting it up to speed, the transmission provides lightning-quick upshifts which are nearly as quick as PDK, changing gears in milliseconds. Audi’s S-tronic and BMW’s dual-clutch are very good, but I think that for now, Mercedes has the upper hand with this unit.

The interesting part of the old C63 AMG’s character was the fact that it was always hectic in the corners. The rear end loved to slide out and for the advanced driver, powerslides were the sweet spot for the car. The new car changes that; the steering is dialed-in perfectly, with spot-on response no matter what you want to do. It changes direction effortlessly and there’s no fuss. Unless of course, you turn all of the car’s stability control systems off. In this case, the C63 fights back like the ferocious animal it is. It begs to be pushed, every second of the day. 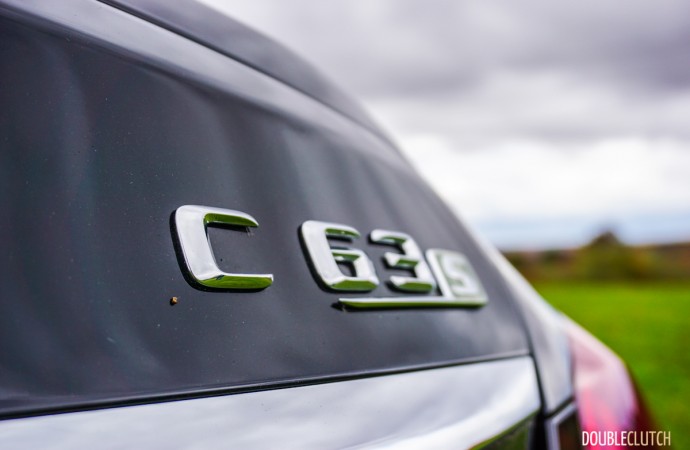 Ride quality and road manners are impeccable for a car that’s capable of so much wildness. The adaptive suspension and dampers do a remarkable job of maintaining body control, meaning the C63-S can be daily driven without any problems every single day of the week. Those living in colder climates will want to invest in a solid set of winter tires, because the Pilot Super Sports just won’t go anywhere in the slightest hint of snow. Adjusting the drive selector to “Comfort” transforms the manic AMG into a proper Mercedes-Benz. It’s still on the firmer side, but what else would you expect from German powerhouse AMG?

Fuel consumption is an area that no AMG car can really brag about, but compared to the 6.2L in the last car, this 4.0L twin-turbo is almost hybrid-like. Okay, maybe that was a bit of an exaggeration – Mercedes-Benz suggests 11.7L/100km in combined driving, but we expect most drivers to do far worse. We averaged 13.6L/100km over our test, which consisted of a good amount of heavy-footed driving. This of course, went down the drain after we got the C63-S on the track. The C63-S requires 91-octane fuel as an absolute minimum, and would likely perform best with 94-octane. 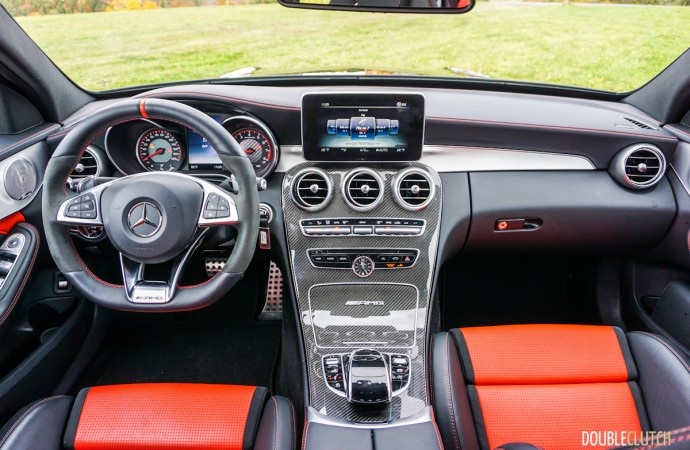 Our tester added onto the $83,700 starting price with a $3,800 Premium Package. Most buyers will opt for this, and most dealers in Canada will likely only carry cars equipped with this package, as it includes Keyless Go, the Burmester surround sound system, Parktronic with Active Park Assist, COMAND online navigation, and an additional “parking package”. Our car also came with the $2,700 Intelligent Drive Package, which adds pre-collision braking, blind spot assist, Distronic Plus (radar-guided cruise control), active lane keeping assist, and a few other gizmos. A power trunk closer is an extra $675, which brings the grand total to $90,200. I expect most C63-S models sold in Canada for the first little while to be sold at exactly sticker price due to the sheer demand.

When taking in the fact that a base model C300 can be had for as little as $43,800, the $83,700 price of entry for the C63-S seems a bit steep. It’s important to consider the fact that this is no longer an ordinary entry-level luxury sedan. The C63’s chassis is completely reworked, the motor has double the displacement and double the amount of turbochargers, and nearly every single part of the car is unique to this model. Interior accommodations are largely similar to those in the regular C-Class, except with many AMG bits all around. The unique steering wheel is a delight to grip, and the AMG sport bucket seats do a phenomenal job of holding the driver and passenger in place. 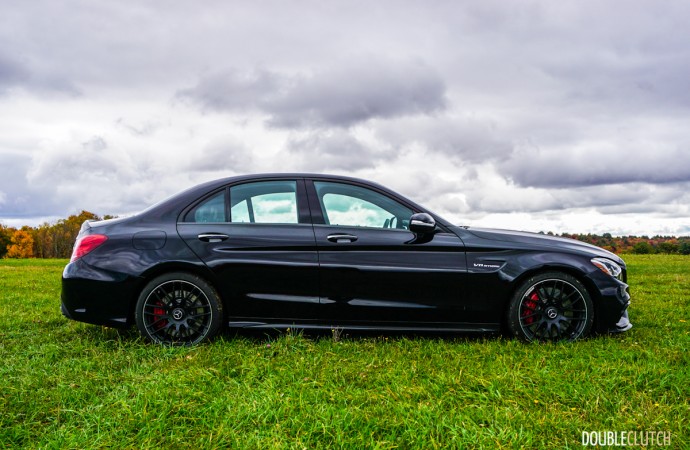 The 2016 Mercedes-Benz C63 AMG S-Model is a wolf in sheep’s clothing. The styling has enough uniqueness to differentiate it from the regular C-Class while still being able to fly under the radar. This constitutes a “sleeper” in my eyes, and any sleeper with more than 500 horsepower is an easy sell to me. However, to the typical consumer in this segment, the C63 has a huge power advantage over the BMW M3 and most of Audi’s offerings – for the time being, it’s in a segment of its own. This snarling wild beast has easily earned its place in my all-time favourites, and undoubtedly will find many like-minded buyers worldwide. 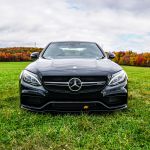 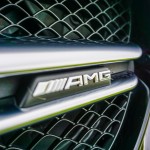 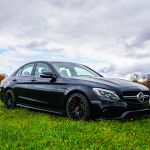 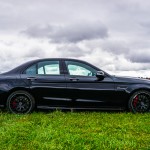 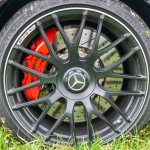 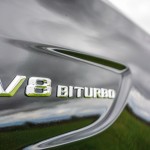 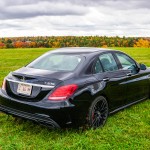 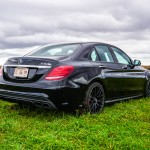 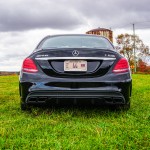 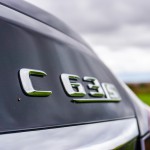 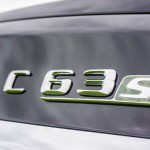 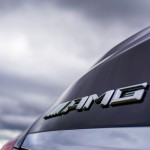 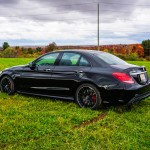 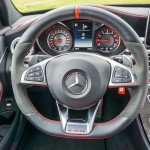 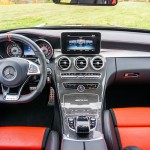 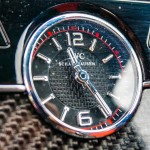 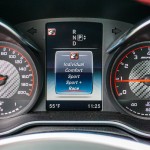 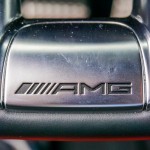 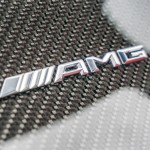 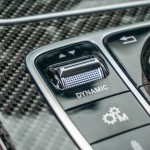 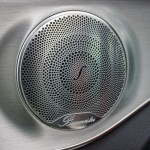