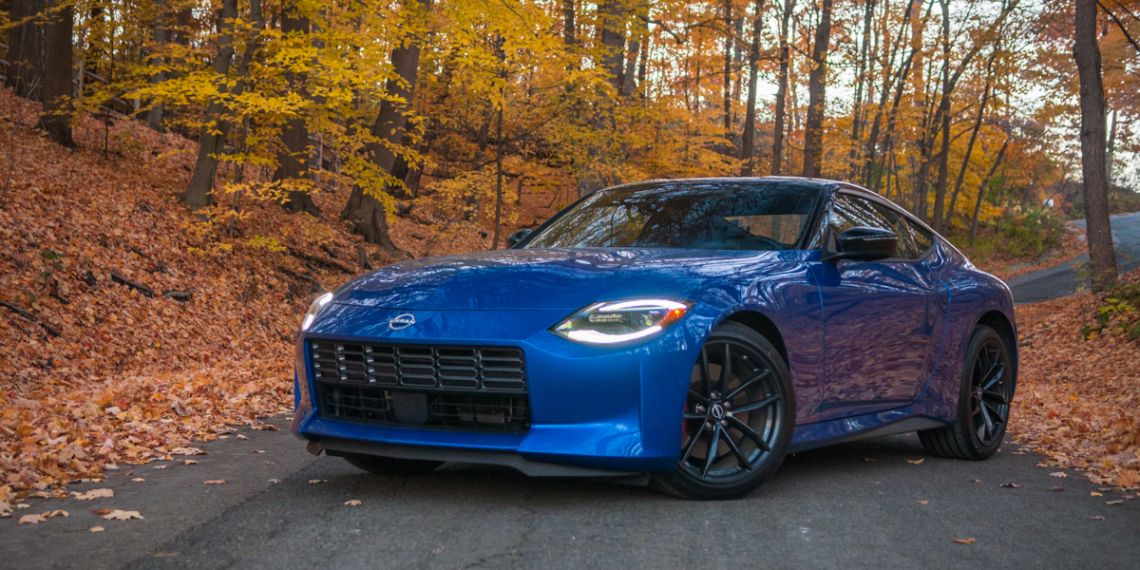 The 2023 Nissan Z does everything right. It’s rear-wheel-drive, it’s got plenty of power and the correct number of pedals, and it’s a head-turner wherever it goes. So why the hell do I feel so conflicted about it?

Where most cars emphasize comfort, convenience, and isolation from the world around you, the new Z flies in the face of all of that. The seventh-gen car isn’t totally new, but it’s a thorough rework that puts forth an engaging driving experience, while feeling modern on the inside and looking retro-cool on the outside. But something about it gives me pause, and I can’t quite put my finger on it. 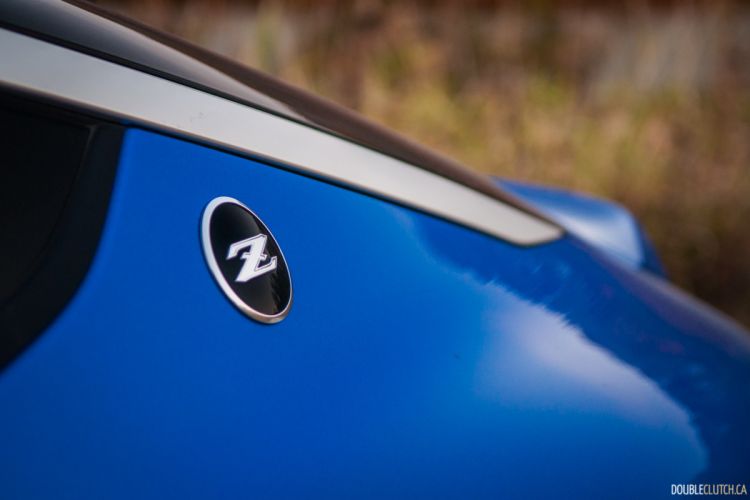 Is it the engine? No friggin’ way. The new Z draws inspiration from many Z-cars of the past. Under the hood, it’s the spiritual successor of the Z32, packing a twin-turbocharged 3.0-litre V6 putting out 400 hp and 350 lb-ft of torque — quite the punch for a car weighing just over 3,500 pounds. There’s a brief, almost endearingly old-school pause as revs build, but it pulls hard all the way up to its 6,800 rpm redline. At its $46,498 starting price — more on that later — the new Z out-muscles cars like the Ford Mustang EcoBoost, Honda Civic Type R, and of course, the Subaru BRZ and Toyota GR86 twins. Oh, and the Toyota Supra.

Is it the transmission? Nah. Nissan has proven to be an unlikely saviour of the manual transmission over the years, and the new Z is no exception. A six-speed manual is standard equipment; it’s largely the same gearbox you’d find in the 350Z and 370Z, but with vastly improved shift feel. The new shifter feels pleasantly notchy and much more precise than before, slipping into each gear with the kind of fluidity you’d almost expect out of a Miata. If you’d rather not burden yourself with the hassle of shifting, a nine-speed automatic borrowed from Mercedes-Benz is optional. 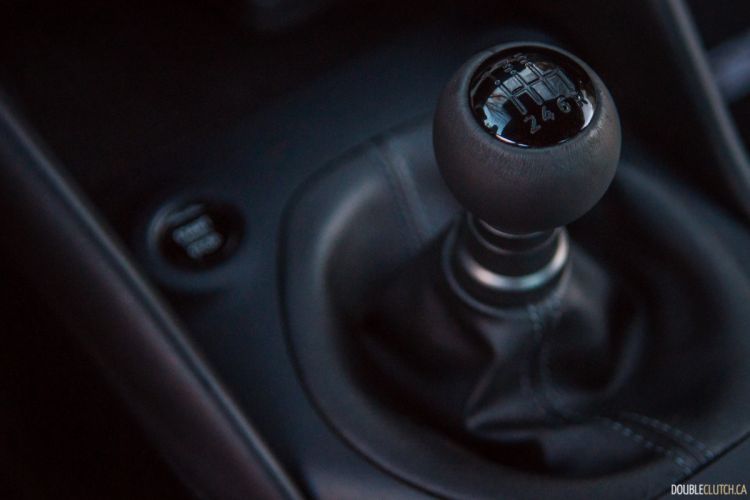 Is it the retro-cool styling? Hell no. OK, I’ll admit the S30-inspired front fascia looks a little awkward in photos, but in person, the whole package pushes all the right buttons. It’s a cohesive throwback to past Z cars that also manages to look fresh and modern. The rear three-quarter view is probably its best angle, thanks to the sloping roof, short rear deck, wide hips, and Z32-inspired LED tail lights. It’s also an absolute head-turner — people will whip out their phones, give you thumbs-ups, and even ambush you in parking lots with a million questions. Hope you aren’t an introvert like me.

Is it the driving experience, then? Now we’re getting somewhere. The new Z should be an enthusiast’s dream, but even with all the right ingredients, how it all comes together is paramount. Yes, the new twin-turbo V6 builds boost fast and packs a punch. Yes, there’s plenty of grip that lets you take on-ramps at ridiculous speeds. Yes, there’s plenty of drama — floor it too soon and the back end gets a little squirrely before the tires fully hook up, and it’ll happily chirp second and third as you rip through the gears. 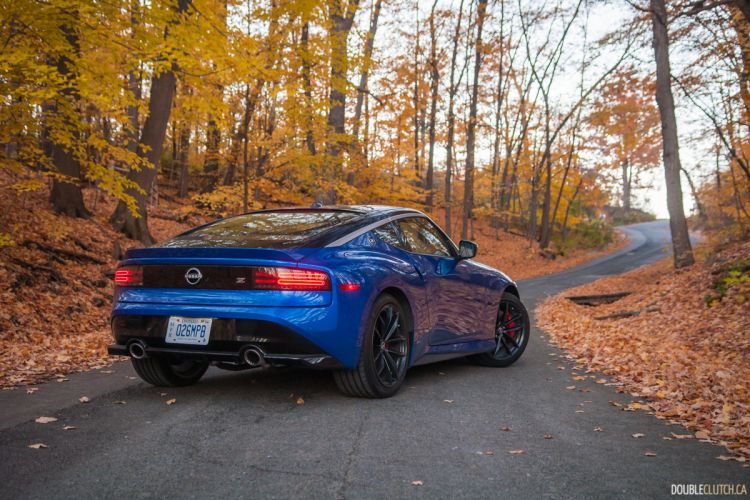 The new Z is properly entertaining, but Nissan’s efforts to modernize the car come at the cost of the analog appeal we came to appreciate in the 370Z. The move to electric power steering may result in quicker responses to your inputs, but it kills any semblance of steering feel, one of the high points of the Z34. The new V6 may be packing 400 horses, but it’s almost too quiet for its own good — but considering straight-piped VQs have terrorized the car scene for almost 20 years, that’s probably a good thing.

And in this quest for progress and modernity, the new Z put on a fair bit of weight — it now tips the scales at just over 3,507 pounds. To save you the effort of digging out the bathroom scale, that’s roughly 250 lbs more than the 370Z. 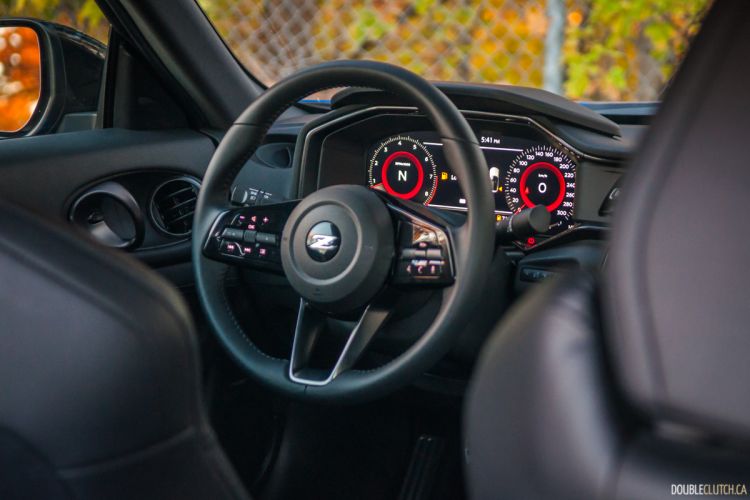 On the other hand, this newfound sharpness and modernity isn’t quite enough for the new Z to give the Supra — you know, that other Japanese sports car pushing 400 hp — a run for its money. Say what you will about genealogy, but the Supra simply feels quicker and more responsive, rides a little better, and it’s just as much of a head-turner. In other words, it’s a better sports car than the new Z. The fact that the Supra now gets a manual is either the icing on the cake, or the wooden stake through the Z’s heart, depending on how you look at it.

Inside, Nissan’s efforts to modernize the Z’s are a little less polarizing. Step into the driver’s seat and a 12.3-inch digital gauge cluster sits front-and-centre. It’s a highly configurable piece allowing you to toggle between three views: one with a traditional speedo-and-tach layout, another emphasizing the active safety assists, and one for all you serious racers out there with a big tach front-and-centre, flanked by readouts for boost, coolant temp, and oil pressure, among a few others. 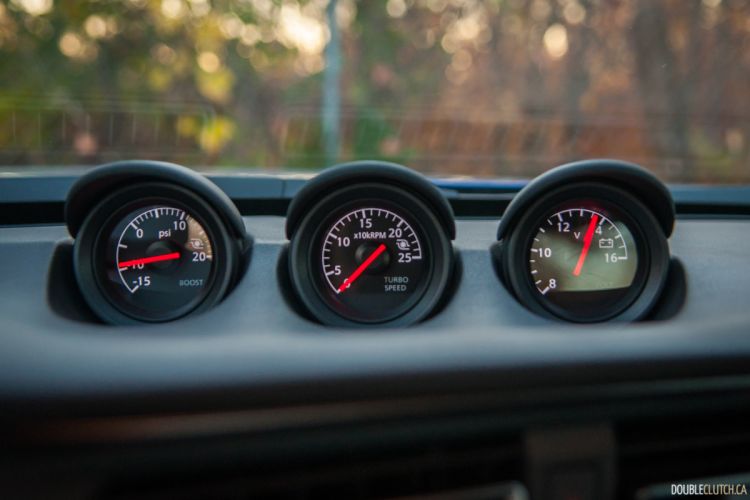 The gauge cluster is augmented by an eight- or nine-inch touchscreen depending on the trim you choose, running Nissan’s latest infotainment. It’s a little slow to respond to your inputs, especially right after you’ve started the car, but it’s intuitive enough and the upsized display is much more crisp than what passed as “infotainment” in the 370.

Beyond the gauge cluster, if you get a sense of deja vu sitting inside the new Z, that’s because it’s the same basic layout as the 370Z, albeit thoroughly freshened. You can see this in places like the location of the door handles and certain vents, some recycled switchgear, and most obviously the triple gauge pod sitting atop the dashboard — both a throwback to the 240Z and a Z-car staple since the 350Z. I’ll leave it up to you to decide whether or not the upcycling is a good thing. 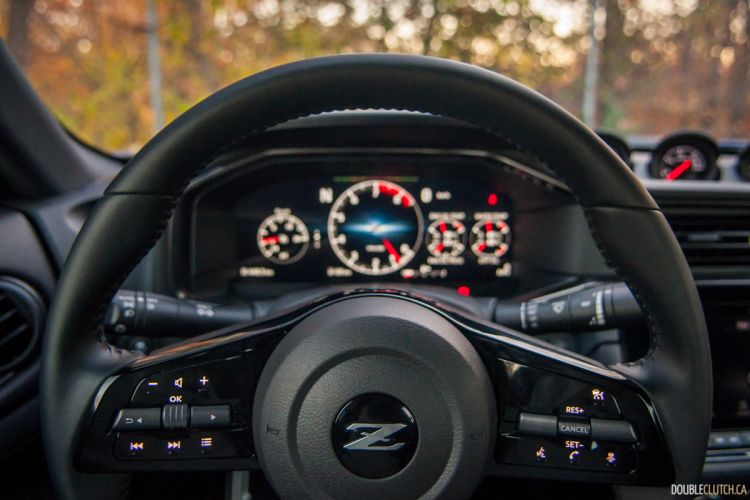 Price-wise, the new Z loses even more of its lustre. The base car starts at $46,498, but at that price point, you’re missing out on key performance goodies like a limited-slip diff, bigger brakes, and lightweight forged wheels, not to mention some of the wilder colour combos in addition to basic creature comforts like heated seats. To get all the good stuff, you have to spring for the Performance trim; our particular tester topped out at a whopping $59,448, pushing the Z car into some pretty lofty territory.

At $60K, you’re a stone’s throw away from a Camaro SS 1LE, not to mention a few thousand off a manual Supra. On the other hand, the new Subaru BRZ and Toyota GR86 cost about half as much, yet the new Z arguably isn’t “double the car” and/or “twice as good” as the twins. 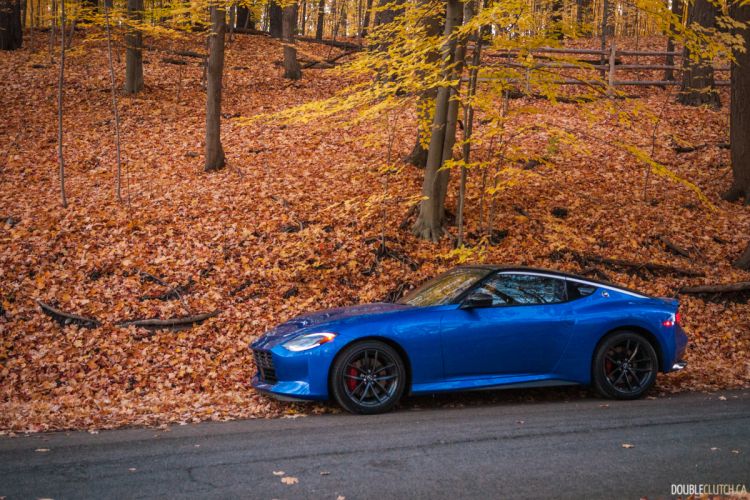 So, where does all this leave us with the new 2023 Nissan Z? Honestly, I’m still conflicted. I want to like it; it’s tough to argue against 400 horses and a six-speed stick, but it’s missing that analog nature that made past Z-cars so endearing, while also lacking the sharpness you’d find in other sports cars. Alas, I have a solution: if Nissan finds a way to make the limited-slip diff, big brakes, and forged wheels standard while keeping the price tag under $50K, that’d be the performance bargain of the decade. Until then, just fork over the extra cash and get a stick Supra.