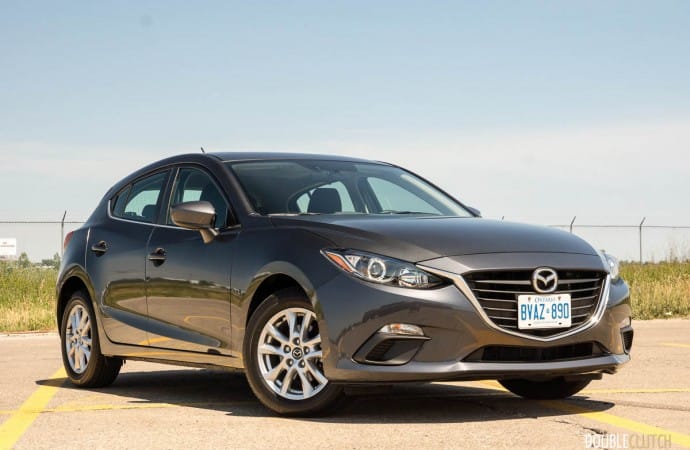 We’ve come to love the Mazda3 in the DoubleClutch.ca garage, whether it’s the base four-door GX, all the way up to the fully loaded five-door Sport GT hatchback, like the long-term tester we had for several months. We like it (and all Mazdas, for that matter) for its focus on the driver’s interface. Even their smallest cars provide excellent steering, brakes, and transmission interfaces for the driver. They are a smaller company, and managed to hang onto this unique angle in the industry, but the compact segment is one that doesn’t sit still, even for one second. 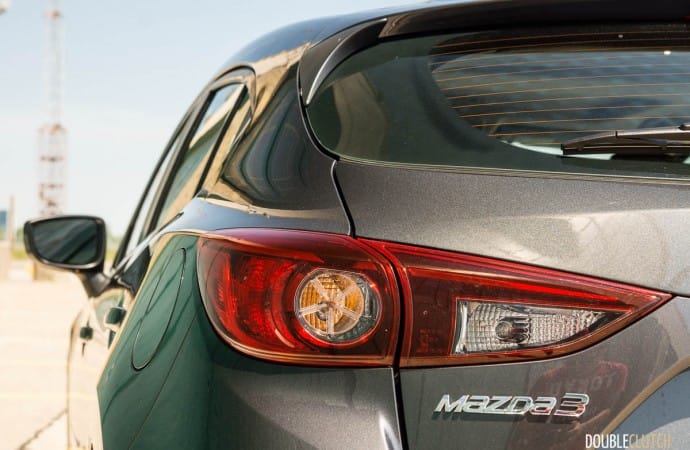 The elephant in the room is now the new Honda Civic (reviewed here), which is one of the best small cars I’ve driven in a while. It doesn’t focus on being the best at any one particular thing, but it integrates overall goodness into everything it does. It brings along bold new styling, new powertrains, and a feature set that was unheard of, even only a few years ago. As far as Mazda3s go, I’ve had the chance to drive both the four-door GS and five-door GT, both of which target a different sort of demographic. The bar has been moved up since the third-generation Mazda3 was introduced for the 2014 model year, so would the zoom-zoom formula still work in today’s evolving market?

Mazda’s Kodo “soul of motion” design language has aged well, with lots of flowing, organic lines, and just the right amount of chrome brightwork. It’s not an overly busy design, nor is it polarizing (see the Civic), but it’s nice enough to fit right in with the rest of the segment. The higher-end GT gets larger 18-inch wheels, but the midrange GS makes do with 16-inch wheels. The GS also doesn’t get the snazzier LED daytime running lights, HID low-beams, or the LED tail lights. It’s a simpler car, and Mazda is okay reminding you of that fact – not a bad thing. The hatchback design is a little interesting, because you can’t really tell it is a five-door design until you get close enough to look at the ¾ angle or rear view. 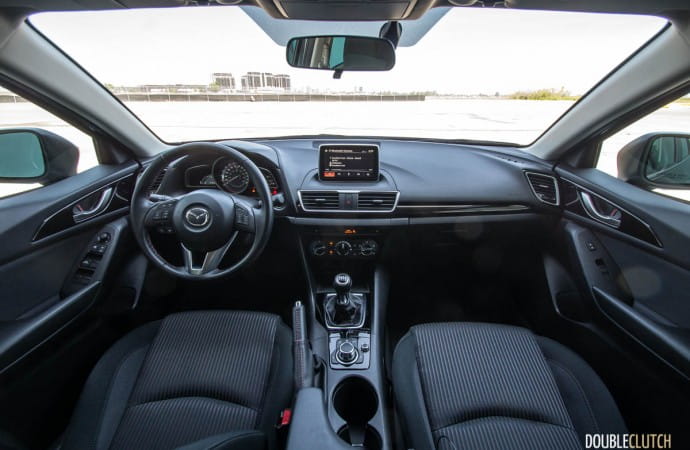 Inside, the clean interior design theme continues, with a mostly-black layout with matte touches of silver trim here and there. The now-commonplace floating infotainment screen doesn’t really look out of place anymore, and Mazda’s HMI controller on the centre console sits beside an Audi-style volume control. The GS makes a few changes compared to the GT, such as dropping the innovative heads-up display, and omitting satellite navigation. As for the instrument cluster, the GS features a much-smaller digital tachometer on the left side – the GT put the tachometer in the largest central binnacle, so it was easy to see all the time. The digital tachometer is essentially a bar graph that ends up being a little too small to glance at.

Under the hood of the Mazda3 GS lives a 2.0L gasoline inline four-cylinder engine. Part of the SkyActiv family, it utilizes direct-injection and sky-high 13:1 compression ratio to produce 155 horsepower at 6000RPM and 150lb-ft of torque at 4000RPM. It happens to be paired up with your choice of excellent gearboxes: a six-speed manual or a six-speed automatic. Both transmissions are particularly sweet, but in very different ways. The six-speed manual is super easy to live with every day, with a light clutch engagement that is very easy to master. The shifter is one of the benchmarks in the segment, with short throws, and an accurate action. The six-speed automatic takes full advantage of an aggressive torque converter lock-up strategy for a very direct feel and crisp shift quality. 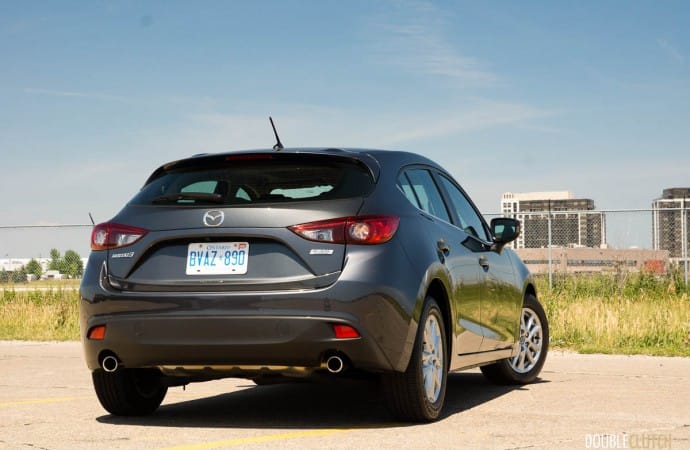 Between the 2.0L engine in the GX and GS, you do notice the difference in torque between it and the larger 2.5L engine in the GT, but it’s not enough to be a deal-breaker. The 2.5L does deliver more low-end torque, but surprisingly, will let you know that it doesn’t like to be lugged (when the revs drop too low, in gear). Between the two, I prefer the 2.5L for the additional mid-range torque that it offers, which is great for scooting around the city.

Fuel efficiency has been a strong suit for Mazda lately, thanks to the smarter SkyActiv engineering philosophy and today’s technologies. The manual transmission version is rated at 8.2L/100km in the city, and an impressive 5.9L/100km on the highway. During my week of very mixed driving, I averaged 7.3L/100km, over about 600km. Even with the high-compression design, both the 2.0L and 2.5L engines only ask for regular 87-octane fuel, and the tank will hold 50L of it. The six-speed automatic transmission does better, but only marginally so: it is rated at 8.0L/100km in the city and matches the highway rating of the manual transmission cars. 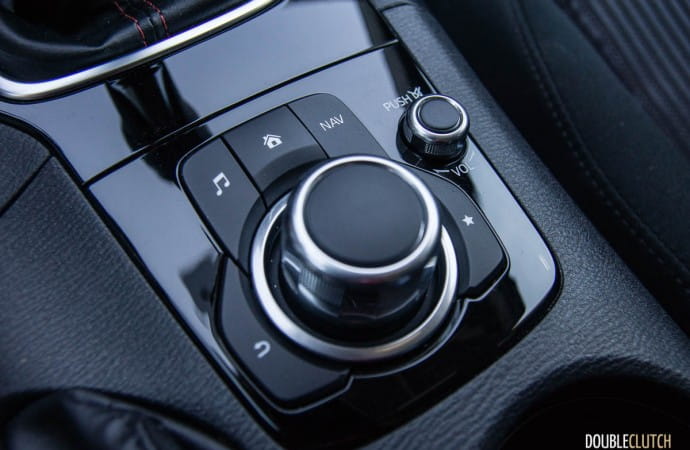 In terms of pricing, it’s not hard to imagine where the Mazda3 fits in with its competitors: right in the middle of the segment. The hatchback body type allows it to stand out, with its added utility and (subjectively) better looks. The base GX (the 5-door Sport isn’t offered in the stripped out “G” model) starts at $19,350. The GS tested here bumps that price to $20,850, and it adds to the GX: 16-inch aluminum wheels, heated seats and mirrors, automatic headlights, among other things. Curiously, the feature updates for 2016 removed the fog lights – they’re available only on the top-end GT now.

The new kids on the block, the Honda Civic and Hyundai Elantra (reviewed here) bring along a shocking amount of features for the money, but neither give you a hatchback option (the Elantra GT soldiers on still based on the previous-generation car). The Scion iM comes closer, with fresh styling and a rock-solid reliability scores, but questionable decisions in regards to some of its features (you can’t get heated seats) lets it down, somewhat. The Volkswagen Golf Sportwagon (reviewed here) is an honest-to-goodness wagon that does pretty much everything well, but its base price is a little higher than most. Out of the model range, the top-end Mazda3 Sport GT is most attractive to me, because the added torque puts it ahead of its competitors, and it is “just right” in a lot of ways, such as its overall size, interior appointments, and feature set. 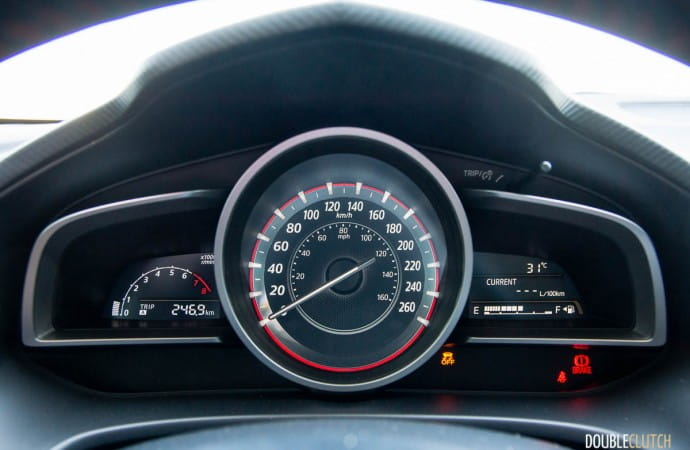 The Mazda3 holds on to one of the attributes that puts it in good company in the eyes of enthusiasts. They’re not simply just efficient appliances that get you from A-to-B, but they are machines built for people who actually enjoy the act of driving. The feel of the driver’s interface is unique to Mazda, and other automakers have yet to do any better – though they are getting closer. Other cars competing in this segment focus on premium features, fuel efficiency, style, or maximum versatility. Usually, it’s a balance of all of the above items, but Mazda injects a dose of its zoom-zoom enthusiast personality into each and every single car they make. The 2016 Mazda3 Sport GS has always competed in a tough arena, but new competitors have made cross-shopping that much more difficult. It comes down to your personal tastes, but the seasonings that Mazda sprinkles onto their version of the compact hatchback are especially sweet, and never sour. 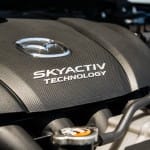 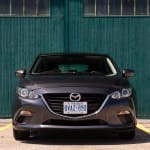 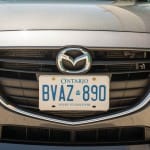 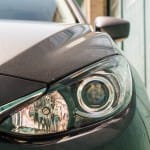 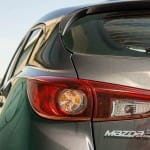 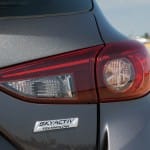 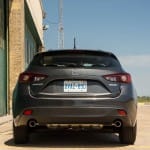 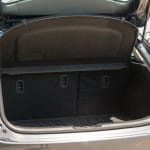 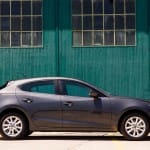 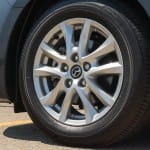 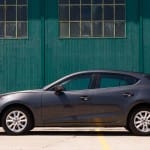 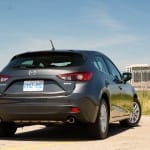 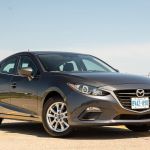 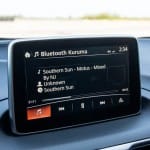 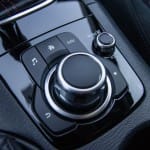 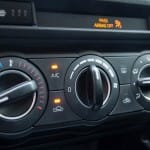 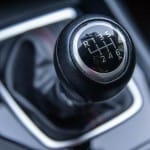 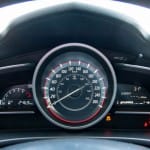 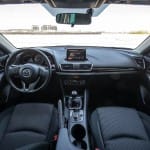