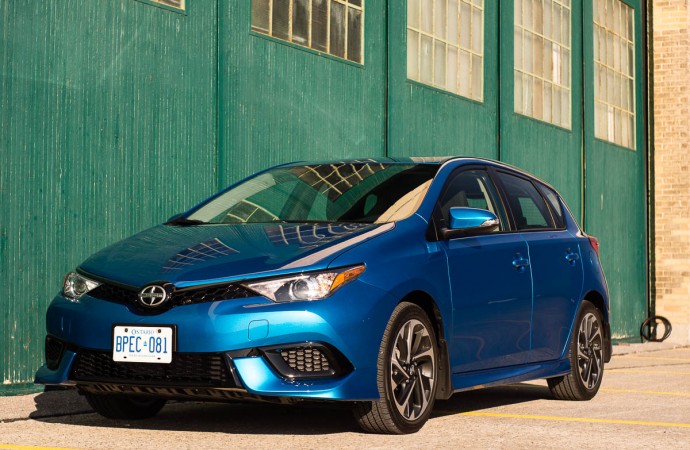 The iM is an attractive hatchback that provides just enough funk and edginess to go with the versatile package.

Cars like the Toyota Matrix made sense to a lot of Canadians, thanks to its blend of practicality, efficiency, reliability, and a reasonable price. It’s not difficult to see why – the hatchback design allows for space for five and some cargo, all without being too unwieldy in terms of its exterior footprint. Wagons are often seen as passé these days, so the next best thing is the hatchback, which some manufacturers have embraced. The first-generation Matrix arrived in 2003 and ticked off a lot of desirable boxes, and a high-output four-cylinder engine that revved to almost 8500rpm – pretty cool for a family-hauling hatchback.

The second-generation, introduced in 2009, tried to carry on the winning formula, but it ditched the high-revving four in favour of a larger engine out of the Camry. The Matrix (and its cousin the Pontiac Vibe) would carry on largely unchanged all the way up to 2014 when it was finally (and quietly) dropped from the lineup. Its discontinuation left a hole in Toyota’s Canadian lineup, and there seemed to be no indication of any sort of successor. This was about the time when Scion was finding its mojo once again – the hotly anticipated and hyped FR-S sports coupe brought some much-needed attention back to the brand. Other than the boxy xB and the somewhat-edgy tC, there wasn’t much to be very excited about. Hoping to be more than just a one-trick-pony, Toyota announced the new spiritual successor – the iM – and that it would be sold under the Scion brand.

The Scion iM concept was unveiled at the 2014 Los Angeles Auto Show – an event I was able to be at in person. I loved the aggressive body kit and the gorgeous Rays wheels. The production hatchback retains many of the concept’s ideas, but tones things down a little bit. Based on the European-market Toyota Auris, most of the styling is carried over, but the designers at Scion added some more-aggressive body cladding, a re-tuned suspension, and different equipment levels. 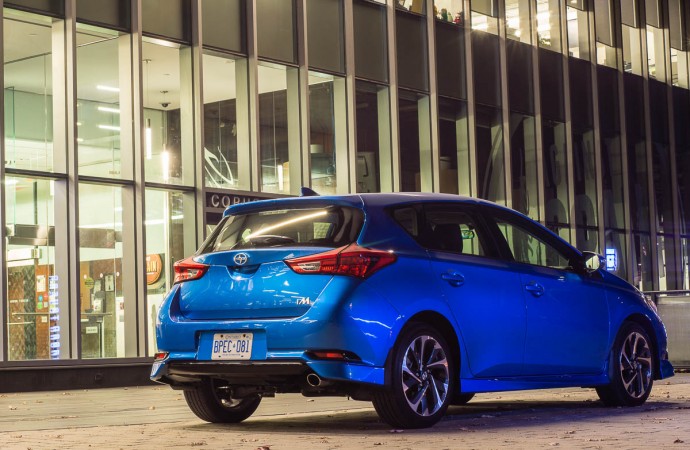 Up front, LED daytime running lights flank halogen projector low-beam lamps. They look great during the day, but I really hoped to see the Toyota Corolla’s standard all-LED lighting configuration carry over to the Scion iM. Large air intakes provide an aggressive feel, but they also happen to delete the fog lights (similar to what Lexus does with many of their F-Sport models). The side profile is equally clean, with a decent number of character lines that accentuate the width of the iM. Every single example rides on 17-inch wheels with 225-section tires all around – pretty good considering it is standard equipment. Out at the rear, the large taillights integrate an attractive LED light pipe for a more premium look and feel.

Overall, I think the iM is an attractive hatchback that provides just enough funk and edginess to go with the versatile package. It fits in well with the rest of the Scion family – obviously aiming for a slightly younger demographic. The Matrix of the past was considered a little too boring in many of its iterations, but the iM does a much better job, but I think it somewhat depends on the colour you get it in. My particular tester was painted in an attractive “Electric Storm Blue”, but there are other shouty colours available – notably the almost highlighter-like “Spring Green Metallic”. 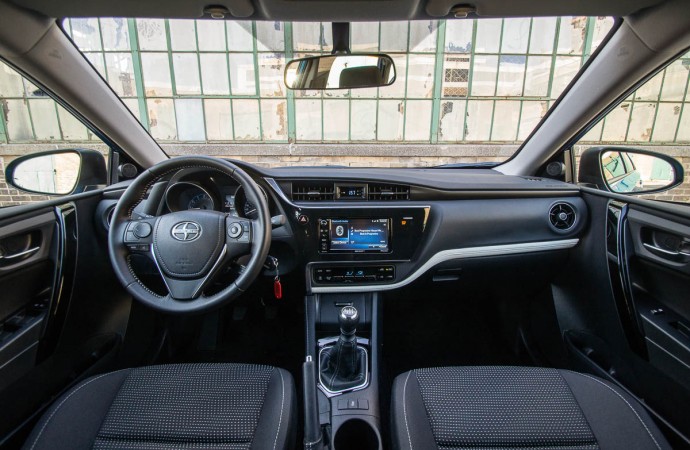 Inside, the iM follows a more conservative tone, adopting a similar interior to that of the Corolla. The dashboard, especially in front of the passenger, is nearly vertical. The mostly-black dashboard is also broken-up by an off-white section of soft-touch plastic that wraps around the dual-zone climate control. These controls, specifically are very easy to use, intuitive, and are a great addition at this price point. There’s a very liberal use of piano black plastics here – while the glossy surface looks good, it’s prone to attracting fingerprints and fine scratches over time. I would have preferred a matte surface, but this isn’t a deal-breaker. Headroom is great for front occupants (thanks to the lack of a sunroof), and okay for those riding in the second-row. Folding the 60/40 split rear seats down gives you an almost-flat load floor so you can carry lots of stuff.

Scion makes it a point to keep pricing simple – to the point that there are nearly no options. What you see is what you get. Normally, this is great for those who don’t care about options, but the iM is equipped somewhat strangely when you look closely. For starters, there are no heated seats, and no way of getting them. There are two button blanks just behind the gear shifter that look like they would be a good home for the heated seat controls. On the other hand, the iM features power folding mirrors – something that even a lot of Lexus models don’t get. The only catch is that the key needs to be in at least the Accessory position in order for them to work. This is a feature I’d personally skip (manual folding mirrors are just fine) – the heated front seats will be more valuable to Canadian drivers. 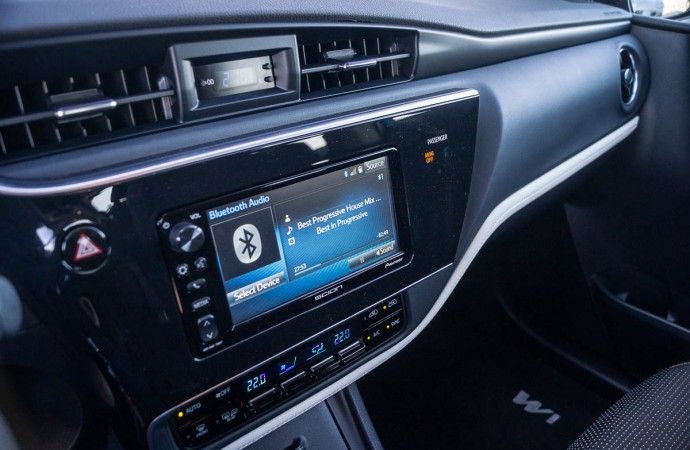 Under the skin, the Scion iM also follows the Corolla’s lead, but with a few quirks. Instead of adopting the standard 1.8L gasoline four-cylinder engine out of the Corolla CE, LE, and S, the Scion iM borrows the slightly-different Valvematic engine out of the Corolla Eco. A different cylinder head design allows for air/fuel mixture control by way of the intake valves, as opposed to a traditional throttle plate. Valve lift and timing are continuously adjusted for much finer control of combustion, improving efficiency and performance. There’s still no direct injection or turbocharging here – but that’s a good thing in the name of simplicity. Horsepower and torque ratings are very slightly different, to the tune of 137hp @ 6100rpm and 126lb-ft of torque @ 4000rpm.

This power is channeled through your choice of a six-speed manual transmission or a continuously variable automatic transmission, both of which are shared with the Corolla. My tester was equipped with the manual transmission. Regardless of the transmission you opt for, the Scion iM can’t be considered a fast car by any means. Going for the three-pedal choice just makes it more enjoyable to trudge around the city in. Some of my colleagues at other publications disagree, but I was pleasantly surprised how much I liked the manual transmission – shifter feel is accurate and positive. The clutch takes a bit of getting used to, with its engagement point close to the top of the pedal. 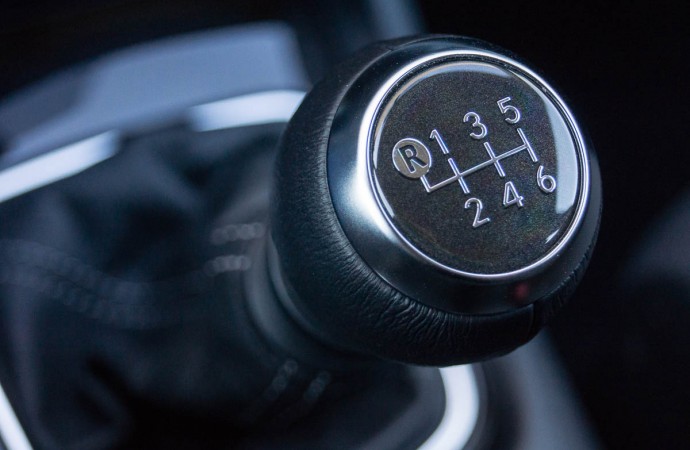 Rev-hang (where the engine is slow to drop revs in between gears) also wasn’t a problem, either. It was a setup that matched my style of driving with minimal to no clutch slippage (Mazda does a great job of this). Unfortunately, the slightly wide pedal spacing made it very difficult to perform heel-toe rev-matched downshifts. The CVT automatic will likely be the volume seller, and if it feels anything like the unit in the Corolla, it’ll be decent to live with on a day-to-day basis.

The Scion iM also upgrades some of its performance hardware to back up its more assertive looks. The aforementioned 17-inch wheels give the relatively lightweight iM a lot of contact patch – it’s just too bad the factory-fitment tires are of the “Eco” low-rolling resistance type. Stickier tires would be one of the best upgrades you can do for not a lot of money. The one small downside here is that the wider wheels and tires make for a larger turning circle. The rear suspension is also improved from the Corolla. It’s not a basic torsion beam, but a more sophisticated multilink system. This improves road-holding feel and ride quality over broken pavement. The Scion iM concept featured huge multi-piston brakes, but the production car features a more pedestrian setup – at least there are disc brakes at all four corners.

Scion Canada rates the iM with the manual transmission at 8.6L/100km in the city, 6.6L/100km on the highway, and 7.7L/100km in a combined cycle. During my week of mixed city and highway driving with the iM, I ended up with an indicated average of 7.9L/100km – pretty close to the combined rating Scion says you can expect to see. If you choose the CVT automatic, you can expect slightly better efficiency ratings all around. The iM will accept 53L of regular 87 octane fuel.

Pricing is especially simple with the Scion iM. Choose a colour, choose whether you want a manual or automatic transmission, and that’s about it. There are some smaller dealer-installed accessories (including satellite navigation for the Pioneer-branded infotainment unit), but what you see on the sticker price is pretty much what you get. The iM starts at $21,165 before any additional dealer fees or taxes. Opting for the CVT automatic adds $825 to your bottom line. 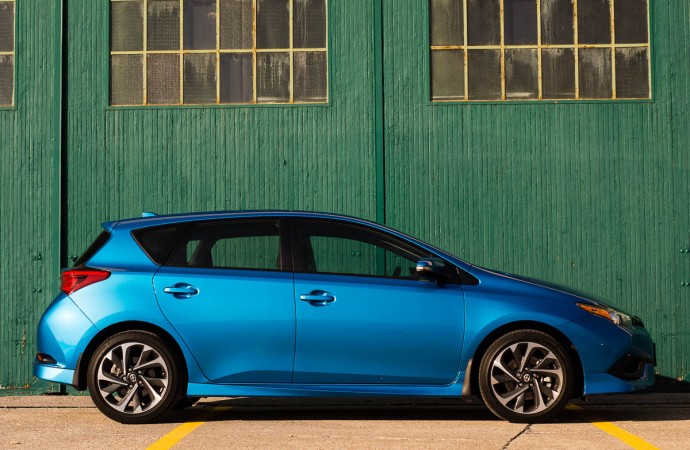 I went into my week expecting the iM to be a Toyota Matrix successor, and for the most part they’ve succeeded. I’ve always liked the Matrix (enough for me to want my mom to buy one back then), because it was a better Corolla. The Scion iM fills in the gap in the Toyota family lineup and goes head to head with a lot of tough competitors: namely the Mazda3 Sport hatchback, Kia Forte5, and the Volkswagen Golf, just to name a few. The Mazda3 Sport is one of our favourites, but it doesn’t quite have the funky style at the same price point. The Volkswagen Golf is an excellent all-around choice, but adding any sort of features beyond the base model brings the price up very quickly.

I like how Toyota decided to put the iM under the Scion umbrella – this will help bring more mainstream awareness to the brand, something that only enthusiasts have done with the FR-S. I also like how the colour alone can give the iM a different feel. The bright “Spring Green” is definitely a polarizing colour, but the iM can be had in silver and white as well, for a more low-key look. Other than the slightly strange equipment specification (give us heated seats, LED headlights, and take away the power-folding mirrors), there’s a lot to like here. Toyota Canada themselves dropped the terms, “convenient, versatile, fun, stylish, and value” all in one sentence. The Scion iM takes all these descriptors on very well. This is a recommended ride. 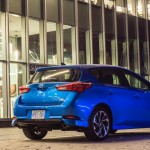 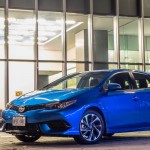 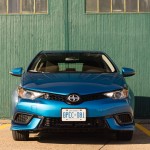 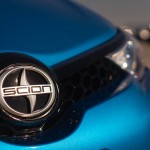 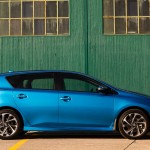 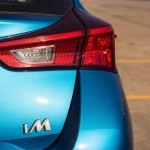 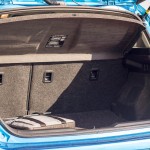 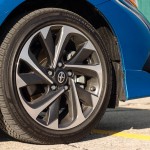 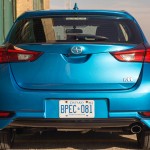 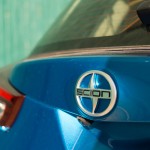 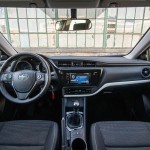 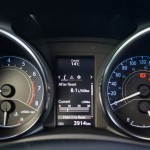 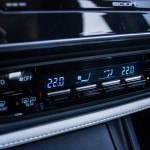 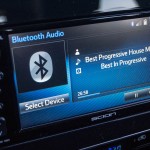 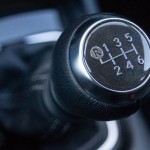 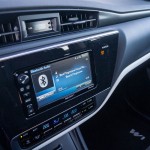 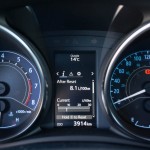