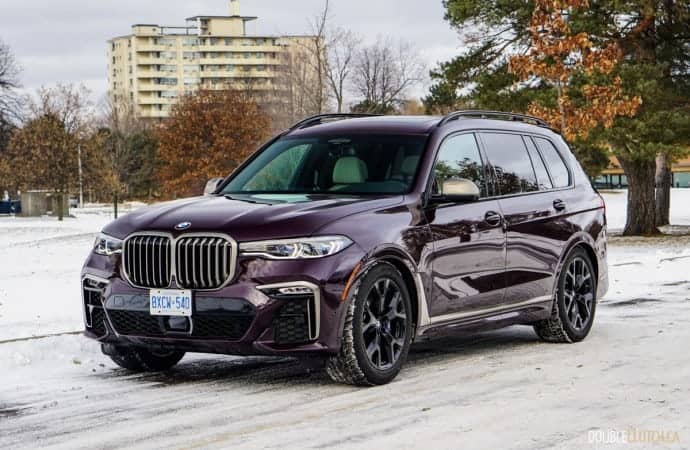 No expense is spared in making the interior of the X7 as top notch as can possibly be.

Now already in its second year of production, the largest crossover offering from BMW has already had an update to its powertrain offering. Riding under a new moniker for 2020, BMW decided it was time to toss their performance letter of choice, the letter M, into the X7 ring. The 2020 BMW X7 M50i xDrive replaces the short-lived xDrive50i to reflect significant changes, including a big bump in engine output, that knocks this gigantic three row behemoth into the sub-five second bracket for 0-100km/h acceleration. 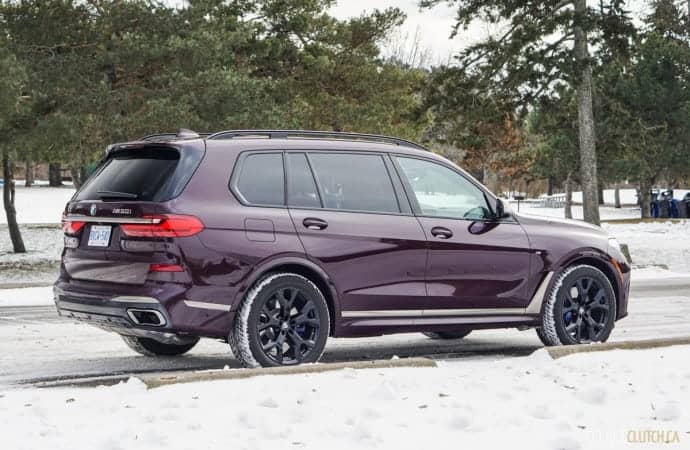 As with the flagship 750Li sedan (reviewed here), no expense is spared in making the interior of the X7 as top notch as can possibly be. Everything imaginable is powered, heated, cooled or some permutation of the three. This is a neat touch at first, but it quickly can become tedious. The buttons aren’t quite intuitive, almost seeming completely backwards at times. To get the third row up or down, all three rows of seats need to move. This process takes a bit too long and in the long run, is begging for something to break. There’s nothing wrong with manual folding seats; they are fast and easy to operate.

Speaking of power, there are USB-C ports throughout the cabin, including two in the back of the front row seats right next to a little slot that is meant for a tablet holder. This is a nice touch to keep wires short and tidy. Technology is seeping out of every pore of the X7, including the 12.3-inch BMW Live Cockpit display in front of the driver, and another large screen in the centre stack for vehicle and infotainment displays. Powering all of this is the seventh generation of iDrive, an exceptional infotainment system that does everything from seat massaging to ambient air control, but notably only supports Apple CarPlay and not Android Auto. 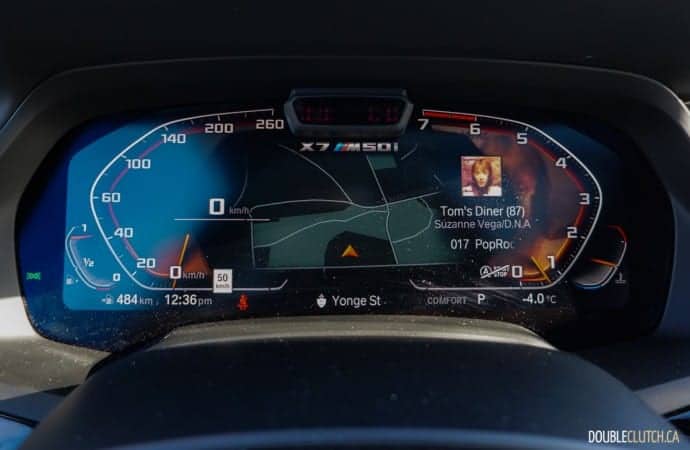 The X7 platform is spacious, but only if you are comparing it to the rest of the BMW product line. Perhaps in an effort to keep the vehicle dynamics in check, the upper half of the body is significantly narrower than the lower. Third row passengers might get decent hip room, but shoulders and heads have a much smaller space to work with. If you plan on waiting for five minutes for all of the seats to fold down, take that time to measure the items you’re going to carry to make sure they fit. There is a $750 option to make the second row seats captains chairs, and this might be well worth it depending on your use case.

Who are we kidding though; prospective buyers are not looking at the BMW X7 M50i with any care for the third row passengers’ breathing room. This is a flagship BMW, a status symbol that screams sophistication and taste by bellowing out an engine sound to lust after. The X7 is the only way you can share that experience with more than four other passengers. 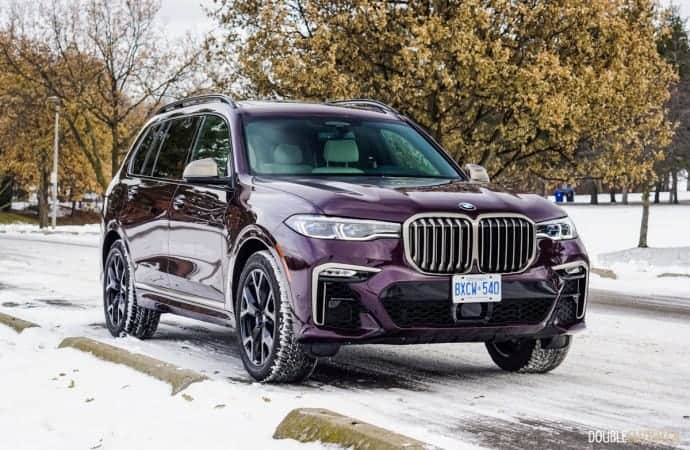 Being a high-horsepower luxury vehicle, it should come as no surprise the MSRP for an X7 M50i is six figures, starting off at $114,050 before selecting from a plethora of options. Our test vehicle was equipped with the Advanced Driving Assistant Package  adding accident mitigation systems as well as Active Cruise Control. Selecting this package means you must also get the Premium Package ($8,000) which adds some premium interior touches, the Sky Lounge panoramic sunroof that allows all three rows a view of the sky, as well as ventilated and massage seats for the front row.

Also along for the ride was the Dynamic Handling package ($4,750) which makes the air suspension an active system, helping mitigate body roll, and perform active damping adjustment. The Integral Active Steering system is also part of this package, which adds variable ratio steering to make low speed maneuvering a lot easier, but also adds rear-wheel steering to make the turning circle even tighter. Our ears were treated to fantastic audio thanks to the Bowers and Wilkins Diamond Surround system ($4,900), for a total as-tested price of $134,700 before fees and taxes. 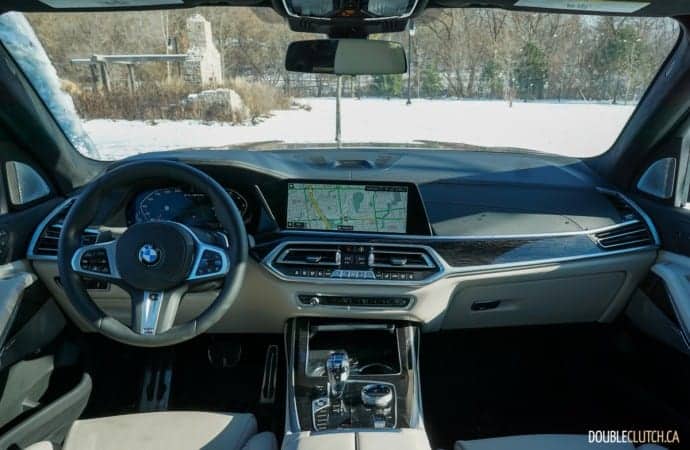 It’s no surprise that the star of the show here is the engine that earns this X7 the coveted M nomenclature. The 4.4-liter V8 engine boosted by two twin-scroll turbochargers belts out a throaty growl at all RPMs, and screams when it hits its peak of 523 horsepower at 5,500 to 6,000RPM. Torque is equally dazzling, as there is a generous 553 lb-ft. of tire twisting torque from 1,800 to 4,600RPM. Despite the 2,548 kilogram (5605 pound) curb weight, the X7 M50i can hit 100km/h from a full stop in 4.6 seconds, which is muscle car territory.

Keeping that horsepower and torque in check is a well tuned eight-speed ZF automatic transmission with paddles, xDrive all-wheel-drive, and an M Sport differential to keep things from getting out of hand. Something we wish more cars would do is that the transmission takes input from the front facing radar sensor to proactively change gears based on road and traffic conditions. An unexpected area of performance excellence for the X7 is in its towing capacity; with a maximum rating of 3,409kg (7,500-pounds) it can pull more than almost anything else in its size class. 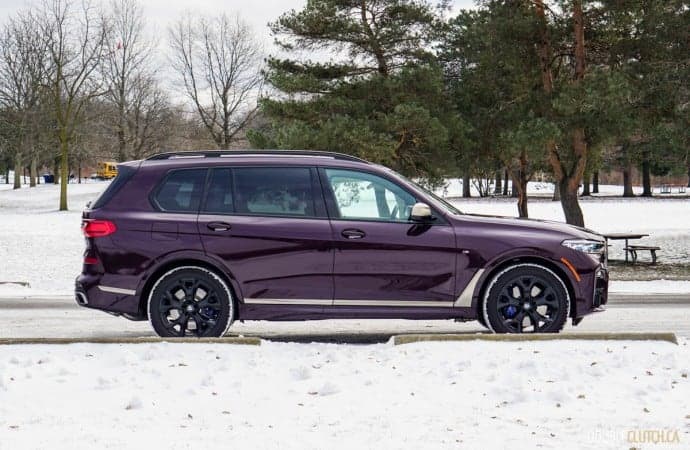 Another thing that should come as no surprise is the size of the fuel bills to keep the X7 M50i humming. Running on premium fuel, city consumption is rated at 15.5L/100km, with highway and combined cycle ratings of 11.4L/100km and 13.6L/100km respectively. A decently sized tank of 83 liters should keep visits to the pump within a reasonable timeframe at least. We don’t expect these numbers to be drastically different than the X7 M50i’s biggest competition, the Mercedes-Benz GLS 580 (first look here).

As far as three-row crossovers go, the 2020 BMW X7 M50i is certainly the one that comes closest to driver’s car type, with blistering fast acceleration and reasonable body control for its size. The engine note is serene, and makes your toes curl every time it starts up. If you need three rows and power all in one vehicle, the X7 is a top contender. All of the technology is a bit of a concern however; we just scratched the surface of what the X7 is packed with, which also means we just scratched the surface of what will almost inevitably fail. If buying is the preference over leasing, buy as much extended warranty as you possibly can. 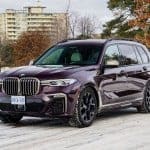 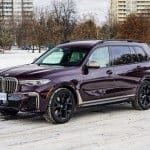 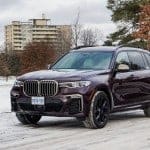 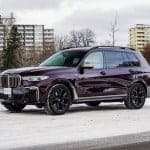 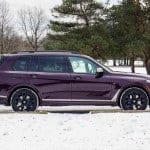 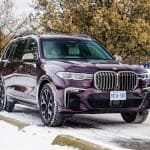 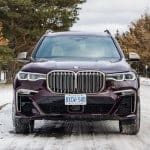 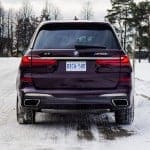 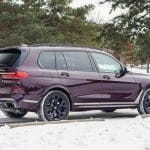 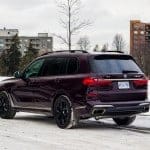 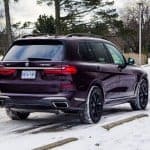 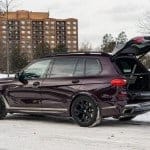 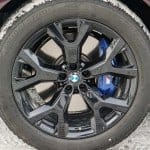 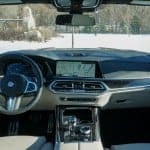 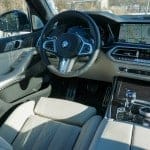 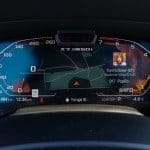 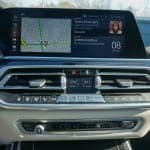 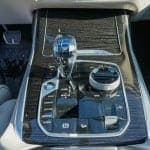 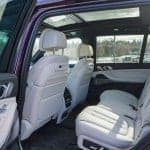 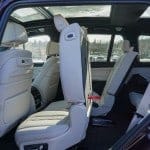 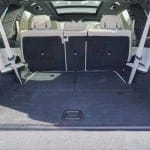 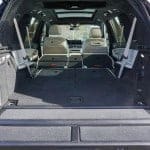