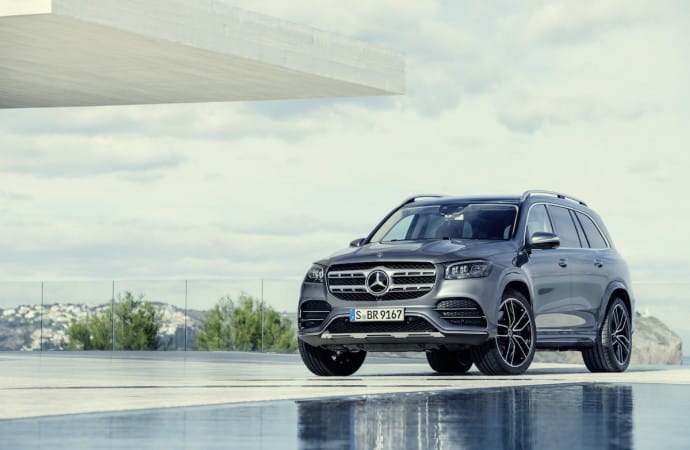 Longer and more luxurious than ever before.

For the first time since 2012, Mercedes-benz has unveiled an all-new GLS. With stiffer competition than ever, the new GLS looks to take competitors on with loads of luxury and tons of technology. 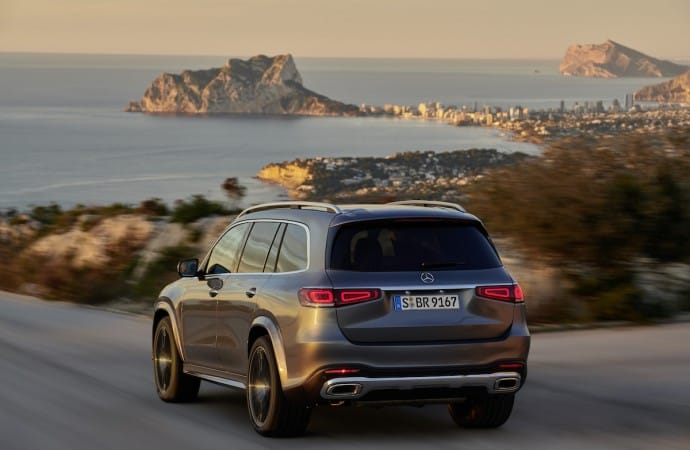 On the outside, the 2020 GLS adopts Mercedes-Benz’s new minimalist styling language with few sharp character lines, familiar front fascia styling and horizontal taillights. All 2020 GLS models come standard with MULTIBEAM LED headlights with 112 individual LEDs per headlight. The 2020 GLS also rides on a 60 millimetre longer wheelbase than its predecessor for increased passenger space and despite its large, upright exterior, the new GLS has an impressive drag coefficient of 0.35. Both standard and sport fascias and wheel options are available and the panoramic roof is 50% bigger for 2020. 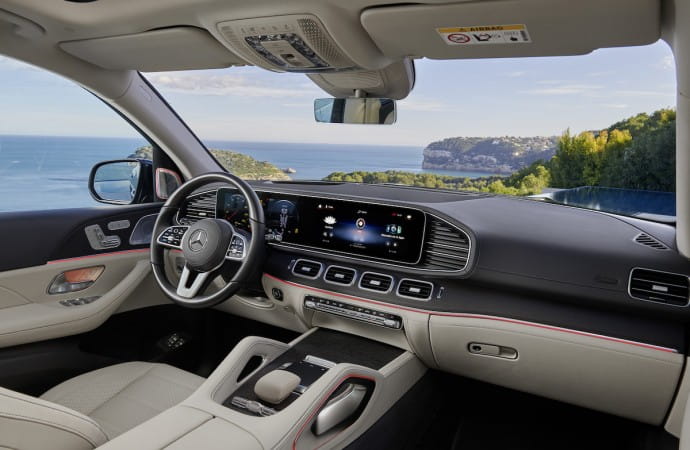 The interior of the new GLS will be very familiar to anyone who’s seen the interior of the new GLE. Dual 12.3-inch screens run Mercedes-Benz’s new MBUX infotainment interface with Hey Mercedes voice activation function and artificial intelligence learning. Moving past the infotainment and gauge screens, the front occupants of the GLS are treated to a symphony of leather, veneer, metal and mood-lighting interior elements that look truly luxurious. Moving on back, the new third-generation GLS is the first one ever to be available with second-row captain’s chairs for an even more luxurious passenger experience. Second-row passengers may also enjoy the optional MBUX rear entertainment system a seven-inch tablet stored in the second-row centre armrest that has similar MBUX functionality to the main infotainment screen. Third-row passengers will also not be left out with available five-zone automatic climate control. 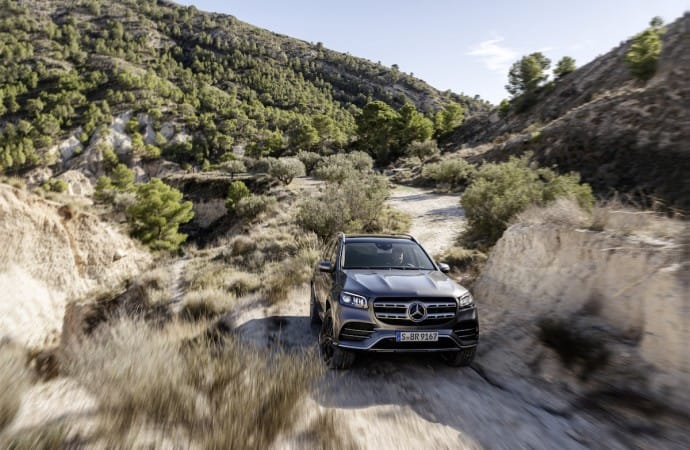 For shoppers that require a V8, a new version of Mercedes-Benz’s familiar 4.0-litre hot-vee bi-turbo V8 with an EQ Boost 48-volt mild hybrid system debuts in the GLS 580 4MATIC. The engine itself puts out 483 horsepower and 516 lb-ft of torque with an additional 21 horsepower and 184 lb-ft of torque available when EQ Boost is active to its full potential. With a manufacturer-provided 0-60 MPH time of 5.2 seconds, the GLS 580 4MATIC has the potential to really boogie. The entry-level GLS 450 4MATIC is powered by Mercedes-Benz’s familiar 3.0-litre turbocharged inline six with EQ Boost. Both engines are mated to a nine-speed automatic transmission and Mercedes-Benz’s 4MATIC all-wheel-drive system. Newly available on the GLS is an optional two-speed transfer case with low range gearing for heavier off-roading. Also available is Mercedes-Benz’s active suspension known as E-ACTIVE BODY CONTROL. It can lean into curves like a motorcycle, counteract roll, pitch and squat, and even help rock the GLS free if it’s bogged down in sand, snow or mud.

Pricing has not yet been announced for the 2020 Mercedes-benz GLS. Expect more detailed pricing to be available closer to its on-sale date late this year.