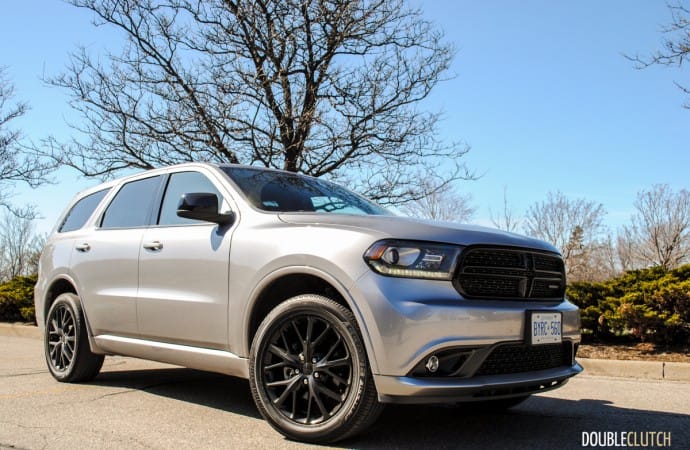 Big on character, big on space, big on capability and big on efficiency.

Dodge has built a business on giving families the space and capability they need at an affordable price. As a full-sized SUV, the Durango sits at the top of the family tree as Dodge’s biggest and most expensive family hauler. It’s one of the few non-compromising domestic SUVs still in the game, and for that reason I can’t help but like it. In fact, last year I reviewed a flashy bright red R/T with a rumbling HEMI and fell in love! This time, I was assigned something that a little more appealing to the average active family; a lower level trim 2016 Dodge Durango SXT dressed up with the sporty Blacktop package. 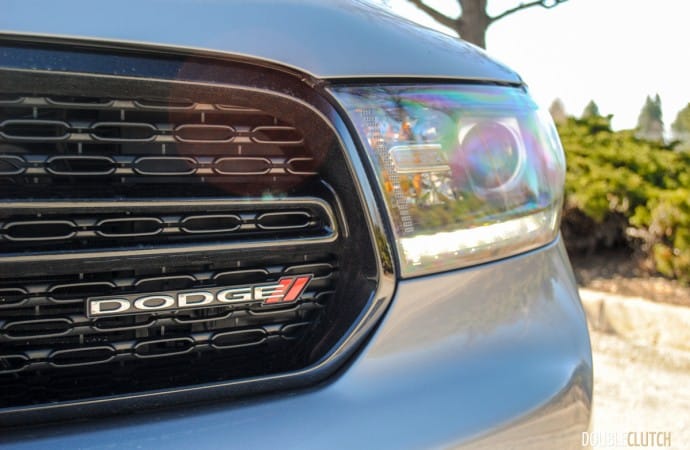 The standard Durango has a pretty imposing look to start with, but when you add the Blacktop package, it starts to look a lot more sinister. For $1,595, this package adds some great-looking gloss black 20” wheels, LED running lamps, gloss black grill, badging and mirrors, unique front and rear fascia, and dual exhaust tips. Combine all of this with the Billet Metallic paint on my tester and you have a pretty mean family hauler. Its sheer size, the prominent racetrack-style tail lamps, and angry front end make the Durango pretty difficult to miss on the road. This also means nobody is going to confuse it with your neighbour’s crossover.

The other big bonus with the Blacktop package is that it comes with some great leather faced seats with well-executed suede inserts. The seats are heated and feel absolutely great – it’s a shame only the driver’s side has power adjustment on this one. The money on the Blacktop appearance package is definitely money well spent, and even though my tester is a basic SXT you’d never know by looking at it. That’s not to say that the Durango is cheap though – the SXT starts at $42,395 and when you add the Blacktop package, and the Popular Equipment group (heated seats, steering wheel and rear-view camera) my tester came in just over $45,000. 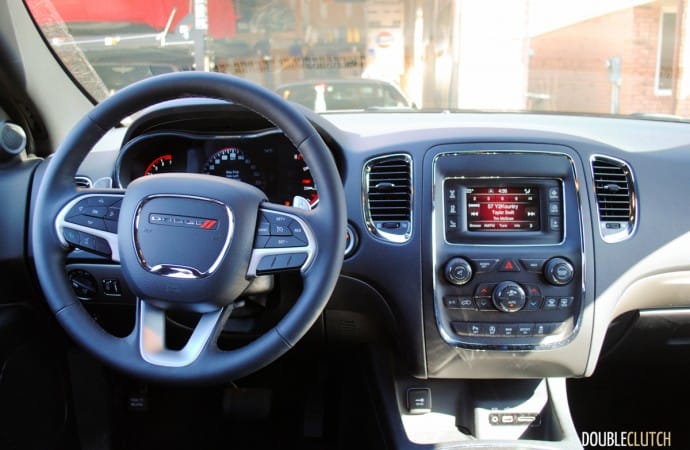 The fancy seats aside, the rest of the interior is pretty standard fare for Dodge. There is lots of matte-finish black plastic, loads and loads of space, and of course the exceptional UConnect infotainment system on board. Space is the name of the game inside the Durango and there is plenty of it wherever you look. Up front I found plenty of trays, cubbies and compartments to keep all my “daily carry” items, and both second and third rows offer plenty of head and legroom. I’d rank the third row near the top of its class for usability as the Durango’s flat floor allows for decent space. The cargo area behind the third row is still decent with the seats upright. All the rear seats do fold flat opening up an expansive cargo area that will handle just about anything.

After spending some time in the Durango I did notice a few features missing that I would have expected around this price point. There’s no sunroof, the rear hatch does not have a power-closer, there’s no blind spot monitoring, and the UConnect screen is the smaller 5” version as opposed to the larger one with navigation I’m used to. While all of these features are nice to have, I’d point out that the Durango’s advantage is that it’s an SUV that’s built to be used like a true SUV. The entry-level 3.6L V6 as equipped in my tester still puts out 290 horsepower and is rated to tow a healthy 6200 lbs. It also boasts a proper AWD system making it a pretty competent all-season hauler. 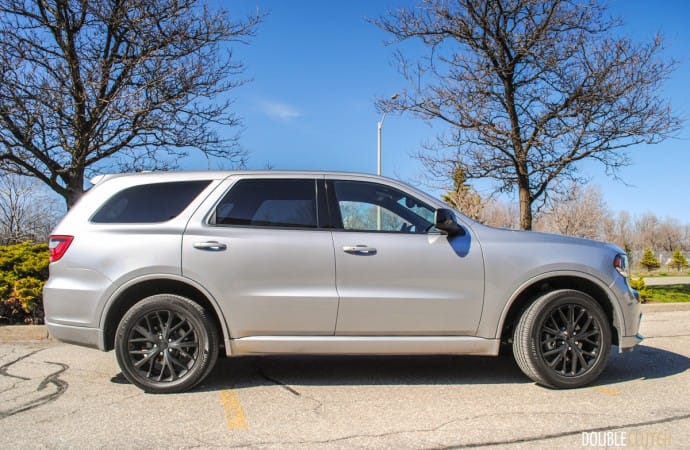 More than its capability though is the way the Durango handles on the road. No, the 3.6L PentaStar V6 isn’t a HEMI powerhouse, and it is a little shy in the torque department meaning the Durango can be a little slow off the line. However, once the revs are up the Durango V6 does get up and go enough to be a bit of fun. The ZF eight-speed automatic makes another appearance here, and in the Durango the transmission feels absolutely flawless with smooth and quick shifting. Paddle shifters were equipped on my tester and I have to admit that I never once touched them; the eight-speed is good enough that I never felt the need to intervene.

Where the Durango really won me over was in the handling department. This is a big SUV and you definitely feel the weight, but despite this, steering response is quick, body roll is hardly detectable in normal conditions, and the turning radius is surprisingly tight. I had zero issues parking the Durango in my tight downtown parking garage at work. Road manners are also a nice plus with the Durango – the Durango remains well-composed, comfortable, and quiet both in the city as well as out on the highway. The city’s jarring potholes hardly phase the four-wheel independent suspension and even at high speeds the Durango feels confidently under control. 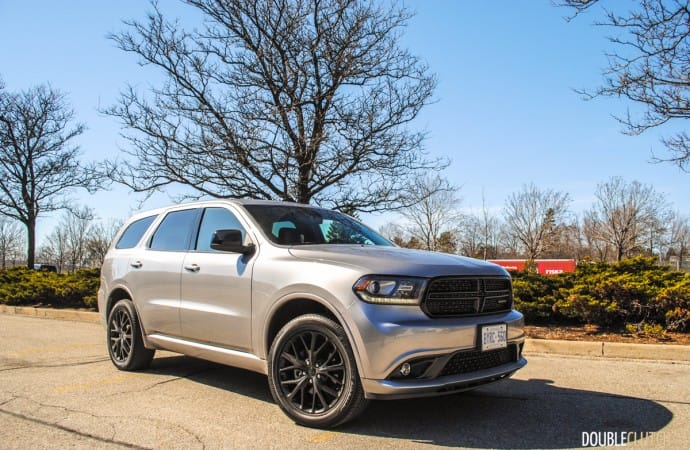 I also came away pretty impressed with the big Dodge’s fuel economy. Given its stature I was expecting the worst, but my week of rush hour commuting, the Durango returned a very healthy average of 11.7L/100km. That’s the best I’ve personally gotten from a full-sized SUV and it speaks to the efficiency of the Pentastar V6 and 8-speed transmission combination. The Durango will accept 87-octane regular fuel without any issues whatsoever, and it has a 93-liter tank capacity.

The 2016 Dodge Durango SXT is big on everything. It’s big on character, big on space, big on capability and big on efficiency. It’s also well mannered and easy to handle in all conditions, year-round. This is a truck that definitely remains true to Dodge’s formula for success; giving families everything they want at an acceptable price. It would be nice if the Durango felt a little more premium given the price point, but as a big family adventure vehicle it’s hard to beat Dodge’s successful game. 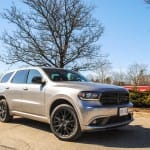 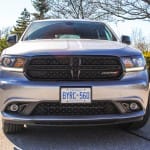 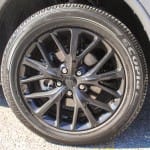 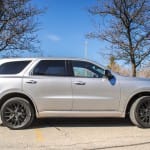 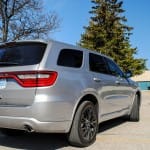 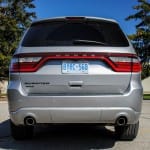 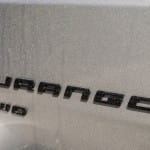 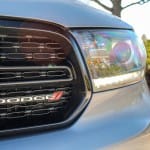 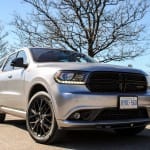 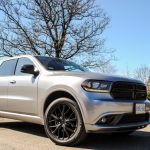 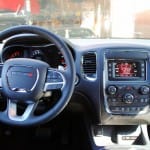 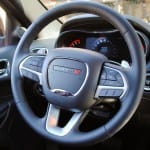 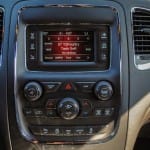 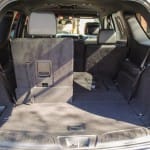