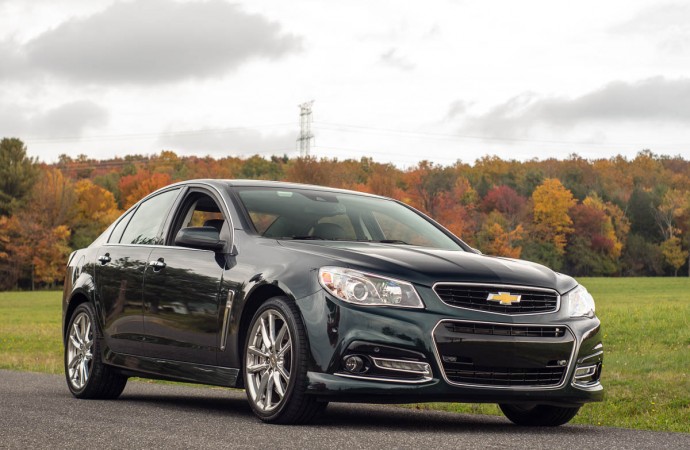 The Chevy SS is one of the best examples of automotive forbidden fruit in 2015.

Automotive enthusiasts on the internet love to salivate over forbidden fruit. The dwindling numbers behind the traditional station wagon is great evidence of this. Many of these people will gladly tell you about all the positive virtues, but when it comes to actually putting the money where their mouths are, a lot of these loud voices conveniently disappear. As part of a media conference in New York State, I recently had the chance to test out what may be the ultimate Canadian forbidden fruit: the 2016 Chevrolet SS. This is a car that was never made available for sale in Canada. 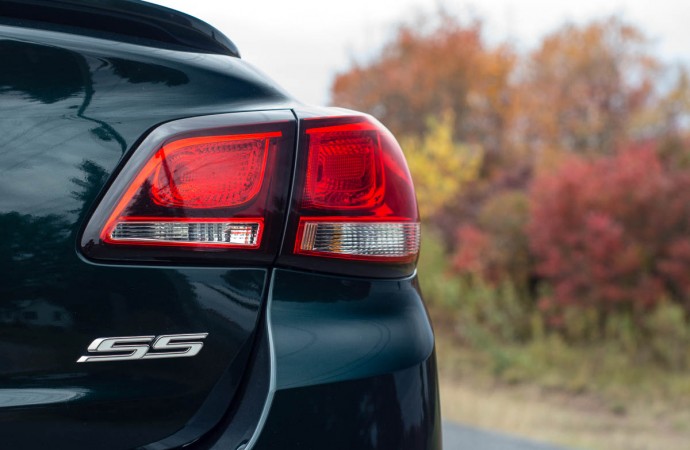 The Chevrolet SS isn’t actually an American car. Those in the know will tell you that it hails from down under, in Australia. Introduced in the 2014 model year, it is based on the current-generation VF Holden Commodore. The Chevy SS makes its way across the Pacific with only a few modifications, to federalize it for American markets. This isn’t to say we’ve never seen this sort of vehicle before – the 2008-2009 Pontiac G8 that graced our market was a fantastic (yet underrated) vehicle that checked a lot of boxes for a lot of people. One of our writers has a V8-powered G8 GT of his own, and being in the same house as him means being able to compare the new Chevy SS with his lightly-modified G8 GT.

The Holden Commodore hasn’t changed very much from its time spent being the Pontiac flagship. The tall greenhouse and soft curves remain, with a very pronounced rear-drive architecture – the front wheels are pushed right to the front corners. I especially like the aggressive fender flares, carried over from the G8. The tall greenhouse ensures lots of headroom for front, as well as rear occupants. Rear legroom in particular is a strong suit for the SS. 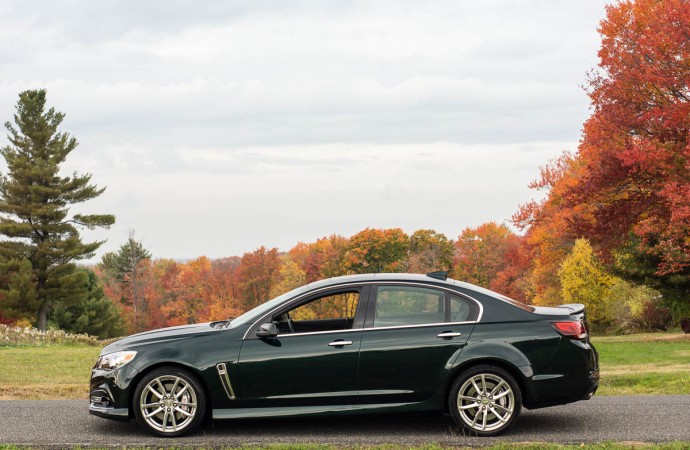 This is a traditionally handsome car that should age well, but in typical Chevy fashion, there’s lots of chrome everywhere. It’s enough that I’ve heard of some cars undergoing “chrome deletes”. What I like is its understated appearance, free from big wings, obnoxious emblems, and random frills. The one downside that some have pointed out is its ability to blend in, almost too well. Uninformed observers from afar may mistake it for being a Chevy Malibu. Be careful – you may just offend the SS owner if you call his or her car a Malibu.

Inside, the interior is much improved compared to the former G8. Firstly, there’s a lot more alcantara – a large strip runs horizontally across the entire dashboard with an embossed SS logo in red. The steering wheel is typical GM, but the reduced diameter and flat-bottom make it a pleasure to handle in the corners. An 8-inch touchscreen infotainment system integrates satellite navigation and GM’s excellent MyLink interface (not CUE). The aggressively-bolstered seats feature leather seating surfaces, more alcantara, SS-badging, as well as heat and ventilation. My particular tester was also equipped with a configurable heads-up display, which is standard equipment. Right in the middle of the centre console, in between the seats, lives the rotary selector for the different Drive modes (more on this later). The Chevy SS features one of GM’s best interiors at the moment. There’s lots of buttons and dials, but it’s not over-styled, nor is it too busy. Function over form, here. 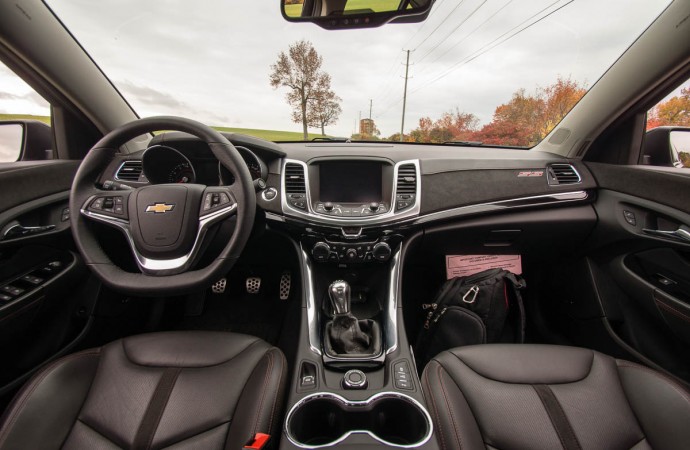 Under the hood lives Chevy’s ubiquitous LS3 V8, borrowed from the C6 Corvette. It displaces 6.2L and puts out 415hp at 5900rpm and 415lb-ft of torque at 4600rpm. There’s no fancy direct injection or turbocharging here – this V8 makes all of its power in a very traditional way. The 2015 update brings what so many have been clamouring for: a proper manual transmission. The old six-speed automatic was pretty good, but the six-speed manual really wakes the car up. Depress the clutch and push the engine start button, and the V8 roars to life, settling down to a slightly lumpy idle. Power is sent only to the rear wheels by way of a limited-slip differential, and 275-section rear tires (on 19-inch forged and polished aluminum wheels).

The 2015 update also brings along GM’s excellent Magnetic Ride Control, which provides very precise control of the variable damping system. It continually adjusts the damper fluid consistency every 10-15 milliseconds in response to selected Drive mode and road imperfections. In other words, body control is dynamically kept in check without sacrificing ride quality. There’s a marked difference between the default “Tour” mode and the firmest “Track” mode. Also hiding in the wheelwells is a full Brembo brake package, with large 14-inch front rotors. It’s a lot of braking hardware to match the big horsepower output. 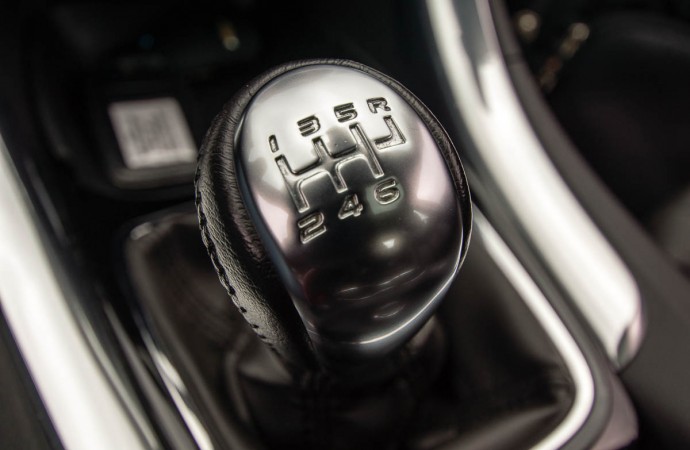 As far as the details go, most enthusiasts who are even remotely aware of the Chevy SS will know what it’s all about. It’s different (and a lot cheaper) than the Cadillac CTS-V, but how the SS excels is how it delivers speed. It builds speed in a more traditional way, thanks to its lack of forced induction. The fact that it’s available with a manual transmission is just icing on the cake. The V8 music entering the cabin is unadulterated – there aren’t any virtual sounds being played through the speakers here.

The clutch took a little getting used to, but the feel is quite direct and quick to bite. Heel-toe shifts are quite easy, and if you get it right, you’re rewarded with a great sound from under the hood. The steering ratio in particular stood out compared to the G8 – the electric power steering significantly speeds up the steering, and feel through the wheel is surprisingly decent. I was never a huge fan of the hydraulic steering system in the G8, for what it’s worth. 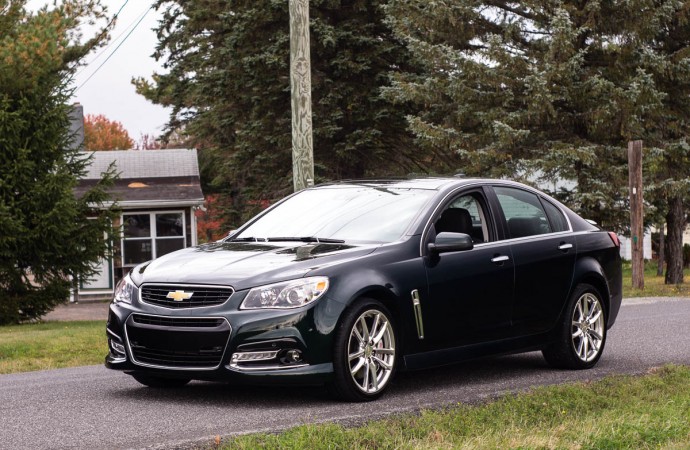 Chevy SS enthusiasts will also likely be aware of the fuel efficiency numbers it posts. No thanks to the lack of Active Fuel Management cylinder deactivation, it only manages to be rated at 15mpg (or 15.6L/100km in metric) in the city, and 21mpg (11.2L/100km) on the highway. As a result, it’s also hit with the gas guzzler tax, at least in the United States. Premium fuel is required, and the SS will take 18.8 gallons, or 71L of it.

The Chevy SS really is a simple car when it comes to pricing structure. When you walk into your local (American) Chevy dealer, all you’ll need to do is pick an exterior colour, manual or automatic transmission (either of which are no-cost options), and whether or not you want a sunroof ($900). That’s it. The SS starts at $45,745 USD, and my particular tester came equipped with the sunroof, bringing the as-tested price to $46,645 USD. This is before additional dealer fees, taxes, and the dreaded gas guzzler tax. 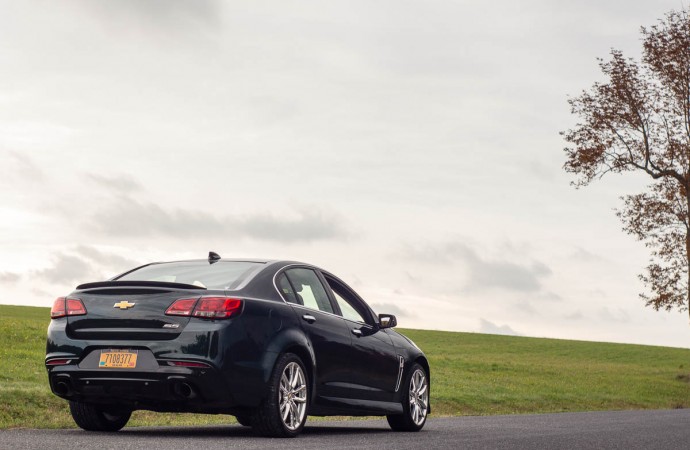 The Chevy SS is one of the best examples of automotive forbidden fruit in 2015. It’s an honest-to-goodness performance sedan that can go fast, produce great sounds, and carry five in comfort. General Motors has announced that production of the SS will be ending in 2017. This also unfortunately means all Australian Holden production will also come to an end. It’s pretty much accepted that GM is only producing the SS for North America to keep some production going in Australia – you can see this in the annual sales numbers.

For the entire 2014 model year, there were only 2500 examples sold in the US, and the 2015 numbers are looking to be fairly similar. There isn’t any marketing behind this model, which is a shame, because so many people are missing out on one of GM’s best-kept secrets. The buzz from GM behind the SS pales in comparison to all the marketing dollars spent promoting the new Cadillac ATS-V and CTS-V. At the end of the day, I’m just happy to have been able to play with a vehicle that is so good in so many ways, but simply isn’t available for sale up here in Canada. I really do hope enthusiasts keep the flame and memory alive for cars like the Chevy SS. 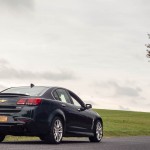 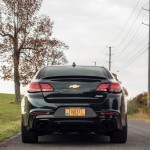 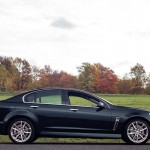 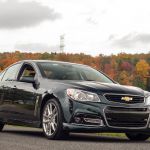 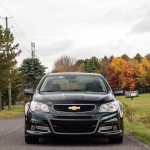 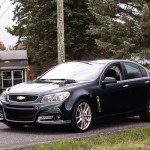 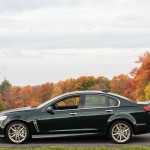 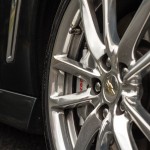 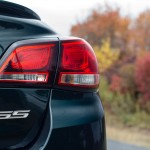 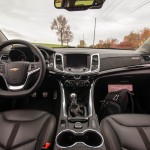 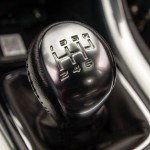 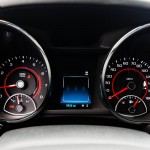 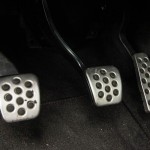 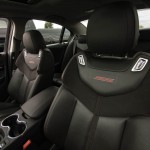 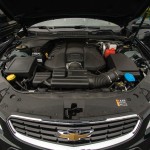 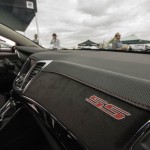