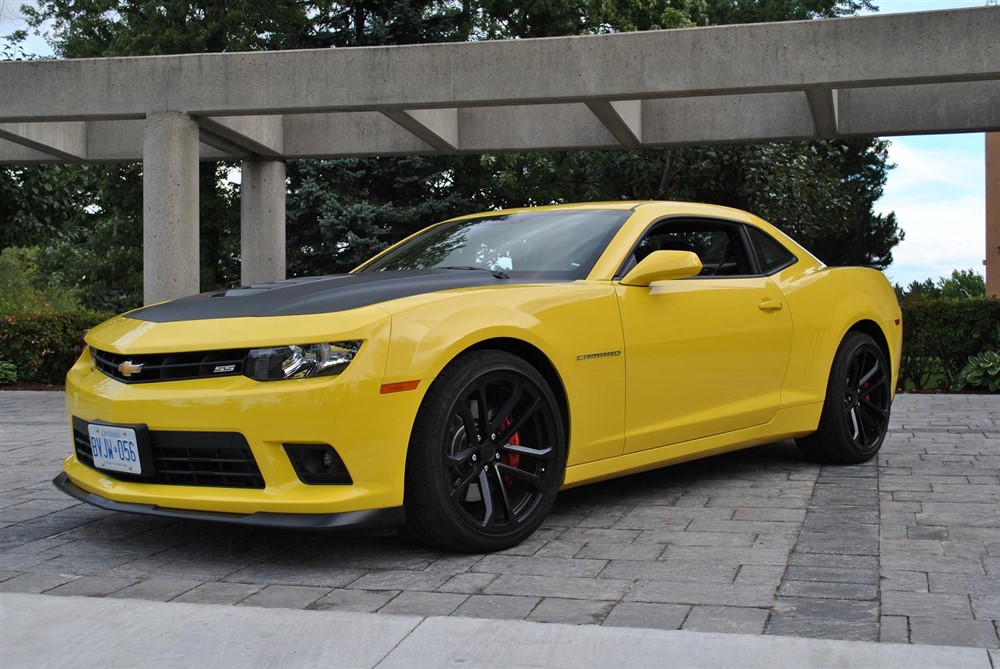 This is no baby Bumblebee |

This is one of the very few cars that I’ve had difficulty prying myself out of.

Let me frame this review with the fact that I am a bit of a Camaro loyalist. I spent a fair bit of my childhood in the back seat of a Camaro, and to this day my personal daily driver remains a 4th generation version of the Camaro’s sibling, the Pontiac Firebird. In fact, I may have been just a little too loyal to the 80s and 90s versions that I am most familiar with, because about five years ago when GM finally launched the 5th gen Camaro, I didn’t immediately fall in love. Over the years though, I’ve grown to know and appreciate the car that the fifth-generation Camaro really is. After a refresh in 2014, GM has made some strides towards perfecting the Camaro and offers a few very purpose-built packages. When I first saw the bright yellow 2015 Camaro SS equipped with the “1LE” performance package, I knew I had to get some seat time in it. 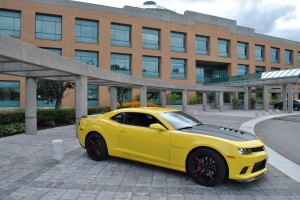 Firstly, I think a quick history lesson on the 1LE package is in order. In the late 1980s, a new SCCA racing class known as “showroom stock” had opened up; so to ensure that their factory IROC-Z cars would be winners, the engineers at GM developed the 1LE performance package. It was only available on specifically optioned cars and added bigger brakes adapted from the Corvette, fuel tank baffles, stiffer shock absorbers, and deleted a handful of standard non-performance features in the name of weight savings. These original 1LE cars dominated their racing series and live on as very sought-after cars.

My bright yellow 1LE test car remains very true to the original intentions of the 1LE package. As a 1SS car, it is what I’d consider a base model V8 with the only two options ticked off – the dual mode performance exhaust and rear view camera. The 1LE performance package itself adds a very modest $3,675 to the cost of a base model 1SS. I say modest because this package really does add everything a performance freak would want to the car. The noteworthy additions are stunning 20” satin black rims with massive 285/35/ZR20 Goodyear Eagle F1 Supercar tires, unique front and rear spoilers, 3.91 axle ratio, high-performance suspension, and a suede-wrapped steering wheel and shifter to help you keep a grip on all the excitement this car delivers. 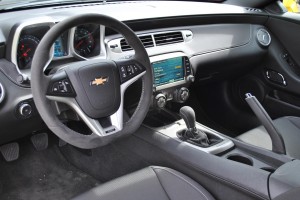 Jumping into the 1LE’s rather unchanged and simple interior and firing up the ignition delivers a growl from the exhaust that I simply cannot describe in words. This car has to be one of the most aggressive and raw-sounding cars I’ve driven to date. The sound is absolutely infectious and just sitting in the driver’s seat makes you feel like you’ve gained 50lbs of muscles, tattoos and bandanas. You’ll want to look good behind the wheel though; between the sound, the bright yellow paint on my tester and the super aggressive stance of the 1LE, it’s impossible to go unnoticed.

After only a few moments behind the wheel, it’s clear that this car was built for a purpose. Stripped down and tightened up, this beast can be driven right out of the showroom and onto the race track. The heart and soul of this car is its 426-horsepower 6.2L V8. The General clearly knows how to build a V8 and this is no exception. Tame and efficient when necessary, but when asked, the 6.2L roars to life with more than enough power to violently thrust you and your passengers immediately into the Camaro’s comfortable cloth bucket seats. The clutch built to harness all its power is firm and grabby, yet still very enjoyable and livable even in traffic. The 6-speed manual gearbox doesn’t disappoint either. Briskly power-shifting through the Camaro’s gears is a very satisfying and exhilarating experience. 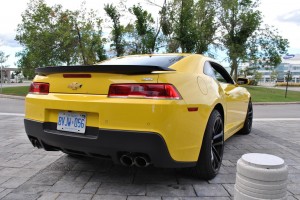 Putting all that power to the ground are the monster Z-rated Goodyears. The combination of these tires with the Camaro’s newly found downforce, thanks to tweaks to the front and rear fascias, mean this is one Camaro that actually feels like it fuses itself to the road. Even with the thrust of the massive V8 behind it, the tires seem to defy physics and firmly keep the rear end in place when pushed around corners. Up front, the 1LE’s performance suspension and handling package provide extremely responsive and precise steering with plenty of feedback coming back through the wheel. If the Camaro doesn’t like what you’re doing behind the wheel, it’s going to let you know! Despite these impressive levels of grip, the 1LE still knows how to have fun.

As a performance car, the 1LE is a very compelling package. The as-tested price on my bright yellow beast is $46,470, and I firmly believe that it would be very difficult to find another car, right out of the showroom, that could hold a candle to this creation that provides this amount of value in the performance class. It’s truly a bargain and it’s no wonder that the enthusiast forums are reporting 6+ month wait lists for the 1LE in some regions. If you’re having trouble justifying the extra money and potential wait time for a 1LE, remember that this is a limited-production performance car. If there is any Camaro you can buy at this price point that’s going to retain its value and desirability, it’s going to be this one. 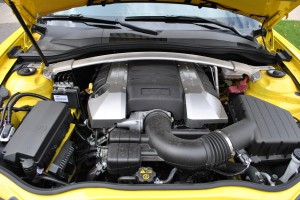 A word of warning though, the 1LE is not a car that is built for what I’d consider daily use. Having driven a fully loaded 2SS automatic example just days before the 1LE, I will attest to the fact that the 1LE feels like a completely different car. The regular 2SS is a car I could easily live with day-in and day-out, and even through our Canadian winters. The 1LE is not a car I’d want to attempt that with. It’s harder, noisier, louder, and lower. The 1SS trim is also missing some of the features many drivers may have become accustomed to, such as heated seats, automatic climate control and a decent stereo. It’s also a car that feels like it’s constantly enticing its driver to push down that right pedal and row through the gears, a trait that will result in hefty fuel bills. Speaking of which, during my week of mixed driving, I averaged 12.8L/100km. I did see as low as 8.5L/100 on a highway run, but the sound of the Camaro’s roaring V8 meant it was difficult to keep fuel savings as a priority.

This is one of the very few cars that I’ve had difficulty prying myself out of. It’s just an absolute blast to drive and I found myself making excuses to go out for a drive all week. If it’s affordable performance you’re after, the Camaro 1LE is your answer. Given the means and the space, I’d happily slot one of these in my garage beside its older siblings and keep it reserved for track days and the occasional summer cruise. 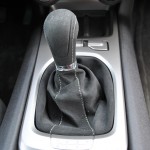 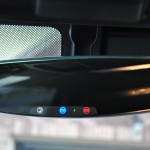 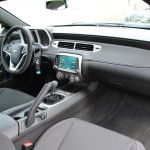 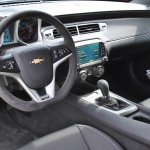 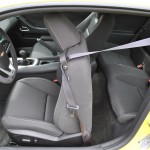 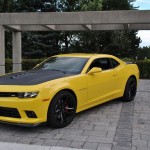 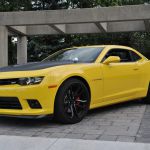 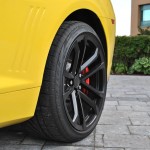 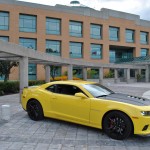 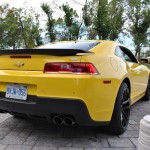 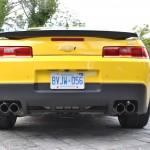 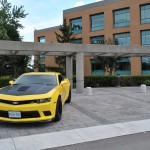