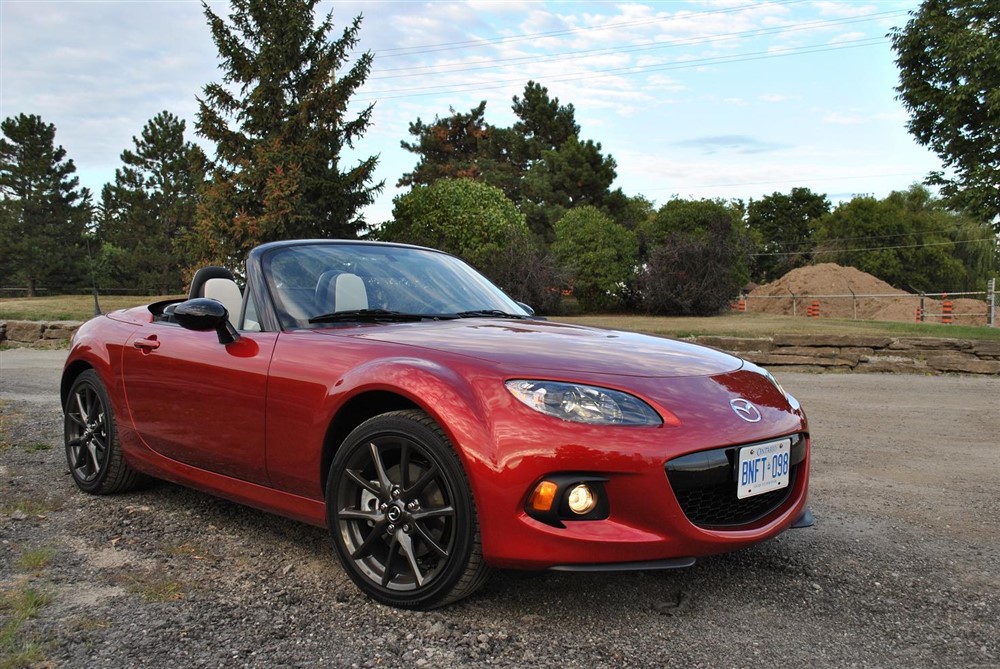 One of our favourites gets a limited model |

As I sit here and write this, the next generation ND MX-5 Miata is being revealed.

Those that know me know that I am fanatical about small roadsters. For me they represent all the best aspects of the automotive experience. There are few things better than a good road and an open top roadster on a warm summer morning, the breeze in your hair and the mellow tone of a properly tuned exhaust over your shoulder. My roadsters of choice tend to be of the older British variety, but I’ve always had a strong affinity for their younger Japanese cousin, also known as the MX-5 Miata. For those who have not experienced an MX-5 from the driver’s seat, let me tell you that any notion you may have of it being a girly hairdresser’s car will fly out of the open top after only moments behind the wheel. I have driven and loved both of the previous generations, but despite the fact that the current NC model has been out for nearly 10 years now, I had yet drive one. Fittingly, during the week the next-generation car was released, Mazda handed me the keys to their 2015 Mazda MX-5 25th Anniversary edition so I could finally log some serious seat time with it. 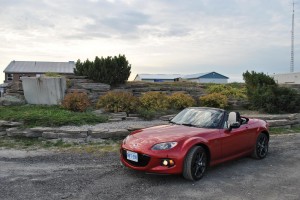 Fortunately for me, the last of the NC’s, the 25th anniversary model is the pick of the litter. Built as a tribute to the 900,000+ MX-5 lovers worldwide, the 25th Anniversary Edition comes with a plethora of special design features including dark gunmetal 17in rims, black body accents, gorgeous off-white leather interior and is only available in Soul Red Metallic. Interestingly, each of the 25 anniversary edition models are numbered and come equipped with a fender badge displaying the production number – my tester is #738. More importantly though, this edition is more than just kit, they actually come equipped with individually selected and matched lightweight pistons, connecting rods and flywheel. At the risk of pointing out the obvious, if you’re thinking about buying an MX-5 this is absolutely the one to get. At just dollars shy of $41,000 the Anniversary Edition’s pricing is very closely aligned to that of a regular top line GT trim Miata, so if you can get your hands on one, this is definitely a value-added package. Plus, let’s not forget that years from now, it is very likely to be a model that will be sought after by collectors and Miata enthusiasts.

The true beauty of any roadster goes well beyond its aesthetics. It really is all about the drive, and this is where the Miata has never failed to deliver. There are plenty of faster, tighter and more powerful cars out there, but few can hold a candle to the experience behind the wheel of the MX-5. It’s just so easy to drive, yet it still manages to feel so rewarding when you do. The steering, clutch and gearbox are all extremely precise and engaging, but somehow are still light and easy enough for comfort on the daily commute. Stepping out of the Scion FR-S tester and into the MX-5 I was immediately impressed by how much more relaxing the Miata was to drive in heavy city traffic. While the FR-S is more of a hardened sports car, the Miata is definitely more livable and well-rounded. 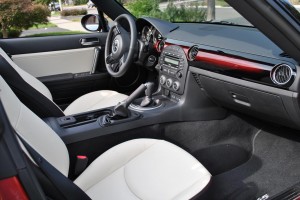 The little 2.0L engine under the hood of my MX-5 has been perfected over the years and does a great job delivering its 167 horsepower at 7000rpm. Maybe it’s the specially selected lightweight components in the Anniversary Edition, but even at those higher RPMs this engine remains smooth and predictable. The exhaust note from the dual outlets is magical and there is no better companion on a crisp morning drive.  Throttle response is impressively sharp and accelerating briskly as you effortlessly row through the 6 gears is simply an infectious experience.  Despite that exhaust note coaxing me to push that right pedal just a little more, I still managed to average a healthy 8.3L/100 on premium fuel through the duration of my week  comprised of open road bliss.

As I sit here and write this, the next generation ND MX-5 Miata is being revealed. While I have to wonder if and how Mazda is ever going to find a way to improve upon the driving dynamics of the Miata, it’s clear to me that the vessel of such greatness is due for an update. In fact, the interior in this 2015 model looks and feels only mildly different that the 1990 version owned by our editor here at DoubleClutch.ca, although I do believe that his car has a little more interior storage space. The center stack is what bothers me the most in the MX-5, its grey drab plastic feels out of place in such a fun car, and the now antiquated multimedia interface is definitely due for a refresh. That said, the seats in my tester are phenomenal and even after spending a solid 3 hours in the car I stepped out feeling great. 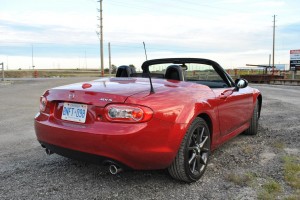 Speaking of long drives, the MX-5 is not what I would consider a great highway car; it’ll get the job done, but even with the retractable hardtop in place road and wind noise does become an annoyance. Moreover, cruising along at 110km/h will have the engine revving at around 3300rpm and generating a noticeable drone from the exhaust. The retractable hardtop itself is an engineering marvel, I’ve always found these things impressive feats of engineering and convenience and it’s one of the reasons I purchased my Mercedes SLK. The top on the Miata operates incredibly quickly and I am pleased to report that unlike the British roadsters I am used to, doesn’t leak a drop of water in the rain. I was slightly surprised to see a manual latch for the roof, it seems like in designing such an impressive hardtop it wouldn’t have taken much more to incorporate an automatic latching system, especially on a car with an MSRP north of $40K, but to Mazda’s credit it’s a very easy system to operate.

The bottom line on the MX-5 Miata is this; this isn’t a car for someone who wants to have the latest toys and electronic gadgets. This is a car for someone who really wants to drive it and enjoy every minute of it. Whether you’re slugging through traffic or tearing up the back roads on a perfect Sunday morning, the MX-5 is an excellent companion. While the as tested price of $40K does seems quite steep for what it is, remember that these things start at $29,000, and with the latest model being released tonight, those currently sitting on dealer lots are about to become an even better bargain. 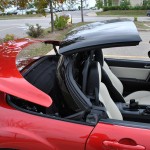 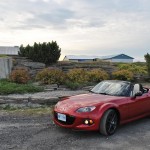 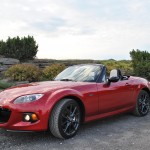 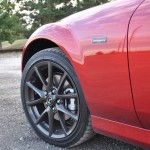 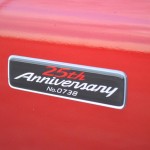 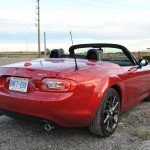 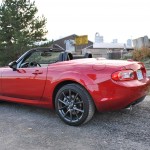 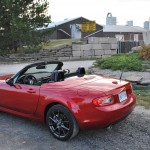 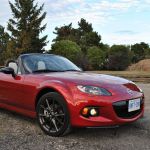 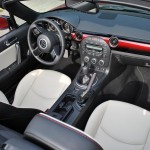 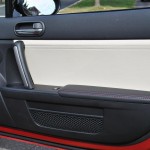 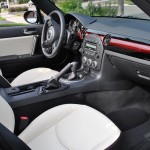