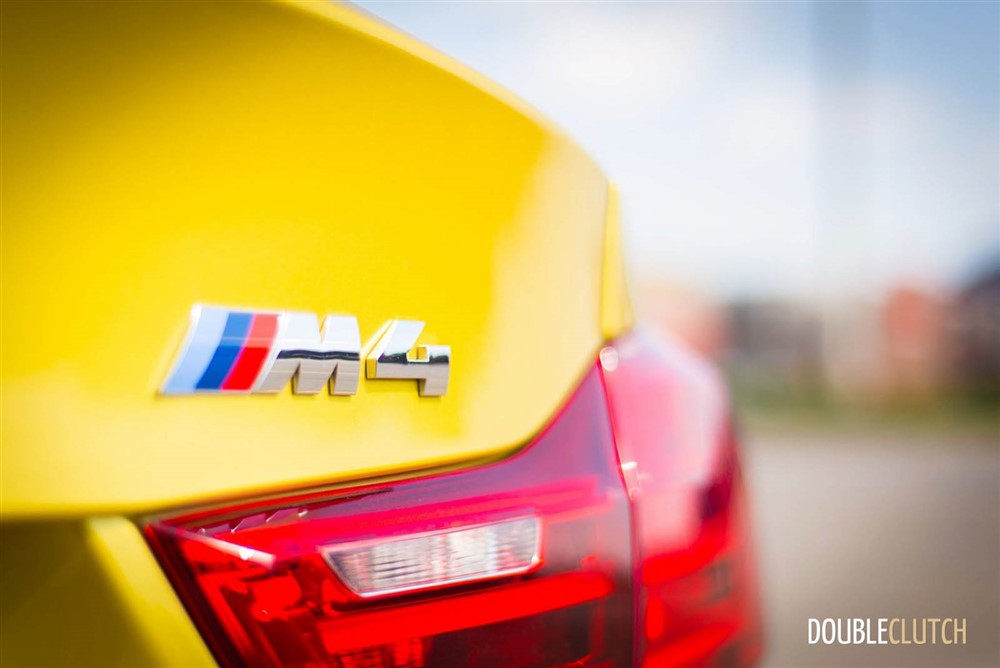 Just starting the M4 in an underground parking garage causes a stir; it’s loud and proud.

My editor wrote a pretty emotional piece last summer after driving the outgoing (chassis code E92) BMW M3 Coupé. We all agreed that it was one of the best test cars we have ever had even though we’ve had considerably faster, more expensive, and more luxurious cars in the garage before. With regulations and technology moving away from large displacement motors and more towards smaller engines with forced induction, the discontinuation of the V8 M3 was the end of an era. Literally all year we’ve been anticipating its replacement, now called the M4. I was exceptionally thrilled when BMW offered us a weekend with the 2015 M4 pending our full week to gauge some initial thoughts. 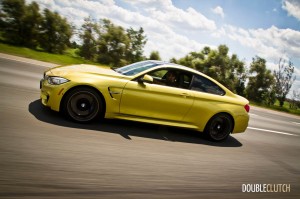 The familiar displacement BMW has been using in a lot of its other applications is also here; the M4 is powered by a 3.0L inline 6-cylinder. However, make no mistake, this isn’t a “plebian” 435i xDrive; this M4 is a real M-car. This motor is given the code S55 and is twin-turbocharged. The results are 425 horsepower and 406 lb-ft of torque. Maximum horsepower is available between 5,500rpm and 7,300rpm. This thing is a rocket in every way possible – it sounds just as mean as it looks. The exhaust note of the M4 is to die for; it rumbles under idle with confidence and takes off like a bat out of hell. Just starting the M4 in an underground parking garage causes a stir; it’s loud and proud. Thankfully, the M4 hasn’t been mandated with all-wheel-drive yet; it’s still a proper rear-drive sports car.

A 7-speed M-DCT dual-clutch is available, but thankfully my test car was equipped with a proper 6-speed manual. It’s one of the best manual transmissions available on the market – the shifter is light and has decent throws, and the clutch has great feedback. Rev-matching and heel-and-toe shifting is effortless and doesn’t really require a learning curve. What does, however, require a learning curve is the sheer amount of power this thing has. There’s a little bit of turbo lag before both turbos kick in, but when they do, you’re literally gone. 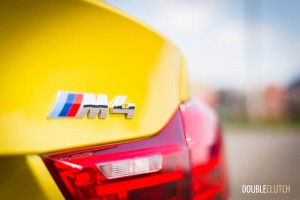 As in the outgoing M3, there are configurable “M” driving modes. Whoever had the car before us set them up properly, exactly as I would have. “M1” was set with steering, engine management, and everything else in “Sport Plus”, and all assists were turned off. “M2” was set up to be the quiet, efficient mode with everything in “Comfort”. No issues here; I used the former around town and during spirited driving, and pushed it into “M2” while cruising on the highway. In what I like to call highway mode, the BMW M4 still sports the looks and muscle of a real M-car, but quiets down considerably. The rumbly exhaust note is toned down and throttle response is tuned for efficiency.

Handling is incredible. The electric steering is almost a mind-reader; it directs the car with such precision that it’s hard to believe. The M4 corners like it’s on rails, and is every bit as good as the enthusiasts say. It’s not at all hard to believe why these things hold their value so well in the long run; it’s perfection. The M4 starts around the $75,000 mark. Our test car was equipped with a bunch of packages and toys that brought the as-tested price to $87,000. I’d pass on things like the ConnectedDrive package and a couple other gizmos, so my ideal car would sit right around the $83,000 mark. 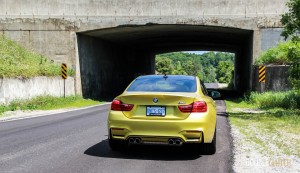 The biggest surprise I found with the new M4 is the fuel efficiency. With the old V8, numbers below 13L/100km were unheard of. When we first picked up this test car, I noticed that the previous driver had achieved an average of 9.7L/100km. I figured whoever this guy was had to be doing a highway run, so I reset the average immediately. To my surprise, after a weekend of safe fun, our average didn’t change much. Observed economy for this quick spin was 10.2L/100km… on a car with over 400 horsepower!

Passerby were gawking at the M4 while it was in our possession. We actually used it as the “halo car” for our first DoubleClutch.ca Car Show & Cruise. It was in the company of some stellar vehicles, new and old. We had cars from new Mercedes-Benz CLA45 AMGs to new Corvettes as well as a 1990s BMW 840Ci and a 1965 Mustang. Still, never before have I had people pulling up on both sides of me on the highway to take photos. People were giving me the thumbs-up literally everywhere I went, and I couldn’t park the car without a crowd gathering around it. Perhaps it’s the fact that it’s brand new, and perhaps it’s the bright Austin Yellow paintjob. Whatever it may be, this car already looks like a winner. Is it the best car I’ve ever driven? Probably not, but right now it’s the highlight of my summer. Stay tuned for our full review near the end of the summer. 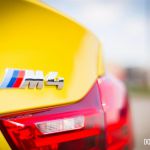 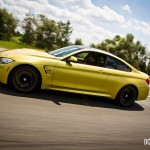 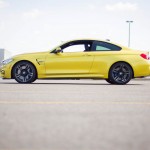 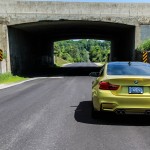 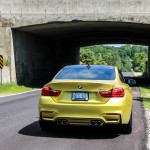 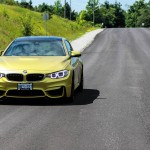 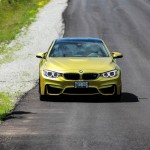 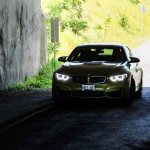 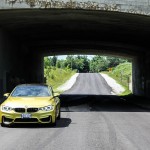 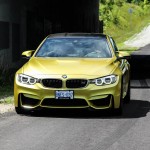 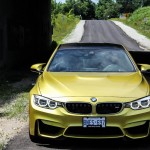 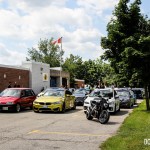