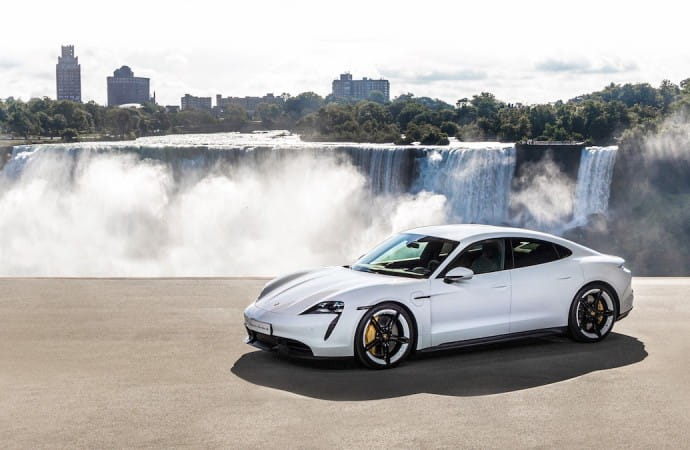 Four years ago, Porsche debuted the Mission E concept in Frankfurt. It was sleek, all-electric and definitely a Porsche. Just this morning, Porsche pulled the wraps off the production version, now dubbed Taycan, and it’s as sleek, slick and sporty as ever. 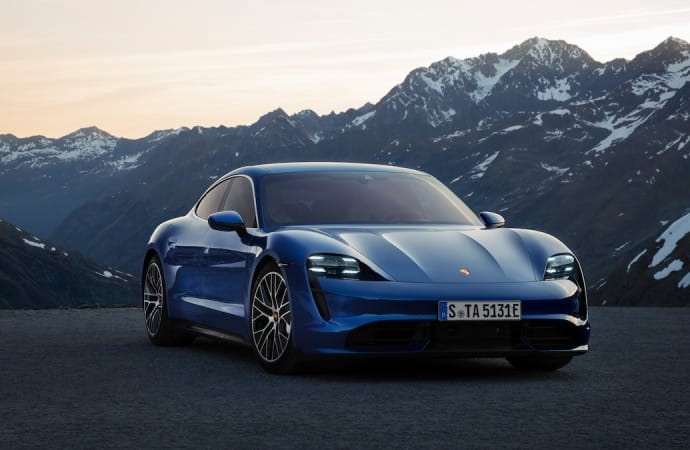 The front end of the Taycan is somewhat of a departure from Porsche tradition with its horizontally-oriented headlights. Some will like it, some will not. What isn’t as controversial is the noticeable three-box influence to the Taycan’s rear end, preventing it from appearing too bulbous from the side and rear-quarter views. The pronounced haunches, wider on the Turbo S than on the Turbo, also add a healthy dose of visual aggression and provide a visual link to the 911 sports car. The Taycan has also been graced with a dramatic tumblehome that highlights the low centre of gravity afforded by the floor-mounted battery pack. 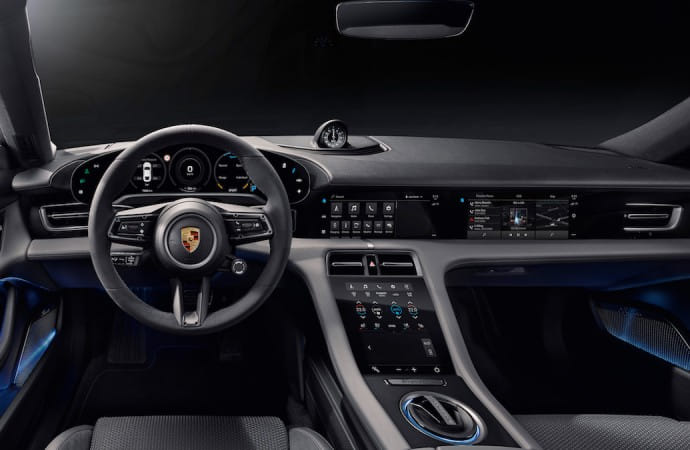 Technology dominates the Taycan’s interior. Despite the minimalist aesthetic of current Porsche interior design, the new electric sedan’s dashboard packs four separate displays, one for the gauge cluster, one for the infotainment, one for the climate control and one for the passenger’s entertainment. All four screens are crisp and luminous and just about everything surrounding the screens is covered in or made from high-end materials and the rear seat is available in a two-seat or two-plus-one seat configuration. Everything considered, it’s a stellar interior that’s quite becoming of a premium electric sedan. 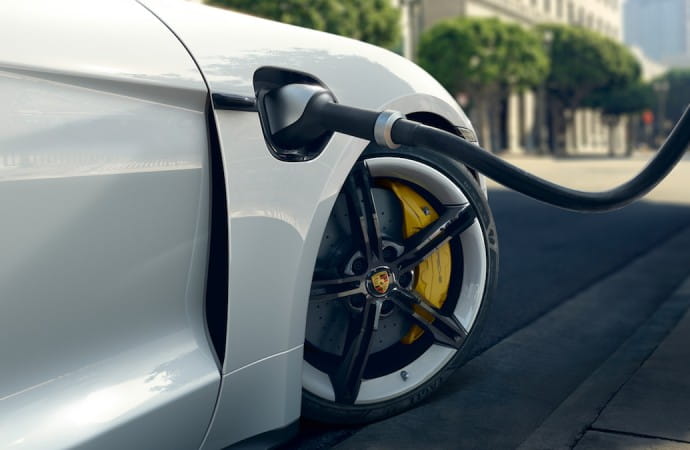 The new Taycan is capable of utilizing 800-volt DC-to-DC fast charging technology which means that under peak charging efficiency of 270 kilowatts, the Taycan’s battery can be taken from dead to eighty percent charged in as little as 22.5 minutes. Total electric driving range on the European WLPT cycle is 460 kilometres and the battery has a capacity of 93.4 kilowatt-hours. In Turbo S trim that aforementioned battery is capable of generating 750 horsepower under launch control and overboost and 774 lb.-ft. of torque (670 horsepower under launch control and 626 lb.-ft. of torque in regular Turbo trim). The rear axle has a two-speed transmission which lets the Taycan Turbo S reach one hundred kilometres-per-hour in as little as 2.8 seconds and still be able to lay down a Nürburgring Nordschleife lap time of seven minutes and forty-eight seconds, a record for a four-door electric vehicle. The normal Taycan Turbo is expected to do the zero-to-one-hundred km/h dash in 3.2 seconds. Other available driving technologies include four-wheel steering  (standard on Turbo S models and optional on Turbo models), sport dynamic dampers, carbon-ceramic brakes and a sound symposer that allegedly enhances the sound of the electric powertrain (optional on Turbo models and standard on Turbo S models). 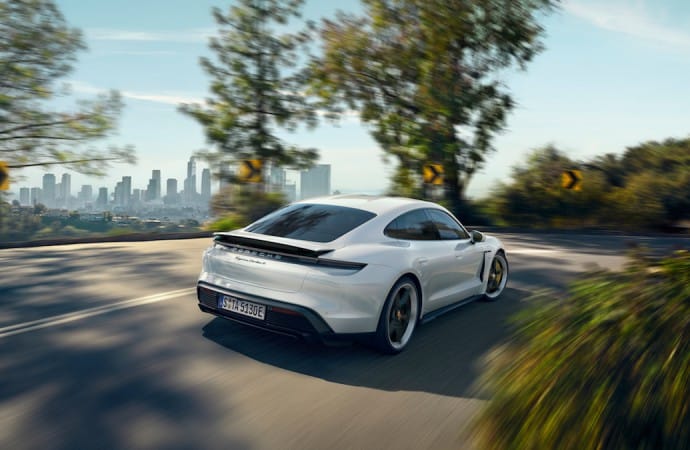