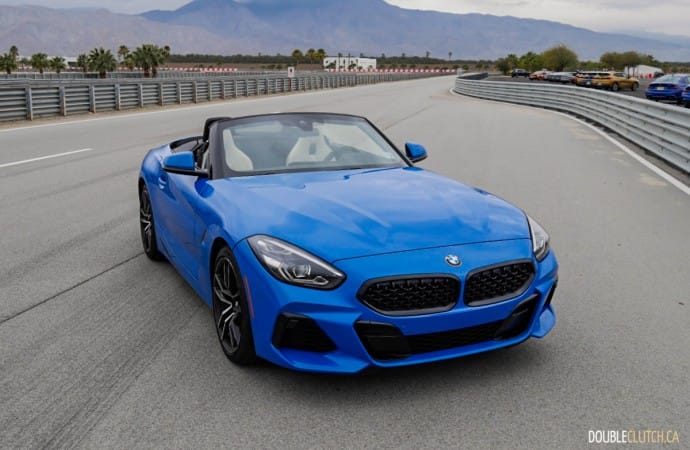 The new Z4 is a legitimate contender one of 2019’s best new sports cars.

PALM SPRINGS, CALIFORNIA – Much has been published about the all-new Toyota Supra in the years leading up to its launch. This week, we have had the opportunity to sample a car that has drawn far less attention, but one we feel is equally as important as they share the same underpinnings. BMW Canada invited us to Palm Springs to test the 2019 BMW Z4 sDrive30i in its natural habitat. 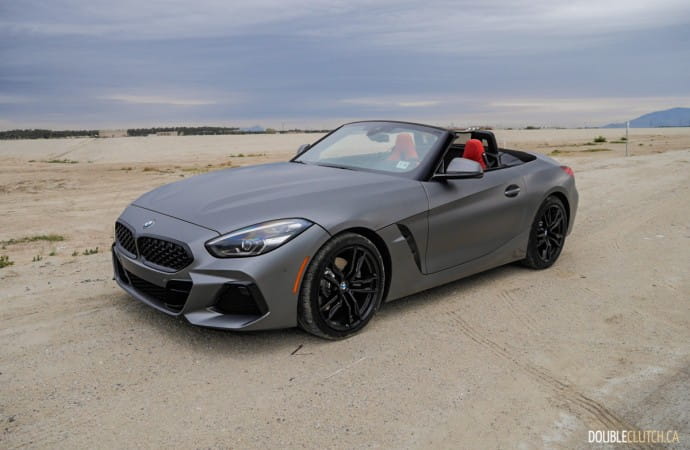 First things first; the 2019 Z4 sDrive30i Roadster looks awesome in person and looks much better than in photos. It features a low-slung and athletic stance that makes it look planted to the ground and ready to dance. Its dimensions have grown; the Z4 is now 85mm longer, 75mm wider, and 13mm taller than the previous model. It still is the perfect size for a roadster and not an ounce overweight.

The biggest change you will notice is the vertical design of the LED headlights. For the first time in BMW history, it features two light sources that are stacked one on top of another. The vertical headlights match the mesh-design BMW kidney grill perfectly, creating an agile and aggressive look. Much like any of the previous Z4 models, the 2019 Z4 Roadster features a short rear end, completing its classic roadster silhouette. 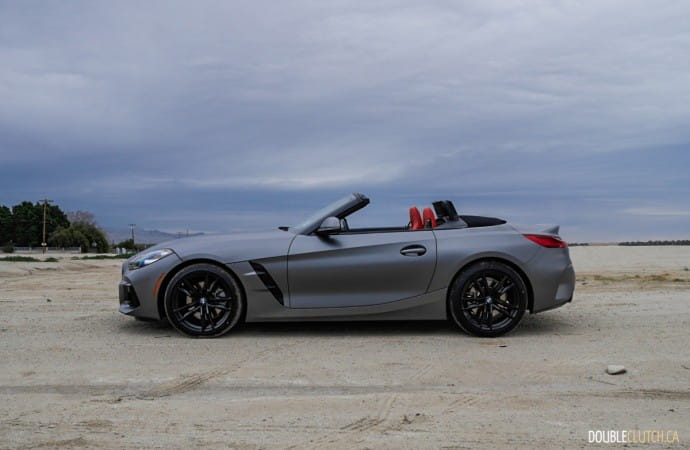 Before we get to the performance and driving dynamics, there is one more significant change of note from its predecessor. The latest BMW Z4 Roadster is no longer a hardtop convertible as was the outgoing model. It now features a convertible soft top that can be electrically opened and closed in 10 seconds at speeds up to 50km/h. Compare to the old retractable hardtop, this new soft top setup is lighter, less complex, can be operated at speeds 10 km/h faster, and offers 50% more trunk space.

The 2019 BMW Z4 sDrive30i Roadster is equipped with a new 2.0L four-cylinder TwinPower turbocharged engine that produces 255 horsepower from 5,000-6,500RPM, with peak torque of 295 lb-ft. from 1,500-4,400RPM. Power is sent to the rear wheels using a standard eight-speed Steptronic Sport transmission. The transmission features Launch Control to help achieve 0-100 km/h in 5.3 seconds. Its higher performance variant, the 382-hp Z4 M40i will be launched later as a 2020 model. 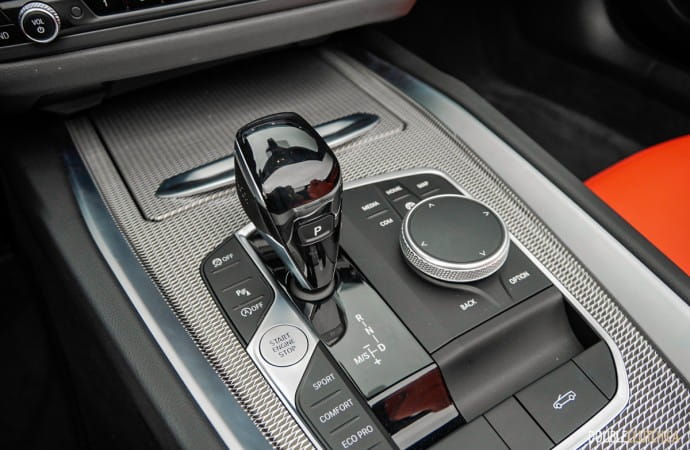 The Z4 sDrive30i feels agile on the street. The turbocharged four-cylinder engine is eager to get the car moving, turbo lag is minimal and the car feels quicker than what one might expect from the spec sheet. The ZF-made transmission is quick to respond and shifts are lightning quick, the best we’ve seen in a conventional torque converter automatic. The note is deep and it makes burbles during shifts, brightening up the overall driving experience.

Thanks to the newly designed double-joint spring strut suspension at the front and a new five-link suspension in the rear, the Z4 handles like it’s on rails. Turn-in is precise and laser sharp, the steering offers good road feel, and the car feels lighter than the last model. The steering itself is a bit lighter than I would have liked, but nonetheless this is an excellent cruiser for the street, which is what most buyers will want. For those who are looking for even sharper handling, an optional M Performance package will be available for the sDrive30i. 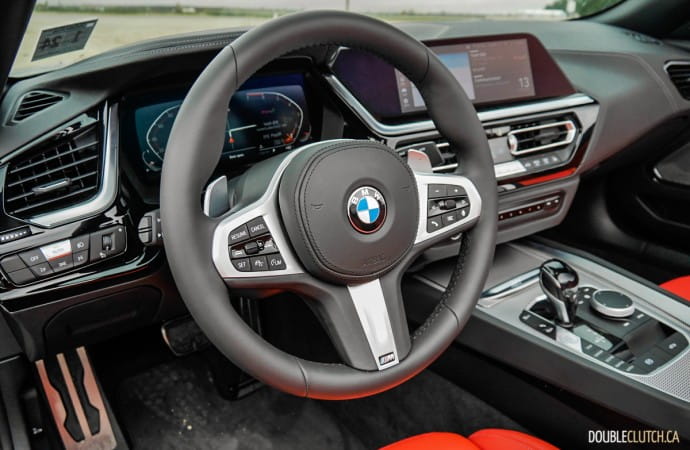 The interior of the Z4 features an elegant design that is a vast improvement from the previous generation. The latest generation iDrive infotainment system is easy to use with excellent screen resolution, and is legible even under direct sunlight. The seats are supportive, and materials around the cabin feels upscale and premium. The Z4’s options include BMW Head-Up Display, a Harman-Kardon premium sound system, ambient lighting, various driver assistance systems, and more.

The all-new 2019 BMW Z4 sDrive30i is a car that is aimed squarely at the Audi TT Roadster, the Mercedes-Benz SLC 300, and the Porsche 718 Boxster (reviewed here) for a piece of the summer car market. The new Z4 is a car that looks and feels completely different than its predecessor. Although it has not been as hyped as its fraternal twin, the Toyota Supra, it certainly should not be overlooked. With a potent engine, engaging driving dynamics, additional utility, and a nicely appointed interior, the new Z4 is a legitimate contender one of 2019’s best new sports cars. 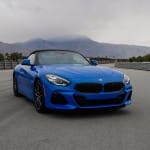 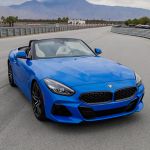 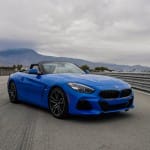 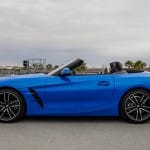 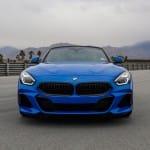 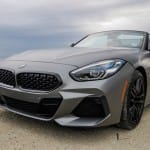 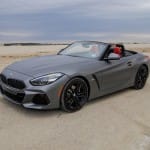 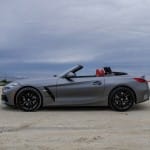 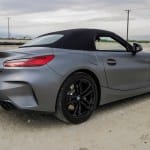 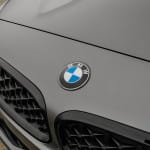 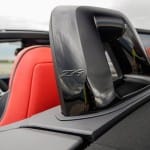 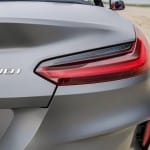 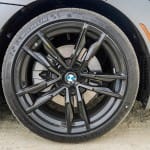 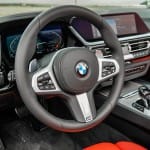 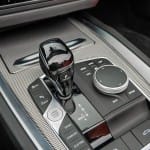 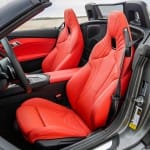