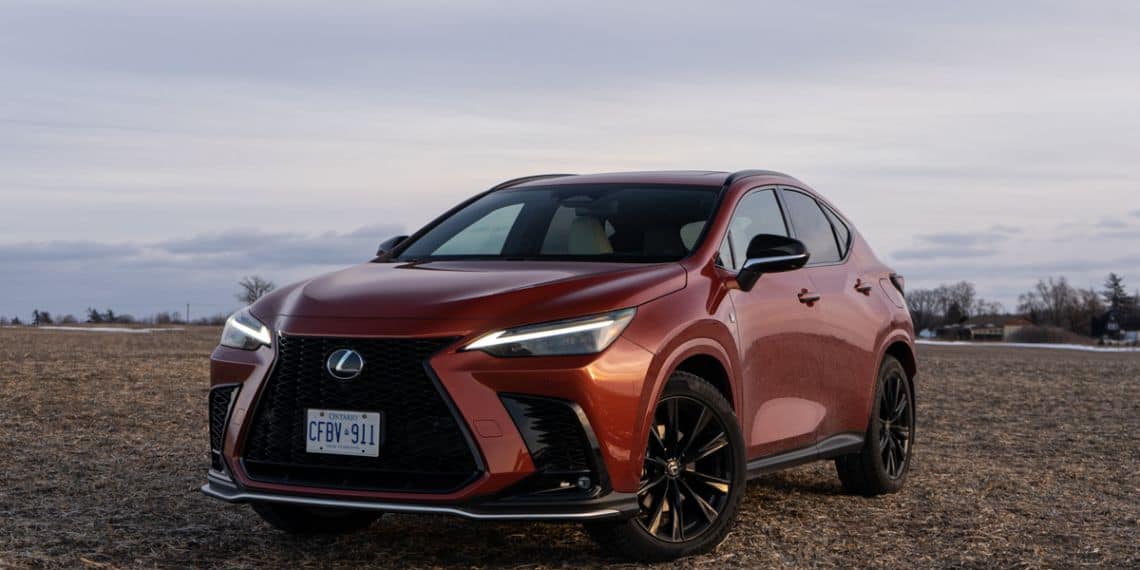 As automakers continue to pitch a shift towards electrification, crossover buyers are left wondering what to do when their trusty CR-Vs and RAV4s begin to age out. With fuel prices at an all-time high, Lexus came to the table with a plug-in hybrid option, a rarity in the segment right now. We jumped into the 2022 Lexus NX 450h+ PHEV in F-Sport 3 trim to see how the latest plug-in variant stacks up against its rivals. 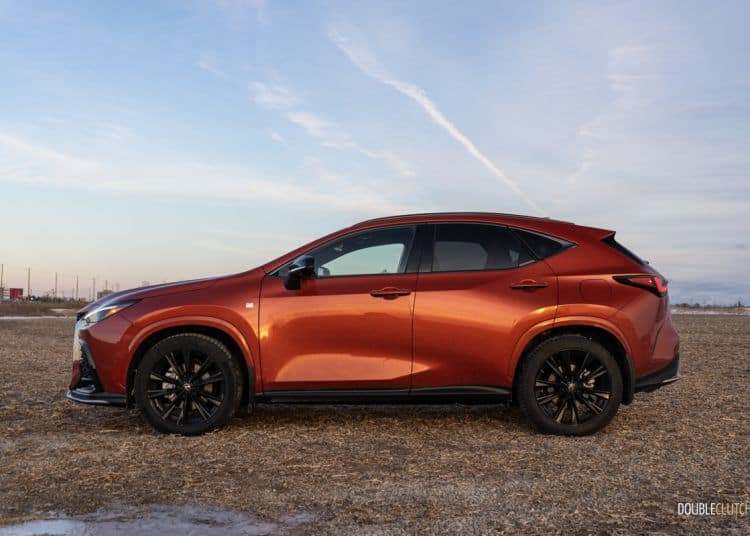 2022 marks a full redesign for the NX, a well-deserved fine-tuning for the already popular crossover. Now offered in two full-gasoline variants (NX 250 and NX 350), the NX 350h conventional hybrid, and this, the plug-in hybrid NX 450h+. The styling is a nip/tuck evolution of the previous generation, with crisp lighting and sharp wheel designs. New powertrains and a completely redesigned interior are the highlights of this latest model.

Powering the NX 450h+ is the same brilliant hardware that lives under Toyota’s RAV4 Prime, which is a definite contributor to why both vehicles have nearly two-year waitlists at the time of this writing. It’s a 2.5-liter inline four-cylinder gasoline engine that pushes 181 horsepower, hooked up to a hybrid system and 6.6-kW charger. The combination produces 304 horsepower, and a 100km/h sprint in 5.7 seconds. When not in full-EV mode, the NX behaves as a traditional hybrid using regenerative braking to help conserve energy. 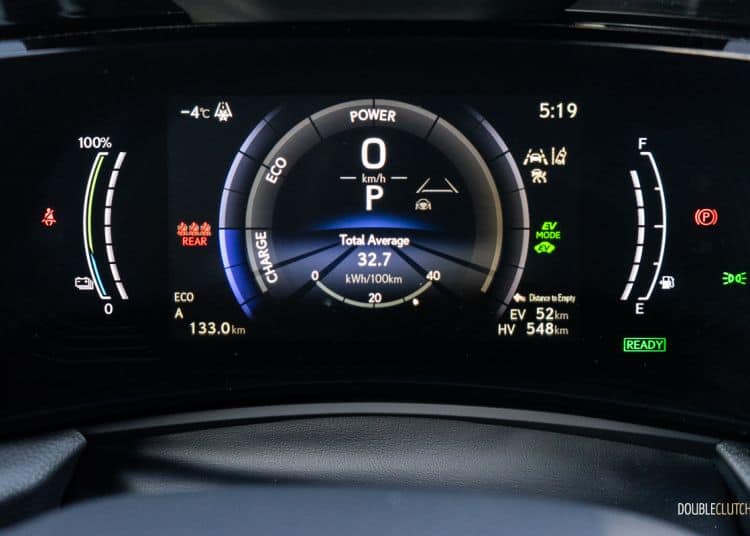 The NX 450h+ is definitely quick in a line, but when running in hybrid mode, the exasperated groan from the CVT makes it feel considerably slower and lazier than it is. In full EV mode, which should work for the typical commutes of most Canadians, the NX feels lively and eager though doesn’t let drivers forget its 4,475-pound weight – which isn’t far off from my big, fat 2009 LS 460 with all-wheel-drive. The NX’s gasoline engine powers the front wheels while the electric motor sends power to the rear wheels when conditions are detected to need the slip-and-grip all-wheel-drive system.

Lexus Canada rates the NX 450h+ at 6.2L/100km in the city and 7.0L/100km on the highway, with a combined rating of 6.6L/100km. Obviously as with any plug-in hybrid, your mileage will vary depending on frequency of charging, driving patterns, etc. We observed an electric-only driving range of 52 kilometers in typical winter weather, using our home Level 2 charger to juice up the NX as much as possible. Operating in full hybrid mode we saw 6.5L/100km in combined driving. The NX requires 91-octane premium gasoline. 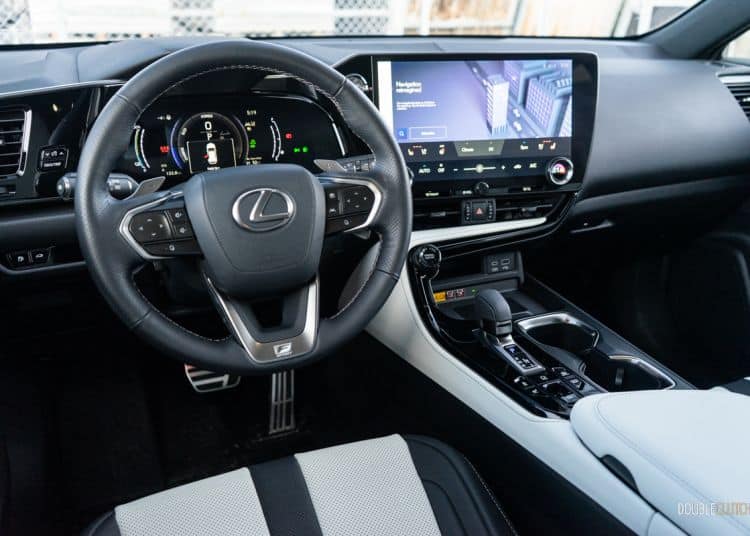 The interior was the most dated part of the first-generation Lexus NX. While acceptable when new, the tech didn’t age well. The second-generation NX is the first car to get Lexus’ new infotainment system, through a 14-inch touchscreen. The dreadful touchpad controller is gone, and the system is much more responsive than it was before. Wireless CarPlay is on board, though this new interface does lack hard buttons for frequently used controls like heated/ventilated seats and steering wheel. We also observed intermittent connectivity issues with the CarPlay and wireless charging pad.

As expected from Lexus, the seats are extremely comfortable and supportive. Visibility could be better, though this is one area that has taken a back seat in favour of sleek styling throughout the industry. Rear accommodations are sufficient for two reasonably-sized adults, and can handle the average car seat just fine as well. Cargo capacity comes in at the same 642-liters as the “regular” NX models, but the additional componentry on this version replaces the under-floor compartment storage the others have. 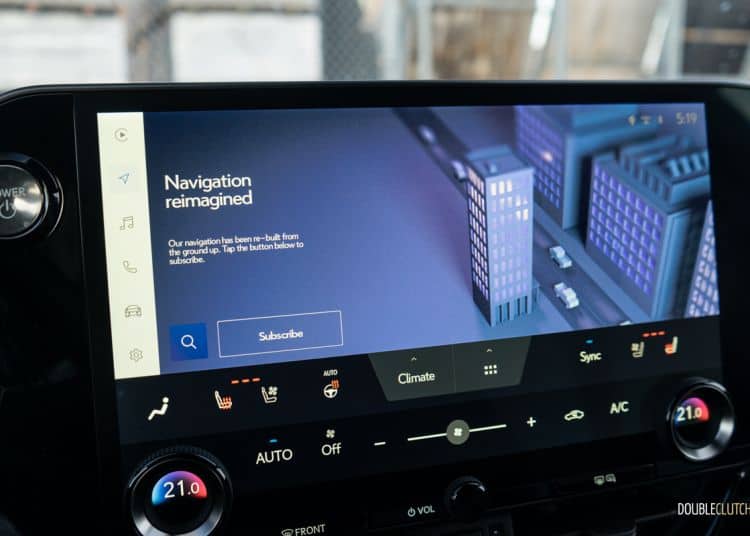 Starting at $47,400 for the NX 250 AWD, the NX line has a fairly affordable cost of entry for the premium segment. Opting for the conventional hybrid NX 350h will set buyers back $49,900, while the NX 450h+ plug-in model tested here starts at $59,950. Two packages are available, the $15,700 Executive and the $16,400 F-Sport Series 3 pack equipped here. The latter adds everything from triple-beam LED headlights, Lane Change Assist, 20-inch wheels, Adaptive Variable Suspension, heads-up display, F-Sport appearance bits, and more for an as-tested $76,350.

At this price point the NX 450h+ is definitely getting up there, encroaching on the territory of larger crossovers like the MDX, and even within Lexus’ own lineup, the RX 450h, the latter of which comes in at $74,300 fully loaded. The BMW X3 xDrive30e, also a PHEV, comes in at $73,000 well equipped. The only PHEV in its class that’s more money is the 400-horsepower Volvo XC60, which starts around $71,000 and can balloon into the $80,000 range. It’s worth mentioning that the Lincoln Corsair and Audi Q5 also offer plug-in hybrid models. 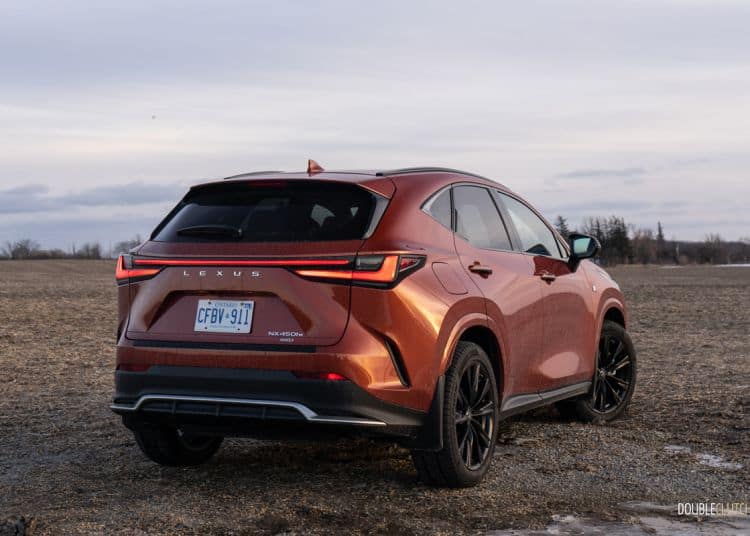 The 2022 Lexus NX 450h+ PHEV is more than a worthy new player in the premium crossover segment. It offers all of the new tech that today’s plug-in hybrid buyers are looking for, and the new infotainment system boasts the largest screen in its segment. Those doing a lot of highway driving will be better suited to the regular gasoline variant with its eight-speed automatic, because the hybrid models’ powertrains favour urban commuting. For the average Canadian that has regular access to charging infrastructure, the NX 450h+ is a modern and stylish pick that will likely be very reliable for years to come.