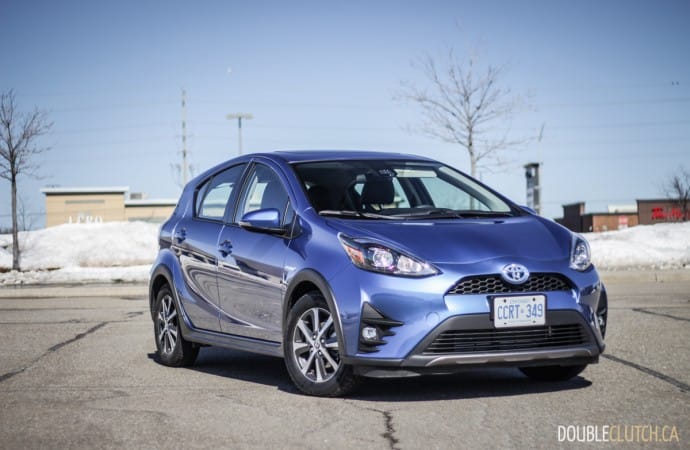 The Prius c will make for a spectacular value on the used market.

A close friend has a parent who is a local courier. She drives a late model Toyota Prius c with over 400,000km; it has swallowed up thousands of small packages and reliably traversed the city many times over. As Toyota puts more and more resources into the hybrid family, the smallest offering is often forgotten. The 2019 Toyota Prius c Technology tested here is one of the least expensive ways to get into a hybrid car, and we spent a week with one to see how this model has fared the test of time. 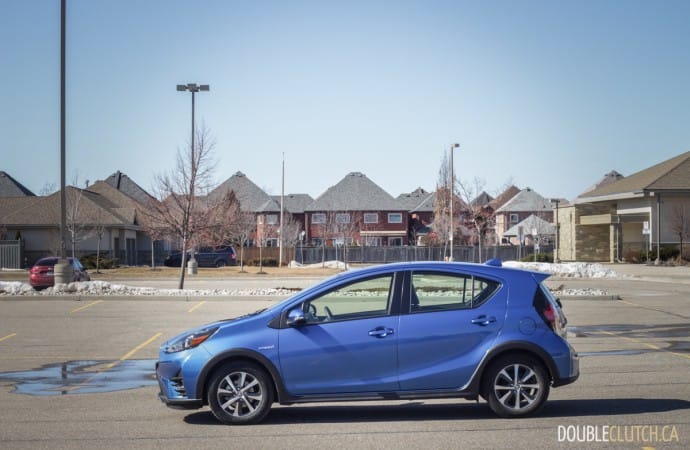 More and more vehicles have been gravitating towards the plug-in hybrid and full electric propulsion methods, but there is still a very big need for the traditional hybrid. The Prius c, regular Prius and larger Prius v (reviewed here) seek to fill this niche for those who prioritize efficiency and don’t have the infrastructure to plug their vehicle in. The Prius c has seen minor updates but has effectively remained the same since its 2013 introduction, and is slated for replacement with the new Corolla Hybrid this year.

As such, the Prius c may no longer be available as a new vehicle, but will make for a spectacular value on the used market. It’s a greener, more frugal, and back-to-basics alternative to the likes of a Toyota Corolla Hatchback (reviewed here), with excellent fuel efficiency and enough character to dart around urban centers without batting an eye. It also makes a great option for rideshare services such as Uber and Lyft, thanks to its low cost of entry and rock solid reliability. 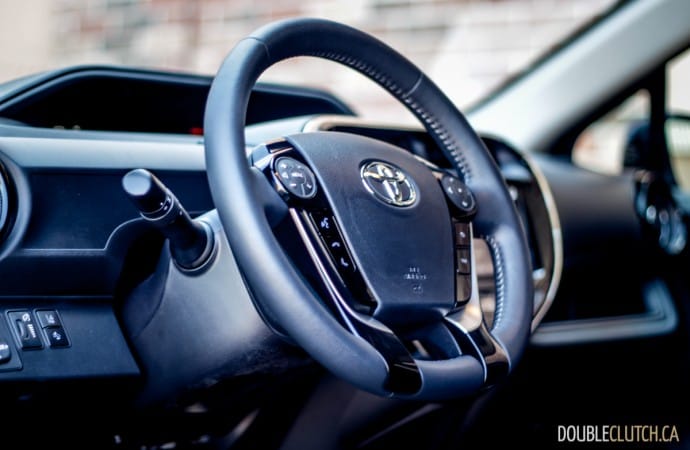 Powering the Prius c is an Atkinson-cycle 1.5L inline four-cylinder engine, which on its own puts out 73 horsepower. It’s paired to an electric motor and nickel-metal hydride battery pack to put out a combined 99 horsepower. It’s not fast by any means, but it is capable of accelerating with relative smoothness thanks to Toyota’s hybrid-specific continuously variable transmission. An “EV Mode” button allows for a few kilometers of electric-only driving, but smarter use is in the “ECO” mode that dulls throttle response and calibrates the CVT for the most efficient possible drive.

Speed may not be in the Prius c’s repertoire, but its 2,500-pound weight means it’s peppy and eager around town and somewhat sharp around the corners. You may feel every second of the 11.5-second run to 100km/h, but maneuverability is top notch. No matter how small the parking space is, the Prius c will likely fit, so even less confident drivers will appreciate its city manners. The steering is extremely light and doesn’t have the greatest on-center feel, but it’s also point-and-shoot when aiming for tight openings. 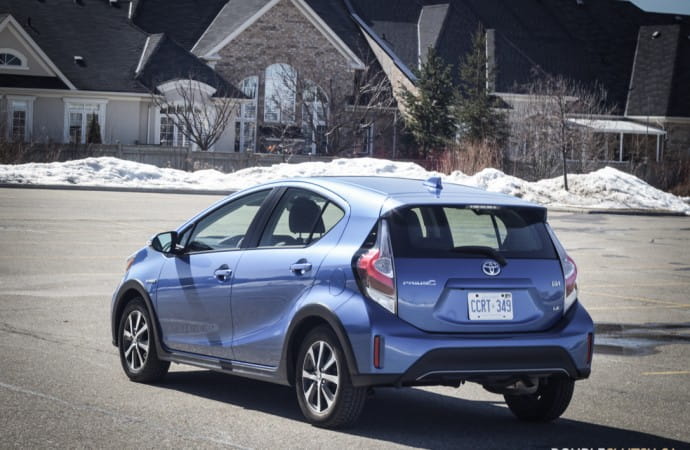 The Prius c’s interior has a generous amount of space for a subcompact, more than its small exterior dimensions would suggest. Even six-footers will have no issues in the front seats, though rear seat legroom is quite cramped and adults will complain if placed there for longer distances. Up to 484L of cargo capacity is available, and the rear seats fold down, making for all of the utility most hatchback buyers expect.

Features aboard the littlest Prius are fairly basic, with Softex synthetic seats and dashboard, a six-speaker audio system, and satellite radio. There is on-board navigation, but the infotainment is previous-generation and doesn’t support Apple CarPlay or Android Auto. I’d suggest those who can live without heated seats skip the Tech package, opt for the basic car and save a few thousand dollars. 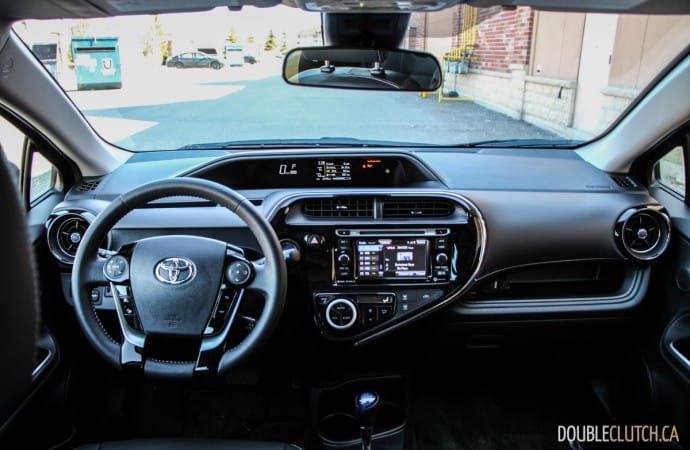 The Prius c’s best asset is its superb fuel economy claims, which we were actually able to surpass in our real world testing. Toyota Canada rates it at 4.9L/100km city, 5.5L/100km highway, and 5.1L/100km in a combined cycle. We did about 450km of combined driving over our test week and observed 4.8L/100km. This was particularly impressive in a winter setting, and the small 36L fuel tank is more than sufficient for long range driving with the baby Prius. As expected, regular 87-octane fuel is all that’s required.

Toyota prices the Prius c from $22,260, and the Technology Package model tested here stickers at $26,170. A $920 moonroof is the only available option, and the Technology Package adds heated front seats, cruise control, Smart Key and push button start, and the Toyota Safety Sense C active safety suite. This pricing is very similar to the $26,790 Corolla Hybrid with Premium Package, which includes everything listed here and more. 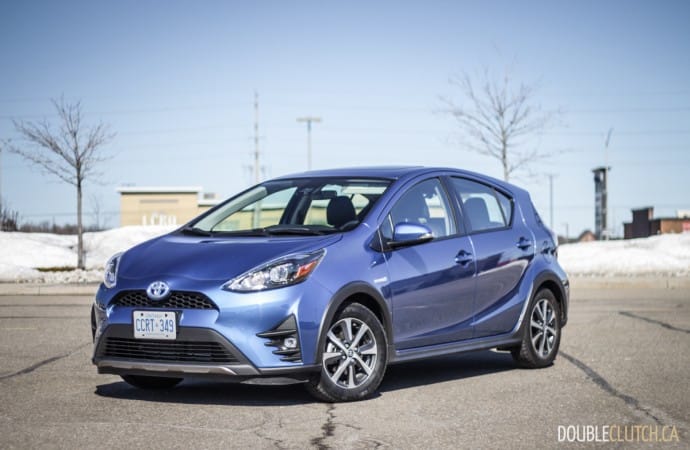 Safety Sense C is the entry level suite of active safety features, and includes most of what’s needed for today’s urban drivers. A rear-view camera is standard, and the three key features that build the Safety Sense C system are pre-collision system (now with pedestrian detection), Lane Departure Alert, and Automatic High Beam. The high beam system worked exceptionally well on my commute home into rural Halton Hills; it seamlessly toggled back to low-beam headlights upon detecting oncoming traffic.

If you want similar efficiency to the regular Prius but can’t get behind its polarizing styling, the 2019 Toyota Prius c Technology is a remarkably affordable entry into the hybrid game. If you’re looking for the latest and greatest in hybrid tech and don’t need the hatchback design, the new Corolla Hybrid has just arrived and is an excellent option as well. Those who want to avoid the aggressively styled Prius and need a usable hatch, the Prius c may be dated, but will inevitably remain a great value for those looking for an affordable pre-owned fuel-sipper. 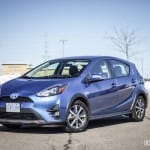 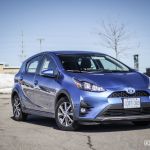 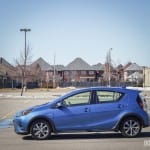 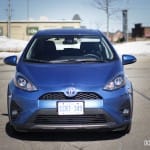 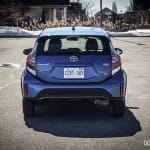 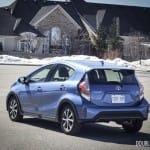 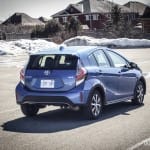 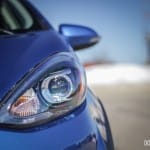 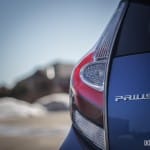 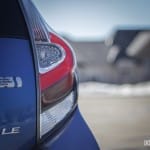 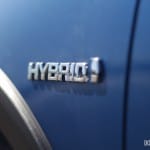 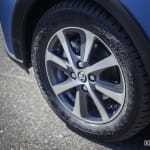 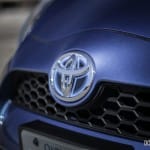 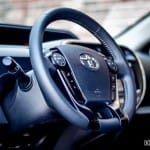 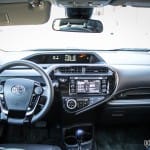 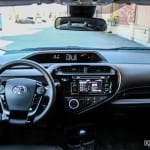 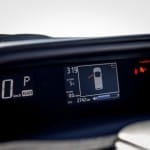 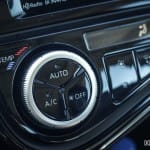 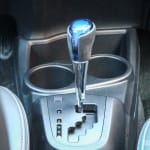