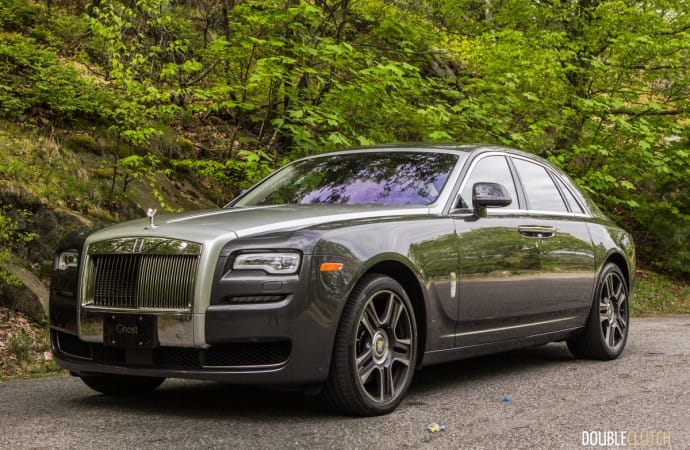 The fundamental premise of the Ghost is a lower cost of entry into the Rolls-Royce brand without compromise.

The Rolls-Royce marque is undoubtedly one of the most prestigious names in the history of automobiles. This is a make that represents British history for the last century, while maintaining their reputation at the top of the automotive food chain. As of 1998, the Rolls-Royce name is an owned subsidy of BMW, after the German automaker purchased all rights and trademarks from the Volkswagen group. We had the opportunity to borrow a 2016 Rolls-Royce Ghost Series II and see for ourselves how the entry point into the make sets itself apart from the BMW 7-series (reviewed here) it shares a platform with. 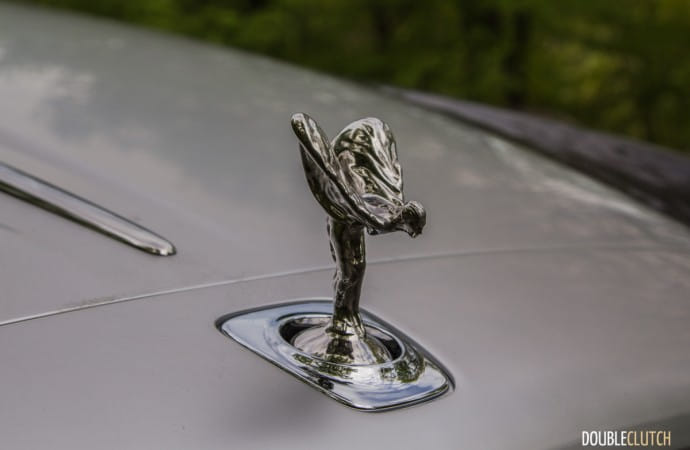 What’s immediately noticeable from the Ghost, even at first sight, is an absence of any sort of resemblance to any BMW product. This car looks like an eight-tenths version of the colossal Phantom, and shares many of its design cues. This starts with very typical Rolls-Royce styling with contemporary lines, and includes the corporate British grille with vertical slats. Sitting right up front is the Spirit of Ecstasy, the logo that represents everything Rolls-Royce, and this powered hood monogram is able to retract into the hood for safekeeping at the touch of a button, and is fully programmable.

The Ghost is a four-door saloon car, and the rear suicide “Coach” doors complement the 129.7” wheelbase with the utmost of class. Stepping into the interior reveals hand-stitched leather, stunning wood veneer, and an easy-to-use infotainment system loosely based on BMW’s iDrive. Every Rolls-Royce is bespoke, customized extensively by the buyer and tailored specifically to meet his or her requirements. Clients have the option of choosing between 20,000 wood finishes and literally any colour imaginable, along with the option to have two-tone paint. 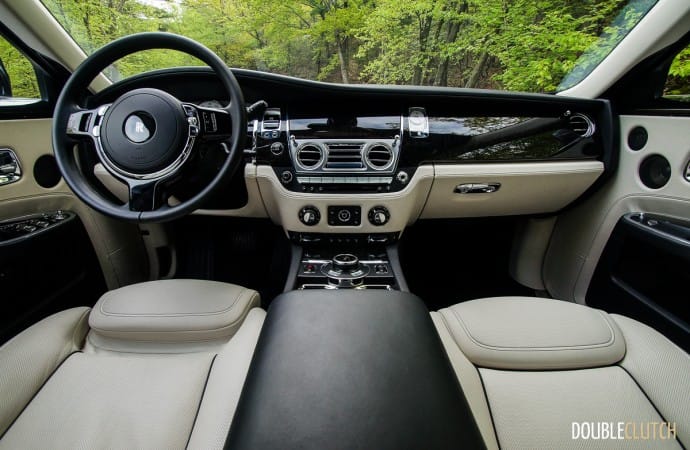 All of this makes sense, because the Ghost is hand-built at Rolls-Royce’s Goodwood plant in Sussex, England. This allows cross-model sharing of wood, leather, and paint availability, thus expanding choices for clients. The Seashell and black contrast interior on our car looks stunning with the conservative Gunmetal exterior. The rear seats are configured in a theater configuration with lamb wool floor mats, picnic tables, and the infamous Starlight headliner simulates a starry night sky with tasteful use of LEDs throughout the headliner.

Powering is the wrong word to use, because the Ghost commandeers the road with such ease and isolation that it’s almost forgotten that there lives a monster under the huge bonnet. Propelling the littlest Rolls-Royce is a 6.6L twin-turbocharged V12, direct injected and with variable valve lift and timing. This is a BMW-sourced motor, codenamed N74, and will also be the powerplant for the forthcoming BMW M760i (previewed here). In the Ghost, output is 563 horsepower between 5,250 and 6,000RPM, and 575 lb-ft of torque, available between 1,500 and 5,000RPM. 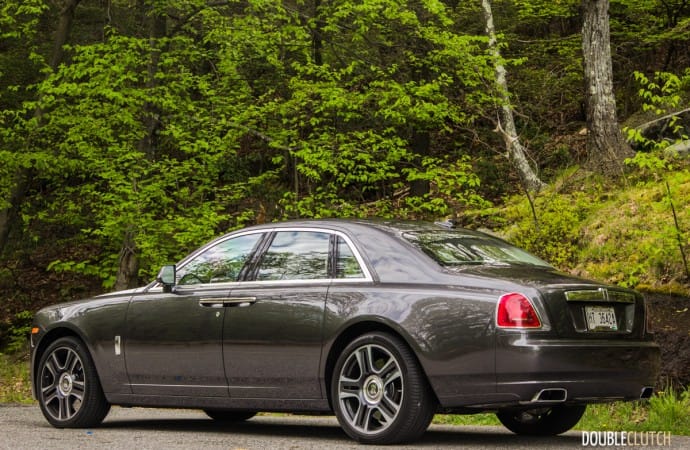 Sending all of this power to the rear wheels is ZF’s magical eight-speed automatic transmission, electronically controlled. As in every other application, shifts are telepathic and there is absolutely no need for any driver input here. As expected from a Rolls-Royce, they are also unnoticeable as the 6.6L has plenty of power anywhere in the power band. Throttle response is buttery smooth and responsive, and steering is surprisingly crisp for a vehicle of this size. Thanks to the Ghost’s infused German DNA, it almost feels dynamic in operation – unlike a Rolls-Royce but a pleasant evolution.

What we found most remarkable about the Ghost is the suspension. Up front, there is a double-wishbone suspension, with a multi-link setup out back. However, the self-leveling air springs and Variable Damping Control do a sensational job of minimizing body roll. When pushing the Rolls through some twisty sections, we were floored at how much composure and serenity the car maintained, regardless of the rate of speed. Gone is the perception that a Rolls-Royce is only a straight-line or chauffeur vehicle – this car delivers a truly enjoyable and rewarding driving experience. 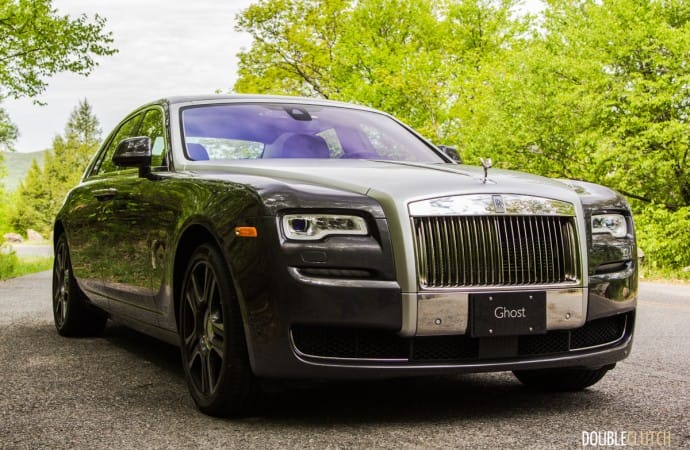 The Ghost is rated for 15.0L/100km, or 15 miles per gallon, depending on which units you use. Over our testing period, which involved a good amount of hilly, curvy roads as well as low-speed idling to ensure we got comprehensive detail photos, we were able to get decently close to this rating, at 15.3L/100km. It goes without saying that Rolls-Royce vehicles require premium 91-octane fuel, and the Ghost’s tank has thirst for 83L of the good stuff.

It goes without saying that the Ghost’s interior is whisper-quiet. The car saunters down the road with grace and balance, with the double-pane glass and quiet low-resistance tires doing their part to ensure that conversations can be had inside the cabin with minimal interruption, or flawless clarity from the powerful stereo. 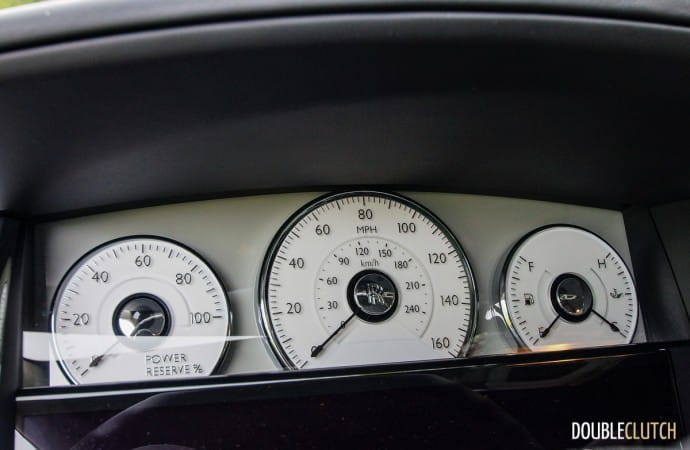 Where I think Rolls-Royce really hit a home run is the utilization of the BMW infotainment and technology suite. Things like night vision and the simplicity of the iDrive controller are some of the easiest and most well executed in the industry. These systems are not only simplistic to use, but they have proven themselves to be reliable, something that cannot be said about British electronics. The reality is, the Germans do technology very well, and they have perfected their user-friendliness, and we’re glad to see this trickle down into a car that may otherwise have had questionable durability of electronics.

The base Ghost Series II starts at $379,000 in Canadian dollars, and it’s almost an insult to call any Rolls-Royce a “base” model. Our test vehicle was optioned out significantly, with a Driver Assistance 3 package ($15,000+), front and rear ventilated seats, picnic tables in the rear, night vision, comfort entry system, lane departure warning, and six-DVD changer. Including the individual seat configuration with theater seating and all of the bespoke items, the total sticker on our car, with the Canadian dollar being particularly weak, just crested the $500,000 mark. This is a significant sum of money, but obviously no object to the targeted buyer. 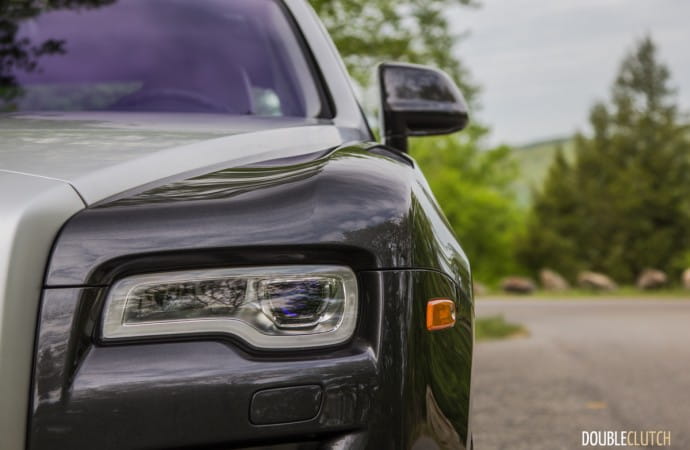 Introduced for the 2010 model year, an update for 2014 (Ghost Series II) included new headlight designs, refreshed bumpers, and a series of new bespoke customization options. The fundamental premise of the Ghost is a lower cost of entry into the Rolls-Royce brand, and a sportier and more involving alternative to the Phantom for buyers who may in fact choose to drive themselves. Cars like the Mercedes-Maybach S600 (reviewed here) offer similar levels of isolation, but lack the driving dynamics of this Rolls. The 2016 Rolls-Royce Ghost Series II offers unrivaled luxury and an unparalleled experience of class and opulence. This is no baby Roller to be laughed out of the room – it’s the real deal. 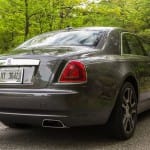 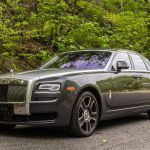 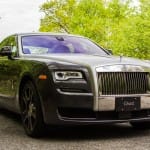 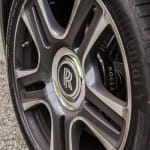 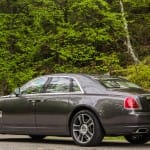 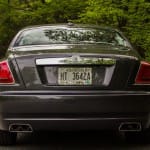 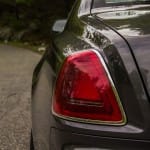 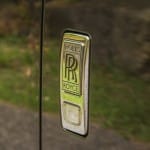 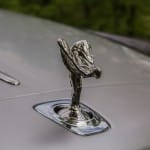 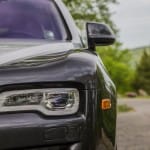 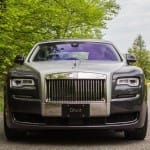 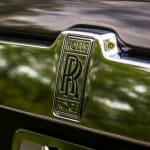 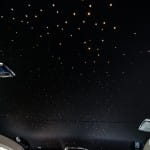 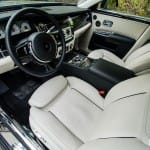 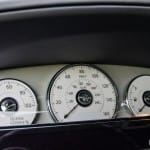 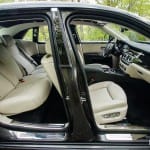 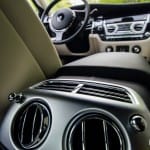 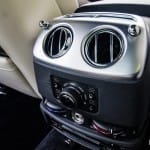 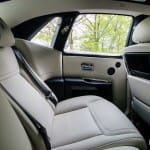 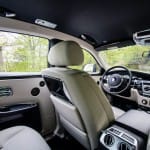 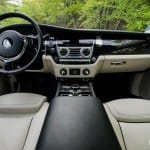