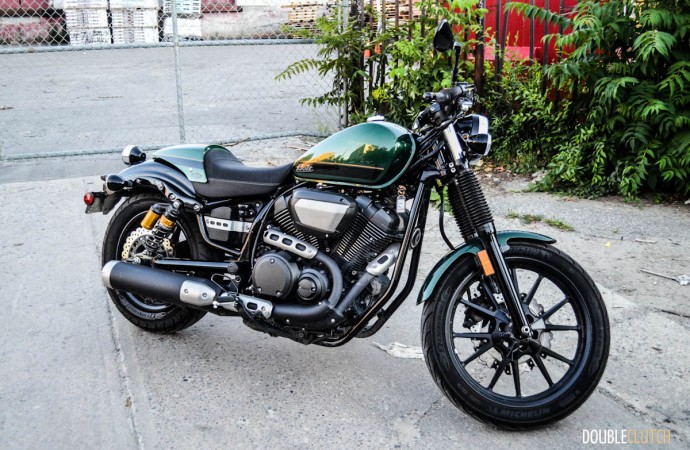 The stylistic changes made to the Bolt completely change the dynamics of the ride.

In 1994, Yamaha launched a new brand called Star Motorcycles in effort to give its cruisers a more distinct name in North America. Since then, Star has given rise to some extremely popular motorcycles, most notably the V-Star. The V-Star 950 is one model that has enraptured thousands with its fuel-injected, 942cc, 60-degree V-Twin. Seeing the immense charm of this engine, in 2013, Yamaha revealed the creation of the Star Bolt, a cruiser with a completely different look and feel than the V-Star. The Bolt was introduced to tackle a slightly different segment of the market, one which the V-Star was leaving untouched. Still, Star Motorcycles was unable to reach the younger male demographic, as its bikes were perceived as being more suited for mid-life crisis riders. This led to the release of the 2015 Yamaha Bolt C-Spec. The C-Spec is fitted with the loveable motor of the V-Star 950, but styled in a way that reflects a café-racer/cruiser fusion. Distinct changes have been made from the Star Bolt to give it that caffeine-rich feel.

The handlebars have been removed completely and replaced by clip-ons that are situated below the triple clamp. This means a sporty lean and stretch towards the bars, one which immediately changes the character of the bike. Taller riders, fret not. The stretch isn’t overwhelming at all; it’s rather comfortable. Shorter riders may want to exercise a bit of caution, though. Some folks I non-metaphorically look down on have commented that highway-speed winds make them feel as if they are holding onto a metal bar in a cyclone. You don’t want your riding experience to feel like the end of the movie Twister. 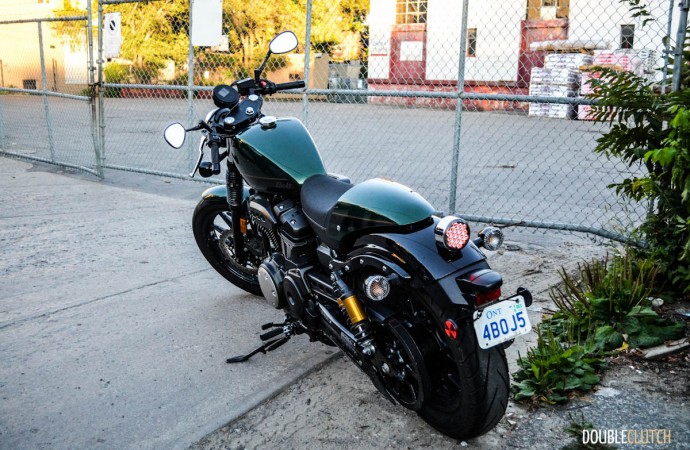 Footpegs have been pushed about 6 inches rearward and 1.25 inches upwards, further reinforcing the café-racer riding position. Another benefit of this is an increase in available lean to a claimed 37 degrees, up from the 33 degrees of its siblings. The footpegs actually jut out a half inch more than the bolt, as they are placed on top of the exhaust on the right side, and the clutch cover on the left side. This takes away from some of that added lean. Since the footpegs are now located directly underneath the seat of the C-Spec, it is slightly awkward trying to plant a foot at a stoplight, or scoot around on it without power. If I were to put my feet down as I would on another bike, the footpegs would continuously get in the way. I was able to plant my foot on the outside edge of the footpeg, further from the bike. This would be a much more difficult feat for a rider shorter in stature though. Thankfully, they are spring-loaded and fold upwards, but I do wish there was a way to lock them in the upright, folded position.

To compensate for the riding position and position of the footpegs, the seat has been altered to be plusher and more heavily padded in the rear, giving your lower back that extra little bit of support it needs. It also slims towards the front end: an effort to make the bike more manageable for shorter riders. The seat has been raised 2.2 inches from the regular Bolt to a height of 30.1 inches. 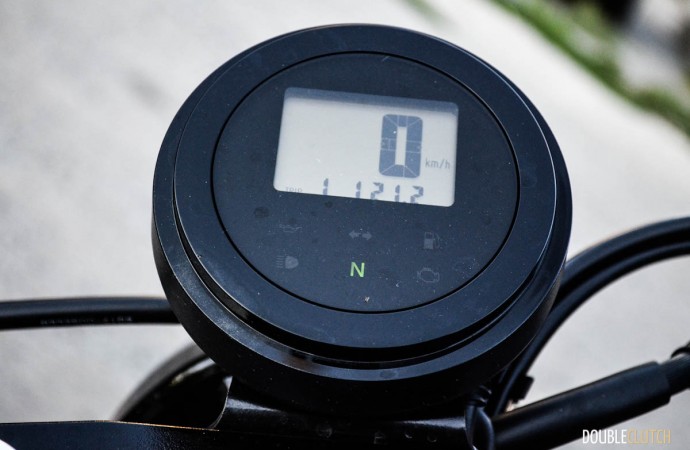 In effort to more completely transform this bike into a café-racer, the front fork stanchion was lengthened by 9mm, and the rear shock shaft was stretched by 6mm. This adds to the ground clearance and contributes to that extra 4 degrees of lean. Finally, the C-Spec comes fitted with Michelin Commanders – a tire with a sporty feel –, whereas the standard Bolt comes with Bridgestones.

On top of all of this, the C-Spec looks absolutely fantastic. It looks exactly what I would imagine a café-racer/cruiser fusion motorcycle would look like. It’s available in envy green and liquid silver; I had the chance to ride the envy green version and it had me turning back for a last glance before I shut the garage door. The dash is simple and clean as it is on the Bolt and features all of the basics except for a tachometer, which would have been a useful addition on the C-Spec, considering its new and sporty nature. The black covers over the front forks add to the aggressive and attitudinal feel of the bike, the clip on handle-bars look phenomenal, and there are so many small things that make this bike look incredible. Yet still, it feels as if Yamaha has left some work unfinished in the transformation of the C-Spec to a café-racer. 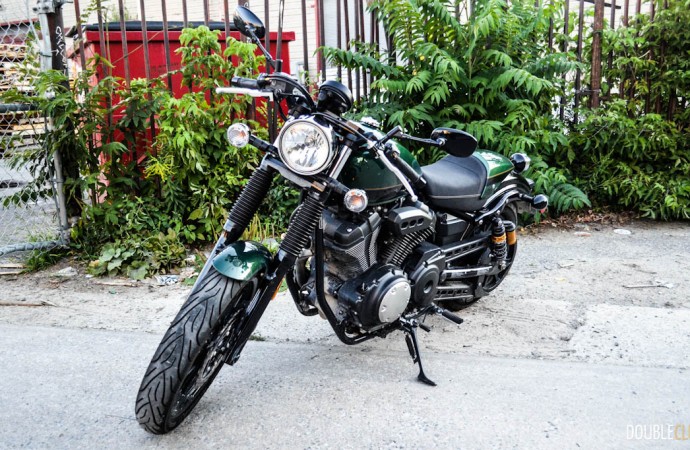 The stylistic changes made to the Bolt completely change the dynamics of the ride. The engine is the same, and pulls wonderfully from the low-end with ample room for hard-acceleration. It’s easier to muscle into a corner with the forward handlebars and overall riding position changes. You can really feel the extra 4 degrees of clearance. Still, a part of me wishes that Yamaha decided instead to utilize the inline triple from the ever-torquey FZ-09 for their café-racer style motorcycle. As a sort of crossover, the $9,699 Bolt C-Spec fills the gap perfectly, and perhaps that was the sole purpose of Star Motorcycles this time: to give our cruiser lovers a taste of something different. 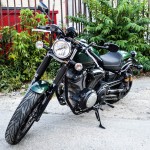 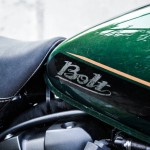 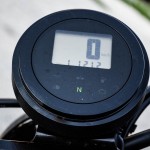 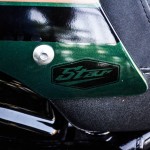 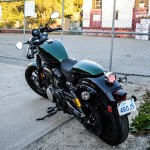 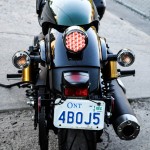 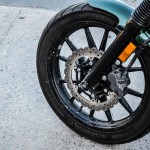 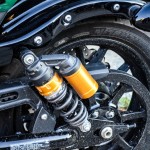 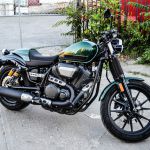 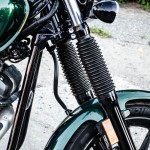 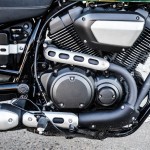 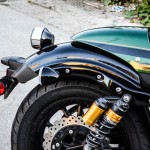 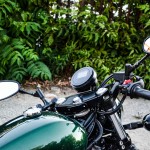 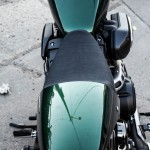 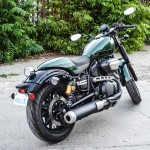