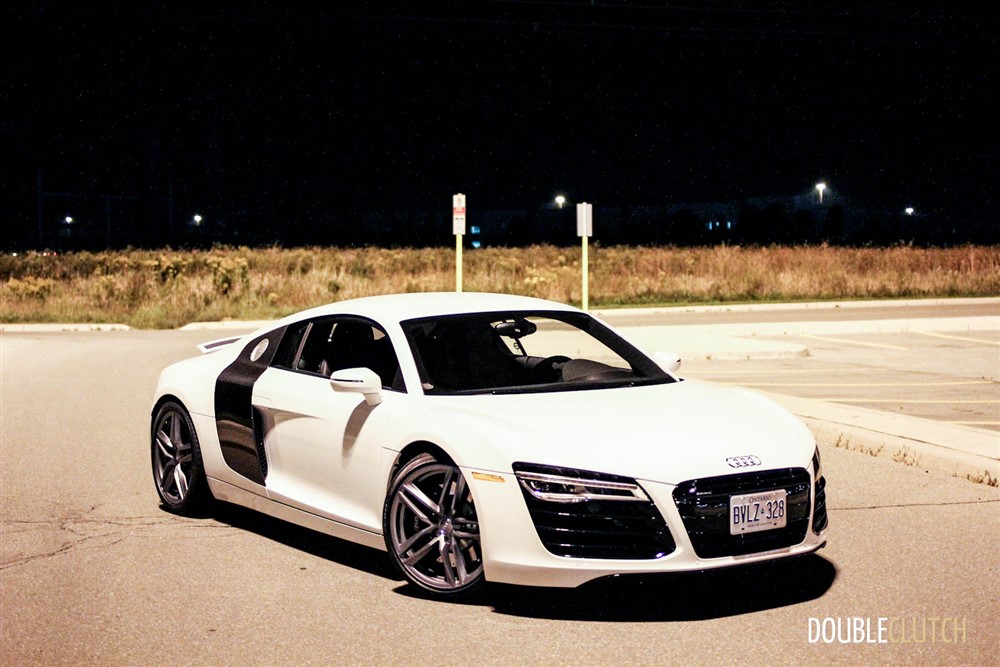 This is simply bliss |

Necks snap everywhere I go, even when my commute takes me deep into the suburbs.

As I drive down the streets of downtown Toronto, heads turn. Necks snap everywhere I go, even when my commute takes me deep into the suburbs. People of all ages give me smiles and thumbs-ups in admiration of my lovable smile. Well, maybe it’s the car – this would only happen in the 2015 Audi R8 4.2. Ever since its conception nearly 7 years ago, the R8 has become an unmistakable face in the automotive industry. Technically Audi’s first attempt at a supercar, the car has now earned its name as being the choice car of Tony Stark, aka Iron Man.

I’ve spent a considerable amount of time with a 2014 R8 with a similar spec sheet, including driving on a cross-country charity rally early around this time early last summer. During this time I learned quite a bit about this car. I’ve seen so-called “enthusiasts” on the Internet passing the V8 model off as being vastly inferior to the Lamborghini-engined V10 model. This isn’t really the case at all; this R8 with the 4.2L V8 is good for 430 horsepower and 317 lb-ft of torque. A wonderful 6-speed manual with a classy gated shifter is available, but my car was equipped with the 7-speed S-tronic dual-clutch gearbox.

Save for Porsche’s PDK, I would say that Audi’s S-tronic is the best two-pedal transmission available anywhere on the market right now. This particular box is shared with the Audi RS5, and shifts are estimated at 0.125 seconds. There’s a satisfying burble from the exhaust with every upshift, and downshifts are even better. There’s a “Sport” button just below the shifter itself that wakes the exhaust up considerably. Throttle response on the R8 is very sharp, and the car is incredibly easy to drive quickly. The steering is perfectly weighted, and provides a considerable amount of feedback. 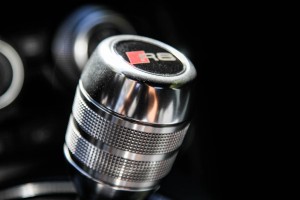 Audi’s quattro all-wheel-drive system is on board here, and is driven by three output shafts. One of these shafts is linked to the prop shaft through the crankcase right to the front axle. The R8 is so technical that it’s hard to imagine anything better. This car is the perfect balance of technology and development without compromising on passion for a raw driving experience. There’s a deployable rear spoiler that extends with speed, and can also be manually extended using a button. There are nannies such as traction and ESC stability control that restrict you from having too much fun, but luckily everything can be disabled.

When enabled, the Sport Suspension adjusts the damping for performance driving. I personally found that it’s a bit choppy for daily driving (as most R8 drivers will do), but excellent for enjoying your favourite country road. I took the car out to Forks of the Credit in Caledon, ON during the perfect weekend to observe the foliage. With all settings in “Sport” and the paddle shifters helping S-tronic do its job, the car was in its zone. Surprisingly, even with 430 horsepower on tap, the R8 managed to return 10.9L/100km in combined driving. Highway mileage numbers went as low as 9.6L/100km. I used 94-octane fuel to ensure optimal performance. 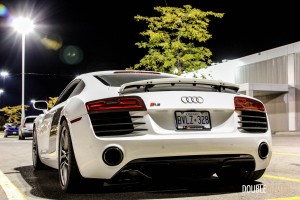 Even though it’s a few years old now, the R8 shows no signs of getting long in the tooth. It was given a facelift for the 2014 model year, but even without it, the car still looks incredibly fresh. The lines are crisp and downright sexy, and the carbon-fiber side blade sets everything off in the perfect manner. Personally, I think the car looks best with the rear spoiler deployed, and the glass engine compartment has a discrete LED in it that lights up the 4.2L motor beautifully at night. The R8 was one of the cars that pioneered the LED daytime-running-light trend that has now moved onto multiple manufacturers. The 2014 refresh redesigned these LEDs and they now look better than ever.

The Audi R8 means business on the inside too. The seats are comfortable enough to endure thousands of effortless kilometers, and the dashboard is typical Audi levels of quality. It’s just low enough to give you the perfect low-slung sports car feel, without being so low that it’s difficult to get in and out of. There’s ample legroom and ample headroom for someone as tall as myself (6’1). The driving position is bang-on, and even the sightlines are pretty good for a supercar. The most surprising thing about the R8 though is how quiet it is at highway speeds. Even with the sport exhaust enabled and the roaring V8 directly behind the passenger compartment, the car is insanely serene when cutting through the air at highway speeds. 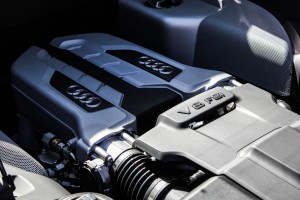 My R8 tester was also equipped with Audi MMI navigation and the Bang & Olufsen sound system, which is the perfect companion for any sort of extended driving. The bass notes are just as crisp as trebles and midranges, and it’s very easy to navigate using the MMI infotainment system. One thing I would have liked to see for the refresh is an update on the trip computer within the instrument cluster. It does everything properly, but the monochromatic display looks a bit aged for a car that can easily be optioned upwards of $200,000.

To me, the allure of the Audi R8 over any other supercar is its ability to drive it year-round. The all-wheel-drive system and the big brakes help it get around most obstacles (provided you don’t live in the unplowed countryside), and the front clip isn’t so low that it would scrape everywhere. I have actually driven an R8 in a winter storm, and wouldn’t hesitate to own one as my year-round daily driver. Perhaps I would opt for the clickety-click gated manual rather than the S-tronic, but there’s no denying that the dual-clutch transmission can shift infinitely faster than any driver no matter how proficient he/she might be. 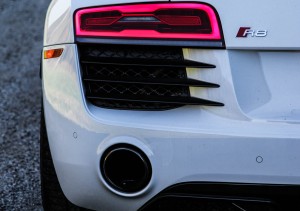 At an as-tested price of about $170,000, I find this car a bargain for multiple reasons. Italian supercars tend to break if you look at them funny, and British cars don’t exactly have a stellar reputation for reliability either. The 2015 Audi R8 is a car you can buy from your local dealership, have it serviced (for free with Audi Care!) at your local dealership, and trust to happily start and work beautifully whenever you want it to, twelve months of the year. Oh yeah, and it does all of this while being one of the sexiest cars on the road at any given time. How can you put a price on that? 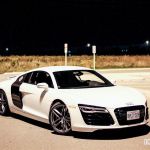 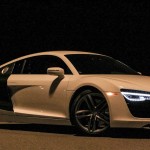 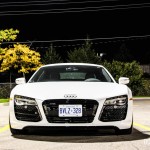 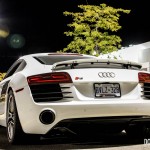 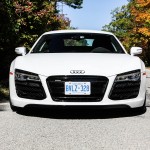 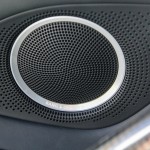 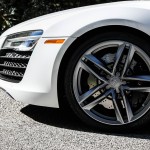 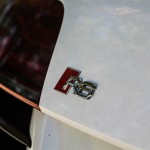 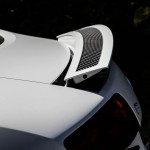 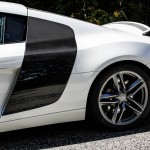 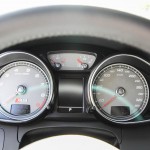 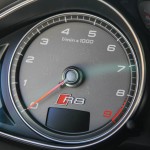 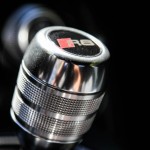 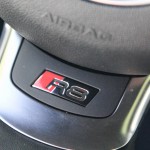 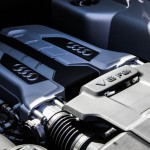 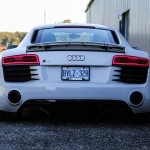 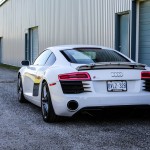 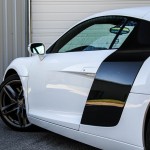 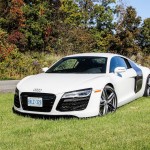 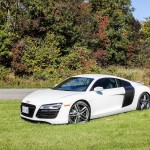 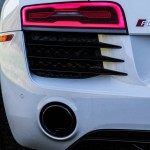 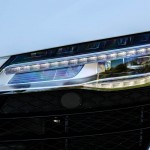 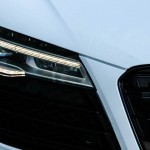