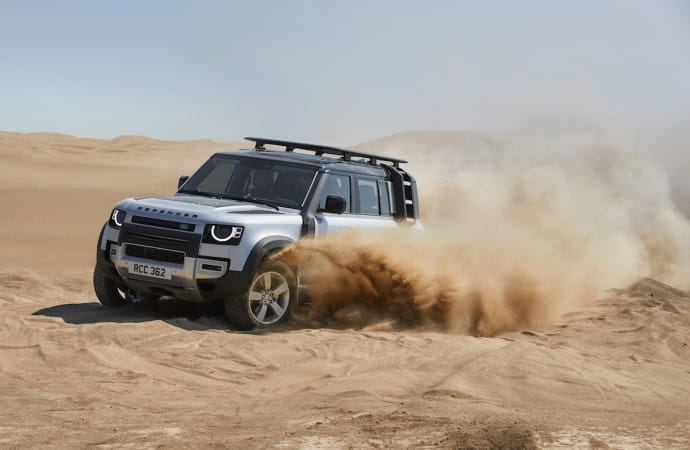 Re-imagined and coming to Canada!

An icon of the 20th century, the original Land Rover Defender was as versatile as it was rugged. Whether roaring through a jungle or being carried by a military helicopter, it went places that most SUVs can only dream of. Only offered in North America for a few short years, it has long been considered forbidden fruit for Canadians. Until now. For 2020 there’s an all-new Defender and it’s coming to Canada. So what’s it like at first glance? 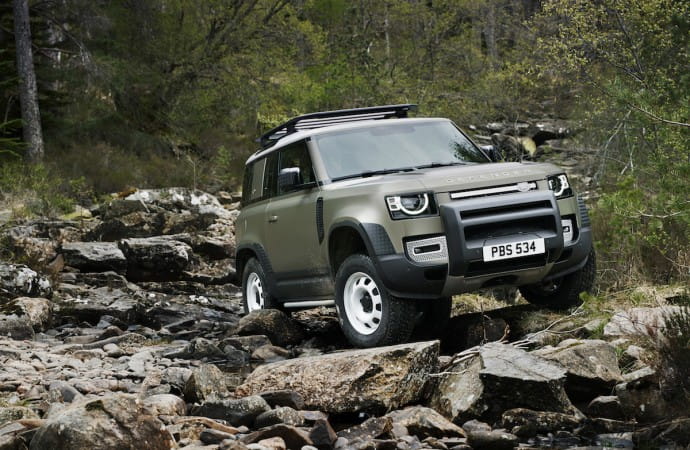 Well, it certainly looks modern. LED headlights, flush shut lines, flush bumpers and a distinctly non-folding windshield herald in the 21st century. Modern, too, is the sheetmetal. The old Defender was instantly identifiable by its flat panels, while the new one has nary a flat surface. It’s a dramatic update to an icon, but this wouldn’t be the first time Land Rover has pulled such a transformation off. Bulging, aggressive wheel arches anchor the Defender to the ground, while the double-contoured beltline and roof-mounted safari windows add a certain dose of retro ruggedness. The spare tire still lives on the swing-out tailgate, and the LED taillights are a lovely update to the classic Defender design. It even still comes standard with steel wheels. Those looking to spend a bit more to look more rugged can option a very serious-looking roof rack, diamond-plate panel protectors, an exterior storage locker and even a snorkel. Arguably the best part of the new design is that there are actually two. The four-door Defender 110 will be the first to market, followed by a two-door Defender 90 model for those seeking maximum breakover angle for trail duty. 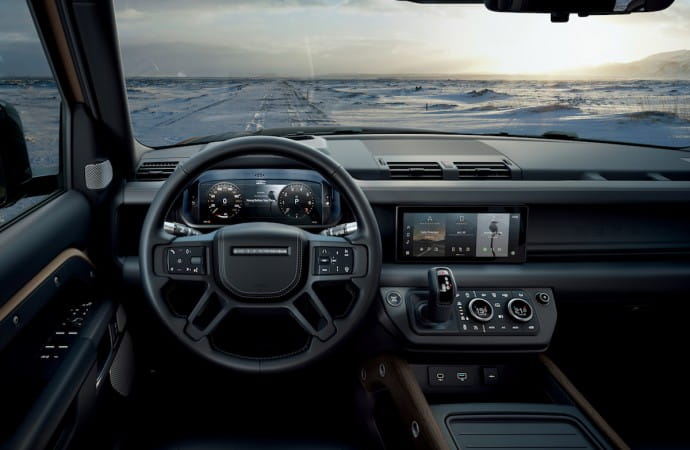 The new Defender’s interior, like the exterior, is a striking mix of retro and modern. The aluminum accent on the dashboard is actually a powercoated structural member, meant to harken back to the original model. What no original Defender had, however, is anywhere near this much technology. The gauges are digital, and there’s a ten-inch screen in the centre with an entirely new infotainment system that supports over-the-air updates and is supposedly more user-friendly. The automatic shifter resides on the dash to make way for an expansive console on five-seat and five-plus-two-seat models, or a middle front seat on six-seat models. Utilizing this middle seat would otherwise block the view through the rear view mirror, so the new Defender has a digital rear-view mirror that taps into the rear camera feed and allows for unobstructed view of what’s behind the SUV. 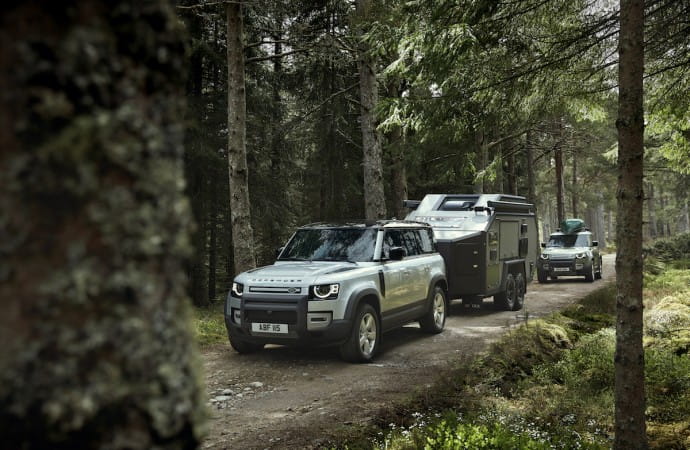 Canadian consumers can option their Defenders with two different engines for the time being. The base P300 engine is JLR’s familiar two-litre turbocharged Ingenium four-cylinder, cranking out 296 horsepower and 295 lb.-ft. of torque. Consumers springing for the P400 engine get a three-litre mild hybrid inline-six making 395 horsepower and 406 lb.-ft. of torque that’s capable of rushing the four-door Defender 110 to 100 km/h in as little as 6.1 seconds. Regardless of engine choice, power is routed to all four wheels through an eight-speed automatic transmission. Low range comes standard, and the available air suspension affords a full 11.5-inches of ground clearance and 900 millimetres of maximum wading depth. Land Rover’s familiar Terrain Response system makes an appearance here, as does an expected locking rear diff. Despite independent suspension and unibody construction, the Defender is shaping up to be quite the off-road vehicle. 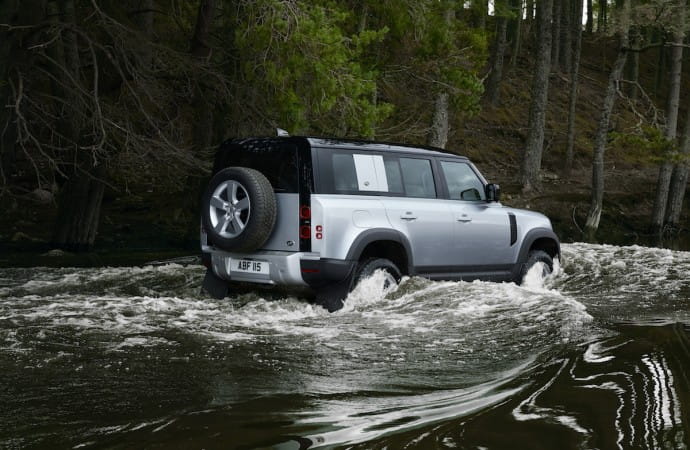 Canadian pricing for the 2020 Land Rover Defender 110 starts at $68,122, while pricing for the Defender 90 will be announced closer to its on-sale date. With a legendary reputation and a rabid following, Canadian Land Rover dealers may have a hard time keeping Defenders on the lot, simply because they’ll be selling them by the truckload.