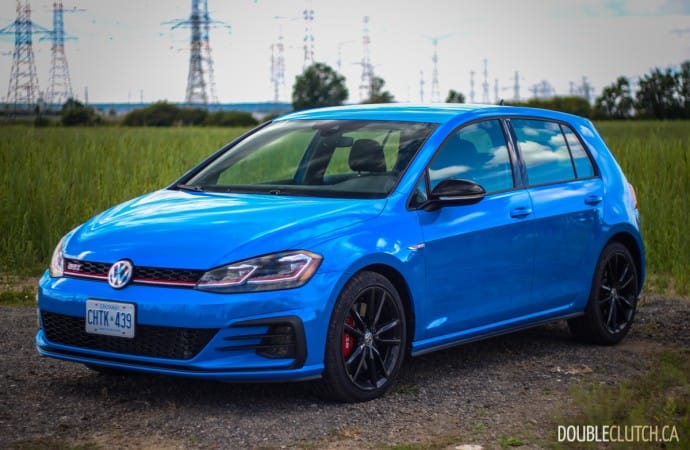 The seven-speed DSG is a great transmission for those who don’t want to row their own gears.

The Volkswagen GTI was the pioneer of the hot hatchback segment that’s now crowded by many well-known names. This class also spawned the hot sedan in the same price range, and is populated by the likes of the Honda Civic Si (reviewed here), Subaru WRX and even Volkswagen’s own Jetta GLI. This year marks the introduction of a unique model to help your favourite hot hatch stand out even more. This is the 2019 Volkswagen GTI Rabbit Edition, painted in a gloriously fun Cornflower Blue. 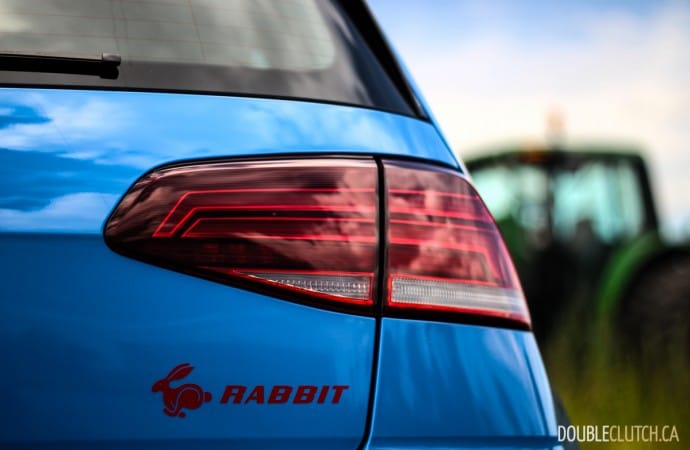 While production of the Rabbit Edition is limited in certain markets, Volkswagen Canada claims that they will produce as many units as consumers ask for, which works in favour of the enthusiast. Adding onto the standard recipe for the GTI, the Rabbit Edition gets Dynamic Chassis Control (DCC), which gives the driver the ability to personalize steering feel, suspension, and engine tuning for the ideal setting. Sitting between the base and Autobahn trim levels, the Rabbit also adds adaptive LED headlights, Rabbit badging throughout, gloss black 18-inch wheels.

Four paint colours are available that are also exclusive to the Rabbit Edition, which are the pictured Cornflower Blue, Urano Grey (reviewed here), Pure White, and Deep Black Pearl. This edition is sure to bring back memories for those who remember the original Rabbit (no, not the five-cylinder Golf re-badge of the mid-2000s), and as we know, Volkswagen enthusiasts are a passionate crowd. The Rabbit Edition also carries the same buttoned-down styling and understated looks that the GTI is known for. This alone gives it extra points in my books over its loud-looking counterparts. 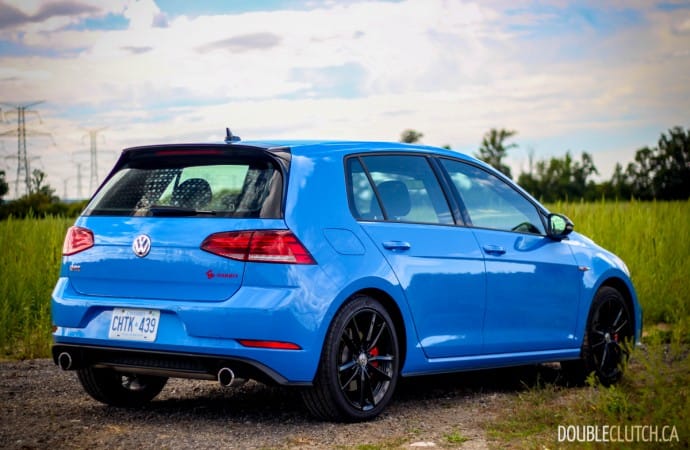 Powering the GTI is Volkswagen’s corporate 2.0-liter turbocharged inline four-cylinder engine. It has been improved over the years, and now the 2.0T offers 228 horsepower at 4,700RPM, and a peak of 258 lb-ft. of torque between 1,500 and 4,500RPM. The powertrain is now tried and true, and boasts a genuine personality as opposed to some less-interesting motors (looking at you, current Civic Si). There is some turbocharger lag off the line, but adjusting the engine tuning into its more aggressive setting will reduce this. The GTI is more at home when being pushed rather than puttering around town, and it shows.

The seven-speed DSG is a great transmission for those who don’t want to row their own gears. Earlier this year we reviewed the manual GTI Rabbit Edition (reviewed here) and surmised that it’s one of the best hot hatches out there right now. This gearbox can shift extremely quickly, and the paddles are responsive should you opt to shift yourself. For those whose commutes consist of significant traffic, this would be a perfectly acceptable choice. Traditionalists can opt for the six-speed manual, and save $1,400 to do so. The adjustable dampers on the GTI are fairly good, and do a decent job at keeping ride quality sorted. 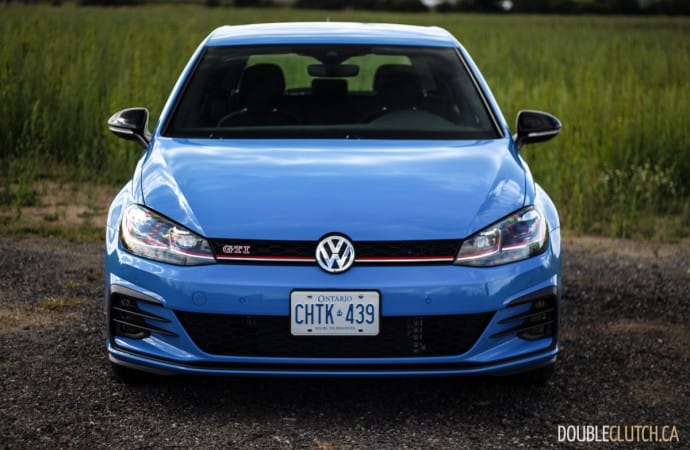 Body roll is at an absolute minimum, and the GTI tracks well down the road despite its front-drive nature. At the absolute limit, there’s a natural tendency to understeer, as cliché as this statement may be. The more expensive Golf R (reviewed here) exhibits this as well, thanks to the Haldex all-wheel-drive system. On cornering, the GTI is aggressive and confident, though the steering doesn’t have an ounce of feel to it. It goes where pointed and there’s decent weight to the wheel, but there is no communication to the driver’s fingertips, and the experience feels very digital overall.

Stepping into the car, drivers will be greeted with the plaid cloth seats that are a GTI staple for decades now. The interior is extremely well designed, and while it doesn’t scream “wild”, similarly to the exterior it’s functional and well done. Ergonomics are all fairly good, and the driving position is spot on. The rear seats will accommodate full-sized adults for shorter stints, though being a compact, it’s no long-wheelbase S-Class. Visibility is decent as well, making this a car that’s very easy to drive daily, year-round. 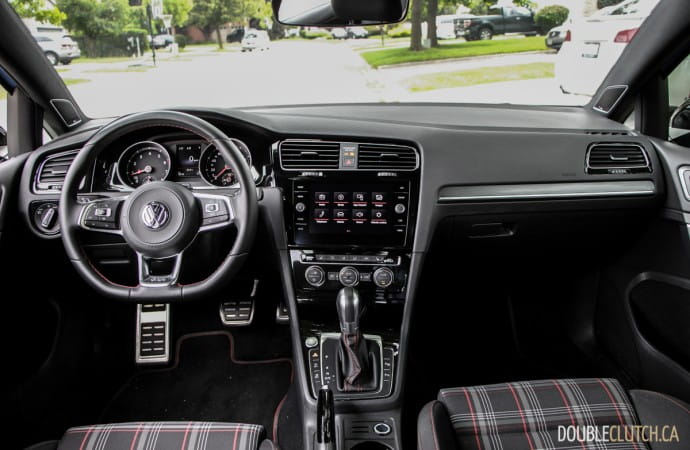 Connectivity is all managed using an eight-inch touchscreen packing Volkswagen’s corporate infotainment system. It has replaced many of the hard buttons with touch-points over the years, though volume and tuning knobs are present. The screen supports Apple CarPlay and Android Auto connectivity, and a closeable nook beneath the automatic climate control can hold your USB-powered device and keep it hidden away to prevent distraction. The GTI doesn’t get the digital gauge cluster seen in the Golf R, but the instrumentation is well-marked and clear.

One of the biggest plus points in favour of the GTI and all of its hot hatch rivals is excellent fuel economy. These are cars that you can drive the snot out of, and they will still remain relatively frugal. Volkswagen Canada estimates 9.8L/100km city and 7.3L/100km highway in this model, and it’s tuned to accept 87-octane regular fuel without any power compromises. We observed 8.5L/100km, right within the manufacturer’s predictions, over a week-long test. 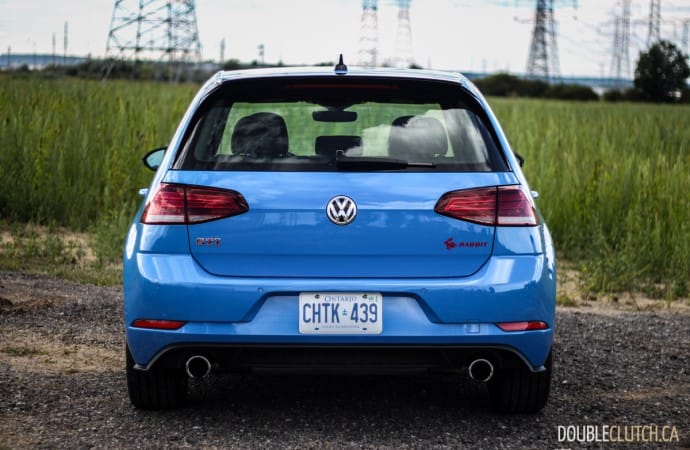 Volkswagen prices the GTI from $30,845 and the Rabbit Edition from $33,995. Our DSG-equipped test vehicle starts at $35,395, and the Cornflower Blue is a no-charge option. The Driver Assistance Package Plus is really the only available package, and costs $1,750. This adds Adaptive Cruise Control with Stop and Go, Blind Spot Detection, autonomous emergency braking, park assist, and automatic high-beam control. While this package may bring upon some eye-rolling from purists, it’s sure to add to resale value down the road as more and more buyers are demanding of these features. The as-tested sticker before taxes and fees is $37,145.

A competitor most often forget about is the MINI Cooper S, which starts at $28,690 in five-door form. It delivers similar power numbers and an engaging driving experience, for less money. Even if it’s loaded up, the Cooper S comes in at a very similar price point as the Rabbit. The Honda Civic Si is a touch down on power, but is also significantly cheaper. The Civic Type R is a little bit more money, but also offers more than 300 horsepower. 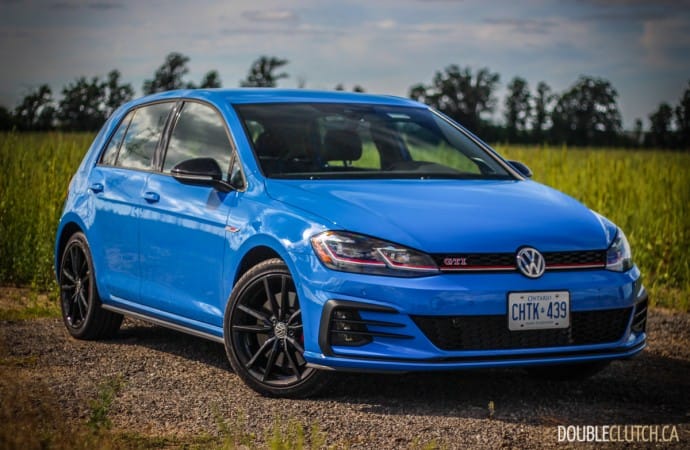 At the end of the day, the hot hatchback boils down to preference, depending on what brand you favour and which offering stands out to you the most. The 2019 Volkswagen GTI Rabbit Edition is one that sticks out to our entire team, due to the discrete looks. It provides an excellent driving experience and is by far the easiest of the group to live with. If you don’t need the all-wheel-drive of the Golf R and can shift your own gears, the GTI Rabbit Edition in manual form might be the perfect daily driver. 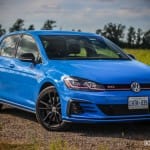 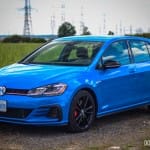 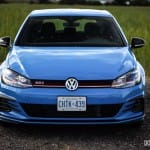 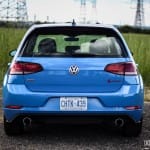 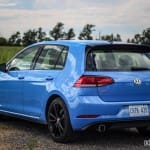 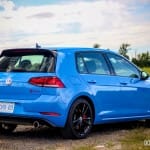 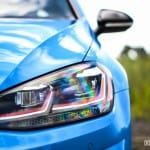 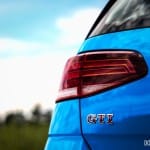 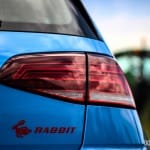 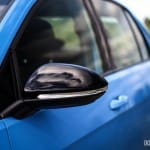 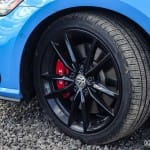 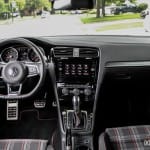 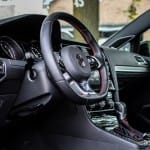 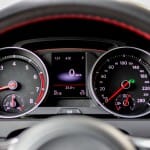 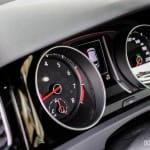 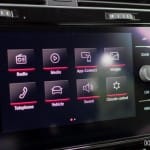 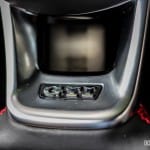 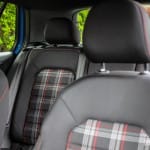