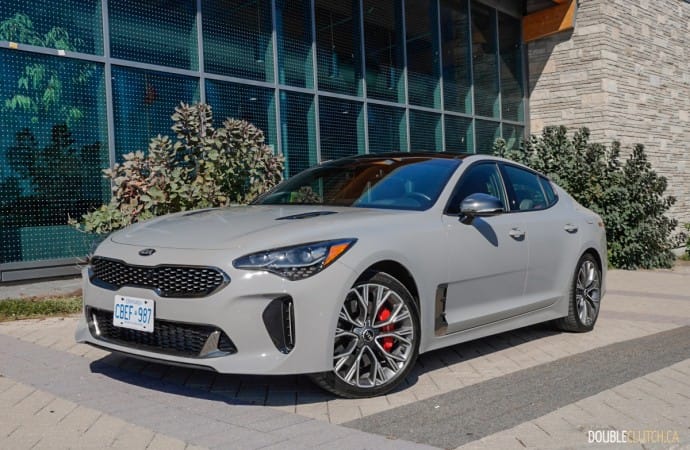 Looking ahead, Kia’s future is as bright as ever.

Two decades may sound like an eternity for some, but for an automaker trying to establish a brand and build a reputation from the ground up, it would seem like a flash. Kia Canada has accomplished a lot since launching in Canada in 1999, having grown from 43 dealers and two products to a portfolio of 194 dealers and 18 models including the Stinger, 2019 Canadian Car of the Year. To commemorate this milestone, Kia has launched the limited 2019 Kia Stinger GT 20th Anniversary Edition. 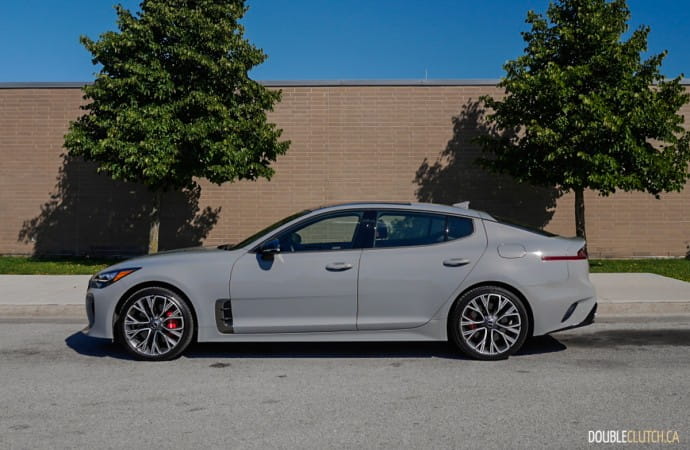 The 20th Anniversary Stinger can be distinguished by its gorgeous Ghost Grey exterior and Red Nappa interior. The colour is a perfect complement to the Stinger’s striking styling; it draws attention to its svelte design without needing the use of vibrant colour, and the shade is light enough to put the car’s muscular contour on full display. Kia says that the front air curtains, wheel arch gills, and integrated rear diffuser are actually functional in improving aerodynamics, and the unique 19-inch wheels along with the red Brembo big brake kit behind them make sure that onlookers know this model is more just an appearance package.

The reason for the need for a Brembo brake kit is the 3.3-litre twin-turbocharged six-cylinder engine that makes 365 horsepower at 6,000 RPM, and 376 lb-ft. of torque at 1,300 to 4,500RPM. Step on the throttle and you will be greeted with a surge of power that pushes you to the back of your seat. Our butt-dyno suggests to us that Kia might have been conservative with the power rating, and thanks to the quick shifting eight-speed Sportmatic automatic transmission, we have zero doubt that the Stinger GT can achieve the 4.7 second 0-96 km/h number. 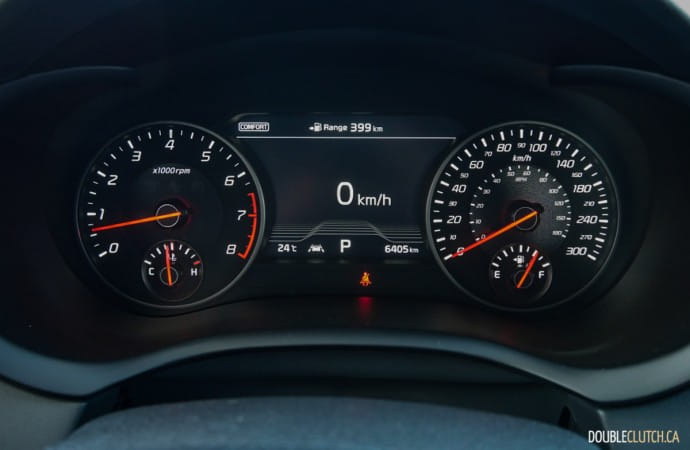 Unlike Stingers offered in the U.S., where they can be ordered with rear- or all-wheel drive, all Stingers in Canada have power routed to all four wheels. The standard Torque Vectoring Control enhances overall performance during cornering by sending power to the wheels that require traction. Drivers can select from five drive modes (Smart / Eco / Comfort / Sport / Custom) that best suit their preferred driving experience, and we observed notable differences in its adaptive dampening response.

While steering response is above average in the full-size sedan segment, the Stinger’s size is evident when you try and toss it into a corner quickly. The beefy 4,165-pound curb weight means this is a car that prefers to be cruising on the highway than staying within orange cones on closed circuits. On open roads, the Stinger GT is an absolute perfect tourer. The ride is comfortable and the standard double-paned glass isolates most of the noise from the outside world. The only sound you hear is from its brawny engine, or from the 15-speaker Harman-Kardon audio system that is standard on GT Limited and the 20th Anniversary models. 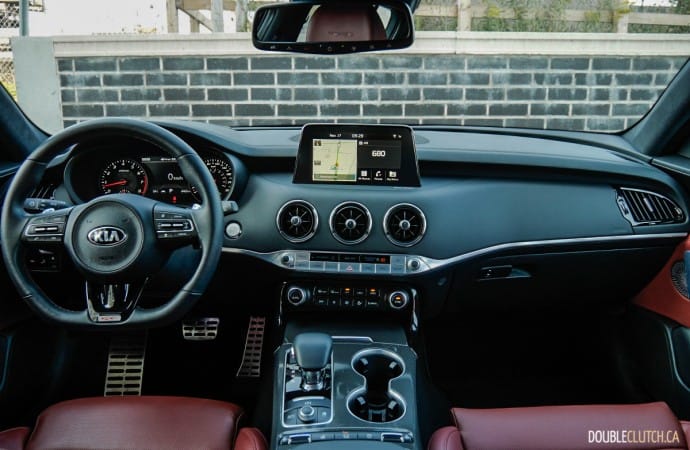 The overall serenity is extended into the cabin, where front passengers have the opportunity to relax on the heavily padded power adjustable seats that are heated and ventilated. Driver should not have problem getting comfortable thanks to power adjustable lumbar support, cushion extension, and seat bolsters. The dedicated 20th Anniversary Edition red Nappa leather interior might not be for everyone, but it adds an element of exclusivity to this car and the craftsmanship is top-notch.

Ergonomics inside the Stinger GT are good; the large windscreen offers excellent visibility out front, and the blind spot is not overly compromised by the thick C-pillar. The steering wheel is a joy to hold, and most buttons are within reach. Our only complaint is the distance of the touchscreen and we found ourselves reaching forward to make changes. A solution would be to have a touchscreen and a controller knob like the BMW iDrive system. Kia’s UVO system is quite intuitive; most applications are within a click or two, and it supports both Apple CarPlay and Android Auto. 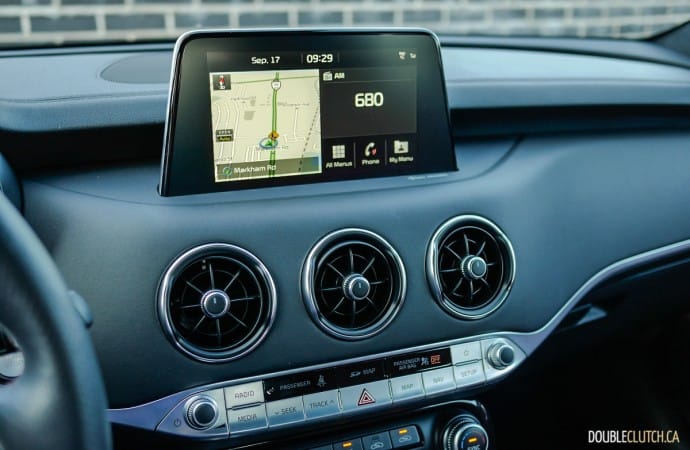 Smartphone users can also download the UVO Intelligence app, which allows owners to remotely lock/unlock, start the car and adjust its climate control, control its horn and lights, perform a vehicle status check, locate the vehicle, as well as handle critical services such as automatic collision notification, roadside assistance, and SOS Emergency services.

The Stinger GT’s fuel economy ratings are 13.6L/100km in the city, 9.6L/100km on the highway and a combined rating of 11.8L/100km. We observed an average of 12.3L/100km for our mainly city commute during a week of testing, which puts it on the thirstier side for cars with similar size and power output. Regardless of engine choice, premium fuel is recommended on all Stinger models. 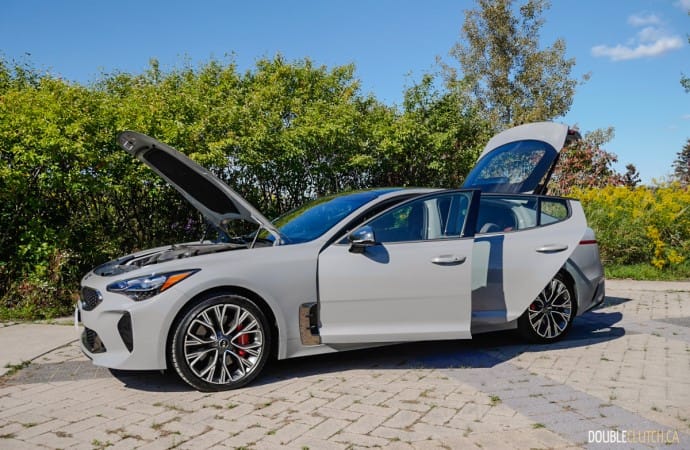 Pricing of the 2019 Kia Stinger starts at $39,995 for the 2.0L GT-Line AWD model, and the Stinger GT with the turbo V6 at $44,995. Our as-tested 20th Anniversary Edition comes with all-inclusive pricing of $51,495. This is great value for those who are able to get an allocation as it adds the special colour combination, 19-inch wheels, carbon fiber pattern interior trim, red trimmed floor mats, and only $1,500 over the GT Limited model. 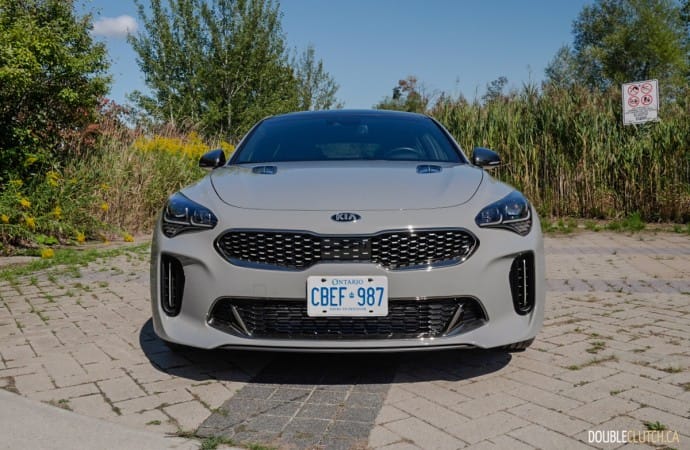 Given its size, performance, and the near identical price point, the Stinger GT is in direct competition with the Buick Regal GS (reviewed here). Both are very attractive cars in their own rights, the Stinger GT features a more refined interior, and a more powerful twin-turbo powerplant, but the Regal GS is the better handling one of the two with its communicative chassis. Kia has made it no secret that it aims the Stinger GT directly at German sport sedans such as the BMW 440i Gran Coupe and the Audi S5 Sportback. While the overall package is nowhere as luxurious, its does present a very interesting value proposition much like its twin, the Genesis G70 3.3T (reviewed here).

Looking ahead, Kia’s future is as bright as ever. This is a company that continues to push the envelope when it comes to vehicle designs. By their definition, design means constant change and innovation. We have witnessed that over the past 20 years in Canada, and the company’s rapid growth is the direct result of excellent design and increasing product quality. The 2019 Kia Stinger GT 20th Anniversary Edition is a showcase of how far the company has come. 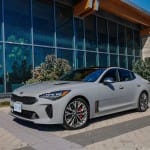 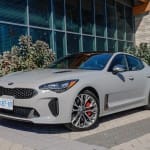 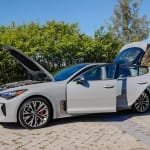 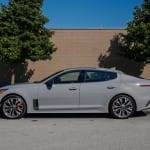 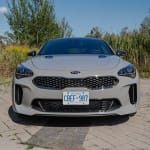 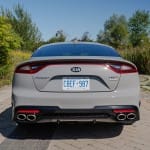 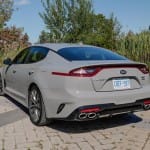 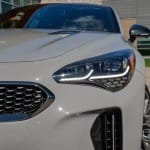 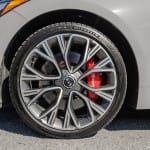 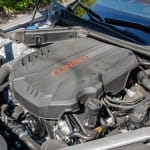 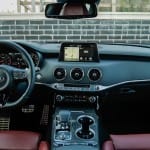 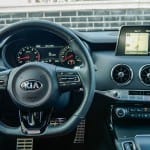 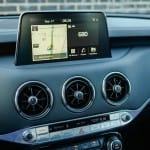 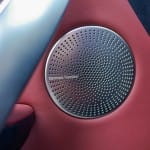 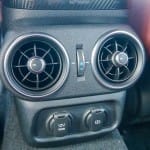 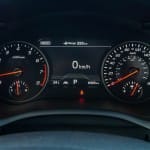 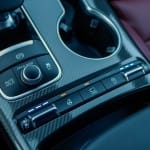 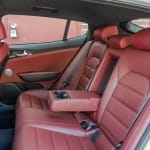 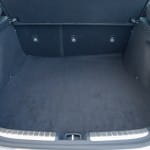