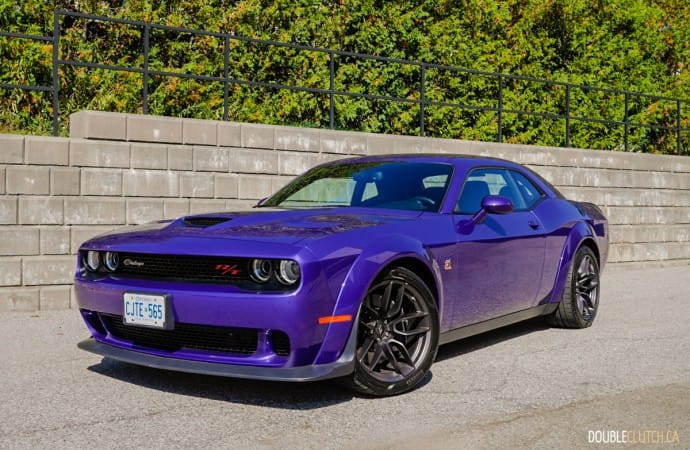 The Challenger’s handling is good and the steering feels connected.

We associate certain cars with superheroes, usually from their appearance on the silver screen and how this relates to their attributes. Iron Man has the Audi R8, Batman gets the flat grey Lamborghini Aventador (reviewed here), and a purple Hyundai Veloster with flame decals on the side belongs to the Antman as a result of their successful advertising campaign. 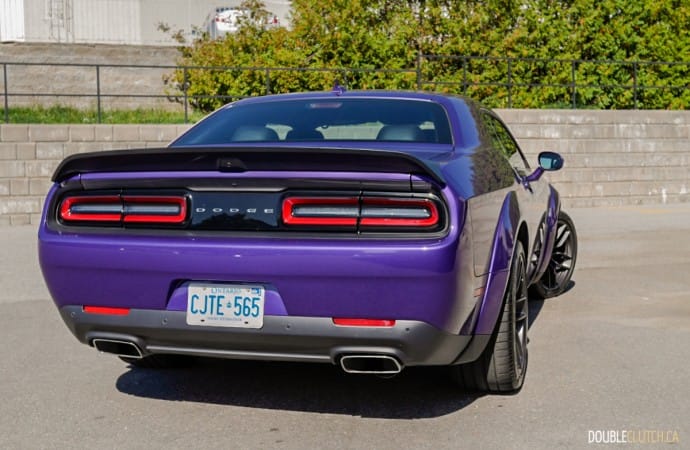 This week, we are graced with a car in our garage that reminds us not of a superhero, but of the unapologetic, manic, and often misunderstood Joker. Our test week coincided with the Joker movie premiere, and we were approached several times by casual fans telling us that the 2019 Dodge Challenger Scat Pack 392 in Plum Crazy Pearl is what they would imagine Joker would drive in real life.

Not only does our tester’s colour matches Joker’s purple blazer perfectly; the confidence it exudes is not unlike that of Batman’s archenemy. The Challenger is unmistakable as a traditional American muscle car. With the extra body panels over the fenders on this Widebody example, it has a presence that attracts far more attention than that of the Ford Mustang (reviewed here) and Chevrolet Camaro. 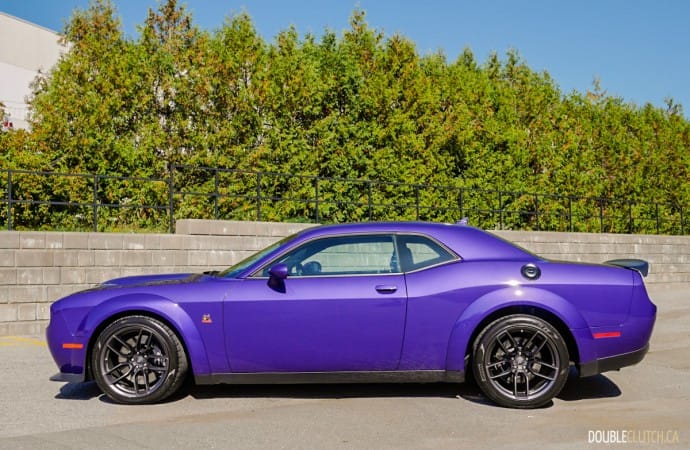 Dodge has dressed the Scat Pack up further by giving it a special Scat Pack Bee 392 badge on the fenders, the Rhombi illuminated Air-Catcher headlamp, SRT front splitter, and the standalone option of SRT Barracuda spoiler ($875) that makes it look retro yet special. The optional 20-inch ‘Devil’s Rim’ aluminum wheels are a perfect complement to the entire colour scheme, and allows the optional six-piston Brembo calipers to peek through from behind.

The number in the Challenger Scat Pack 392’s name is for its engine displacement in cubic inches, which translates to approximately 6.4 liters. This is a HEMI V8 engine that produces 485 horsepower at 6,100 RPM, and 475 lb-ft. of torque at 4,100 RPM. Those who are used to seeing outrageous power figures from different crazy models of Challengers like the SRT Hellcat and the SRT Hellcat Redeye will think that 485hp is not much, but in reality it is more than enough for the Challenger to rip out tarmac and launch like many of its predecessors that are made in Detroit. 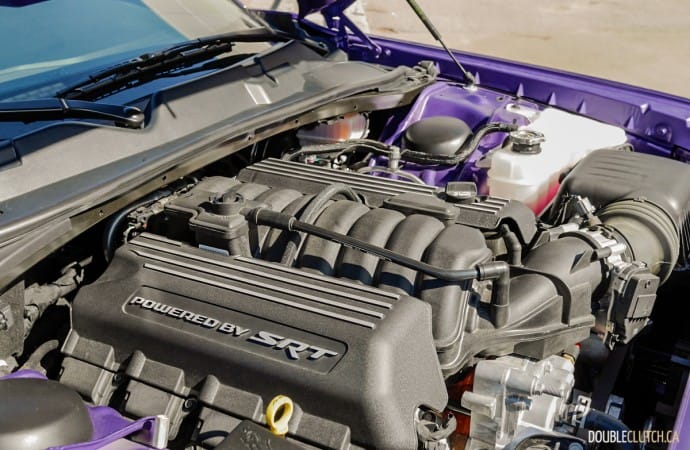 Our tester was equipped with an optional six-speed TREMEC manual transmission ($1,000 – I miss the days when you had to pay extra for the car to do the shifting work for you) that is easy to operate and quite a joy to row. The clutch is heavy like one would expect, but it is not punishing and we were able to negotiate driving through city traffic in rush hour without breaking much of a sweat. With the help of the standard Launch Control function, the Challenger can lift off from zero to 96 km/h in the low four-second range, and achieve a quarter mile sprint in the mid-12 seconds.

This number puts the 4,308-pound Dodge Challenger’s straight-line performance on par with the BMW M2, absolutely phenomenal. The Challenger’s beefy proportions show when the roads get windy. However, considering its size, the Challenger’s handling is good and the steering feels connected. There is road feel, and the electrically assisted rack does a good job to mimic the work of a hydraulic one. Hopping into the Challenger does carry a bit of learning curve, not only because of its size, but for its floaty feel on the road. This is not to be mistaken as a feeling of disengagement from the road, rather it simply takes a fraction more attention than normal cars to find its footing between the road markings especially at highway speeds.

Even though fuel consumption figures are often secondary to its power figures for a thoroughbred American muscle car, Dodge has made effort to help conserve fuel. If equipped with an automatic transmission, the Challenger has a Multi Displacement System that can shut down half of its cylinders on light load driving conditions to minimize its carbon footprint. This is not available on the manual transmission model tested here. The Scat Pack 392 estimates to consume 16.7L/100km in the city, 10.4L/100km on the highway, and a combined rating of 13.9L/100km. We observed an average of 15.5L/100km during our week of mostly city driving.

The Challenger’s interior is rather basic, but still a good place to spend time in. The front heated and ventilated seats are wrapped with Alcantara and Nappa leather, and they are heavily cushioned to provide great comfort to just about anyone. The console is angled towards the driver to create a sense of focus, and every switch is well within reach. Despite the high waistline, visibility is good with a commanding view overlooking the performance hood, and blind spots are minimal. Head and legroom in the front are generous for a coupe, and rear passengers under six feet will be fine. Trunk volume is a very useable 458 litres. 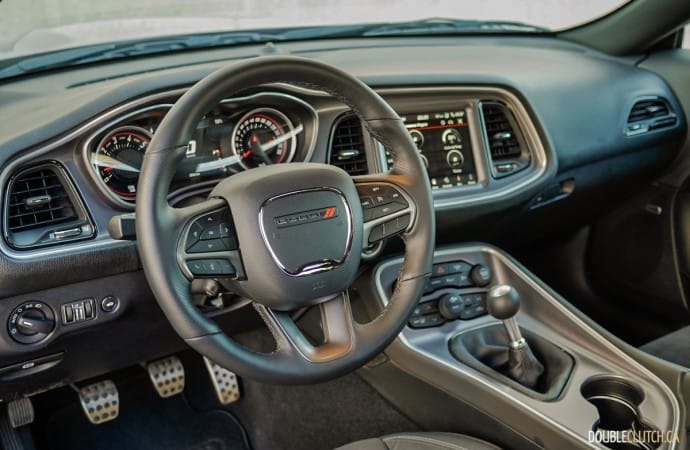 The 8.4-inch touchscreen housing Dodge’s Uconnect infotainment system remains one of the more intuitive systems in the market today. Apple CarPlay and Android Auto connectivity is supported, and our tester is equipped with the optional navigation system to make getting around easy. There was an optional Alpine premium audio system with nine-speakers and a 506-watt amplifier built-in that is well worth the $495 price tag.

To assist drivers navigate the Challenger’s mammoth footprint, our tester is equipped with an optional Driver Convenience Group that includes blind-spot monitoring with rear cross-path detection, as well as high intensity discharge headlamps to help with night time driving visibility. Those who are looking for Adaptive Cruise Control and Forward Collision Warning systems can check off the Technology Group on the option list. 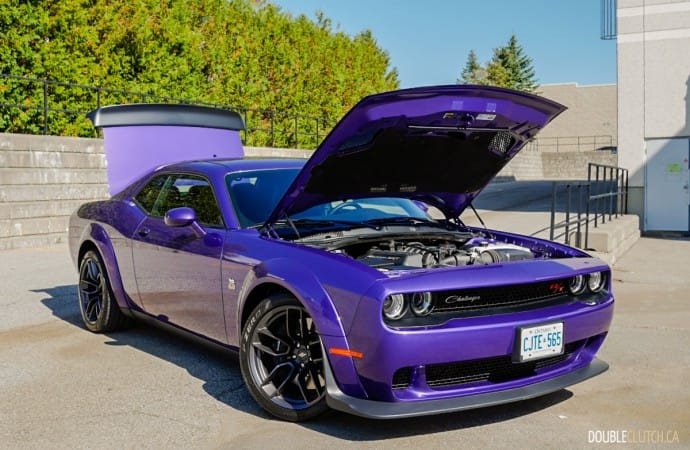 Pricing of the 2019 Challenger Scat Pack 392 starts at $51,195, and our tester was added with a long list of options that brings its as-tested price to $65,125. Notable additions include the Customer Preferred Package 23N that includes the Brembo brakes, Widebody fender flares, Widebody competition and adaptive damping suspension, and the 20-inch wheels for $8,000. This price point competes head to head with the Ford Mustang GT Premium with Performance Package Level 2, and is more than a loaded Chevrolet Camaro Coupe 2SS.

Both the Ford and the Chevrolet are greater driver-centric options that can run laps around the Challenger on a racetrack, but the Challenger’s appearance and the way it goes about its business is appealing to those who are looking for an uncompromised American muscle car experience. Much like the character from Gotham that dons the purple suit, no matter how crazy it may seem or how often it gets overlooked, the Challenger serves an important purpose of offering a counterbalance to the muscle car world and fans are happy to see it exist. 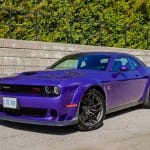 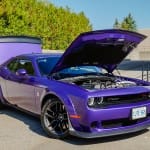 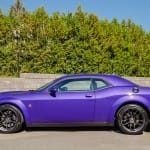 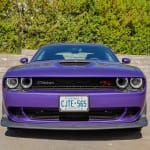 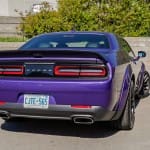 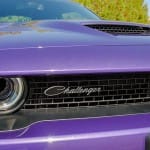 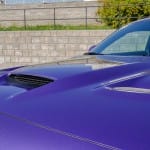 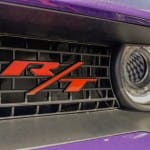 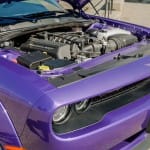 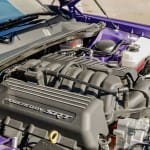 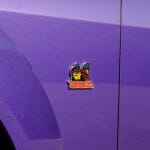 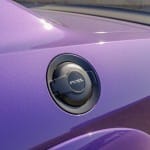 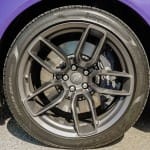 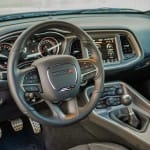 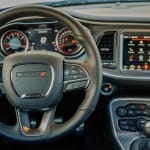 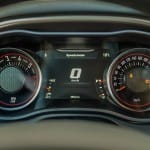 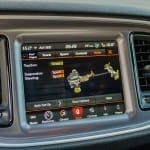 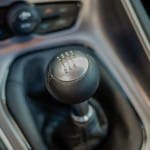 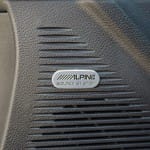 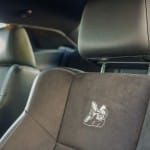