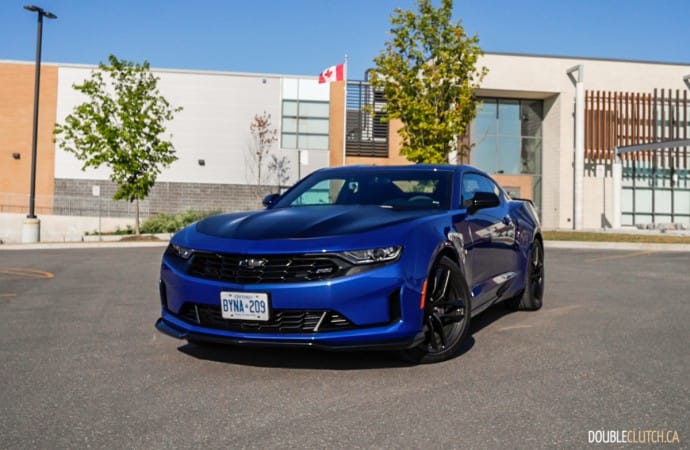 Its characteristics as a relaxed cruiser show when you give this powerplant the beans.

One of our favourite sports cars tested last year was the Chevrolet Camaro SS 1LE (reviewed here). We liked it so much, that we rewarded it with our Best Sports Car ($50K to $100K) award. We enjoyed its juicy power, communicative steering, excellent body control, and sheer amount of mechanical grip. We think the Camaro’s excellent chassis could make for a good learner’s car for those new to the wonderful world of motorsports, if it is ordered without the LT1 V8 engine but retaining the 1LE Track Performance Package. It can serve as an alternative to the popular Subaru BRZ (reviewed here) and our perennial favourite, Mazda MX-5 (reviewed here). 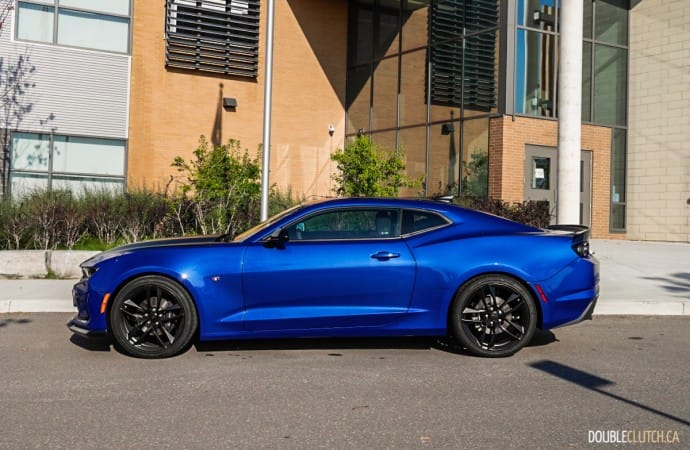 Our team was collectively excited when General Motors Canada introduced their 2019 Chevrolet Camaro Turbo 1LE Coupe, with a 2.0-litre turbo four-cylinder engine, a six-speed manual transmission, and of course, the optional 1LE Track Performance Package. On paper, this is the ideal specification we want for a fun summer car. With the keys in hand, we set out for a week of testing including a series of back road jaunt.

The Camaro’s turbo-four engine is the base engine in the Camaro line up, slotting itself below the 335-hp 3.6L V6 engine. Power is rated at 275 horsepower at 5,600 RPM, with max torque of 296 lb-ft. arriving between 3,000 and 4,500 RPM. The max torque figure is important to note here, as it provides plenty of oomph to push the Camaro along whenever you need to get it going, and does not let up until you are high up in the rev count. While we can confidently describe the Camaro’s turbocharged power delivery as effortless, we would stop short of calling it a thrill ride. The Camaro Turbo is a perfectly capable modern city cruiser, but its characteristics as a relaxed cruiser show when you give this powerplant the beans. The main culprit here lies in the six-speed manual gearbox. While it remains our preferred method of gear selection, the ratios are too tall and the shifter feel is too rubbery for this Camaro to be considered an exhilarating ride. 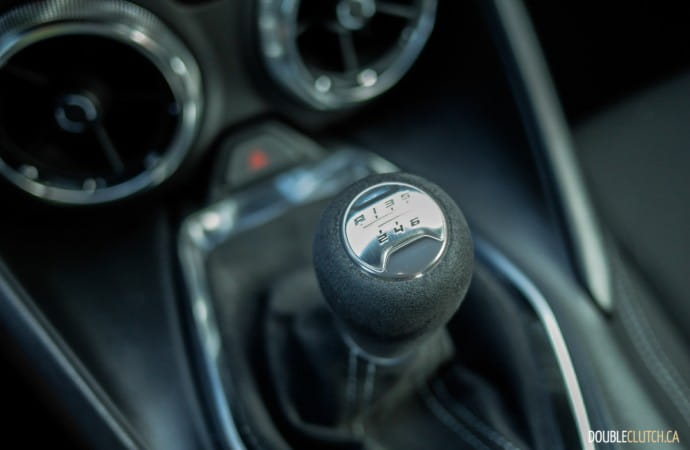 The $5,195 1LE Track Performance Package adds both form and function to the Camaro. The black hood wrap, front splitter, mirrors, rear spoiler, and 20-inch forged-aluminum wheels distinguish the Camaro’s track readiness. More importantly, it adds key suspension bits (dampers, rear cradle mounts, ball-joint rear toe links, stabilizer bars) from the Camaro SS. A limited-slip differential, Brembo brakes, as well as a heavy-duty cooling system to help ensure the Camaro is ready for track work. The end result is a car that feels absolutely precise through the corners, and was stable and neutral no matter how much we tried to get it to wag its tail.

It is a weird feeling when an American muscle car’s chassis outshines the powertrain, but this Camaro 1LT Coupe is not your typical hot rod. Due to the high waistline and the low seating position, the Camaro outward visibility is severely impaired and creates for a challenging task to see the intended driving line. However, it more than makes up for this with a chassis that goes where pointed, and brakes that can stop the car on a dime if you happen to have missed the apex. 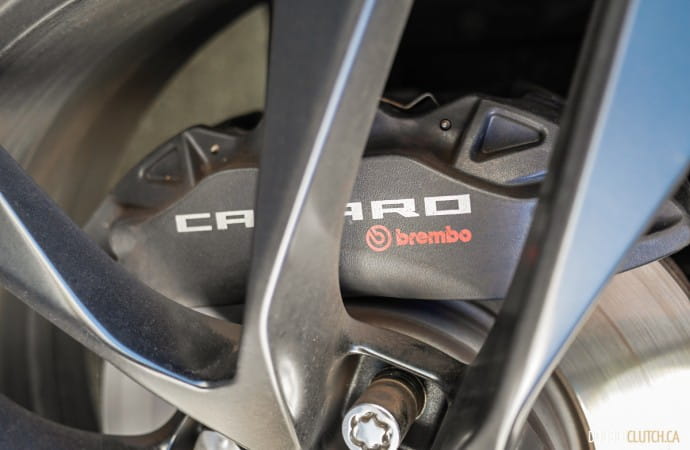 Lots has been written about the way Chevrolet botched the Camaro’s looks when it was refreshed. While we do agree that the 2018’s front bumper design is cleaner, we think the 2019 Camaro is still a eye-catching car especially with the Riverside Blue Metallic paintjob and the black 1LE styling bits. We received a lot of attention during our week with the Camaro, way more than we did with the Mustang convertible (reviewed here). This tells us the current generation Camaro’s design is still very relevant and suitable for its intended buyers.

Moving inside, the Camaro’s design became far more conservative. The standard seven-inch Chevrolet Infotainment 3 touchscreen looks far too small for today’s standards, and the monotonous interior looks bland. There are lots of hard plastics in the cabin, even though the 1LE Track Performance Package’s upgraded suede-wrapped steering wheel and shift knob help inject some much-needed sportiness and feels great. Ergonomically, while the driving position is good, the lack of visibility created by the tall dashboard and waistline makes it difficult to feel comfortable driving in crowded settings. We also noted some awkwardness from a practicality standpoint, such as front seats that fold but don’t not automatically slide when accessing the rear bench, USB ports hidden inside the glovebox, and hard-to-reach cupholders. 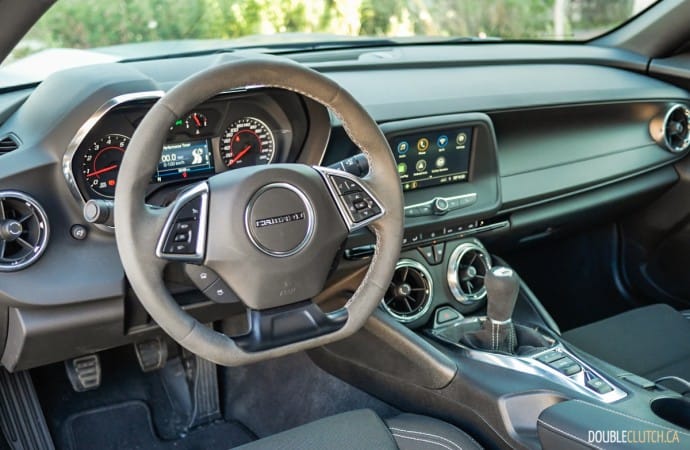 The infotainment system is easy to use, with simple layouts and handy shortcut keys below the screen. Our tester came with a standard six-speaker system that does the job in the small cabin, but audiophiles are recommended to get the optional Bose premium audio system with nine speakers. SiriusXM radio, Apple CarPlay and Android Auto connectivity are supported, and in typical GM fashion, OnStar service and 4G LTE Wi-Fi hotspot capabilities are included as standard features.

Fuel economy is rated by Natural Resource Canada as 11.9L/100km city, 7.9L/100km highway, for a combined rating of 10.1L/100km. We were able to achieve 11L/100km during our week of combined commute, and Chevrolet requires premium fuel to feed its 72-litre tank. 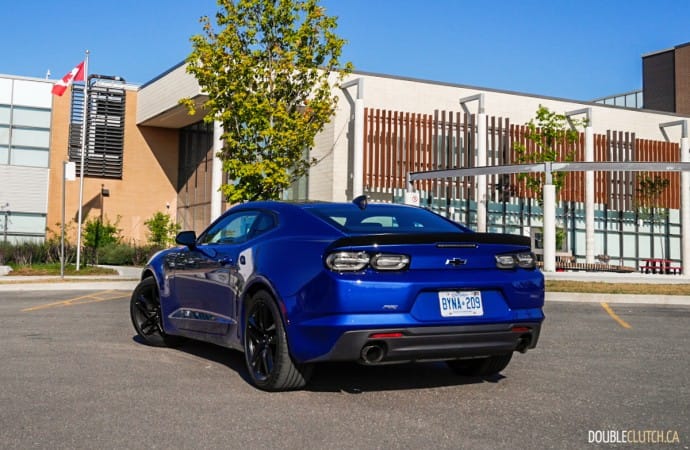 Pricing of the 2019 Chevrolet Camaro 1LT Coupe starts at $29,845, and our tester had an as-tested total of $35,660 adding the 1LE Track Performance Package ($5,195), paint ($495), and wheel locks ($125). Aside from the obvious Ford Mustang EcoBoost with Performance Package comparison, the Camaro 1LT also competes closely against the aforementioned Subaru BRZ RS as a 2+2 sports coupe that can track. The Camaro’s turbocharged powerplant shares many similar pros and cons as the Ford’s EcoBoost engine, and buyers should give them both a test drive to decide whether they prefer the Camaro’s sharper handling over the Mustang’s better interior ergonomics.

The 2019 Chevrolet Camaro Turbo 1LE Coupe is a good option for those shopping for an attractive and capable sports car. Its communicative steering and excellent handling abilities make it a good car for those who want to learn about performance driving. The Camaro remains one of the best sports cars out there, however its large footprint and lack of outward visibility held it back from unseating the de facto choices of the BRZ/86 and Miata as the best beginner sports car. 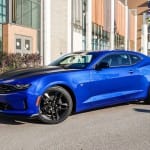 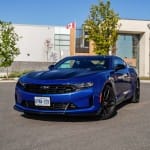 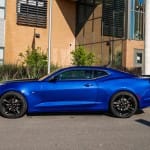 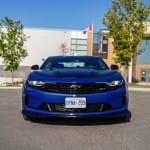 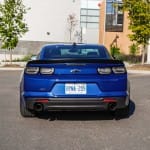 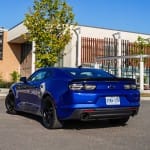 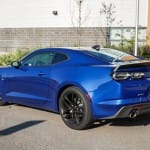 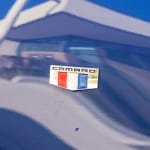 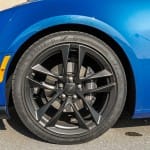 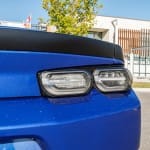 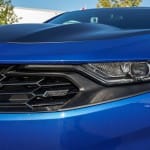 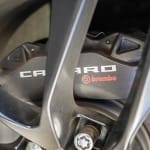 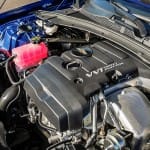 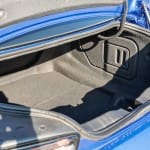 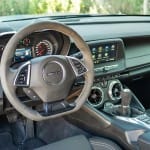 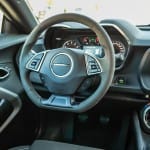 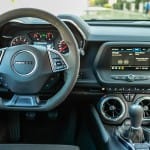 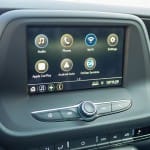 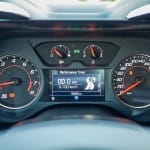 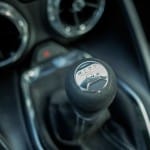 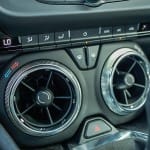