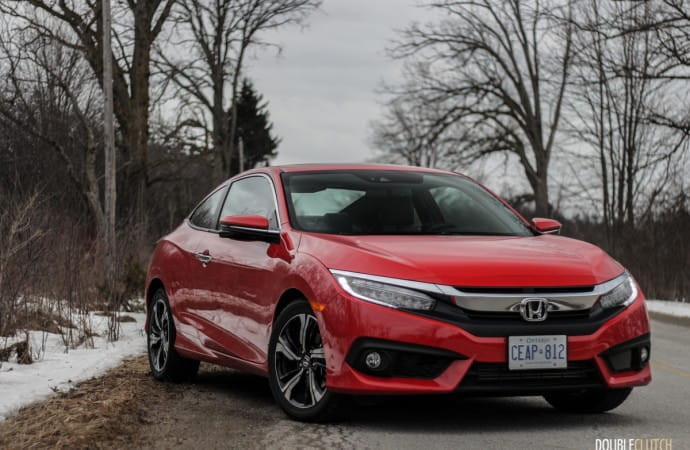 As prices for everything seem to just skyrocket, we have to sit down and reflect on where to spend our hard-earned dollars.

The biggest expenses are the cost of living and the cost of transportation. In the late 1970s, Honda introduced a little compact car to combat the Americans and their thirsty V8 muscle cars. It was a tough time for the economy with high fuel costs and something just had to give. Looking at the cost of operations for these full-sized barges, it was time for a game changer; and so the Civic was born. 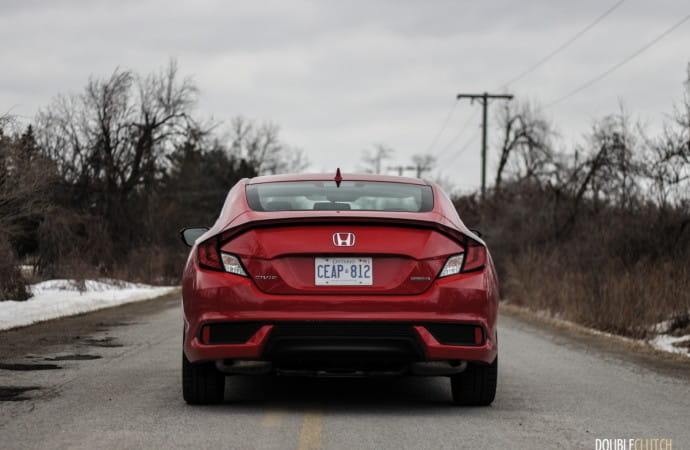 From day one, the Honda Civic has been good at being exactly what the vast majority of the market wants, and this applies globally. Efficiency, creature comforts, and overall quality has improved over the years, with Honda’s engineers chiselling away and striving for perfection. Over multiple decades, we have come a long way from the two-speed Hondamatic transmission and the honest but basic little car that started it all. Today, the Civic is one of the bestselling nameplates around the world, and with such a vast variety of configurations available, there has to be one for everybody.

Three body styles currently comprise the lineup; the basic sedan, the versatile hatchback, and the stylish coupé. Multiple powertrains and transmissions range from a basic 2.0L four-cylinder motor to the heart of the 300+ horsepower Type R (reviewed here). Those not wanting extremes on either end can opt for the well-equipped Touring or sporty Si grades. We decided to take a spin in a 2018 Honda Civic Touring Coupe, sitting at the higher end of the two-door line, and graced with all of the upscale features that are available to today’s Civic buyers. 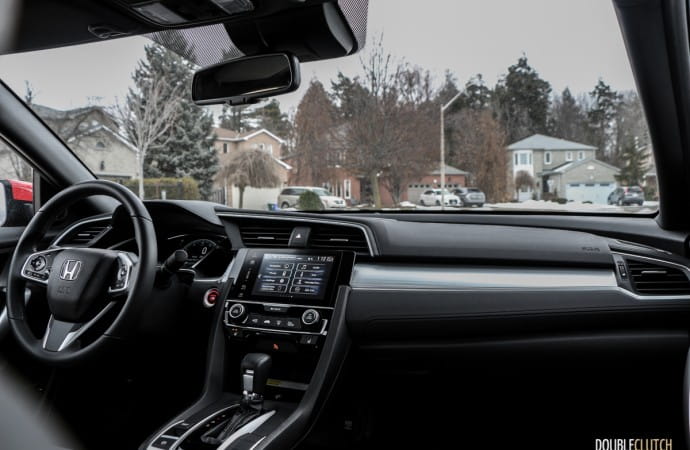 Notable features on the Touring include a 7” display with Apple CarPlay and Android Auto functionality to attract millennials, and this is actually available right from the base model. This means that using your smartphone, you can access navigation through the touchscreen without needing to buy the Honda factory navigation. Additionally, the Touring adds automatic climate control, Honda Sensing suite of active safety features, hill start assist, leather seats, and a power sunroof. Canadians will be happy to see that heated seats are also on board and are a godsend in the winter.

Under the hood is Honda’s 1.5L turbocharged four-cylinder engine, which puts out 174 horsepower at 5,500RPM and 168 lb-ft. of torque at 1,800RPM. This motor unfortunately does away with the i-VTEC technology that many Civic owners have come to love, but replaces it with the intoxicating feel of an eager turbocharger. Off the line, the Civic Coupe still feels very strong when asked to make quick moves, but at the same time does an excellent job staying out of boost at highway speeds, keeping efficiency down. 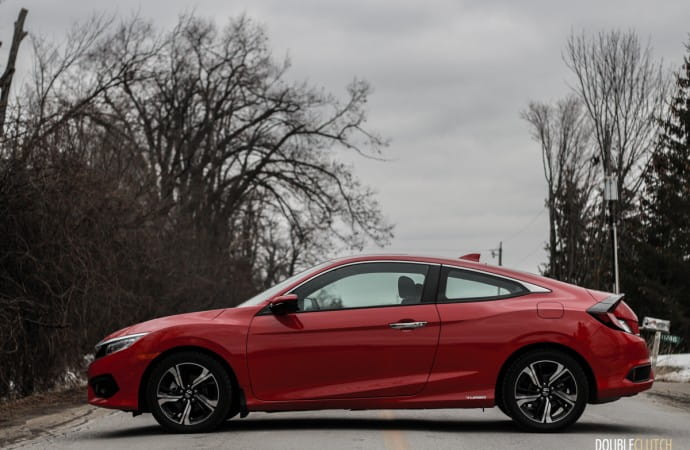 Power delivery is just fine with the drive-by-wire system, with precise response, and throttle response is also instantaneous – exactly what we expect from Honda. The motor fits quite well in the segment, and offers more liveliness than the motors in the Elantra Limited (reviewed here) or in any variant of the Corolla (reviewed here). Those craving more power can obviously opt for the Si, or even switch to the Civic Hatchback and take a gander into the Sport Touring model, but for 90% of the population, the Civic Touring’s 1.5T is just perfect. A six-speed manual is available on the 2.0L LX, but on the coupé, the 1.5T can only be had in CVT. Not to worry, this is a very good CVT and tops offerings from Nissan handily.

The extremely light steering in the Civic is fairly responsive but really lacks analog feedback. On-center feel is decent, but is a bit jittery in the sense that even the slightest tug at the wheel will cause the vehicle to respond. This can be a good thing in the twisties, but quickly becomes tiresome when commuting on the highway. The previous generation (ninth generation) Civic Si’s steering was so good that it set a benchmark for the segment, and we’re sad to see it gone. Making up for this significantly is the exceptional chassis on this tenth generation Civic – ride quality isn’t compromised at all, and remains on the firmer and poised side. The Si (reviewed here) and Type R get adaptive dampers, but this feature is not available on the Touring model. 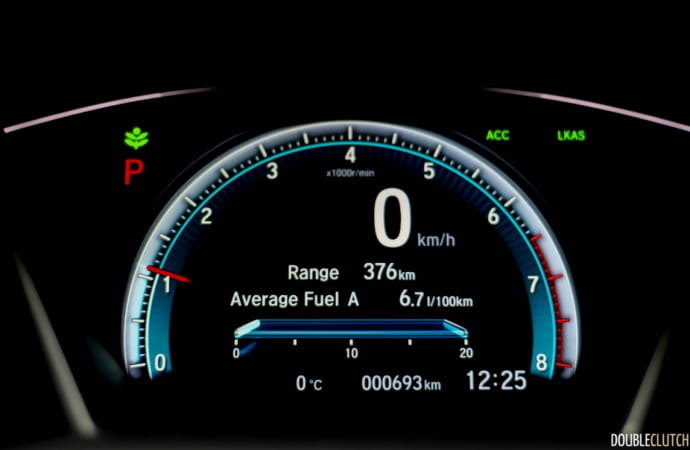 The Civic Coupe returns some impressive fuel efficiency numbers when paired to the CVT transmission. The turbo likes to spool when on the throttle though, and hence the vehicle is rated at 7.5L/100km city and 5.9L/100km highway. With combined driving in winter conditions, our test average returned a very frugal 6.4L/100km. The surprisingly small tank only holds 47L of fuel, and surprisingly, the turbocharged four only requires 87-octane regular. Other tunes of the 1.5L do recommend or require premium fuel, such as the Civic Sport and Si, so this rating isn’t consistent across the board.

Ensuring the driver’s comfort as the main focus, the Civic’s interior ergonomics are well sorted. The cabin is quite welcoming with very few hard plastic surfaces and clear instrumentation. The aforementioned information system is still a bit buggy and could use some polishing – the example in the new Accord (reviewed here) is a serious improvement and is nearly flawless. The leather seats are comfortable and provide great support – the rear seat can accommodate normal-sized adults without issue, a rarity in a small two-door. 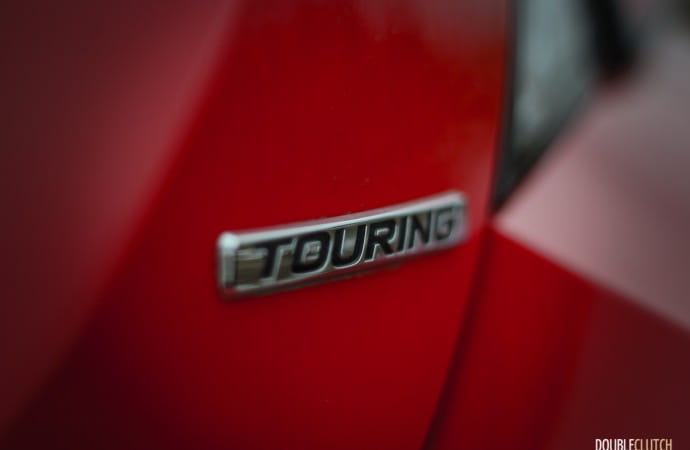 In two-door form, the Civic starts at just $19,990 for the base LX. The LX is still well equipped, and offers a 2.0L naturally aspirated four mated to a six-speed manual transmission. Despite being a base model, the entry level Civic is a fantastic little car and we have come to adore it. The Touring sits at the top of the two-door line before nudging into Si territory, and is priced at $27,990. This sits just below the $28,990 Si, which is worth mentioning as it comes equipped with nearly everything the Touring is, but trades a few of the luxury features in favour of athletics such as a more beefed-up engine and a limited-slip differential.

Honda has been consistent in offering the Civic Coupe to North Americans, despite the take rate on this segment slowly decreasing over time. The Civic’s major competitors are all stubbornly sticking with either the hatchback or the sedan body styles, doing away with their coupés in favour of versatility and let’s face it – adulthood. Despite the fact that the Civic itself has grown quite a bit, we see a niche market for cars like this. We may all be growing up, and the days of the lowered economy coupé with decals, a poorly modified suspension and a body kit may be gone, but excellent little cars like this 2018 Honda Civic Touring Coupe keep the youth within us alive. 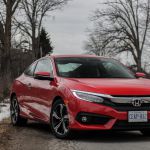 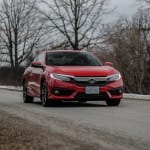 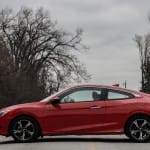 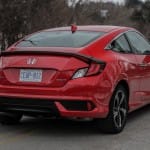 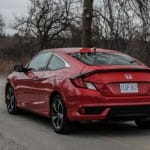 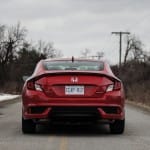 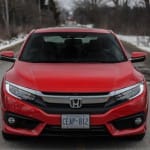 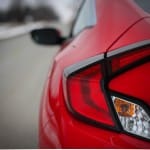 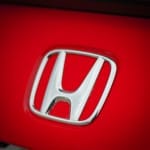 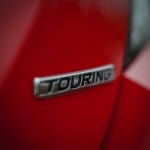 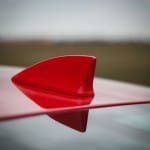 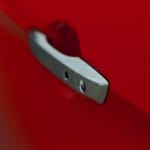 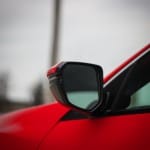 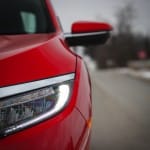 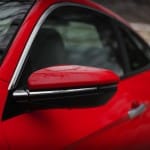 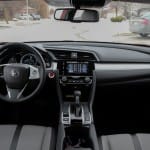 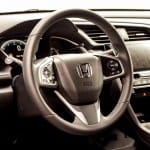 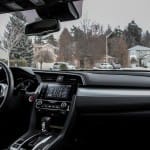 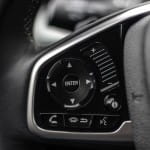 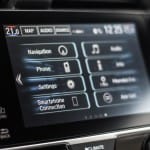 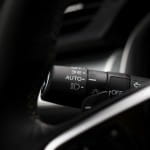 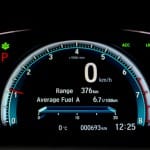