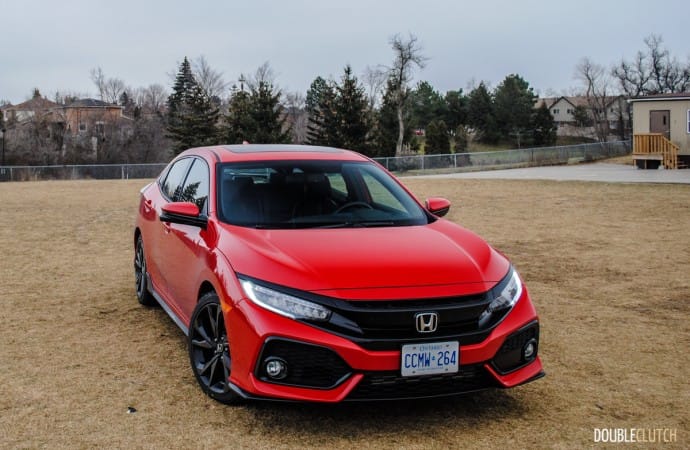 Where the Civic really won me over (and, I suspect, many other drivers), is out on the road.

Despite increasing competition and changing demographics, the Honda Civic remains the most popular car in Canada today, and now you can get your Civic in any number of varieties. From a basic and efficient commuter sedan, a sporty coupe, the hot Si sedan, the brand new fire breathing Type R (reviewed here), and finally the subject of our test, the sporty and practical hatch. If that seems like a lot of options, you’d be right, and when you break out all the trim levels available, it’s staggering the number of different ways you can spec out a Civic. Being at the top isn’t easy though, and if the Civic aims to be all things to all drivers, the different configurations start to make a lot of sense. 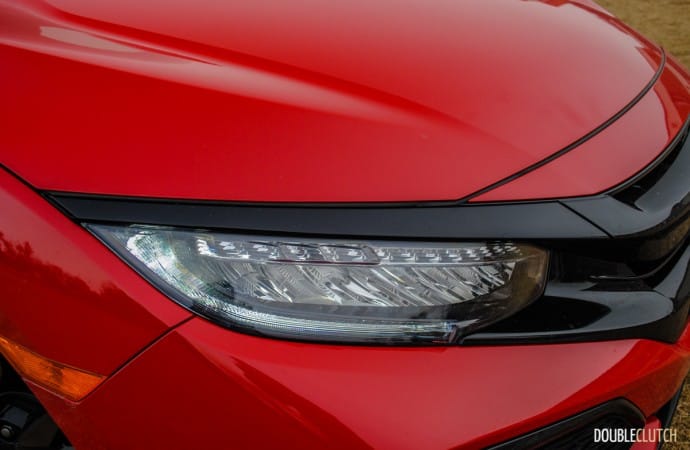 Now into its tenth generation the Civic’s styling has gone from bland to pretty wild in the course of the last decade. Perhaps one of the most polarizing models available today from a styling perspective at least, is this 2018 Honda Civic Hatchback Sport Touring. From the rear doors forward it looks just like the sedan, but the roof extends toward the rear and then slopes into a glass hatch with two – yes two, spoilers. If the spoilers are not enough, Sport models get aggressively styled front and rear fasciae, black 18” wheels, black lower body skirting and most importantly dual centre-outlet exhaust. Finished in Rallye Red, the test car looks like no other hatchback on the road today, and while it felt a little out of place at the office alongside Toronto’s sea of grey-tone sedans and CUVs, there’s something to be said for standing out.

If the Civic Sport’s styling is appealing, the good news is that you don’t have to sacrifice any of the typical Civic goodness to get it; in fact, this model is the best Civic I have driven to date. The interior, which used to feel a little too edgy, is actually feeling more modern and ergonomic with a great layout, clean lines and easy to read gauge cluster. The infotainment system has been vastly improved in this latest iteration and now looks better, operates well and offers must-haves like Apple CarPlay and Android Auto. Our test car also came with a wireless charging tray conveniently located just in front of the shifter, Honda’s LaneWatch blind spot camera and a very decent sounding 12-speaker 542-watt sound system including a subwoofer. 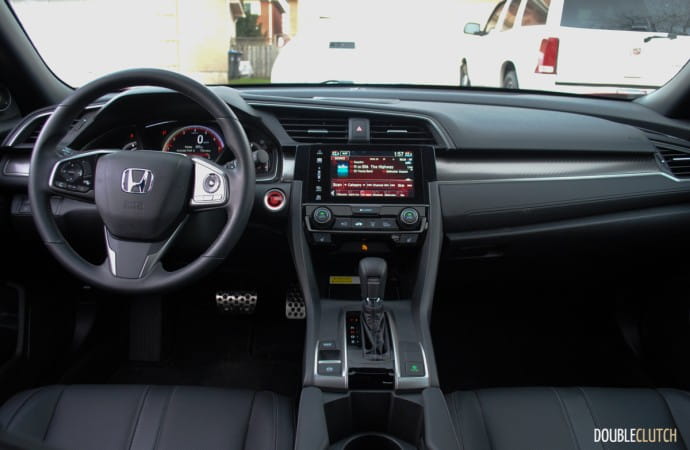 All this is housed in the Civic’s tasteful interior, which thanks to use of leather and other soft-touch materials on some of the most frequent touch areas, feels more upscale than the pricing might have you believe. The black headliner, as opposed to the light grey or tan you might expect, also helps makes the space feel less-cheap. The leather seats look nice, and the heated function works great getting really warm really quick, but the seats themselves are harder and flatter than I would’ve liked. The rear seats are also heated and offer plenty of room for two adults. With the rear seats upright, there is more than enough space for the weekly grocery run, and folded flat, the true utility of the hatchback design becomes more apparent. Storage up front is also a strong point for a compact, with nice deep cupholders, door pockets, and a usable centre console storage bin.

Where the Civic really won me over, and I suspect a lot of other buyers, is on the road. All Civic Hatchbacks get the 1.5L turbo four-cylinder, which is an upgrade in the standard sedan. In basic LX trim the 1.5L puts out a healthy 174 horsepower, but with the free breathing and burbley sounding dual exhaust on the Sport trim levels, power is bumped up to 180 horsepower and 177 lb-ft. of torque at 1,900RPM. It’s no sports car, but the Civic Sport has enough go to back up its sporty styling and have a little fun making quick passes while listening to the sharp exhaust note. 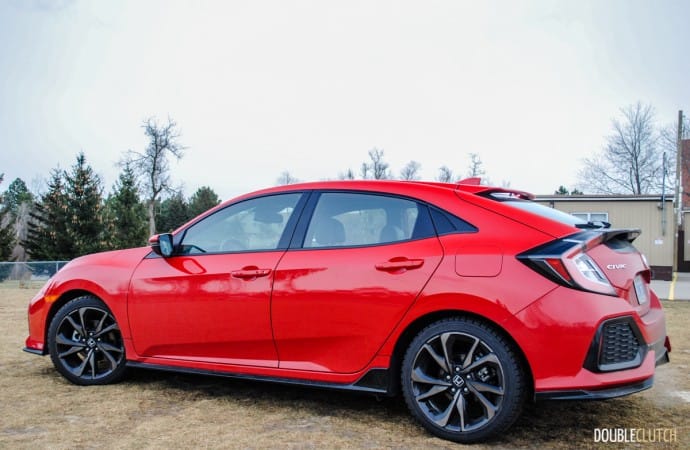 Throttle response is a strong point and the fact that the little engine makes its peak torque low in the power band means it’s almost always ready. Happily, you can have this car with a six-speed manual transmission, but the CVT in the test car would probably be my choice. Unlike most CVTs, this Honda unit is quick to respond, kicks down sharp and keeps rpm exactly where you want it without making a fuss; in a commute friendly compact like this, a well sorted CVT feels just right.

One of the Civic’s strong points has always been the way its chassis feels and this one is no exception. It rides comfortably and remains quiet inside the cabin, but when you’re ready to have it little fun its right there with you. Turn-in is quick and the car feels light and agile on its feet. The Civic might have lost some of its raw steering feel over the years, but it’s still one of the better feeling steering setups in the segment, comparable only to Mazda. The true appeal of the Civic Sport, to me at least, is that it’s enjoyable to drive in just about any situation; peppy and agile in the city, yet relaxing and confident on the highway. 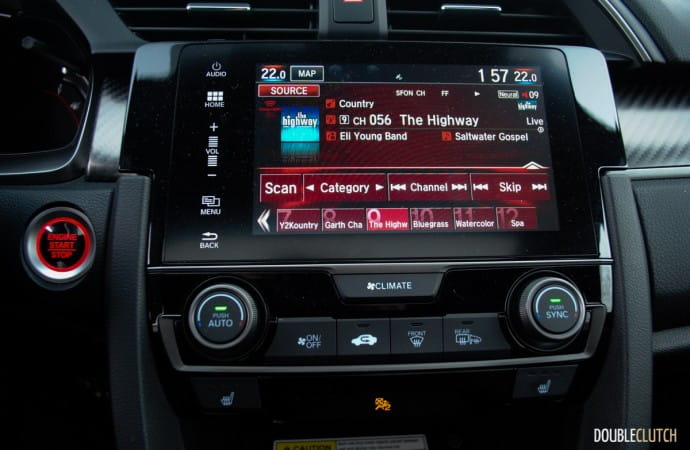 I actually opted to take the Civic on a Sunday morning drive a couple hours out of town to pick up some parts for a project car. Even as the weather got bad and the roads slick, the Civic never missed a beat, plugging along on the highway feeling secure and relaxed. This is due in part to the Honda Sensing technologies; the system features the full suite of electronic driving and safety aids including forward collision warning, collision mitigating braking, lane keep assist and departure warnings. My personal favorite is the adaptive cruise control which works quite smoothly in the Civic and makes light work of longer highway drives.

Fuel economy is important in this segment and the Civic doesn’t disappoint here either returning a weekly average of 7.7L/100k. That’s not quite the combined 7.3L/100km the Civic Hatch Sport is rated for, but this test was conducted in winter conditions and included some remote starter idling. The Sport models do recommend premium fuel, and you’ll need to fuel up a little more frequently than you’re used to, as the tank is on the smaller side at 46.9L. 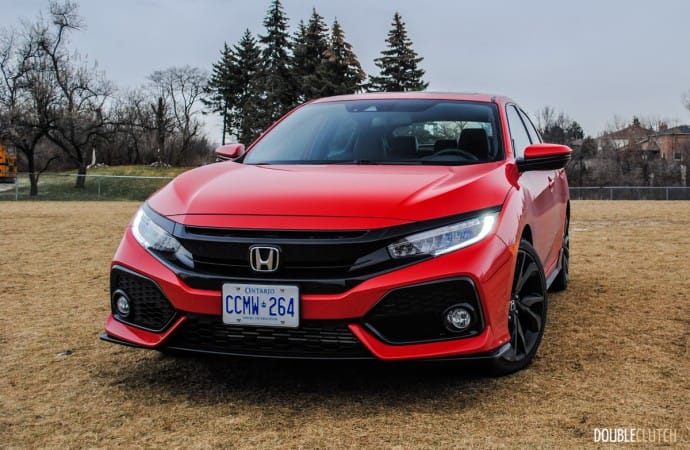 The Civic has always been about value and that really hasn’t changed. The hatchback model does tend to be slightly more expensive than the sedan, but you can still get into one for as little as $21,690. It’s worth remembering that it does get the turbo motor as standard equipment. To get into a basic Sport with the more aggressive looks and exhaust, you’ll start at $25,390, and a fully loaded Sport Touring like our tester comes to $30,890. At that price you’re getting a very well-equipped little car with everything from the Honda Sensing, to LED headlamps, heated front and rear seats, sunroof, navigation, and more. The only omission from the equipment list that hurts is the lack of a heated steering wheel; the thick leather wrapped wheel feels great, but its ice cold on those Canadian mornings.

The 2018 Honda Civic Hatchback Sport Touring represents a truly unique offering in the compact segment and delivers on a very fine balance between practically, fun and value. If the looks and practicality are on your radar, it is a car that will not disappoint. That said, a Civic Si which gets an even greater 204 horsepower from the same 1.5L can be had for a couple of grand less and would be worth a look, especially if you intend to row your own gears. 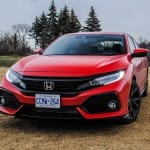 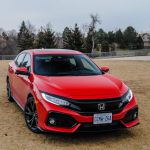 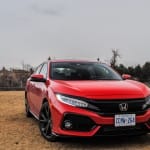 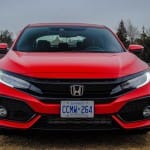 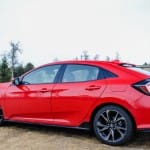 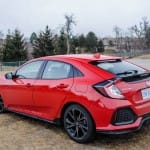 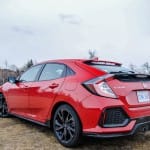 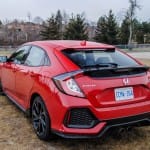 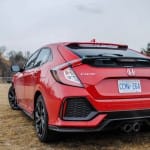 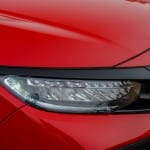 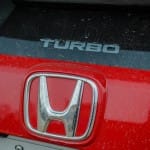 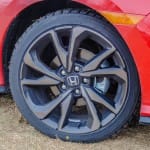 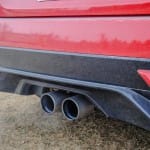 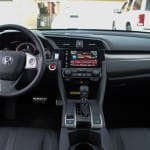 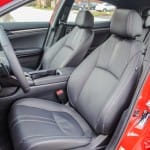 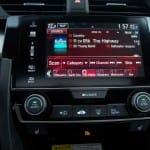 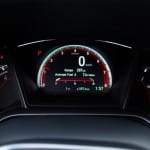 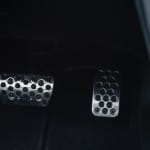 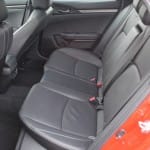