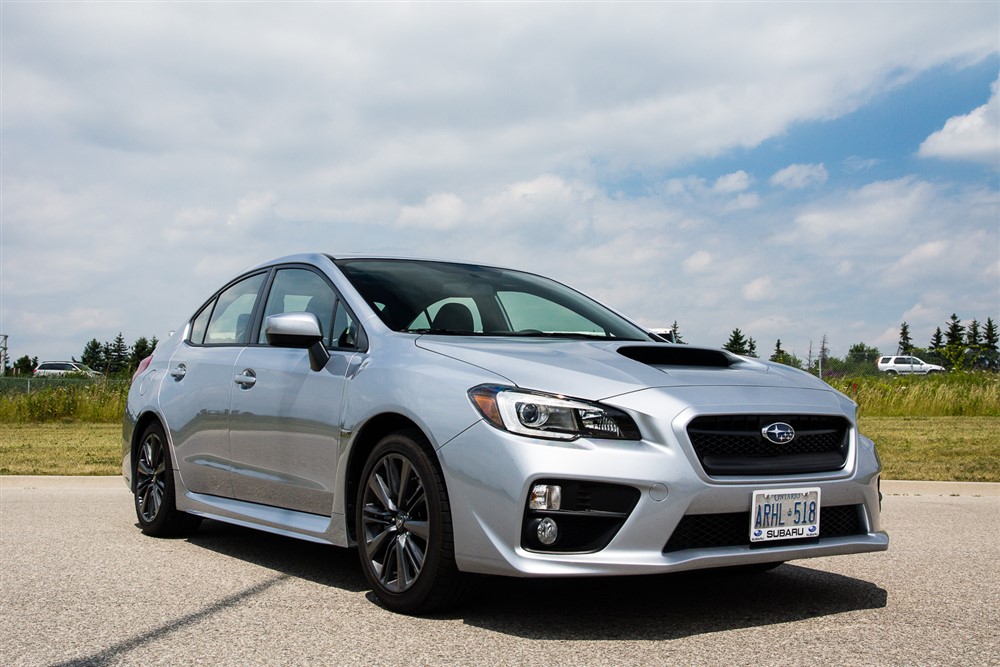 A favourite without a third pedal | Who can say no to the allure of a fast and affordable, yet functional car?

The 2015 Subaru WRX has been a car I’ve been wanting to check out up close for a very long time. Its WRX nameplate carries a long legacy (no pun intended) of compact, fun, rally-inspired machines that focused on functionality over outright form, and as a result, has amassed a devout following of enthusiasts all over the world. Starting with the original Impreza back in 1993, Subaru’s trademark all-wheel-drive and horizontally-opposed “Boxer” engine configurations were standard across the board. This made for a powertrain configuration that was unique compared to its Japanese competitors, and even the established marques from Europe. 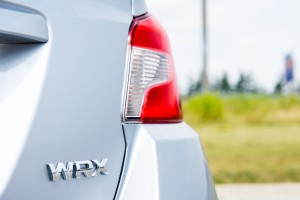 The hotter WRX version added forced induction as well as stiffer suspensions and performance upgrades. North America only got the WRX from 2001 – successive generations of the WRX added power, chassis updates, and more aggressive styling. The WRX up until 2013 was a pretty formidable performance value, available in both sedan and versatile hatchback. The WRX concept that was introduced in 2013 set the internet ablaze with tons of positive feedback. Would Subaru, a brand not typically associated with “pretty” cars, be able to pull off such a feat? The delight seen flooding forums everywhere turned into slight disappointment when the actual WRX was released later that year. Keeping an open mind, I picked up the keys to a WRX with the Sport-Tech package, CVT, painted a shade of “Ice Silver Metallic”.

We recently had a chance to check out a WRX with the more traditional six-speed manual transmission, and it proved to be a fantastic overall machine, something I wouldn’t mind purchasing myself. The newest WRX represents Subaru’s most recent take on their styling language, and I think they’ve done a pretty good job. The horde that is the internet got their pitchforks out, claiming that while the WRX was very heavily re-worked from the standard Impreza, it didn’t look different enough. The WRX is a car you need to see in person in order to make a judgement. I happen to think it looks pretty good, more so with the optional LED headlights and rear low-profile trunklid spoiler. The front hood scoop is moved forward for improved breathing and driver visibility. The rear taillights are different than those on the Impreza, and the trunk space is very generous considering the tidy exterior proportions. 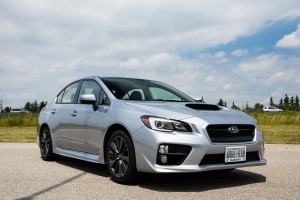 Subarus in the past have not been known for their upper-class interiors. For years, owners would have to simply accept the lower quality materials (at least assembly quality was pretty good) as a way of life in the Subaru world. The 2015 WRX improves on nearly all aspects of the interior. This is no luxury car, but the materials used are closer to today’s standards. Soft-touch padded surfaces replace most of the hard surfaces of yesteryear, and there is a generous helping of carbon fibre-like trim on the dashboard. All the driver’s touch points are especially good, like the hefty and thick flat-bottomed steering wheel. My Sport-Tech tester came equipped with satellite navigation. While it gets the job done, it’s a little clumsy and slow to operate, in typical Subaru fashion. Another tradition is the stock head unit is of a Double-DIN size, so it’s easy to swap out for something that better suits your needs. Leather seating is also a part of the Sport-Tech package, though only the driver’s seat is powered. A smaller screen lives at the top of the centre console and can be configured to show real-time fuel efficiency statistics, turbo boost pressure, or even engine oil temperature. Very useful stuff.

Some old touches remain, like the slightly coarse headliner – it is fairly similar to the material used to line the trunk. The centre armrest is quite low and not adjustable – Subaru dealers will happily sell you an improved armrest. On the other hand, visibility is quite good for a modern car, with large windows and an additional “helper” window ahead of the side mirrors.  No longer do people need to justify the formerly low-grade interior – the WRX is not a bad place to spend some time. Your passengers behind you are treated to a surprising amount of knee room and head room. Thank the more pedestrian Impreza for its efficient packaging. 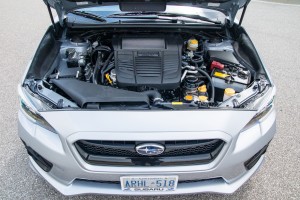 Under the hood lives an all-new direct-injected and turbocharged 2.0L horizontally opposed “Boxer” four-cylinder engine. Codenamed FA20DIT, this is the first time the beloved old EJ-series motor doesn’t make an appearance in the WRX. It brings much more modern technologies to the table: direct-injection and twin-scroll turbocharging. Both work together to improve power delivery – 268hp at 5600rpm and 258lb-ft of torque from 2000-5200rpm. While it’s an increase of just three horsepower from the outgoing WRX, the torque peak arrives much sooner and is handy to use whether tooling around town or at your favourite road course.

Subaru diehards will be quick to point out the lack of the signature Boxer “rumble” from the exhaust. This is due to the change to an equal length header – the unequal length header on former cars (and still a fixture on the STi) means the slightly lumpy rumble is gone. This turns out to be a necessary evil, as the twin-scroll turbo requires a different, equal-length header. Don’t fret – the unique Subaru sound isn’t completely gone. Think of it as the sound of an efficient header. There is a little bit of exhaust drone at around 1500rpm. Some may be bothered by it, but I liked the sound. 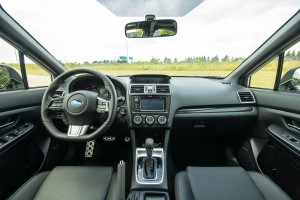 The World Rally Blue WRX we tested earlier this summer was almost similar to this test car, save for one major difference: the CVT. To cater to drivers who weren’t able to opt for the three-pedal setup, the WRX in 2001 was initially available with a 4-speed automatic transmission as an option. It was gradually eliminated as the years went on. Not wanting to miss out a significant portion of the market, Subaru dropped in a CVT, similar to the unit in the Forester XT. Early CVTs were the antithesis to spirited performance driving, but today’s CVTs aren’t too bad – Subaru’s included. Connected to an electronically controlled Variable Torque Distribution system that pushes slightly more power to the rear wheels. This is different from the manual transmission WRX that operates on a purely-mechanical viscous coupling system.

CVT equipped models come equipped with two additional buttons on the steering wheel – one for Sport (S), and one for Sport-Sharp (S#). The first Sport mode ramps up throttle response and tells the transmission to simulate six stepped gears. Sport-Sharp is even more aggressive and simulates eight stepped gears. They don’t quite feel like a traditional automatic transmission or a double-clutch transmission, but some people prefer the sensation of stepped gearing, even though a CVT is at its best when left to do its own thing. Surprisingly, a launch control function is built in! Holding the brake and throttle together, and the WRX will figure out what you want to do, and adjust accordingly for the best 0-100km/h run it can muster. 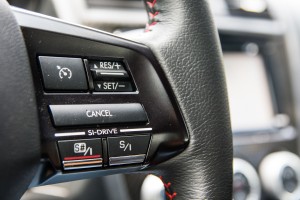 Subaru’s CVT in the WRX and Forester XT is about one of the best I’ve used. Purists decry its availability, but chances are, they’ll never even consider it anyway. I think the CVT is a lot better (read: a lot smarter) than the old four-speed automatic available in the past. I also think the CVT is good for those with spouses who choose not to drive a manual transmission car every day. In the past, the WRX would be crossed off many shopping lists for this reason alone. Now, Subaru can increase sales and keep gearheads happy.

Behind the wheel, the WRX’s electric power steering system feels a lot like the BRZ’s system. This is a great achievement. Turn-in is quick and the steering ratio is equally quick. Upgraded suspension bits include dampers, bushings, firmer springs, larger sway bars – the list goes on. Also new to the party is a brake-based torque vectoring system. In a sharp turn, the inside-front brake is applied to help mitigate understeer. It is a pretty simple system, but is very effective. 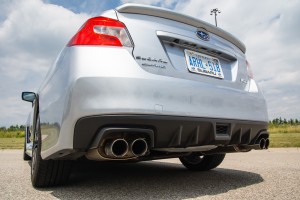 The improved efficiency of the FA20DIT engine versus the old EJ25 motor in the outgoing WRX is worth noting. Subaru rates the WRX CVT at 12.4L/100km in the city and 9.4L/100km on the highway. Over a total distance of about 700km, I averaged a very-impressive 9.6L/100km in mixed driving. This included several commutes to the office downtown and some highway runs outside of rush hour. One needs to thank the CVT for its nearly infinite spread of gears to choose from, maximizing efficiency at all times. The fuel tank will accept 60L of premium fuel.

The Subaru WRX represents one of the best values around in this segment. It is fast, well-engineered, well-built, involving, and comes attached to a very strong sense of community, like with the Toronto Subaru Club. My loaded Sport-Tech tester comes in at $36,795. It’s a tough segment to be in, with cars like the Ford Focus ST and Volkswagen GTI trying to crowd the WRX out. The Focus ST is a riot to drive, but is limited to front-wheel-drive and no automatic transmission is offered for those who need it. The VW GTI is a nicer car to be in and drive every day, but it won’t perform as well as its competition when driven competitively. Also, if you’re a little eager with VW’s checkmark boxes, you can approach Audi-levels of pricing very quickly. 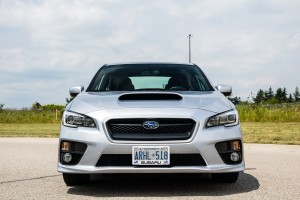 The Subaru WRX is a car I would buy. It screams for the names of young males in their 20s, and leaves them with a big smile on their faces. Would I buy one with the CVT? Probably not, but I understand how important it is to Subaru that they offer this choice. More sales means more resources available for them to build cool toys for enthusiasts. It’s really too bad that there is no hatchback equivalent at this time – who can say no to the allure of a fast yet functional car? Until that’s available, the sedan will have to do. Regardless, the 2015 Subaru WRX is easily my pick in the class. 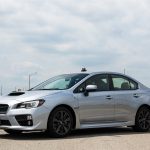 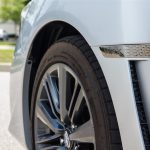 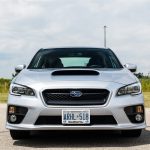 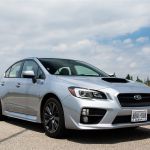 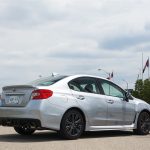 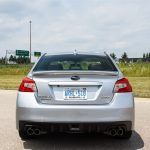 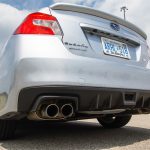 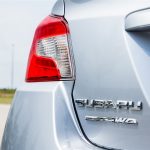 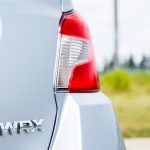 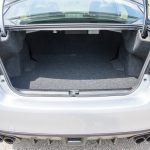 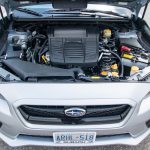 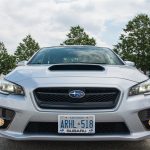 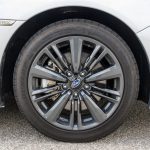 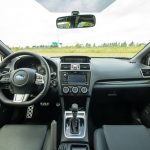 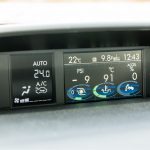 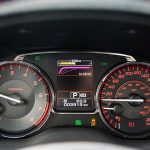 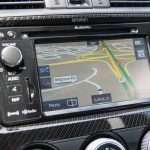 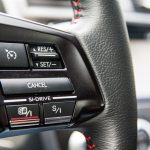 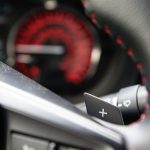