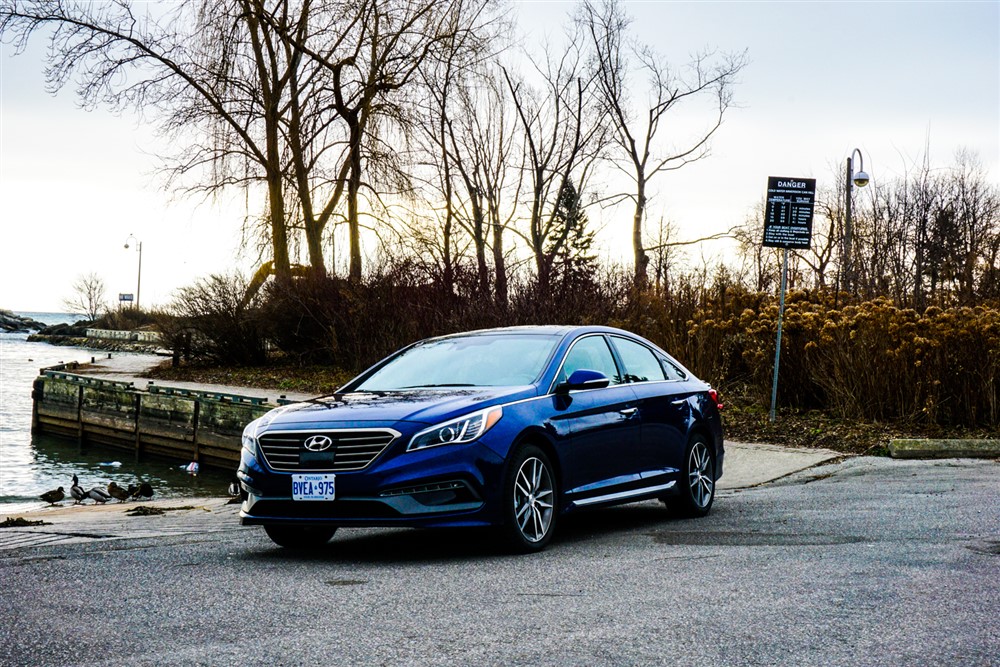 A sharp sedan from the Koreans | The Sonata’s good looks are obviously the result of Hyundai’s intuitive thought process.

In between Hyundai’s plethora of compact vehicle options and the luxurious Genesis line, sits the Hyundai Sonata. While the Sonata is now in its seventh generation, I have felt that up until recently, the Sonata has felt a little underappreciated in the mid-sized sedan market which is dominated by the Mazda6, Honda Accord, and Toyota Camry. Though, more recently Hyundai has seen impressive sales numbers for the Sonata. In November of 2014 alone, Hyundai Motor America sold more than 18,000 Sonatas, and since the beginning of 2014, just fewer than 200,000 Sonatas have been sold. This is up from the year before, and the year before that one. Clearly, Hyundai is doing something right. 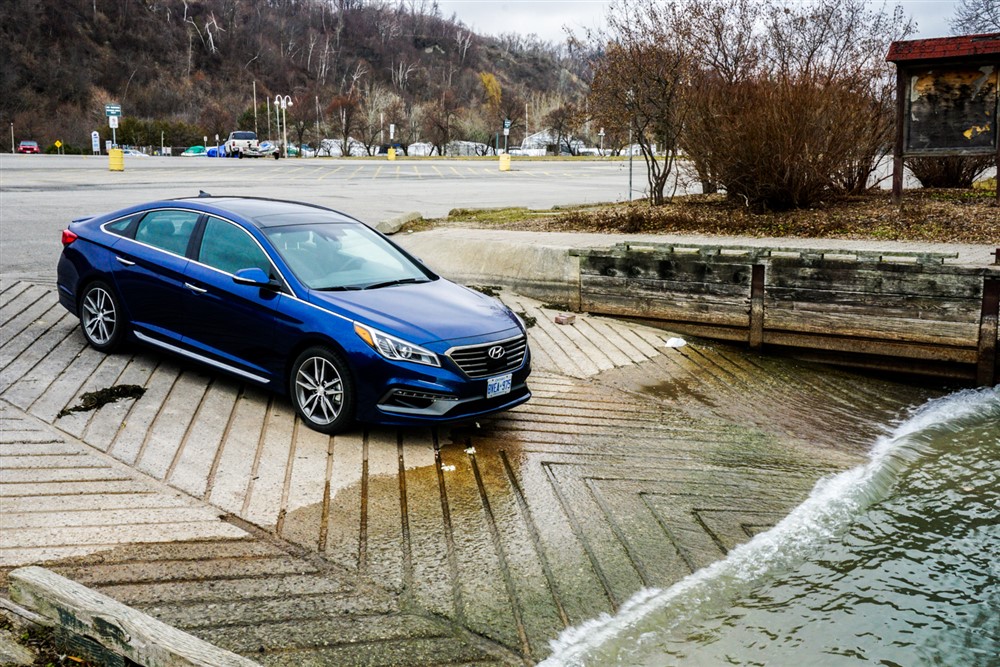 For 2015, the Sonata is offered in seven different trims with an assortment of options. You can also pick from seven different flavours of exterior paint. For my week with the 2015 Hyundai Sonata 2.0T Ultimate, I was fitted with a Coast Blue model. On the outside, the Sonata’s good looks are obviously the result of Hyundai’s intuitive thought process that went into every single corner of the car. It is hard to find an angle where the Sonata looks less than stellar. LED daytime running lights, front door welcome lights, LED tail lights, LED integrated side mirror turn signals, and High Intensity Discharge (HID) headlights all come standard on the Sonata Ultimate 2.0T.

My favourite features from the exterior were definitely the quad exhaust outlets and the rear bumper diffuser. However, what detracts from the overall good looking appearance of the Sonata is the heaviness of chrome trim used throughout. Compared to the Kia Optima Turbo which is essentially the Kia-branded sister of this car, the Sonata doesn’t look as sharp, particularly around the grille area. The Hyundai seems to just overdo the chrome treatment a little bit. 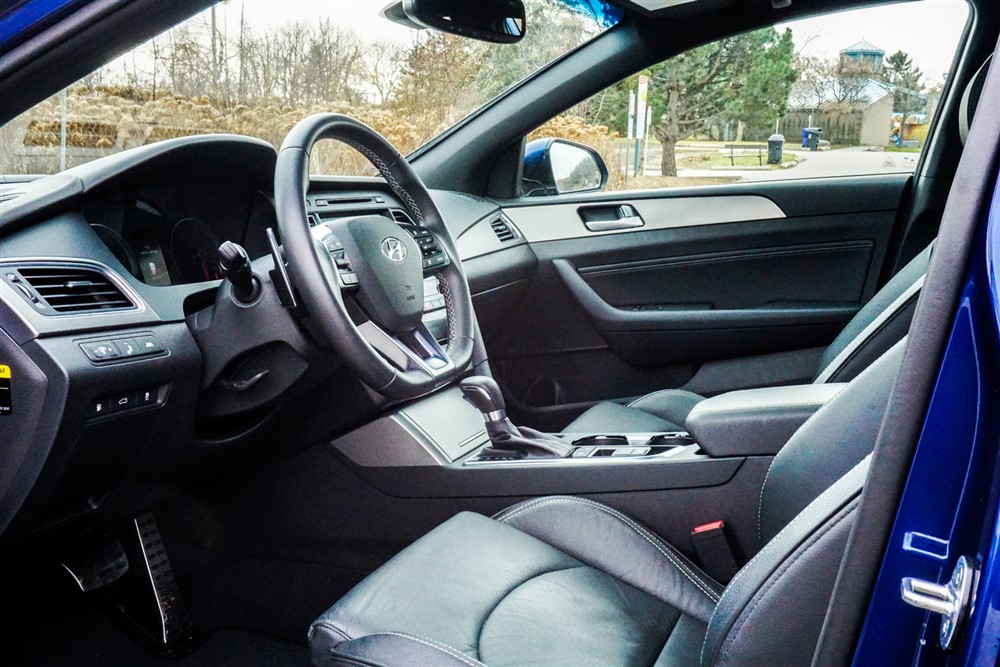 Stepping inside, the Sonata Ultimate 2.0T is tailored with a black leather interior contrasted with white stitching. Immediately, my eyes noted the embossed “Turbo” logo on the two front seats, and I knew I wasn’t getting into an ordinary Sonata. The interior also features Hyundai’s “3D Tech appearance” dash trim. This dash trim isn’t quite carbon fibre, and not quite aluminum, but the happy balance that Hyundai has found is something I prefer over the woodgrain accents that were featured in the Sonata Limited we recently had.

During longer highway trips, I found the interior a nice place to be in the Sonata; it is exceptionally quiet and keeps out a lot of the wind and road noise, even on winter tires which are notorious for causing extra road noise. Entertainment wise, the Ultimate trim level features an Infinity AM/FM/XM/CD/MP3 audio system that has 9 speakers and an external amplifier. Things like iPod/USB/auxiliary connectivity are also standard, as well as a full Bluetooth hands-free system. The beautiful 8 inch touch screen navigation system is the same unit found in our long-term tester Santa Fe Sport and much like that one, it was a joy to use. 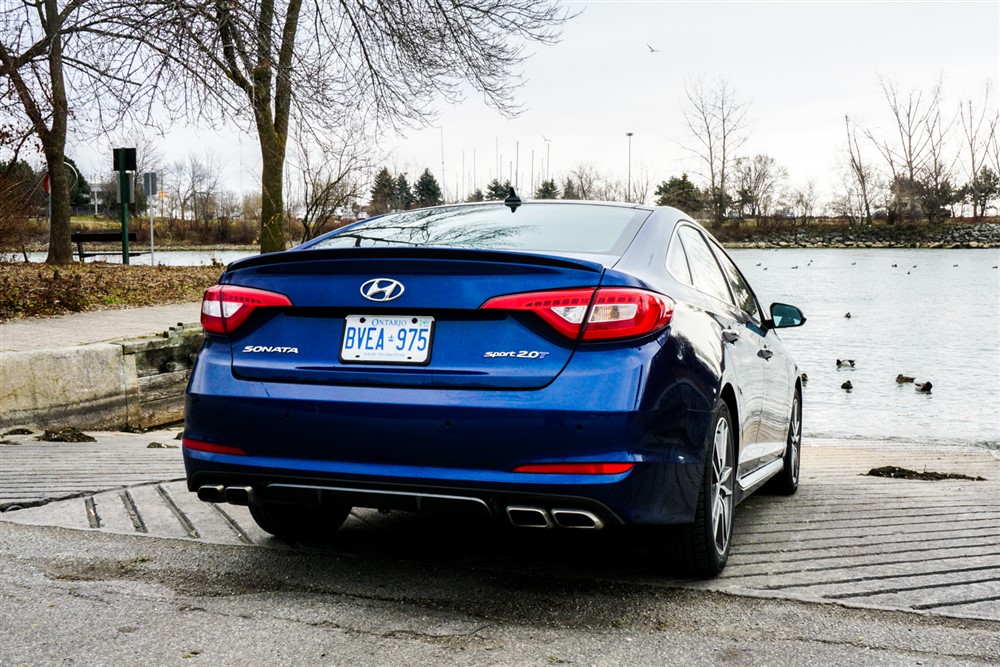 The Sonata Ultimate 2.0T features a leather-wrapped ‘D-cut’ sport steering wheel with paddle shifters. Essentially a flat-bottomed steering wheel, the D-cut wheel features a thick wheel with cut-outs at the 9 and 3 positions. Although this car is the sport oriented model in the Sonata lineup, it did feel a bit weird to have a flat-bottomed wheel in a mid-size sedan. However, I did find that this wheel did not interfere with lower speed manoeuvering thanks to the adequate amount of space available for the driver.

Like the name suggests, the Sonata Ultimate 2.0T features a twin-scroll single-turbocharged and intercooled 2.0L DOHC 16-valve inline 4-cylinder with Hyundai’s Gasoline Direct Injection (GDI), Dual Continuously Variable Valve Timing (D-CVVT), and 2-stage Variable Induction System (VIS). With that mouthful, Hyundai rates the engine at 245 horsepower at 6000 rpm and 260 lb-ft. of torque at 4000 rpm. When I found this out, I was perplexed. The Kia Optima SX Turbo features the same 2.0L Turbo GDI engine, but is rated for 274 Horses at 6000 rpm and 269 lb-ft. of torque at 4500 rpm 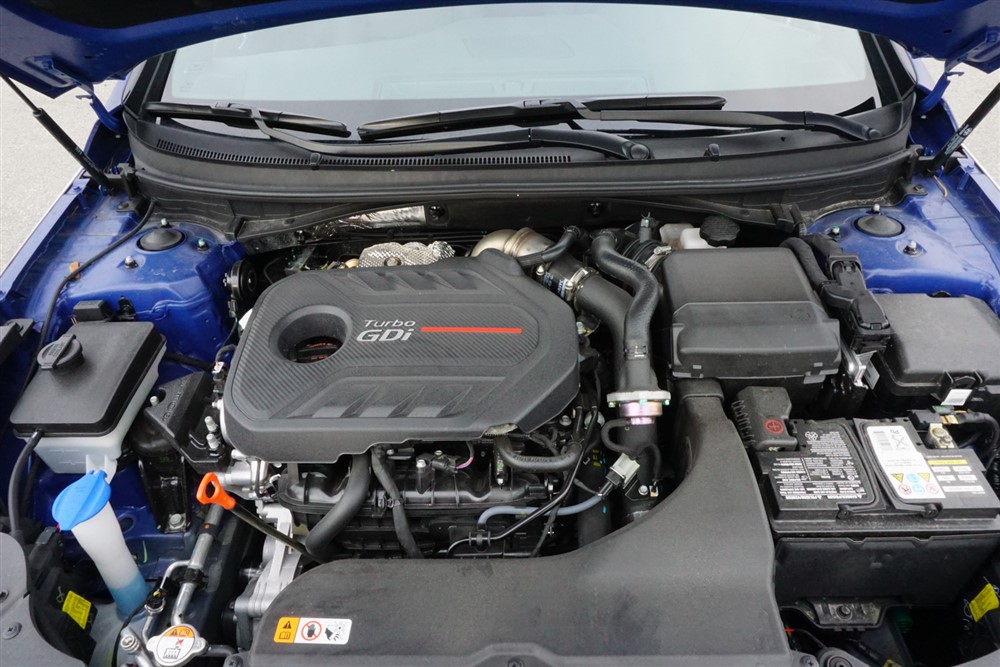 The 29 horsepower the Sonata lacks is a result of Hyundai tuning the engine to smooth out the powerband and the use of a smaller but more responsive turbcharger. Although this does make the Sonata technically slower than the Optima SX Turbo, I can’t see anyone using family-oriented sedans in any drag race competitions any time soon. With the reduced horsepower, I did notice that under rapid acceleration, any torque steer was easily controllable and it is nothing as ludicrous as the torque steer found in the Mazdaspeed3.

I wasn’t as enamoured with the handling of the Sonata in the winter season as I was with the powerband and overall smoothness of the engine. For something that was labelled as sport, and having the flat bottomed steering wheel had me expecting crisp handling with a stiffened suspension. The Sonata’s ride is pleasantly firm, something that buyers of the 2.0T engine and sportier trim levels would expect, but the handling isn’t particularly mind-blowing. The car is prone to a bit of understeer, especially in winter conditions, though it’s perfectly competent for daily commuting on our roads. Like I said, buyers of Sonatas aren’t looking for track-ready monsters.

Over the course of my week I observed a combined fuel economy of 10.1L/100KM running on premium fuel. This was a 60/40 highway/city driving split. Although not the best numbers, I am sure with a little less spirited driving, and warmer temperatures, average numbers in the range of 9L/100KM are very possible. Additionally, it’s noteworthy that the Sonata 2.0T can indeed get away with using regular 87-octane fuel despite having forced induction, which is what the car was running on when we received it. However, when we put a tank of premium into it, the engine felt noticeably more energetic and smoother overall.

Overall, compared to the rest of its comrades in the crowded midsize sedan segment, the Sonata Ultimate does feel adequately premium for its price tag, but still lacks the sportiness that can be found in the Honda Accord and the Mazda6. Priced at $34,799.00 the Sonata 2.0T Ultimate is more expensive than the Mazda6 GT. Its sister, the Kia Optima SX Turbo, priced at $34,895.00 offers about 29 horsepower more for only $100 above the price of a Sonata Ultimate 2.0T. However, the Sonata’s sexy exterior, its well-fitted interior, spacious cabin, and a wonderful infotainment system do make a valid point for themselves with shoppers looking for a good, reliable midsized sedan. 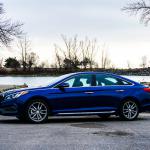 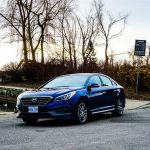 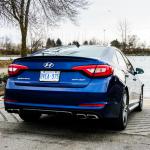 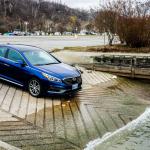 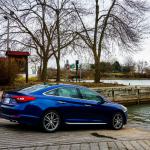 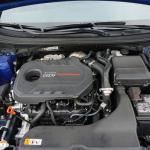 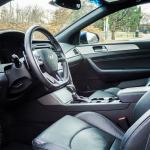 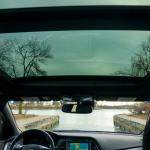 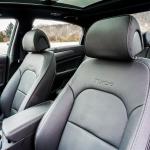 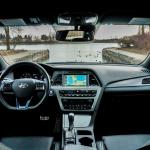