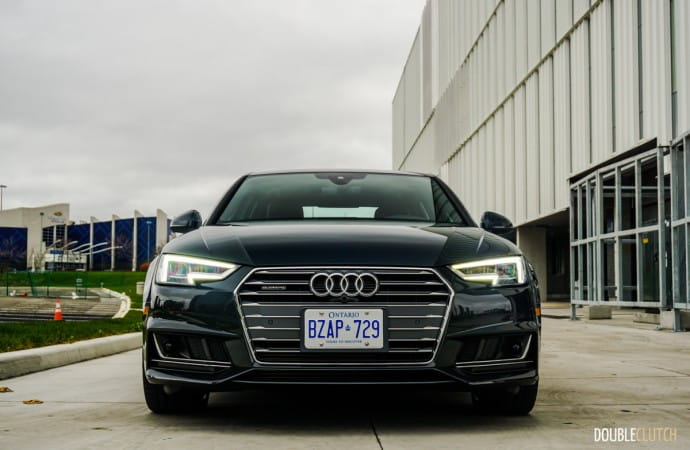 The A4’s engine has been improved on the low-end, providing ample torque when you need it most.

In a segment with no real poor choices, there are numerous contenders that have received several updates for the 2017 model year. Audi has given their popular A4 a full overhaul, and this latest one, chassis code “B9”, is our favourite model yet. We actually tested the A4 earlier this season, but thought it appropriate to spend some more quality time with it and see if we could uncover the secret to the record sales that the brand is seeing, year after year. Our 2017 Audi A4 S-Line quattro came to us painted in an elegant Manhattan Grey Metallic, and sporting nearly every available option attached to the top-trim Technik model. 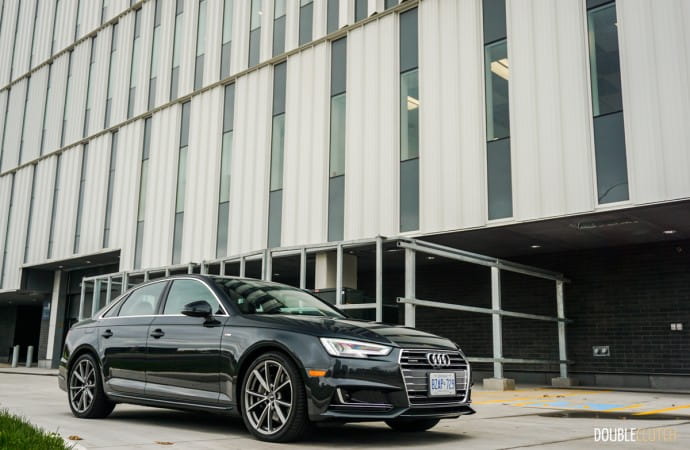 The A4 is based on the MLB architecture, a platform created for longitudinal cars. This platform has been the underpinnings of various vehicles, including Audi’s own Q7 (reviewed here) and the Porsche Macan (reviewed here). The new A4’s styling may not appear at first to be a massive departure from the previous model, but it is a necessary and compelling evolution. The design incorporates conservative elegance and aggressive styling cues that set it apart from the rounded C-Class and overdone Lexus IS. Sequential LED lighting all around adds to the chic and classy image exhibited by the A4 and the excellent proportions.

On the inside is where the A4 receives the most immediately noticeable updates. The dashboard and controls are centered around Audi’s new Virtual Cockpit, a technology that won our “Best Technology” award for the year 2015. The instrument cluster is a large digital display with brilliant graphics that can display a full navigation map, media information, trip computer, and of course, traditional gauges. It’s highly customizable and very easy to use. There is also a center-mounted screen capable of maintaining whatever information you don’t need directly in front of you. This system is controlled using the convenient steering wheel-mounted controls and the MMI hockey-puck controller by the shifter. 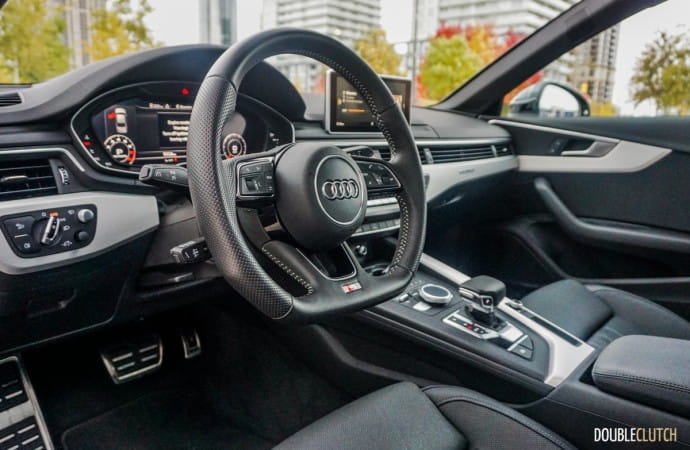 Graphics on both displays are extremely crisp, and connectivity is easy. The A4 not only gets a traditional USB port, but also compatibility with Apple CarPlay for seamless integration. We were able to use our devices with ease, using the MMI controller to browse through media, phone contacts, and navigation. Additional technology on board this car includes a 360-degree camera making parking simpler than ever, Adaptive Cruise Control, Audi Pre-Sense collision warning, and the full Driver Assistance Package. LED daytime running lights and taillights are also standard on the Technik model.

Ergonomics on the A4’s interior are top notch, with all controls clearly marked and within easy reach of the driver. The car now gets the electronic shifter (we first saw it on the new Q7 (reviewed here), and it’s one of the best units in the industry. Manual shifting can be done via the shifter by tilting it to the right, or the paddles on the steering wheel. The driving position is also very good, and the Comfort Seat Package adds ventilated seats to keep you cool during the warmer months. Heated seats are standard fare on all A4 models. 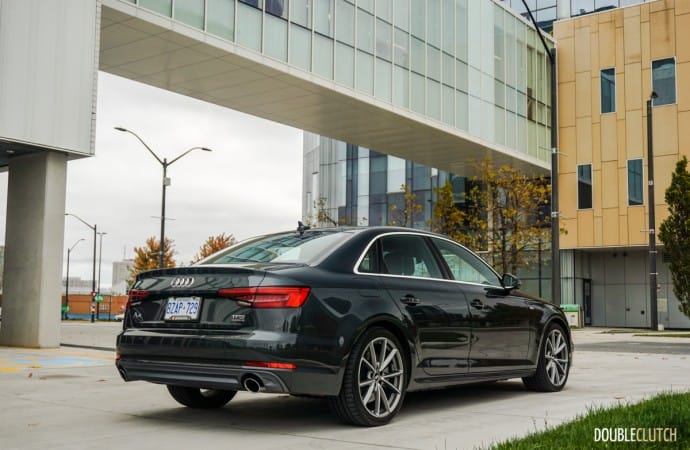 Describing the A4’s powertrain as a 2.0L turbocharged inline four-cylinder doesn’t set it apart from the pack, because quite literally every single competitor offers an engine of this exact displacement. This includes the BMW 330i, the Mercedes-Benz C 300 (reviewed here), the Lexus IS 200t, and the Volvo S60 T5. Audi’s unit is my personal favourite, thanks to its exceptionally smooth operation and Teutonic nature. It’s been pushed to 252 horsepower between 5,600 and 6,000RPM, and 273 lb-ft of torque between 1,600 and 4,500RPM. The numbers are nice and all, but the way this car drives gives it that needed edge.

The A4’s engine has been improved on the low-end, providing ample torque when you need it most. Whereas the outgoing model got a ZF eight-speed automatic, the new car gets a version of the seven-speed S-tronic dual-clutch transmission. Previously, this gearbox was reserved for the S4, the heartthrob of the lineup. The A4 shifts quickly and efficiently, never having you miss that eighth gear. There is also a “Sport” setting on the shifter, which holds gears longer for more punch when driving spiritedly. 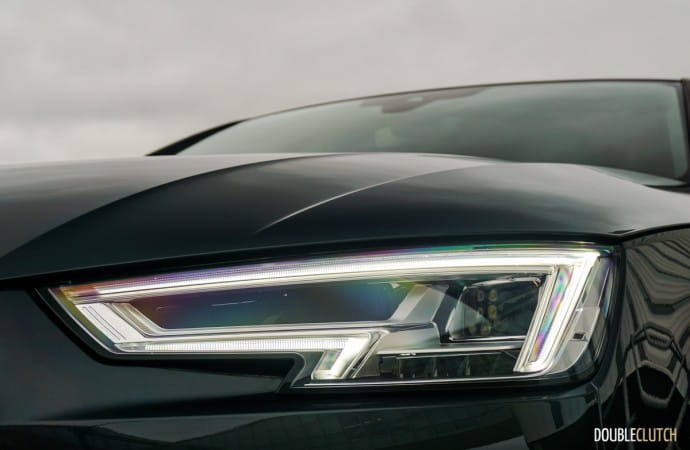 Our A4 Technik also includes Audi Drive Select as standard issue. This system has preset configurations that toggle transmission shift points, steering sensitivity, and engine response as per the driver’s needs. The presets are Comfort, Dynamic, and Auto. There is also an “Individual” setting, which permits the driver to set up each of these variables to their individual liking. For my everyday commute, I set up the transmission and engine response to “Comfort” and the steering to “Dynamic”. Vehicles with adaptive dampers get an additional suspension setting here, as well.

The steering is electrically assisted, but the A4 still manages to pull off stellar handling. Its quattro all-wheel-drive system works hard to keep you safe when the weather gets choppy, and the steering is perfectly weighted and gives off an adequate amount of response. Things lighten up when at parking lot speeds to make child’s play out of parking the car, which is helpful when stuffing the car into tight spots within the urban core. The turning radius is generous, meaning when you miss your turn, a U-turn won’t spontaneously become a three-pointer. 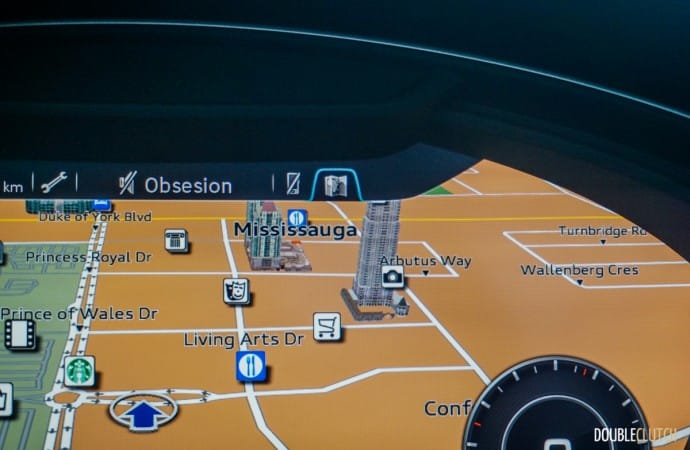 Virtual cockpit made it seamless to monitor real-time fuel economy, using an improved version of Audi’s digital trip computer. Running the car solely on 91-octane premium fuel, we averaged 8.3L/100km in combined driving. This included a good amount of bumper-to-bumper rush hour traffic, and plenty of highway driving as well. Longer highway stints returned as frugal as 6.7L/100km, thanks to the taller seventh gear on the dual-clutch gearbox. No complaints here, and the typical driver should plan for 8-9L/100km, depending on driving style and other variables. 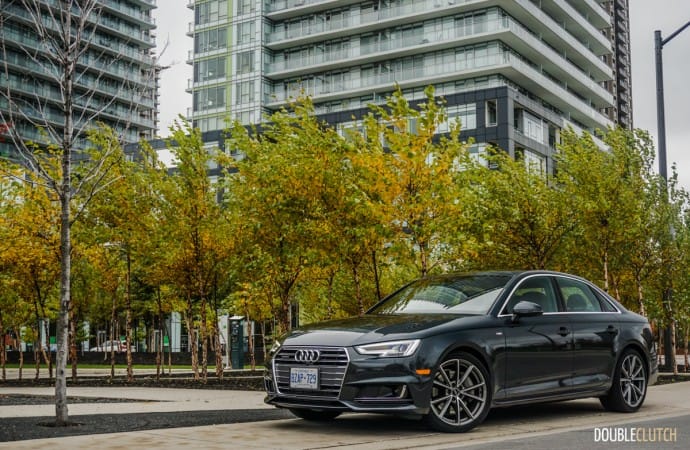 The 2017 Audi A4 S-Line quattro is one of the most elegant picks in the entry-level luxury sedan class. Its design will age far more gracefully than nearly anything else in the segment, and the overall ease of use makes it my pick. The A4 is a popular choice among young executives and professionals, and while that will make it fairly common in your office parking garage, it only means you’ve picked a solid machine. 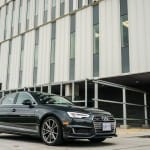 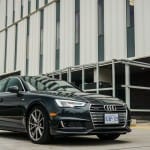 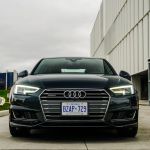 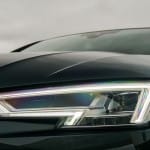 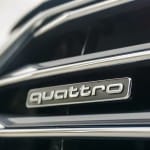 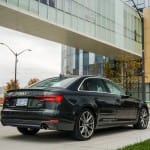 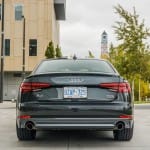 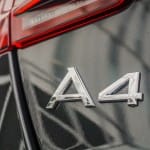 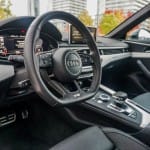 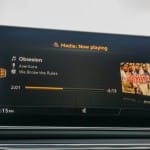 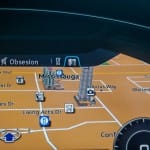 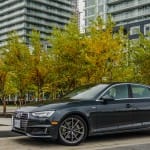 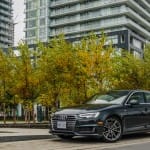 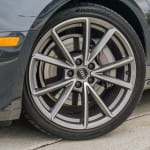 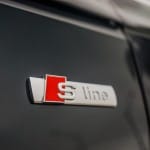 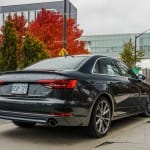 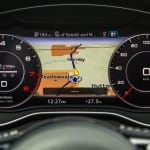 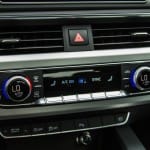 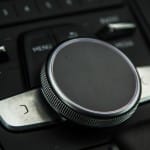 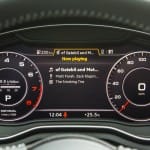 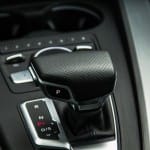 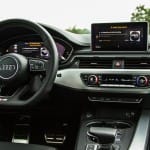