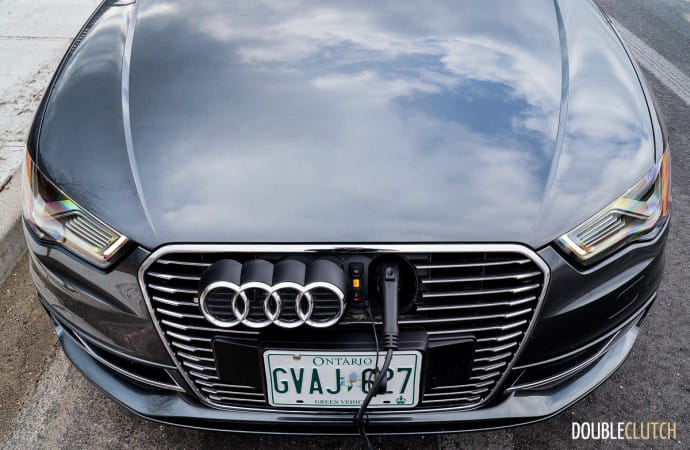 In today’s era of greener technology, hybrid electric vehicles are among the more popular choices when consumers are looking to reduce their carbon footprint.

While some cradle-to-grave emissions studies may suggest otherwise, after taking an unscientific line of best fit between all viewpoints, it can be inferred that both hybrid and full electric vehicles are here to stay. A series of automakers have come out with plug-in hybrid electric vehicles (PHEV) that provide an extended range of operation in electric mode, while still retaining an internal combustion engine that’s capable of powering the car all on its own. Audi’s latest foray into this market is the 2016 Audi A3 e-tron, and they sent over an example finished in a stunning Daytona Grey Pearl for a second look. 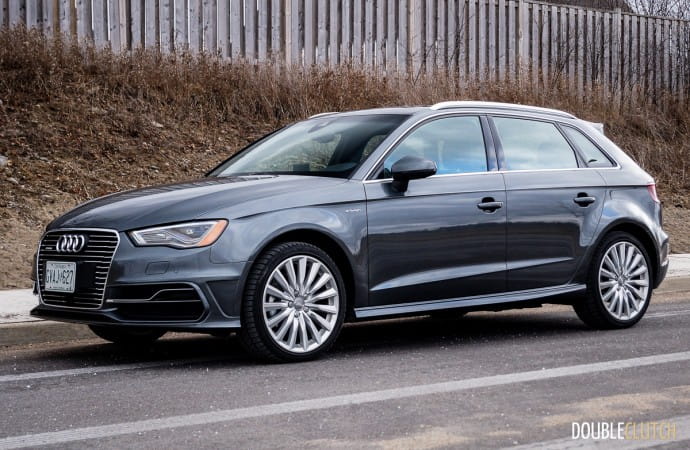 The test vehicle was of the top of the line Technik trim level, priced starting at $44,600, and was helped along with the $1,100 Sport Package. This included 18-inch e-tron Turbine wheels shod in 225/40R18 rubber, as well as sport seats. A $1,400 Technology Package added Audi’s active lane assist, which gently guides the steering wheel to keep the A3 in its lane when the sensor systems detect a lane departure event. It also adds adaptive cruise with full stop and go capability in traffic, as well as Audi’s pre sense technology. Pre sense can detect an impending collision and pre-emptively tightening seat-belt adjusters as well as close the windows and sunroof. With the Daytona Grey Pearl paint adding an extra $890, the total as-tested price came to $47,990 before freight and fees.

Available in hatchback form only, the e-tron is a compact offering that’s built on the excellent MQB platform shared with the likes of the Audi TT (see review here) and Volkswagen Golf. With a stiff chassis that provided for great handling response while maintaining ride quality, the A3 e-tron was a fun cruiser that also managed to handle reasonably well. While it won’t carve corners like a TT-S or a Golf R, it’ll keep daily driver civility without sacrificing performance. Steering feel is fairly numb, but is probably about as good as one can get on a hybrid vehicle, let alone a plug-in one. The brake pedal inspires confidence but is very firm, due in part to the regenerative braking system, and takes a bit of getting used to in order to remain smooth. 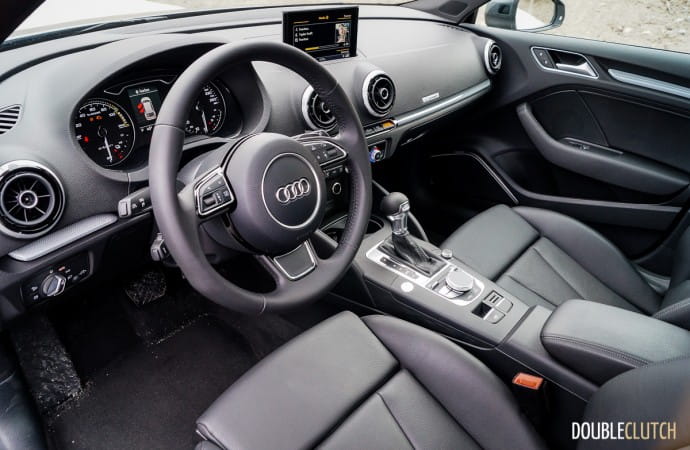 Inside, you’ll find fairly standard Audi fare. There’s lots of gray, but the interior is assembled with great attention to detail and is among the forefront of automotive interior design. The Technik trim adds navigation to Audi’s Multi Media Interface (MMI), which utilizes a central wheel and four menu buttons to control just about all operations. It does take some getting used to, but most drivers will be able to find all functions fairly quickly.

Also included in this trim level are an auto-dimming rear view mirror, front and rear parking sensors, as well as a great Bang & Olufsen sound system complete with 12 speakers. On the gauge cluster, in lieu of a tachometer, there’s a gauge indicating whether the powertrain is operating efficiently, is in full electric, or charging (when braking). Front and rear seat leg room is about right for a vehicle of this size, but rear seat passengers may become cramped if a taller passenger is sitting up front. In terms of cargo volume, the e-tron loses out to the regular A3 Sportback (not offered in North America just yet) by approximately one hundred litres in order to accommodate the battery packs. 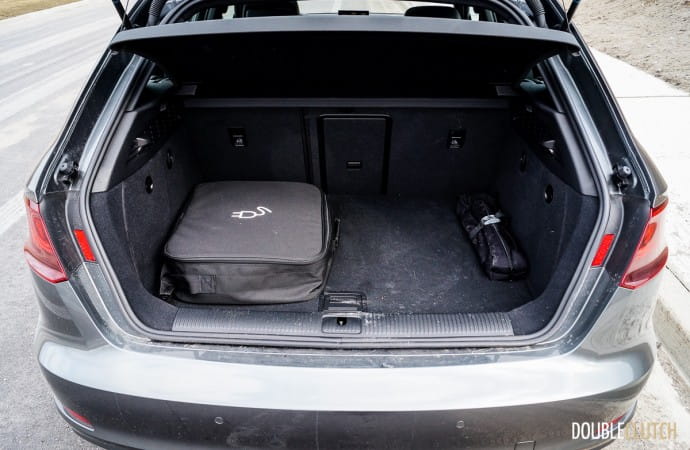 Under the hood, it’s a tale of two cities: the electric motor provides a healthy 102 horsepower and is powered by a 8.8 kilowatt-hour (kWh) battery. Audi states that on electric power alone, the e-tron is good for up to 26 kilometres on a full charge, and drivers have three driving modes in which they can consume, charge, or sustain the battery. That said, with extreme cold or hot weather, the actual range number can be a bit less. In below-freezing temperatures, observed range was approximately 20 kilometres with the cabin heat and heated seats running.

In order to dedicate as much charge as possible to driving rather than heating or cooling, Audi’s charge management system can allow drivers to pre-heat or pre-cool the cabin when plugged in. When it comes to driving experience, having the A3 e-tron in EV mode worked very well in shorter trips in the city, and the generous torque provided by electric motors helped the Audi zip in and out of traffic with ease. For more lead-footed drivers, the gasoline engine will kick in to assist acceleration once enough throttle is applied. With sufficient battery charge, the e-tron has no problem cruising at highway speeds on electric mode only. 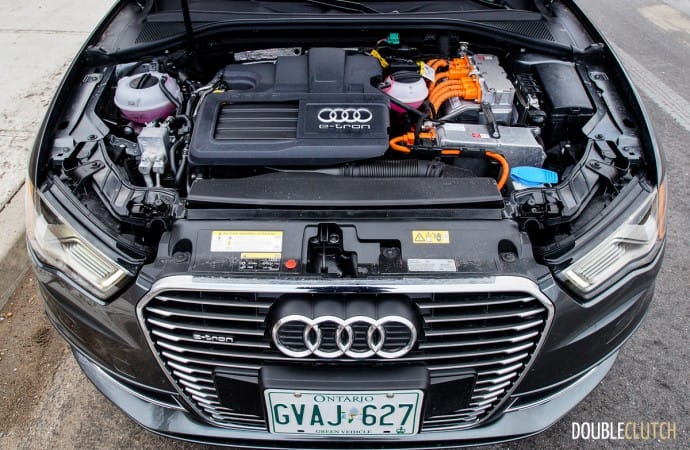 When it comes to charging, the A3 e-tron comes with a 120-volt charge adapter by default. The charge port itself is a neat contraption – the four rings on the front grille swing out to reveal the connection point. From full depletion, the battery takes eight hours to charge – which is helpful for anyone wishing to charge while they’re at work. With access to a higher capacity 240-volt charge station, charge time is cut down to a mere two-and-a-half hours. In terms of energy costs, at today’s energy rates, a single full charge for the A3 equates to about a dollar each time, before considering delivery and variable time of use electricity rates. In jurisdictions such as Ontario, although power is more expensive, emissions are cleaner, thanks to the absence of coal-fired power plants. This allows the PHEV to leave a smaller carbon footprint, and creates a larger advantage than in other areas.

To back up the electric motor, Audi has called upon a 1.4-litre turbocharged four-cylinder engine for duty in the A3 e-tron. This is a similar unit newly introduced for the 2016 Volkswagen Jetta, and in both cases, it could only be described as a plucky and enthusiastic engine that acts like one with much larger displacement. Output for the gas engine alone is 150 horsepower at 5,000 to 6,000 rpm, and peak torque is 184 lb-ft between 1,600 and 4,500 rpm. Curiously enough, the Jetta is happy with regular 87 octane fuel, but the A3 e-tron calls for premium 91 octane or better. 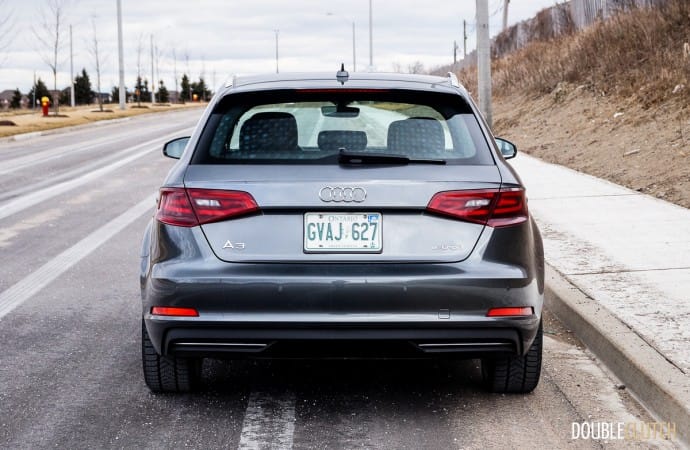 While both cars have the same peak output on paper, one plausible explanation is a fatter torque band, as the Jetta’s torque peak is only between 1,400 to 3,500 rpm. In practice, while the A3 does have quite a bit more weight to move around due to the battery packs and electric motor, the 1.4-litre gas engine seems to have a little extra spring in its step, especially when combined with the electric. Put together, total system output is 204 horsepower and 258 lb-ft of torque. Audi states that the e-tron will do zero to 100 km/h in only 7.6 seconds when both systems are engaged, and the real-world testing does little to refute that.

The marriage of gasoline and electricity is provided by a six-speed S tronic transmission, which is of the dual-clutch variety. Typically reserved for only higher-end performance applications, the A3 e-tron has raided the Audi parts bin to create a driving experience that’s much more engaging than a traditional hybrid or PHEV equipped with a Continuously Variable Transmission (CVT). Within the A3 range, only the sportiest S3 sedan is equipped with S tronic. While slightly jerky under low speeds or when launching, shifts are lightning quick and throttle response is kept at its optimum. Paddle shifters (with controls duplicated on the shifter) let drivers pick their own gears if they so choose, and the integration between gas and electric is more or less seamless. 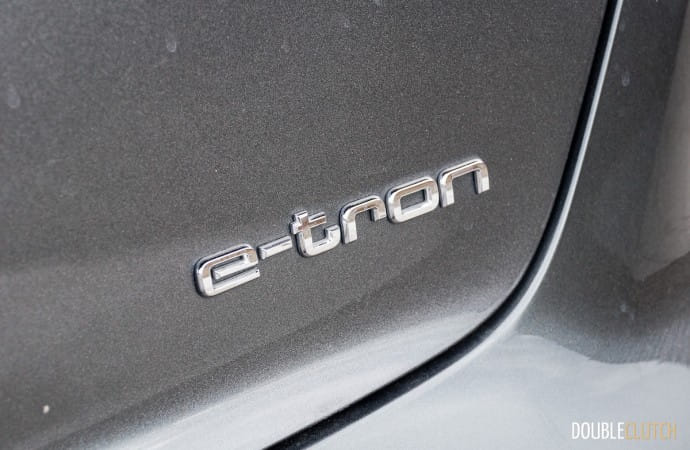 With a formidable marriage of gas, electric, and transmission technology, real-world fuel economy was approximately 6.2 L/100km with a decent amount of highway driving, including lots of Canadian cold winter weather. Audi does not officially rate the fuel economy of the A3 e-tron, as real world results will vary wildly depending on the amount of electric charge used. For specific trips around downtown Toronto, observed fuel economy was as good as 2.0 L/100km, further outlining the advantages of the PHEV. With an ever-improving support system of charging stations, urban drivers can fully take advantage of plugging in. In addition, the e-tron qualifies for special licence plates or exemption stickers in jurisdictions that recognize green vehicles. This allows drivers to use High Occupancy Vehicle (HOV) or Carpool lanes, even when they are the sole occupant in the car.

As an added bonus, some provincial governments are providing attractive rebates and incentives to those who purchase eligible PHEV and full electric vehicles. Depending on where you live, the A3 Sportback e-tron could even end up being even cheaper than a gasoline-powered A3! With a value like this, for those looking for a well-equipped green vehicle with a little extra performance, the 2016 Audi A3 e-tron is a good choice. 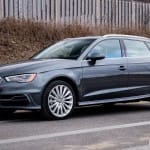 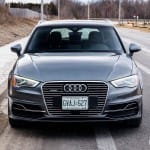 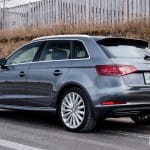 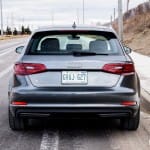 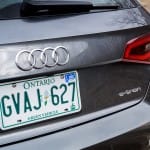 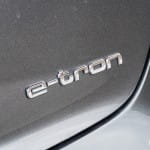 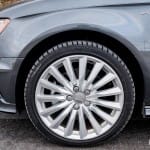 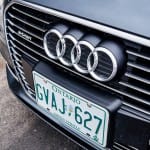 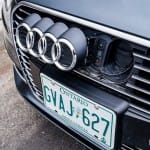 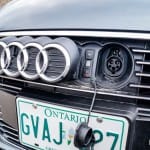 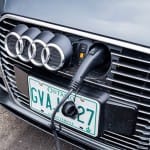 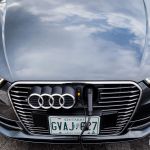 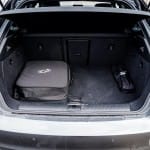 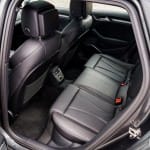 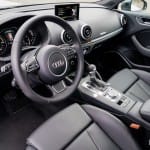 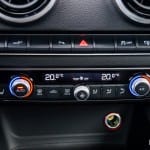 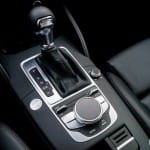 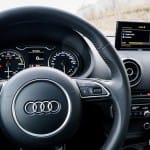 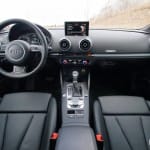 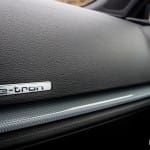 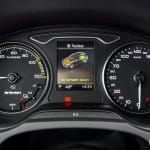 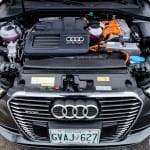 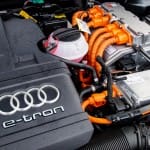