Initially when Ducati set out to make the standard Multistrada, they set out with the intent to create four bikes in one.

Our third day of riding would route us southbound along the western coast of the Salton Sea to Slab City, before heading north along the eastern coast into Palm Springs. With that route being almost entirely highway riding, it would be a proper test of the 2017 Ducati Multistrada Enduro’s touring capabilities. Bikes fully loaded, and hand guards adequately secured (with duct tape) we hit Highway 78 and started heading southeast. There wasn’t any need for us to gas up before heading on our way – the 8 gallon/30-litre tanks were still over half full, according to our fuel gauge. This translated to roughly 180 miles of range on the trip computer. For someone who has fuel anxiety, the extra capacity is a good touch when in unknown territory.

As we left the small town of Borrego Springs, the bends in the roads gradually began to give way to straight, flat, rides into the horizon. While this would typically sound like a very boring ride, with mountains flanking either side of us, at least we weren’t short on scenery. Even fully loaded with panniers, top case, and all my luggage, the bike is no slouch. Torque is seemingly always available, although it peaks with 100ft-lb at 7,500RPM, and the 160 horses going to the rear wheel are more than happy to gallop for you.

After a bit of straight line blasts, we started to see dirt jumps, mounds, humps, and all sorts of off-road fun stuff appear on either side of the highway. We’d made it into Ocotillo Wells, barely large enough to be considered a town, but home of a state sponsored “Vehicular Recreation Area” – the closest Canadian equivalent would be….parking at a GO station. Anyway, the lovely thing about this “recreation area” is that you can literally pull onto the shoulder of the highway, and…you’re in. Naturally, we flicked the bikes into endure ride mode and spent a bit of time tooling around in here, further testing out the bike’s off-road capabilities, all while carrying a week’s worth of luggage.

After our stint of sliding around in the dust, we got back onto the highway and continued our haul towards the squatter town of Slab City. The next couple hours were “boring” riding (which is an oxymoron if I’ve ever written one) but we kept plenty comfortable on our route. With a wide, amply-padded seat and plenty of wind protection, it’s doesn’t seem difficult for a rider to last longer than the gas tank will. We made it to the commune quickly and comfortably.

For those who aren’t aware, Slab City is essentially a squatter town that sits upon an old air base, which was actually used as a training facility by the US during WWII. Once the base closed down, it’s buildings were dismantled, leaving the concrete foundations “the slabs” behind. Shortly thereafter, squatters began to move in, many of them artists, and all sorts of odd art installations began to pop up in the area. The area features a painted mountain of concrete, a sculpture garden, and a 24 hour library…which has a bar inside of it. After some brief exploration in the town, we tried to check out some old water tanks that were covered in graffiti.

At this point, we’d made it to Palm Springs, and at the suggestion of a fellow rider (on a Multistrada, no less) we’d set our sights on Highway 74, heading from the Palm Desert up into Mt San Jacinto, and back down into Hemet. 74 is the kind of road I’d love to ride on a bike like an S1000RR, or the 959 Panigale (reviewed here). The first section of the road consists of a set of about 30 turns, most of which are switchbacks, so this was to be a test of the sports pedigree this bike is supposed to maintain despite its nameplate. The short version: it does. The long version: see below.

With the Multistrada flicked into sport mode, and approaching the first bend, its revving high in second gear. Rather than tapping the brakes, before entry, I only need to ease off the throttle ever-so-slightly to let the engine braking shed my speed before pouring on some gas through the apex. The gearing seems a tad short for anything considered to be sport-oriented, but with most of the torque available in the low end, it makes for a fun bike to push out of corners. The power delivery is refined, yet feels unrestrained – which is no easy feat for engineers, even if they’re from Bologna. 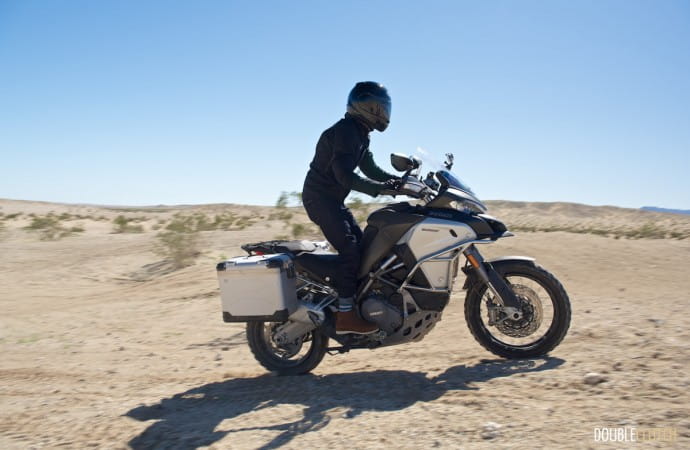 The Enduro is really quite nimble going through the twists on 74, and its weight doesn’t seem to hamper it much when it’s time to lean over. Where the weight does come into play, is under any heavy braking. Front-end dive is very real when you grab a fistful of brake, which is largely due to the extra 30mm of travel added to the Enduro for soaking up any obstacles that cross your path while off pavement. Things eventually tighten up, but the initial dive can be jarring – but that’s the only part of the bike that really comes as an unwelcome surprise during spirited riding.nFor the rest of the ride, I make a note to let the engine take care of most of the braking for me, which comes with an added bonus of a few pops from the exhaust on aggressive downshifts.

On a slightly less performance-related note, I’d like to take a second to recognize the quality and the fit of the top case – which I realized, about 3/4 through the ride, was not properly latched into position. While in no way/shape/form do I think this was a particularly smart move on my part, nor do I recommend doing this, I was baffled by how the case stayed firmly in place under some pretty serious g-force. This saved my camera, and probably the bike behind me, from some serious damage. While I made damn sure the thing was in place for the rest of the trip, I was quite pleased to be saved from my own stupidity. We both lived to see day five.

As our last day of riding, we were set to depart Palm Springs and head back into LA mid-day, during peak traffic, to return the bikes. Fully loaded with our luggage, I quadrouple-checked that all the hard cases were in place, and adjusted the suspension settings accordingly. We set out from our hotel, onto the highway, and through the massive wind farm on the edge of the city.

As we got closer to LA, the traffic began to slow to a crawl, and with the mid-day sun pouring down on us, things were heating up quite a bit. The Enduro did start getting warm, not unbearably so, but uncomfortably so. Each break in traffic afforded some welcome relief from the heat, and helped cool the engine slightly. Unfortunately, the size of the Enduro loaded with paniers prevents taking advantage of California’s common-sense lane-splitting laws, so we were stuck with the cagers.

Thankfully, the clutch is light and the bike isn’t difficult to get moving in stop-and-go traffic, which makes it actually a fairly reasonable commuter bike with just the top-case on it. With the added bonus of the massive fuel tank, it isn’t likely you’ll need to gas up in the morning on your ride into the office. Add in the upright riding position, rather spongy seat, and enough storage for your day bag – the Enduro can actually be a decent commuter bike.

As we exit off the highway and start the process on returning the bikes, I began thinking back on just how versatile this bike has been over the past five days. Initially when Ducati set out to make the standard Multistrada, they set out with the intent to create four bikes in one: a street bike, a track bike, a tourer, and a commuter. The Enduro brings that total to at least 5 by adding adventuring to the options list, without seriously hampering the original Multistrada’s fortes. Although it isn’t perfect at everything it does, it’s damn good at it, and the 2017 Ducati Multistrada Enduro should be on any rider’s shortlist if they have limited garage space, and want to do a bit of everything. 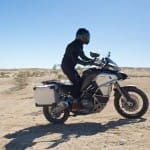 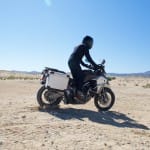 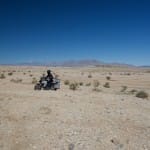 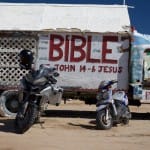 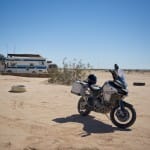 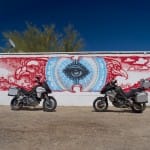 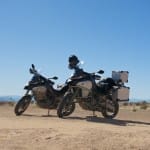 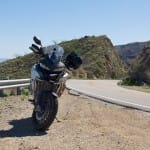 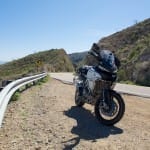 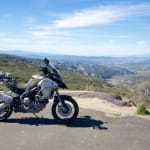 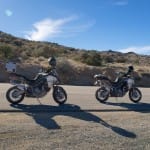 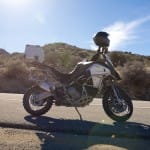 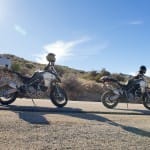 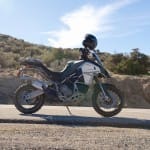