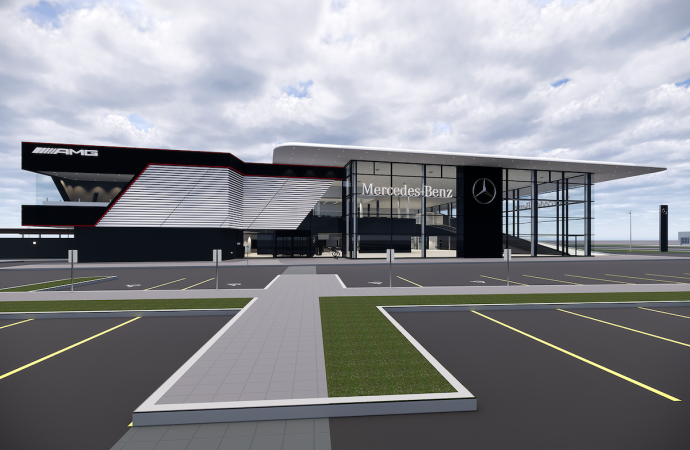 New retail environments and EV infrastructure are some of the highlights.

The ground has been broken for Mercedes-Benz Etobicoke, the company’s first new concept dealership in North America. Designed according to MAR2020 standards, it’s set to be filled with environments and features that appeal to consumers in the ever-changing retail landscape. 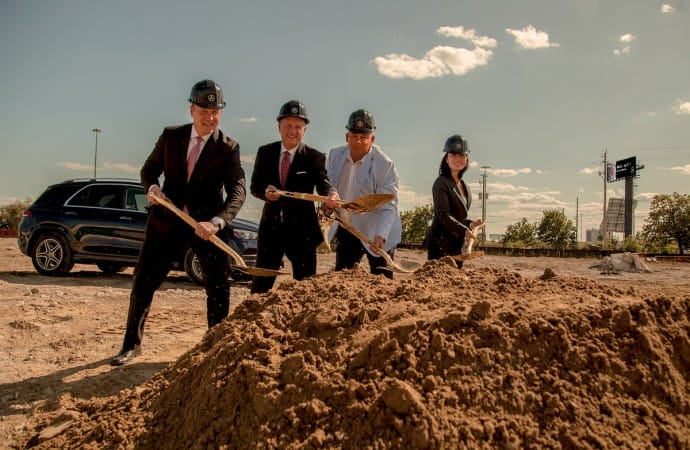 Located at the southeast corner of The Queensway and The East Mall, the new dealership will have three separate themed areas for Mercedes-Benz cars, Mercedes-AMG cars and Mercedes-Benz vans, as well as 37 service bays. Total square-footage of the new facility clocks in at 95,900 and the overall lot size is six acres. Inside, the dealership is set to have integrated digital touchpoints as well as multi-use spaces where customers can shop for new vehicles without being confined to a traditional sales office. 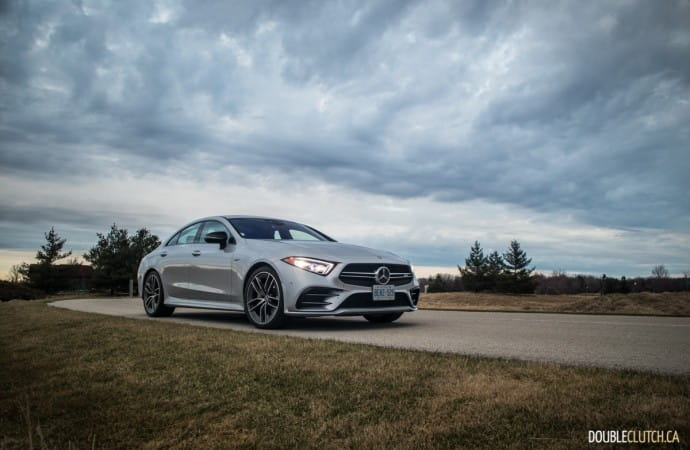 Electrification is also well-represented, with no fewer than twenty level two charging stations and two level three charging stations expected to be on hand. Considering Mercedes-Benz’s push towards electrification with the GLE350e 4MATIC plug-in hybrid electric crossover and the upcoming EQC all-electric crossover, this level of in-dealer charging infrastructure should be a welcome sight for ecologically-minded consumers while also providing support for other plug-in hybrids and EQ-brand electric vehicles that may be offered in the future.

Etobicoke is an exciting location for the first-of-its-kind dealership, and the new retail environments and plug-in vehicle support is expected to be a hit with consumers when the dealership opens.