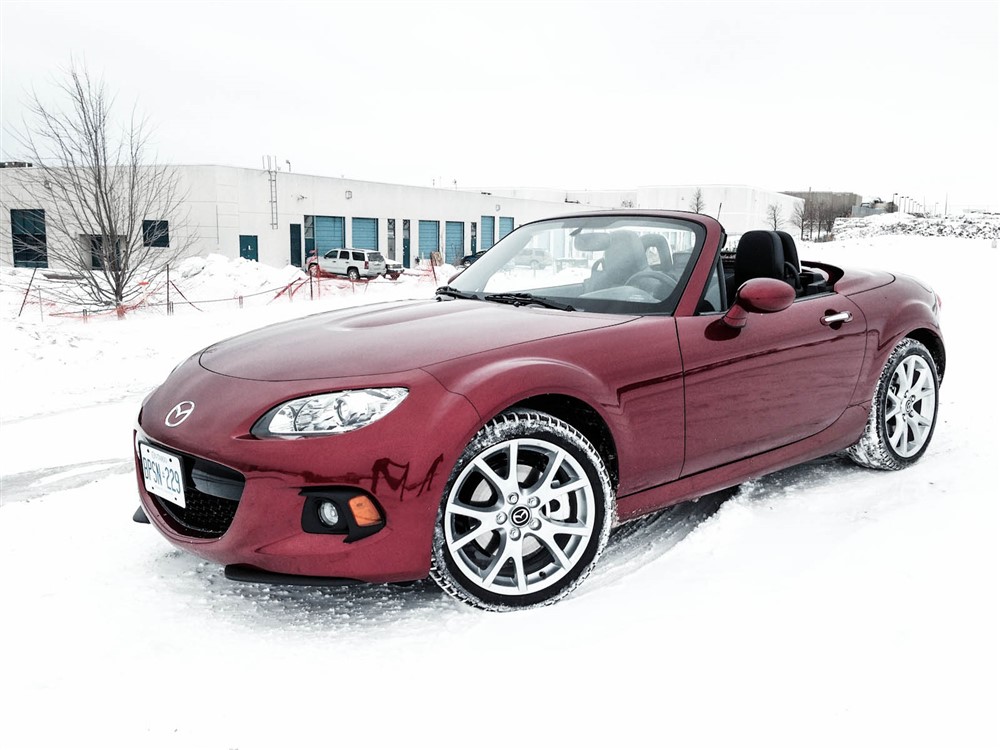 Spending a snow-ridden week with this rear-drive convertible put a seemingly permanent smile on my face.

Over the past few years, I’ve driven nearly every iteration of Mazda MX-5 they have sold. In fact, I have recently acquired a 1990 MX-5 with just over 30,000 miles on it as a project. It needs a few things here and there, but it’s an all-original car that has never seen a winter. 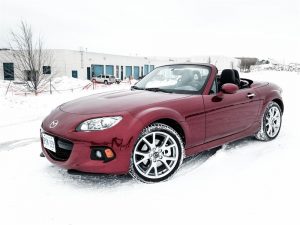 During the week that I ‘took delivery’ of the classic icon that is the 1990 MX-5, I decided to take over our long-term tester, the 2014 MX-5 GT. Spending a snow-ridden week with this rear-drive convertible put a seemingly permanent smile on my face. There’s no doubting that this is one of the most well-balanced, easiest to drive sports cars out there. I took it out on a particularly snowy night and confirmed the fact that I would prefer a rear-drive car over a front-drive car in the white stuff any day of the week, provided it’s equipped with a proper set of winter tires. The Michelin Primacy Alpins work wonderfully.

I also decided to talk about a few things that the average MX-5 Miata review may forget to mention:

It may have taken a serious amount of effort to squeeze my one carry-on bag into the trunk of the MX-5 after it spent a day parked at Pearson International Airport, but I couldn’t bring myself to be angry with the little car. It’s seriously such a good car in every way imaginable. I even braved the cold and drove it with the top down a few times – my tuque was my friend!

Nearing two weeks into our long-term road test, the MX-5 GT is now past its break-in period. We took delivery of the car with ~500km on the odometer. It’s now nearing the 1,800km mark, and we have no issues to report. 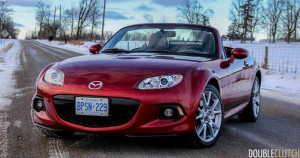