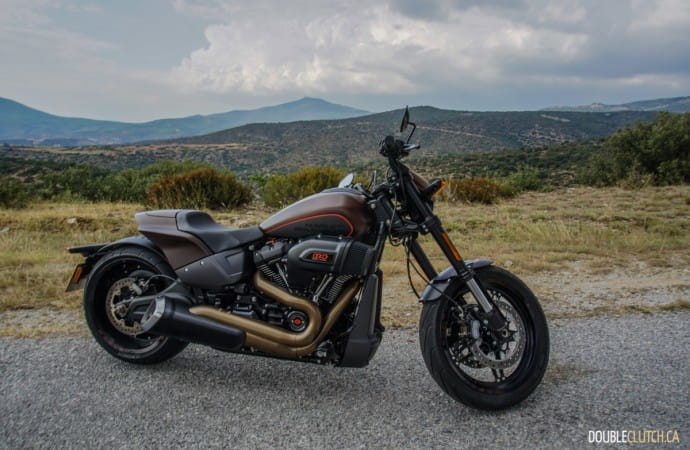 The all-new FXDR certainly turns heads, and gets thumbs ups and positive attention.

THESSALONIKI, GREECE – “All for freedom, freedom for all”. Harley Davidson’s slogan is aimed at bringing in a new generation of riders. With the release of the all new FXDR Soft Tail, this is the 10th Soft Tail, and the 12th bike Harley has released since their ambitious plan of releasing a hundred new high-impact motorcycles over a 10-year period. 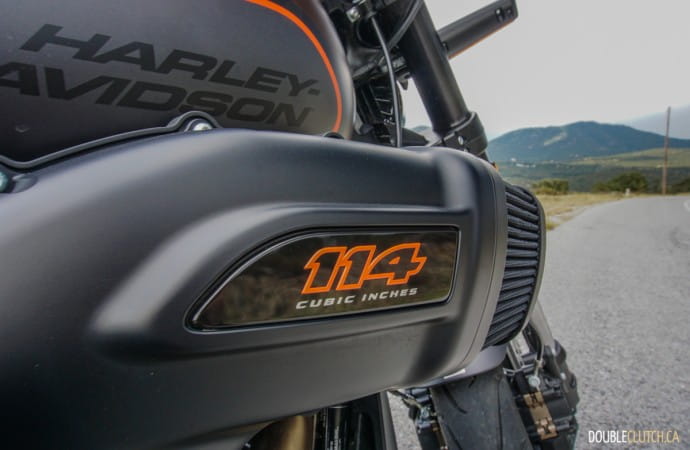 At first glance, the 2019 Harley-Davidson FXDR 114 is clearly a heavy muscle cruiser, and Harley flew me to Greece for an adventure and a first ride of this exciting model. A heavy muscle cruiser is the exact type of bike that I own, so it’s easy to say that I was eager to see what Harley had to offer in this genre.

The success of the new Soft Tail lineup (reviewed here) last year helped pave the way for the FXDR. The V-Rod stopped production two years ago, so the FXDR is aimed at hitting those customers as well as a broader range of new clientele. Sharp and aggressive styling, a head-turning design, and envious sounds come from the Milwaukee-Eight 114 cubic-inch engine that produces a whopping 119 lb-ft. of torque. 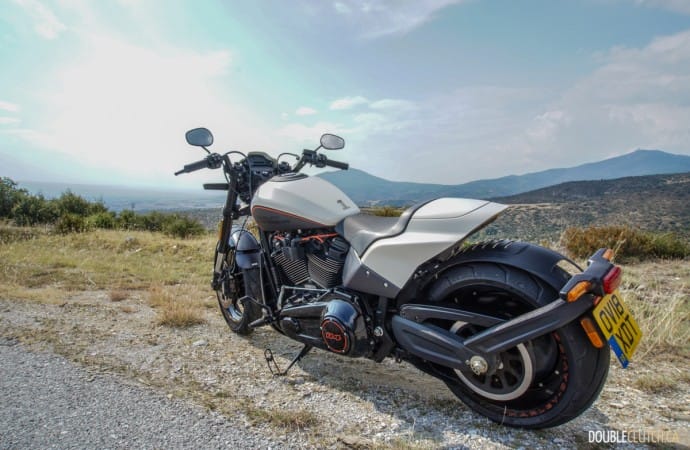 Comfort is certainly taken into account with the FXDR, as the seat is dished and grippy so even under the hardest acceleration the bike has to offer, your rump stays where it belongs. Peg and bar positioning is somewhat forward-biased, but that’s the nature of a cruiser. With a seat height of 27.7” (704mm) it’s easy to reach the ground comfortably even for shorter riders.

The FXDR’s transmission housing seems to be conveniently concaved exactly where your left calf rests, again preventing the rider from having to sit bow-legged. I wasn’t the only one to notice some lower back discomfort towards the end of our 220km ride, so this is a minor concern. Despite not having a windscreen, the FXDR has relatively good wind deflection from the plastic shroud up front. As of right now, no accessory windscreen is available. 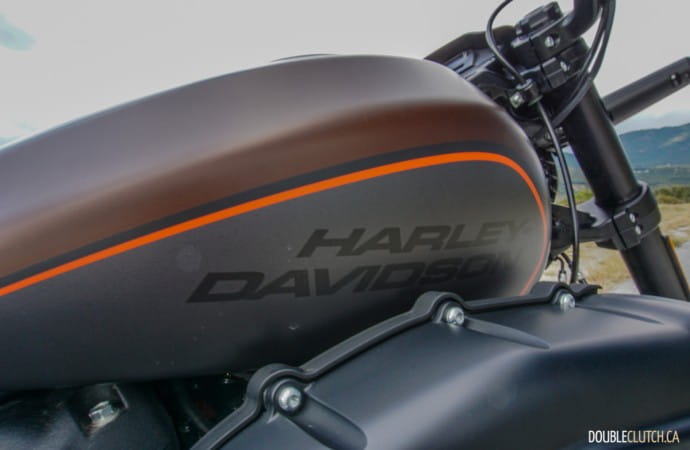 Weight reduction was taken into account in order to make maneuverability optimal; areas where attention was paid in this regard include the swing arm, fenders and rear wheel. The swing arm is made of cast aluminum, which makes it 43% lighter. Lightweight composite materials are used in the fenders, and the aluminum disc rear wheel is two pounds lighter than the Breakout II aluminum wheel. Also to aid in weight reduction are the handlebars, which are aluminum clip on style bars.

One fun fact is that the handle bar riser kit that’s available from the Harley-Davidson parts and accessories line incorporates a triple clamp style bar that will bolt right into two pre–drilled holes. These holes are included on the bike, hidden behind the “FXDR” filler plate that’s located behind the instrument cluster. 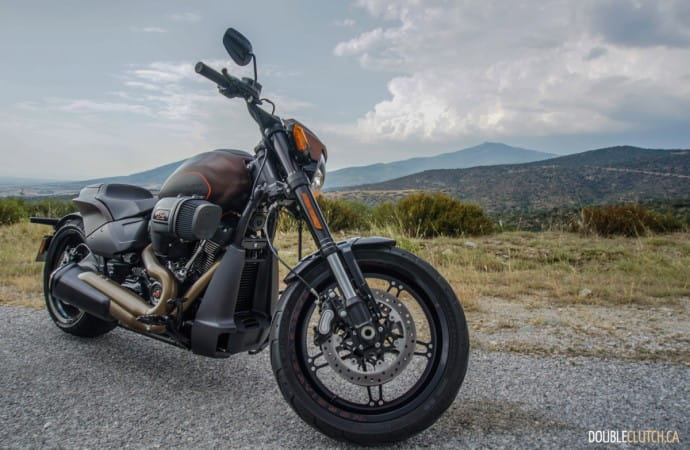 Geometry feels right for this bike, and maneuverability is quite good. While the FXDR doesn’t seem to fall naturally into the corners, it leans down and stands up with minimal effort. It corners quite well when you consider its wide 240mm Michelin Scorcher rear tire, which is incidentally the same tire we see on the Breakout. Low speed maneuverability is almost effortless and confidence inspiring. A 19” front tire helps to lower spin inertia, which makes for a more responsive front end.

The FXDR has the highest lean angle of all the Soft Tails, with 32.6 and 32.8 degrees respectively. The exhaust is a two-into-one style and is upswept like we see on the Fat Bob (reviewed here). A bevelled muffler is on board to facilitate and optimize lean angle, and after seeing some pictures of myself in some aggressive cornering, the exhaust gets pretty close to the pavement. 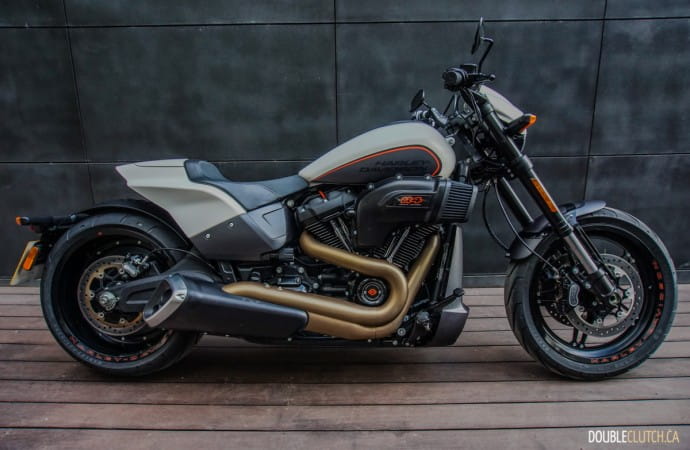 There is no shortage of power with the 114 cubic-inch V-twin engine. I was able to easily get the rear wheel to break loose in first, second and even third gear in the slick rain-riddled streets of Greece. Passing ability is effortless; even without dropping down a gear the FXDR easily overtake in most situations while staying in sixth gear. The exhaust and intake were tuned specifically for this bike, giving it a unique sound that’s different than the other models equipped with the same engine.

The engineers at Harley-Davidson didn’t have any of the test bikes equipped with their Screamin’ Eagle Titanium Performance muffler upgrade, but they assured us that it has a much more aggressive sound. It also features carbon fiber components which help to make it 50% lighter than the factory muffler. You’re also able to customize the FXDR even further with the “Dominion Collection” which includes interchangeable trim pieces available in either gloss black or anodized bronze. 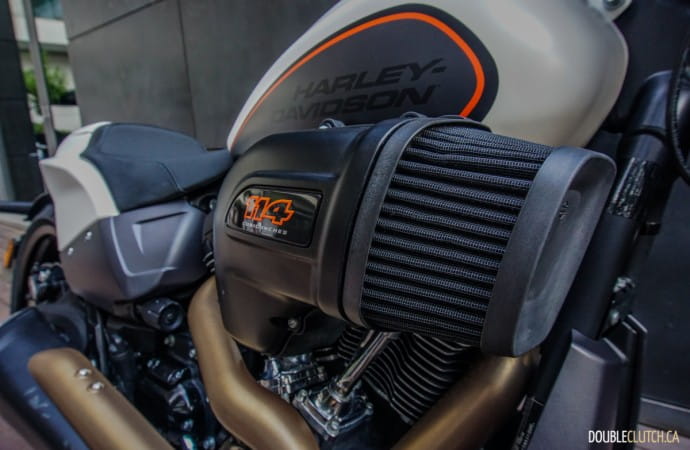 Braking power is very good, maybe even too good. The front wheel is equipped with dual-disc 300mm brakes that slow you down in a hurry, and with ABS standard, you’re able to stop quickly. There is no traction control on the FXDR, not even as an option. We felt some rear end slip when rolling into the throttle coming out of some corners, so this would have been a nice safety net.

A lot of people expect the Harley-Davidson brand to change overnight, expecting the next new bike to be the one that redefines the company, but this expectation is impractical. The truth is that big changes take time, and the anticipatory public need to get their expectations in check. No one is trying to reinvent the wheel, but by creating innovative and modern styled bikes such as the FXDR, it’s one step in the right direction to breaking away from the stereotypical image. 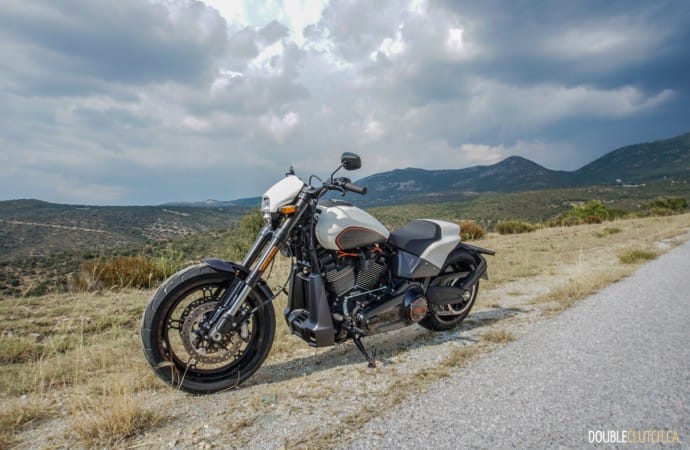 The all-new FXDR certainly turns heads, and gets thumbs ups and positive attention from just about everybody. This really is a fun bike with a muscular look that will really stand out in a crowd. It’s fun and quick to get used to, with plenty of power. The Canadian MSRP is $26,499, and with a price tag like that, it would have been nice to see some things on the bike like a passenger seat, pegs and cruise control (all of which are optional, but not standard).

All of that being said, the new FXDR certainly is a lot of bike for your dollar. If you’re like me and are tired of paying those high insurance prices on a super-sport, and want a more comfortable change but don’t want to compromise on power, check out the FXDR. 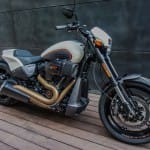 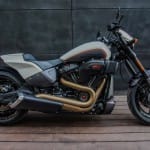 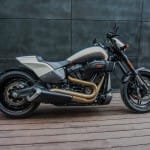 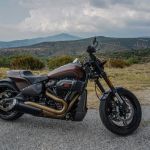 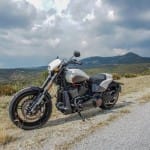 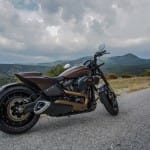 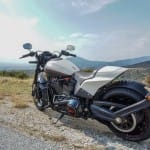 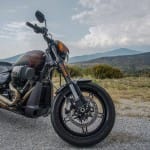 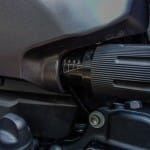 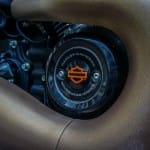 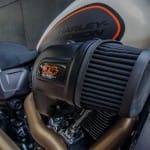 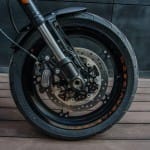 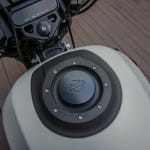 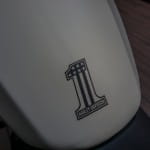 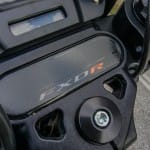 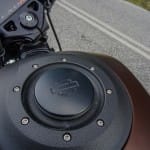 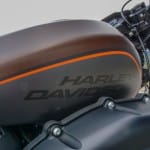 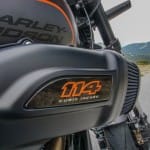