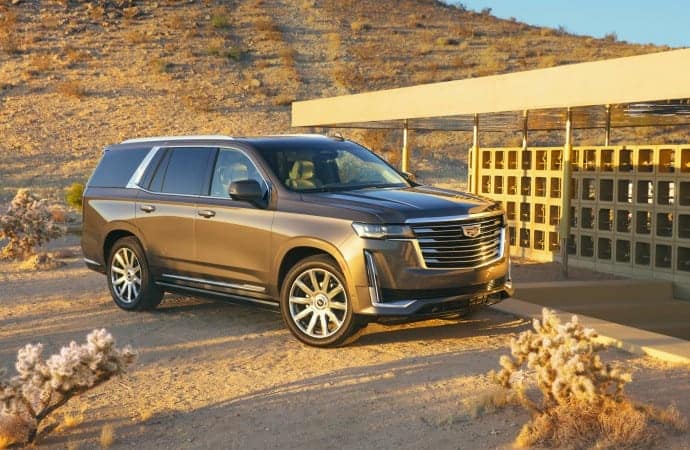 Return of the king!

It would be an understatement to say that the original Cadillac Escalade made a splash back in 1998.  This full-sized luxury SUV commanded the attention of its peers and the general public when it was released. Anyone and everyone who wanted to make a statement had to be seen in an Escalade, athletes, musicians, movie stars and other public figures bought them, threw dubs on them and were chauffeured in them more times than anyone can count. Seeing the biggest, baddest Cadillac pull up at a red carpet event was typical and the reveal of the brand new Escalade today during Oscar week in LA shows the importance of this vehicle. It sends a message loud and clear that the king is back. 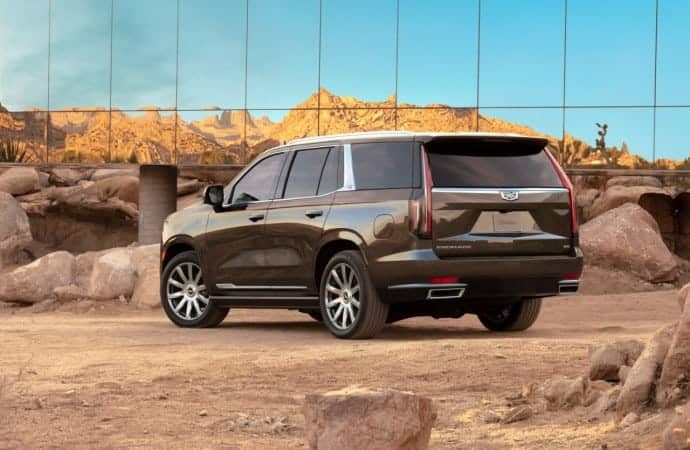 On the outside, Cadillac has added significant refinement to the new Escalade’s styling while retaining the iconic presence their flagship is known for. The bodylines are more chiseled, with a razor-sharp beltline running from the tips of the headlights all the way through the taillights. Subtle arches and a nuanced, tapered b-line reduce visual weight while a canted metal element on the c-pillar boldly accentuates the concept of motion. Beady headlights and a massive grille maintain presence up front while jewel-like vertical taillights and a dramatically contoured tailgate feature loud and proud out back. Overall, the 2021 Escalade looks much more tasteful than its predecessor. 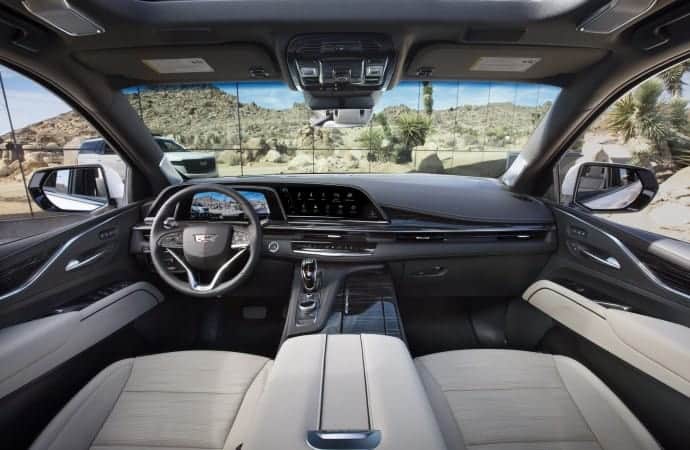 Cadillac has shown that the 2021 Escalade will be a tour de force when it comes to technology. Their next level Super Cruise is onboard and the first for a full sized SUV.  Dubbed “the industry’s best driver assistance technology,” this new version of Super Cruise includes assists like Automated Lane Change, which allows the driver to direct the system to perform a single lane change with a flick of the turn signal, and Dynamic Lane Offset. On a homegrown note, the Canadian Technical Centre (CTC) in Markham, Ont. was integral in bringing this new technology to market. Additional driver-focused tech includes an Augmented Reality-based navigation system that overlays waypoints onto the view from the front camera. Surround Vision gives a full exterior view of the Escalade, while other options include a Rear Camera Mirror, Night Vision and Trailer Integration for those that like to haul. 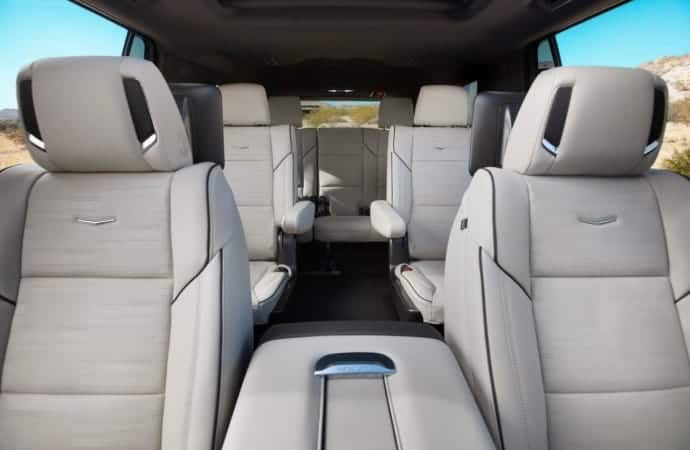 The interior has been completely overhauled from the previous generation. Up front, a massive 38-inch OLED display is used to house three screens. A 7.2-inch screen shows driver information, a 14.2-inch digital cluster display sits behind the wheel and a 16.9-inch infotainment system finishes it up. With the OLED display, images are ultra crisp and show deep black levels previously unseen in the automotive world. Over the air software software updates are done at lightning-fast 5G speeds in areas currently equipped with this technology. When it comes to audio, Cadillac has partnered with AKG to bring their first automotive audio system to market in the new Escalade.  For those unaware of AKG, they are a leading manufacturer of headphones and microphones used by musicians and recording studios worldwide. The standard stereo in the new Escalade includes 19 speakers while the top-dog AKG Studio Reference system bumps that up to an eye-popping, crystal-shattering 36 speakers. Additional features include Studio 3D Surround, Audio Rendering for navigation, Conversation Enhancement and Front Passenger Volume Control. Ambient lighting, eight interior color trim choices, unique seat designs and quilted patterns add to the elegance of the 2021 Cadillac Escalade.  Interior space has increased significantly for 2021. There is now 40 per cent more third row legroom while cargo space behind the third row increases an incredible 80 per cent in the standard-length model. This is achieved with the move to an independent rear suspension that allows for a lower interior floor. 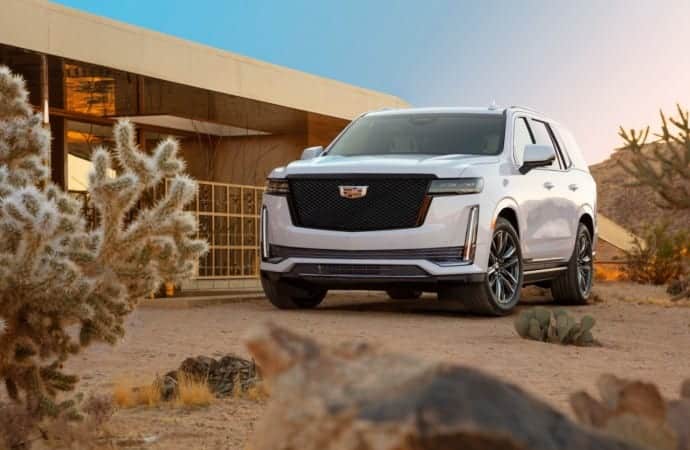 That aforementioned independent rear suspension means that both driving dynamics and ride quality have improved. Add Cadillac’s Magnetic Ride Control, new Air Ride Adaptive Suspension and an available electronic slip differential and the 2021 Cadillac Escalade should ride in a markedly more refined manner than its predecessors. When it comes to engines, Cadillac is giving 2021 Escalade customers the choice of brute power or increased efficiency with the availability of an all new 6.2-litre V8 with 420 horsepower and a three-litre turbocharged diesel engine. The turbodiesel, a first for the Escalade, matches the V8 with 460 lb.-ft. of peak torque.

With an unparalleled blend of luxury, technology and size, Cadillac has pulled out all the stops and left nothing to chance with the 2021 Escalade. Pricing has not been announced yet but expect more information closer to summer, when the new Escalade is set to roar into showrooms.