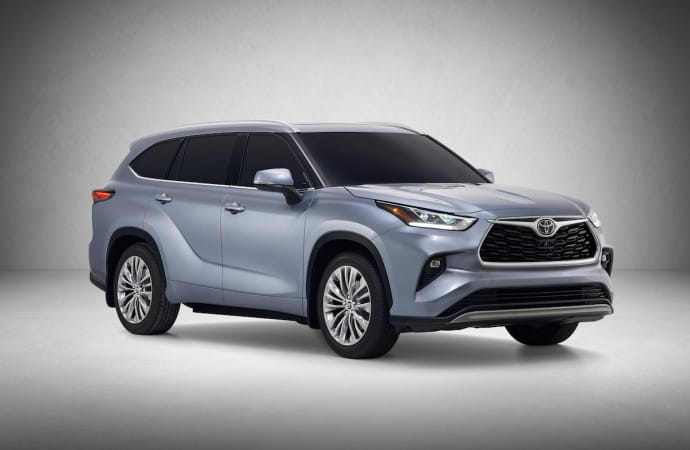 Toyota was one of the first to come out with a three-row crossover back in 2000 with the Highlander. Now with increased competition including the all-new Ford Explorer, the recently redesigned Honda Pilot and the very good Mazda CX-9, Toyota has pulled the covers off the all-new 2020 Highlander.

Toughness is the name of the styling game with the 2020 Toyota Highlander. Riding on Toyota’s new TNGA-K architecture, the new sheetmetal features aggressively flared fenders, floating a-pillars, aggressive fascias, a strong beltline and a chunky roofline. 18-inch wheels are standard and for the first time ever on a Highlander, 20-inch wheels are available. It all adds up to a look that’s more SUV than crossover and downright handsome above all else. 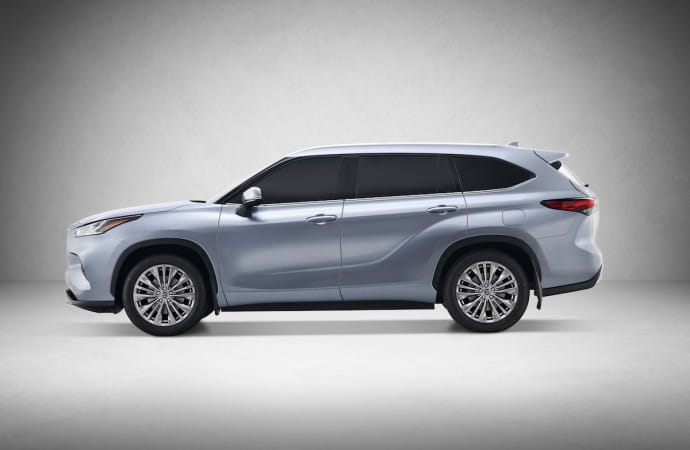 Toyota decided to keep the dash shelves that were a huge hit with owners of the current generation Highlander while adding a whole host of toys and technology. All trim levels come standard with three-zone climate control and smart key entry, and both Apple CarPlay and Android Auto are standard in the 2020 Highlander, making this one of the first Toyotas to come with Android Auto. The top trim level gets a 12.3-inch infotainment screen, the largest in its segment and a panoramic moonroof. Other sweet available toys include wireless charging, a household-style second-row power outlet, ventilated front seats, heated second-row seats, second-row window sunshades, second-row captain’s chairs and an available 11-speaker JBL Premium Audio System with a block-rocking 1,200 watts of power. While toys are optional, safety comes standard. Every 2020 Toyota Highlander comes with Toyota Safety Sense 2.0, Toyota’s latest suite of active driver assist technologies. 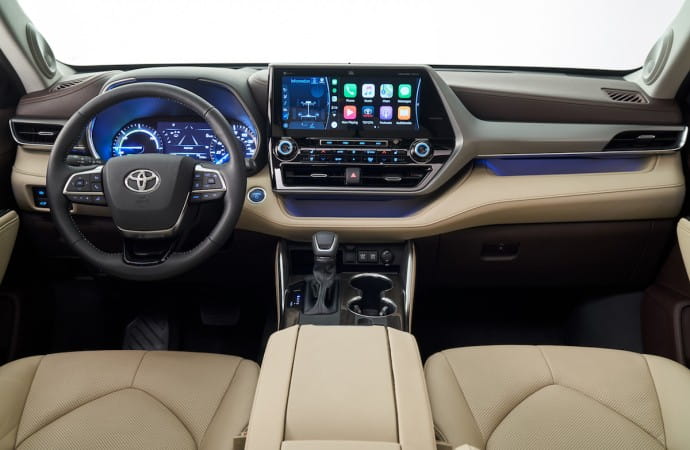 The 2020 Toyota Highlander comes standard with a 3.5-litre V6 with D-4S injection and dual variable valve timing (VVT-i), making 295 horsepower and 263 lb-ft of torque. The V6 comes mated to an 8-speed automatic transmission, is available in front-wheel-drive, all-wheel-drive and, on higher trim levels, torque-vectoring all-wheel-drive and can tow up to 5,000 lbs when properly equipped. Available later will be a hybrid model with a 2.5-litre twin-cam four-cylinder engine mated to a hybrid transaxle with two coaxially-mounted electric motors that Toyota says reduces frictional losses. They hybrid battery pack is mounted under the rear seat and the whole system puts out a total of 240 horsepower while achieving a claimed 17 per cent better fuel economy than the outgoing Highlander Hybrid on the American EPA fuel economy cycle. Also, for the first time ever the Highlander Hybrid is going to be available in both front-wheel-drive and all-wheel-drive configurations. 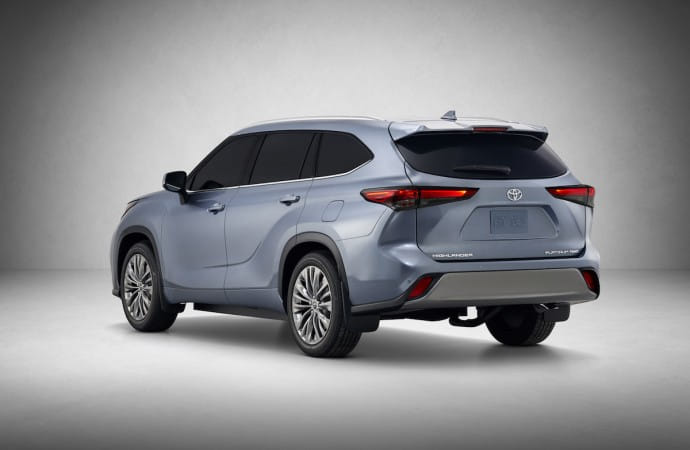