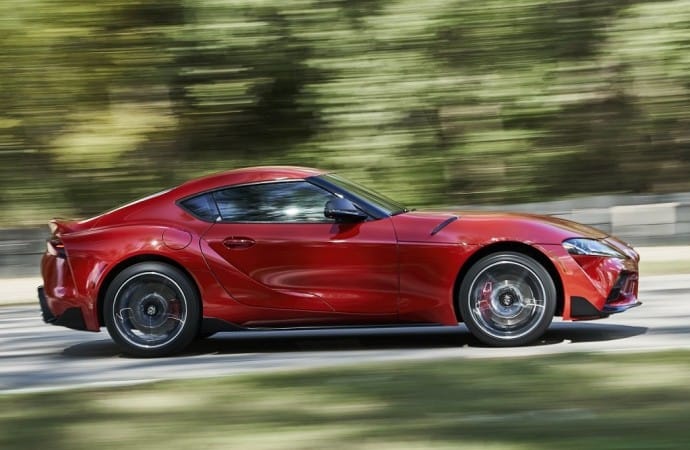 After 21 years, the GR Supra marks the return of a legend.

After 21 years, Toyota brings back the legendary Supra for its 5th-generation (MKV). After being teased for years as the FT-1 concept, the production model has finally been revealed with a turbocharged inline-6 and two-seats making it’s a true sports-coupe. 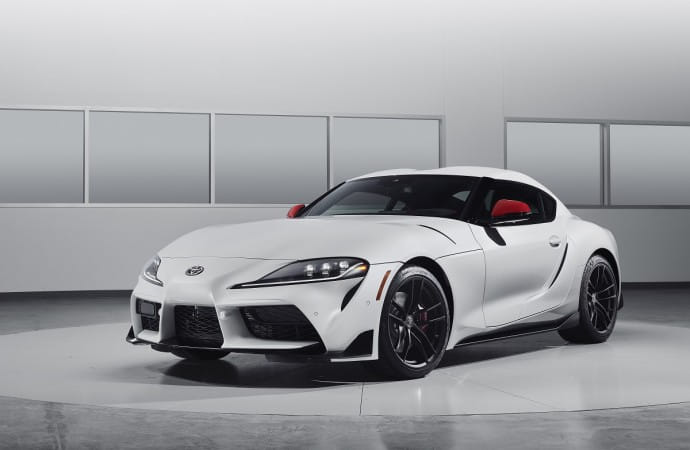 The most predictable element of the new GR Supra was its exterior styling. Although the exterior design does not feature the same level of aggressive exterior styling or aero as the FT-1 concept, the production model, as a whole, doesn’t stray far from the concept. A streamlined body shape was achieved by removing unnecessary elements from the FT-1 concept. The extended hood helps highlight the engine and places the cabin closer to the rear axles contributing to the sporty-dynamic and a near 50:50 weight balance. An integrated rear spoiler provides a modern take on downforce and pays homage to the large wing featured on the 4th-generation Supra Turbo. 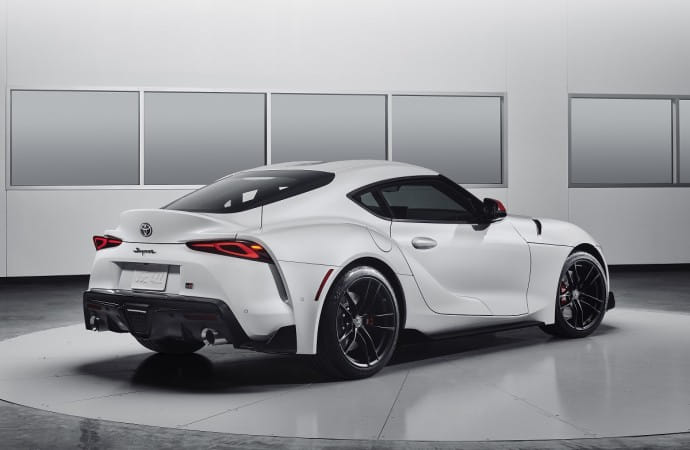 Under the hood of the GR Supra lies a 3.0-litre Turbo Inline-6 which was co-developed with BMW. The motor produces 335 hp and 365 lb-ft of torque which propel the Supra to 100km/h in around 4.5 seconds. Although no manual is available, the inline-6 will be paired to an 8-speed automatic which will deliver fast, crisp shifts and offer manual control when desired. In addition, the Supra features adaptive drive modes which allow for customizability of the driving experience. When one switches out of Normal mode into Sport, throttle response sharpens, steering weight increases, traction control intervention decreases and the whole driving experience becomes more aggressive. Two notable components are the standard inclusion of an active-differential and adaptive suspension which balance the handling characteristics. 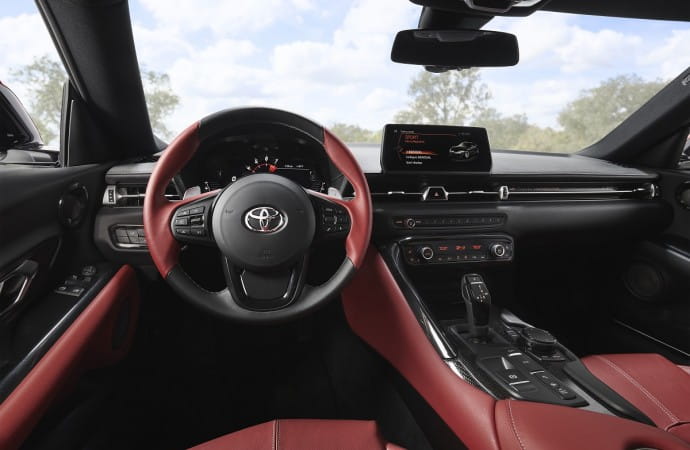 Inside, the cockpit is designed to immerse the driver into the driving experience. A lower dashboard provides good outward visibility along with a clear view of the standard heads-up display. Modern elements display key driver information with a display placed in the centre of the dash board for easy visibility and operation. Notably, the Supra features sports seats as standard which are designed to hold the driver firmly in the seat for spirited driving.

The first Supra will roll off the production line on January 19th. The starting price is expected to be (USD) $49,990 for the entry-level trim.