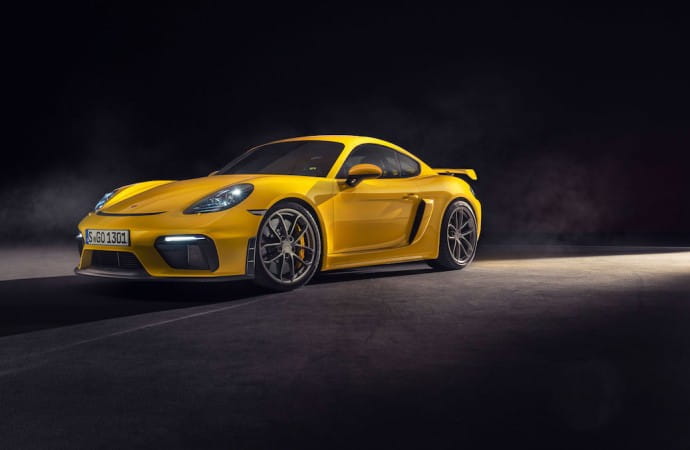 When the Porsche 718 Cayman and 718 Boxster debuted for the 2017 model year, many turned up their noses at Porsche’s then-new turbocharged flat-four, claiming it wasn’t as smooth, as exciting or as fun as the naturally-aspirated flat-six engines used in older Boxsters and Caymans. For 2020, those who complain about the flat-four can finally have peace, as Porsche’s GT division is serving up two slices of flat-six nirvana with the 718 Cayman GT4 and the 718 Spyder. 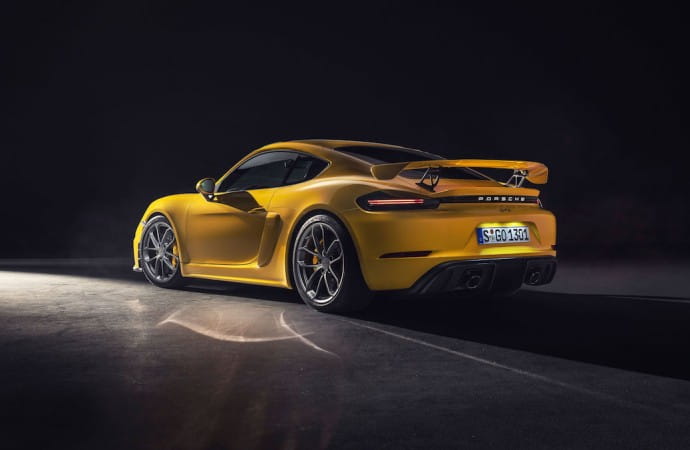 Both the 718 Cayman GT4 and the 718 Spyder sport a deeper front bumper with bigger air intakes, functional heat extractors, air curtains and a splitter. Around the side, both cars sport special alloy wheels, bolder side skirts and larger side scoops. Out back, both models sport an aerodynamically optimized rear muffler with twin exhaust tips that are set into a large, functional diffuser. Where the twins differ is up top. The 718 Cayman GT4 is the fixed-roof version and sports a large fixed rear wing that adds downforce without adding drag. The 718 Spyder on the other hand is exactly what its name suggests, a hardcore open-top two-seater with a double-bubble tonneau, an active rear spoiler and a manual soft top that saves weight over the standard 718 Boxster’s powered soft top. 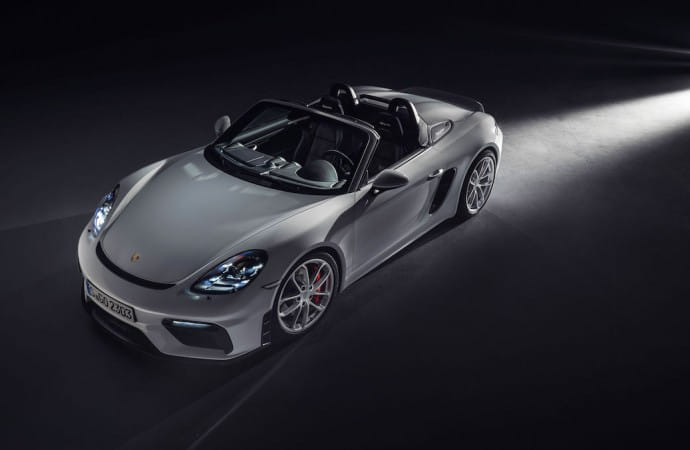 Powering these sporting twins is a punched-out, naturally-aspirated four-litre version of the new 911’s flat six. It cranks out 414 horsepower and 309 lb-ft of torque on the way to a redline of 8,000 RPM and is mated exclusively to a six-speed manual gearbox for both exclusivity and driving pleasure. The zero-to-100km/h dash is quoted as a brisk 4.4 seconds for either model, while the 718 Cayman GT4 has a slightly higher top speed than the 718 Spyder, 304 km/h over the Spyder’s 301 km/h. Suspension is both stiffer and 30 millimetres lower than standard, while both torque-vectoring and a mechanical locking differential come as standard equipment. 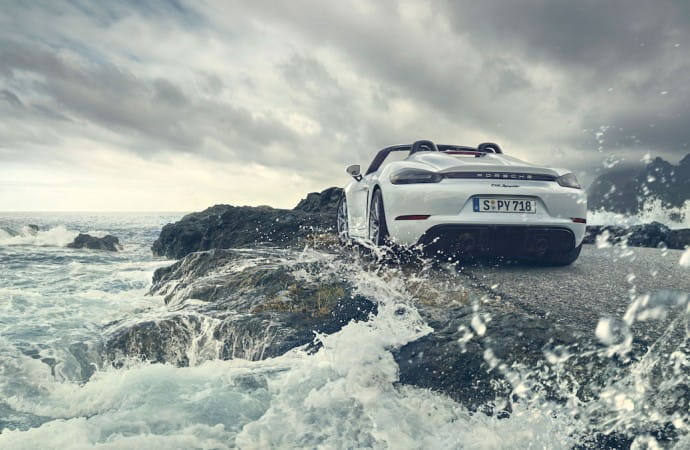 Pricing for the 718 Cayman GT4 starts at $113,800 while the 718 Spyder is actually cheaper at $110,500. This means that both models undercut the new 911’s basic Carrera S model in pricing. Best of all, the 718 Cayman GT4 and the 718 Spyder will not be limited production models so there’s no uneasy feeling for customers regarding whether or not they’ll get an allocation. Porsche will build as many as people are willing to buy.