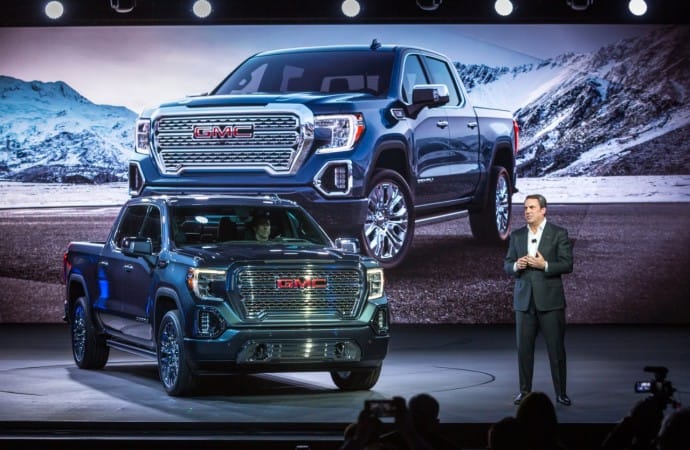 The GM twins have been topping our overall favourites list as far as full-size trucks are concerned.

DETROIT, MICHIGAN – Truck giant General Motors showed us their all-new Silverado last month at the North American International Auto Show. Taking this reveal into account, it was inevitable for the Chevy’s sister truck, the 2019 GMC Sierra to make its debut almost immediately after. General Motors Canada invited us to the intriguing Russell Industrial Complex in Detroit, MI to take our first look at what they assume is going to be a game changer for the North American truck market. 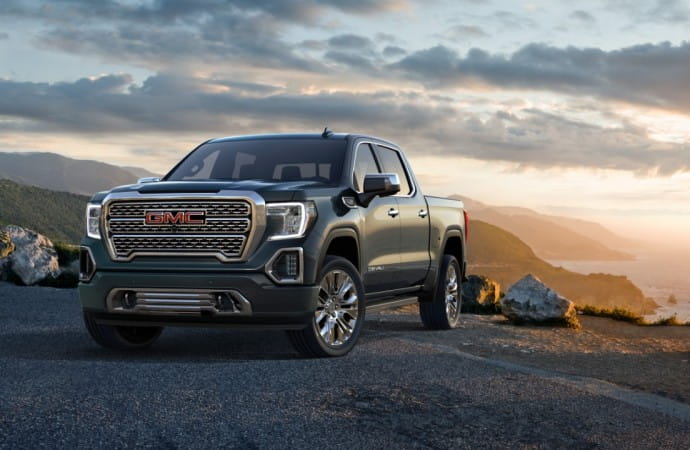 First and foremost, on the powertrain front, there are minor changes to the two major engines. The 5.3L and 6.2L gasoline V8s soldier on, now offering engine start/stop technology along with Dynamic Fuel Management. The latter is a new variation on cylinder deactivation that actually allows the motor to run on any amount of cylinders between one and eight, maximizing efficiency. Joining this lineup is a 3.0L inline six-cylinder turbo-diesel, right on time to compete with the upcoming Ford F-150 (reviewed here) and its diesel variant. The GM/Ford joint venture 10-speed automatic transmission is also in play here.

An industry first for the new Sierra is the MultiPro Tailgate, showing off six unique tricks within itself. This tailgate not only offers loading and load stop solutions, but a multi-stage opening as well as easier access to anything within the box. Like the Ford F-150 has been doing for a while, there is a built-in step entry, but it’s easier to use than the Ford’s from our initial look, and the tailgate can hold up to 375 pounds of weight. Worth mentioning is that this tailgate is not restricted to the top-trim Denali, but can also be had on SLT trims of the Sierra 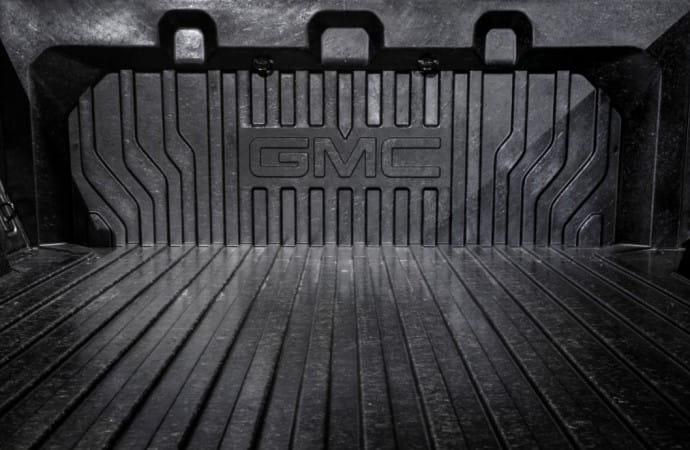 The vast majority of the 2019 Sierra’s party tricks have to do with actual utility, and that’s where the optional CarbonPro box comes into action. This is yet another industry debut; a truck cargo box made of carbon fiber. This replaces the steel inner bed and floor with a composite of carbon fiber that adds a ton of durability along with dent protection. The carbon fiber composite also means it’s resistive to corrosion down the road, which has been a weakness for many North American trucks in the salt belt so far. This box is 62lb. lighter than the standard steel box.

Combining all of these new technologies with a classy and upscale interior, the 2019 GMC Sierra makes for one of the most luxurious trucks currently on the market – especially when in its top-grade Denali trim. The GM twins have been topping our overall favourites list as far as full-size trucks are concerned for quite some time now, but its two major competitors, Ford and Ram have now upped their respective game in the past year. Now that the General is back in action, we’re excited to spend some more time with this new segment later this year and see where the Silverado and Sierra stack up. 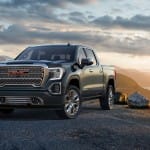 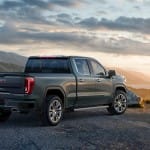 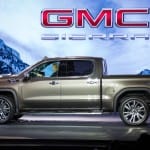 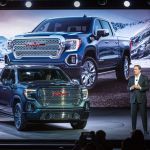 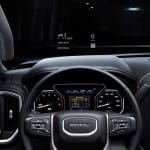 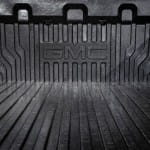 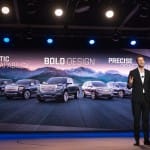