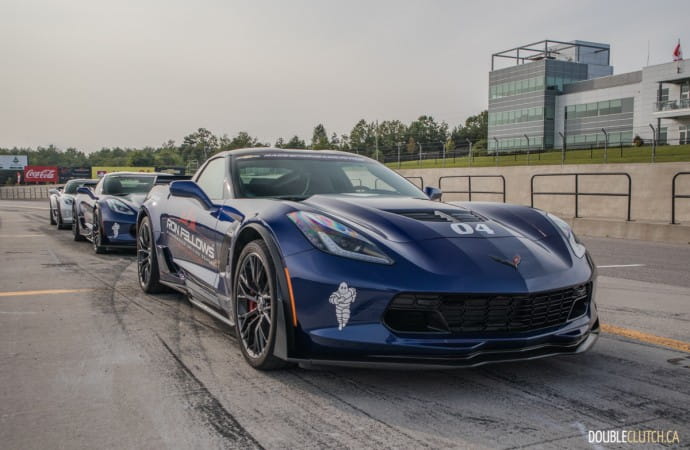 Manic levels of fast, and thanks to the supercharger, power comes on quickly and gradually.

BOWMANVILLE, ONTARIO – I’m not a Corvette guy. At least, I wasn’t until the latest iteration (codenamed “C7”) debuted for the 2014 model year. The chassis of the latest Corvette Stingray is a marvelous thing, capable of impeccable balance and levels of precision never before seen on a Corvette. The standard Grand Sport (reviewed here) is one of the best values out there for a tourer that can double as a track toy, and one that we thoroughly enjoy each time one shows up at the office for a test. When we were invited to test the 2019 Chevrolet Corvette Z06 on the track, we just couldn’t resist. 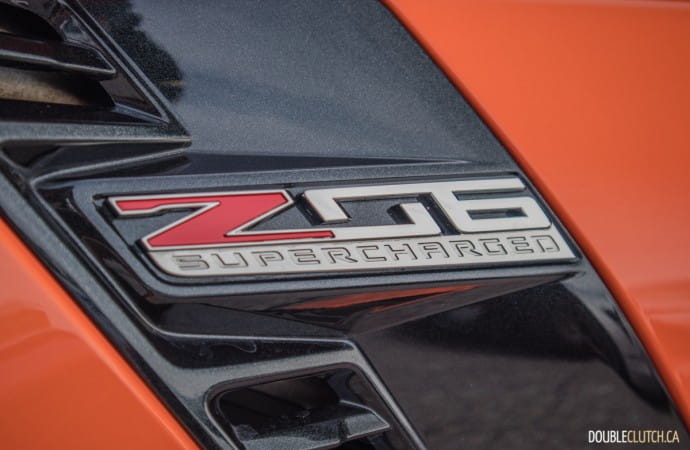 The Grand Prix track at Canadian Tire Motorsport Park (formerly named “Mosport”) is a fantastic course, and the high-speed straights and long sweepers complement Chevrolet’s V8-powered track toys perfectly. It’s also home to the Canadian arm of the Ron Fellows Driving Experience, which provides world-class driver instruction in fast cars. It’s something we really do support, as it urges drivers to improve their skills in the best setting with instructors that have plenty of actual track time and experience under their belts.

Back to the car – the Z06 isn’t a car; it’s a weapon. While I’ve driven the Grand Prix track in multiple vehicles, it was my first time with more than 600 horsepower under my right foot. It took some getting used to the sheer speed this car can deliver. The Corvette’s 6.2L supercharged small block V8 is called the “LT4”, and is also the same motor that powers the Cadillac CTS-V (reviewed here). While the Cadillac can easily be used as a luxurious daily driver, the Corvette application is all smiles, all the time. 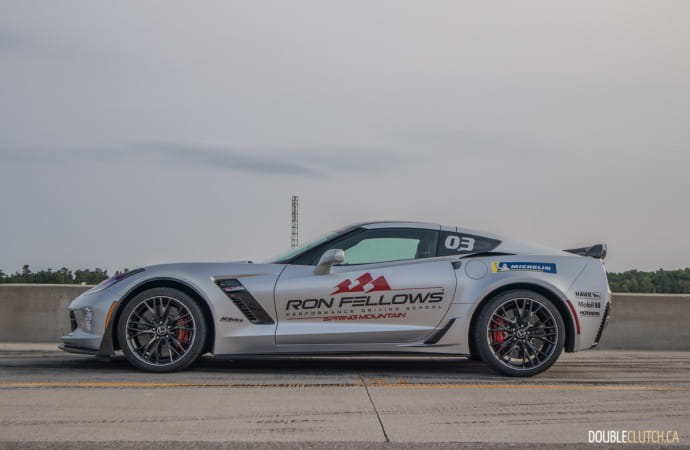 Output is 650 horsepower at 6,400RPM and 650 lb-ft. of torque at 3,600RPM. The seven-speed manual transmission is a joy to row through, and clutch action is swift and has plenty of feel. It’s manic levels of fast, and thanks to the supercharger, power comes on quickly and gradually. There is no lag anywhere, and provided you’re in the right gear, this thing will bolt with urgency. The long straight on this track had the car seeing speeds well into the 200km/h range effortlessly, with the LT4 still pulling hard and screaming through third and fourth gears.

This isn’t a straight line car either; the latest Z06 is capable of pulling 1.2g around corners. This particular track is set up for longer sweeping curves rather than sharp turns, but the Corvette demonstrated compliance no matter what was thrown at it. The Michelin Pilot Super Sport tires never batted an eye and held up well to aggressive track use. Steering feel is surprisingly analog, and the ‘Vette remains incredibly responsive in this regard. This is an electric power steering rack, but the wheel is the right amount of heavy to suit the car’s overall personality. 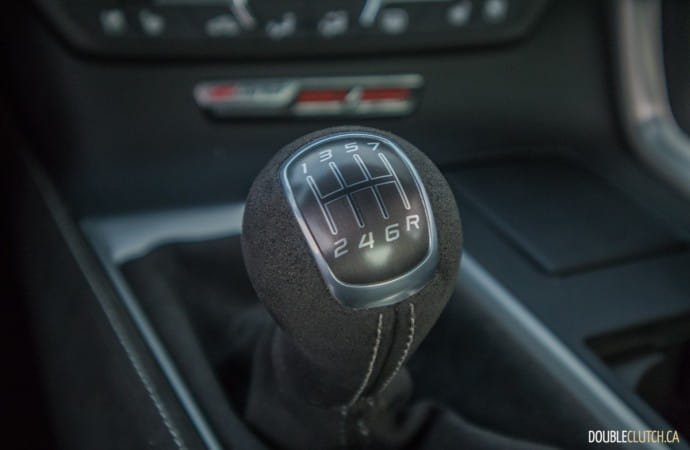 Only helping the Z06’s vulturine personality is the Magnetic Ride Control, which keeps the car hunkered down to the track and responds to driver inputs in the best way possible. General Motors’ adaptive dampers remain up there with the best performance suspension systems available from the factory. We’ve experienced C7 Corvettes on the street as well, and ride quality is complaint and uncompromised when touring.

One feature that has been controversial has been the automatic rev matching on downshifts, toggled via what would be the paddle shifters on an automatic model. Driving this car aggressively in a track setting, the system’s benefits come to light, pulling off perfect rev-matched downshifts. This means the driver can focus on the track and specific inputs, rather than blipping the throttle or worrying about heel-toe action. Being a purist, I still enjoy matching my own downshifts on the street, but the advantage in a competitive setting is undeniable. 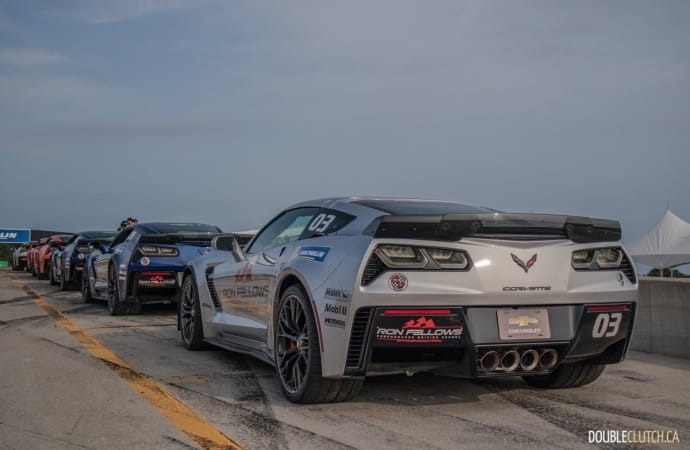 The 2019 Chevrolet Corvette Z06 isn’t exactly a bargain, but considering what the performance numbers offer when compared to the competition, it starts to become one. With a base price just over $93,000, I was able to configure one ideally spec’d for under $110,000. A comparably capable Porsche 911 can easily double that, and “real” supercars like the McLaren 570S start well north of $200,000. The Z06 is a track day missile, and if the driver has the skill to match it, can reward in many types of weekend motorsport. 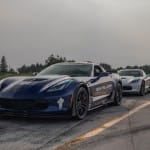 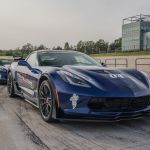 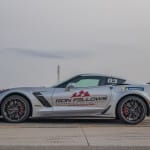 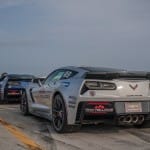 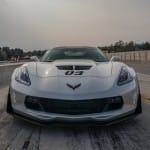 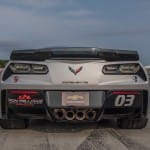 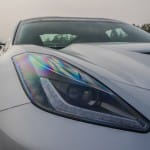 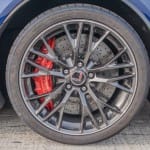 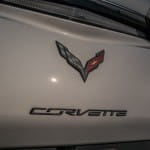 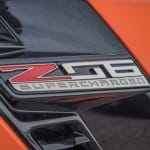 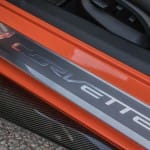 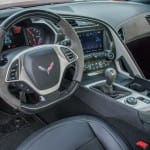 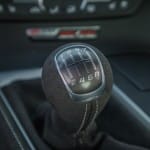 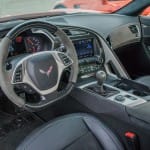 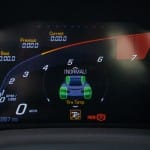 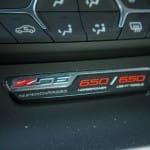 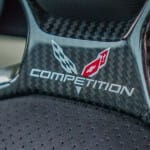