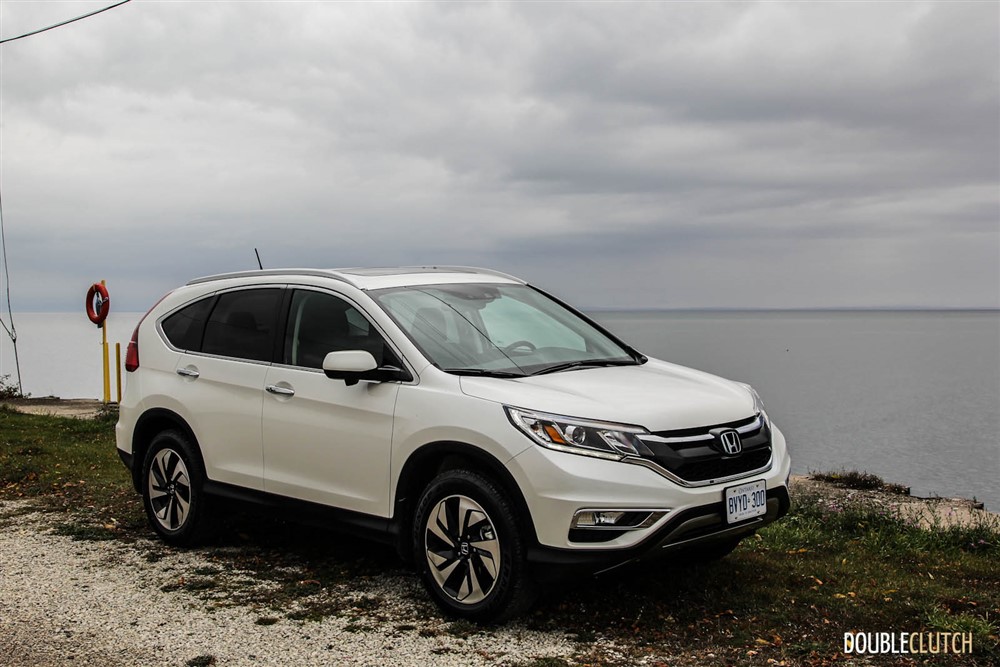 A popular crossover gets a refresh |

There’s no playing catch up as it relates to features on the new 2015 Honda CR-V.

Blue Mountain, ON – We first saw the Honda CR-V as a Civic-based compact SUV introduced for model year 1997. Considering the Isuzu Rodeo-sourced Passport was never sold here, the CR-V was Honda Canada’s first step into the ever-growing SUV market. Since then, the CR-V has ventured a bit from its roots and become a little bit softer and mainstream consumer-friendly. We recently drove the 2014 model and rather liked it, but felt there are some slightly better options in the segment. That certainly was the case until Honda invited us to Blue Mountain, Ontario to sample the new 2015 Honda CR-V and see what it has to offer. 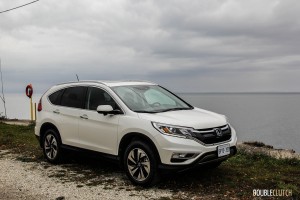 Though not a full redesign, the CR-V has been given a mid-cycle refresh to give it some added pizzazz and keep up with the rest of its class. After all, the compact SUV/CUV segment is one of the fastest growing vehicle segments out there. Honda claims that the ACE (Advanced Compatibility Engineering) body structure has been refreshed with over 60 modifications to help maximize structural rigidity as well as safety in the event of a collision. Other than this, there have been tons and tons of other improvements around the SUV that may not be visible at first glance.

Honda’s aging 2.4L 4-cylinder engine found in the outgoing model, which was the sole powertrain choice on the CR-V, has now been replaced with a new one. Also bearing a displacement of 2.4L, the new motor is part of the new Earth Dreams series, featuring a forged-steel crankshaft, direct injection, and chain-driven balance shafts that ensure a superbly smooth ride at any speed. The old engine had 185 horsepower and 163 lb-ft of torque. Though the horsepower number has been carried over, torque gets a bump to 181 lb-ft, giving the new CR-V the low-end grunt it so desperately needed. 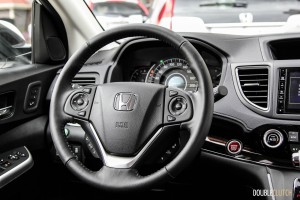 One new feature we all predicted was the implementation of the new transmission. Over the last couple years, both the Civic and the Accord have had their five-speed automatic transmissions replaced with the brilliant new CVT. As such, the 2015 CR-V also gets this transmission, a much more efficient one than the old 5-speed unit. Certain competitors such as the Subaru Forester, the Hyundai Tucson and the Mazda CX-5 offer manual transmissions in base trim models; Honda has chosen not to go this route and the CVT is the only transmission available. Up until very recently, the CVT was something I dreaded every single time I had to drive one. Great new units like Honda’s and Subaru’s are slowly but steadily changing my perception of the concept.

The new engine and transmission certainly work wonders for the little ute. The previous CR-V was decent enough to drive, and most consumers would adore it without so much as a peep of complaint, but I always found it rather bland. This mid-cycle refresh, thanks to its redesigned powertrain, helps liven things up a little bit. It feels livelier, more eager, and less bogged down. Especially when the transmission is kept in the “Sport” setting, the compact ute feels like it’s always in the powerband. Honda has certainly worked on efficiency too; in our brief testing we saw numbers in the 9.3L/100km range, but we’ll report on more accurate real-world numbers when we do a full road test in the coming months. 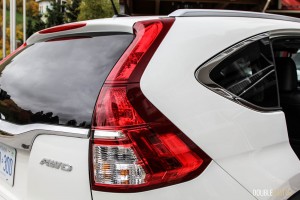 There’s no playing catch up as it relates to features on the new 2015 Honda CR-V. It’s been given toys that were previously only available on brand flagships such as the Acura RLX and MDX, and is definitely miles ahead of its own class. The new car comes with Lane Keeping Assist System (LKAS), Collision Mitigating Braking System (CMBS), and a series of other driver assist technologies that help maintain stability and maximize safety. Also added to the CR-V lineup is Honda’s signature toy, the LaneWatch camera system that displays a view of the passenger side blind spot in the infotainment screen. I first saw it on the 2013 Accord and it has slowly been trickling down into the rest of the lineup.

Starting at $25,990 for the LX 2WD model, the 2015 Honda CR-V is a very affordable SUV for the young family. For 2015, the new SE trim has been added to the CR-V range, bearing features such as all-wheel-drive, HondaLink infotainment suite, 17″ alloy wheels and a series of other enhancements. This basically gives consumers the majority of the electronic gadgets and popular options like privacy glass and a rear-view camera without having to step up to the EX, EX-L, or Touring trim levels. Regardless of trim level choice, the new Honda CR-V is a super versatile, trusted entry to a growing segment in our market. This latest model is definitely going to have competitors scratching their heads wondering what their next move should be. 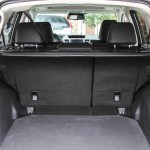 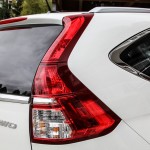 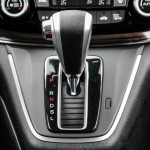 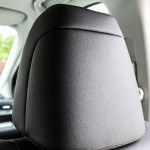 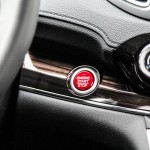 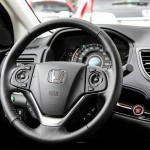 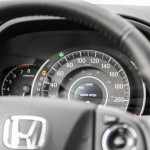 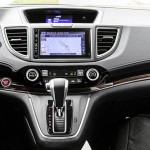 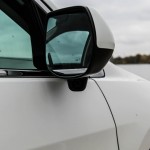 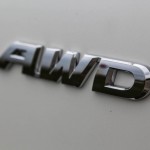 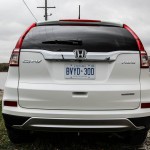 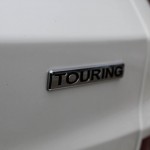 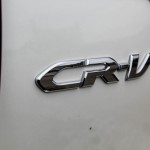 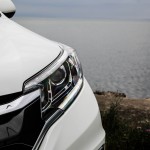 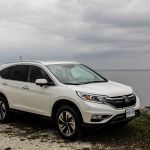 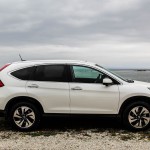