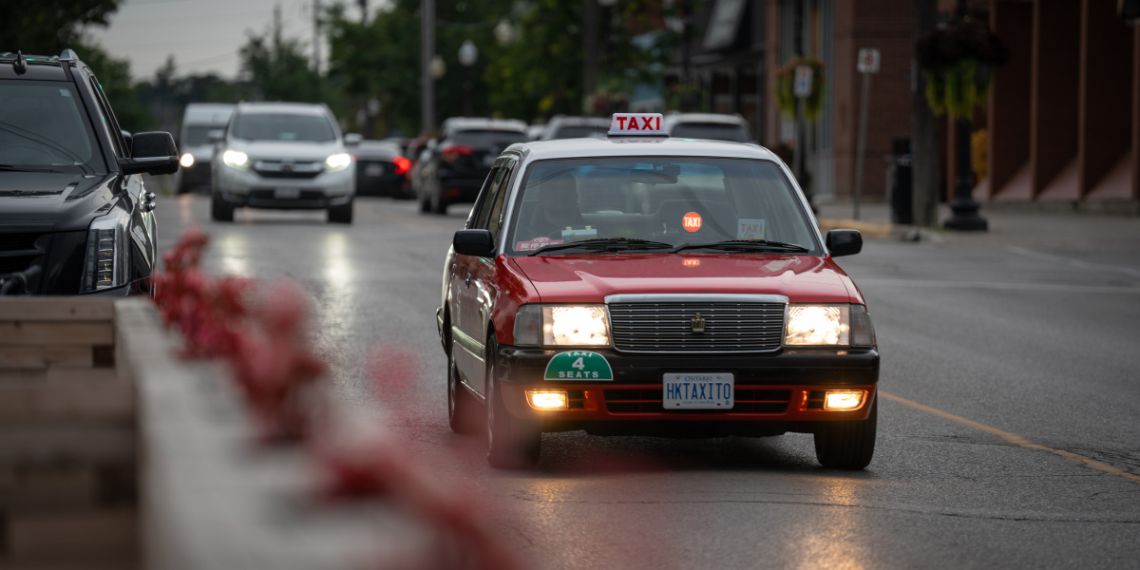 As an automotive journalist, I have the privilege of experiencing all sorts of vehicles. From the latest and greatest to classic icons; from soulless crossovers to cars that are quite frankly my own personal childhood heroes. However, of the hundreds of cars I have sampled, this one stood out — a 1997 Toyota Crown Comfort, brought over from home.

As I stood, waiting for this bright red Toyota to appear over the horizon, I felt something. While this Crown Comfort might be considered obscure in Canada, it is actually one of the most common vehicles found in Hong Kong — my homeland — serving as the region’s official taxi. The simple thought of reuniting with this old, faithful friend on my new home turf had me moved in ways I never expected. 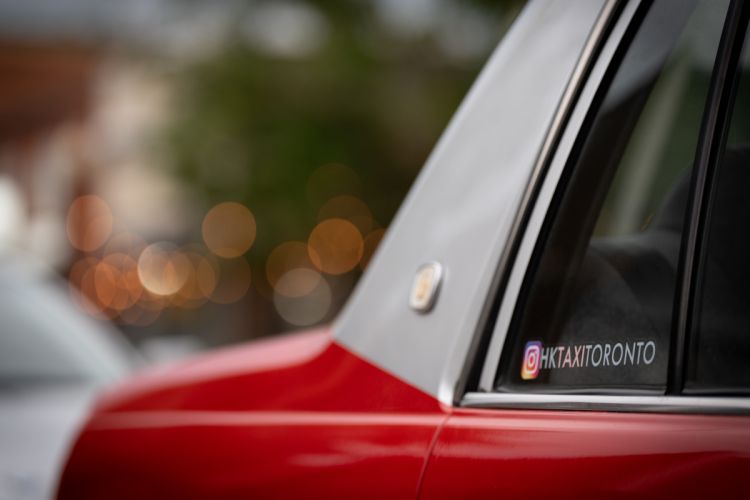 I first noticed this replica Hong Kong taxi (a.k.a. @hktaxitoronto all over social media) in a local Facebook group, parked outside one of my favourite Hong Kong-style cafés here in my current hometown of Markham, Ontario. I instantly knew I wanted to write about this ordinary right-hand-drive sedan from Japan based on the feeling of familiarity alone, but I had no idea what I was getting myself into — this turned out to be a story about how this make-believe taxi from Asia became a symbol of comfort in a tight-knit community 12,000 kilometres away from home, and how it touched the lives of thousands of expatriates like it along the way.

This particular Crown Comfort had started life in Japan as a taxi and was brought to North America after retirement, to be used as a prop in Pacific Rim. It had already been repainted in a red-and-silver livery for the movie; its current owner, Alan Wu, spent an incredible amount of time and effort to ensuring this looks just like the copies roaming the streets of Hong Kong. I asked him why he did not just import a retired taxi from Hong Kong; Wu simply said the cars he had checked were all too worn-out to be worth it, which should speak volume about his pursuit for perfection. 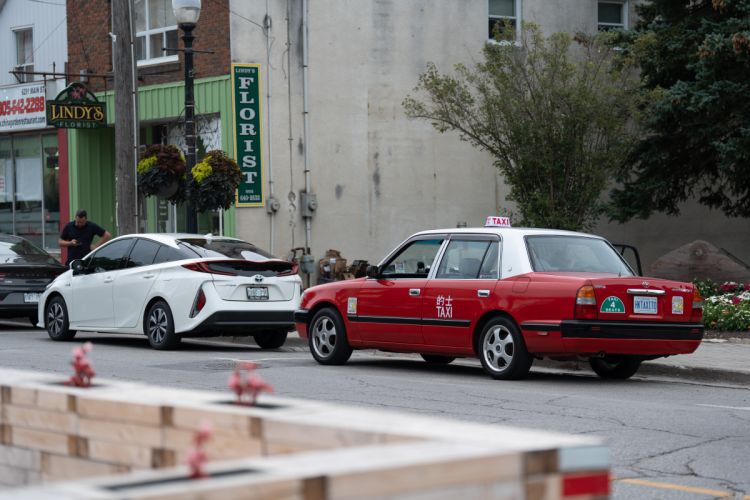 It would come as a surprise to know, given Wu’s passion for Hong Kong culture and his fluency in Cantonese, that he has never actually lived permanently in Hong Kong. The real estate broker of Chinese, Irish, and French-Canadian descent grew up locally in Toronto’s Chinatown neighbourhood and has long admired the vibrant Hong Kong culture as a result of the movies and television shows that popped up here in North America starting in the 1980s. Wu became a regular visitor in Hong Kong after his teenage years, so he thought recreating a Hong Kong taxi would be a fun hobby. Like this story, that too turned into something way more rewarding than he expected.

Onto the car itself. I grew up in Hong Kong and spent many hours in the taxis. This replica is every bit as authentic as the original. The paint scheme is identical to the real deal. The props — such as the functional TAXI lightbox on the roof, the lighted flip-up sign on the dashboard, the fare meter, the yellow rule decals, and even the no-smoking signs — were all real parts that would be used in a Hong Kong taxi.

Moreover, Wu went the distance to add a few more details around the cabin, appealing to the truest connoisseurs of Hong Kong culture. There are the ‘Good Morning’ towels, a feather duster, and red, white, and blue nylon tote bags — all consumer staples from Hong Kong that immediately bring back memories to those who lived there before Y2K. And the Vita Soy milk bottle and Old Master Q comics inside the cabin? That is the equivalent of you spotting a red Tim Hortons cup alongside an Archie comic book while travelling abroad.

Taxis in Hong Kong, along with many parts of Asia, run on liquid propane gas (LPG) instead of gasoline. Therefore, to ensure this Crown Comfort is an authentic representation, the Toyota 1G-GPE engine does in fact run on LPG, even if it meant Wu dealing with additional hassles, like around route planning for road trips. Currently, there are 90 LPG fueling stations in Ontario, versus 3,547 gas stations and 1,700  electric vehicle charging stations across the province.

The Crown Comfort is rated at 108 horsepower, which is obviously inadequate to push this 2,932-pound sedan here on our long, straight Canadian highways, but it is enough to get around the narrow and often congested roads in Hong Kong. The benefit for using LPG is lower running costs — Wu says about $55 fills up a tank these days, working out to about 37 litres of regular-grade gasoline at $1.50 per litre, and roughly converting to 8.2 L/100 km when you factor in its 450-kilometre drive range.

Riding in this replica Hong Kong taxi was a special trip down memory lane. I was so mesmerized by my surroundings that I forgot about car-reviewing basics such as noise, vibrations, and harshness. The entire time, I just took it all in — the sight, the sounds, the moving parts, right down to the smell that reminded me of how I felt as a kid in the big city, getting a special treat to ride in a taxi instead of a bus or a train. The funny thing here is that even the back seat felt every bit as spacious for my five-foot-11 frame as it did when I was in the third grade. I found myself doing the same happy dance, bobbing my head left and right, hands tucked below my thighs, and legs flailing in air — just like old times. 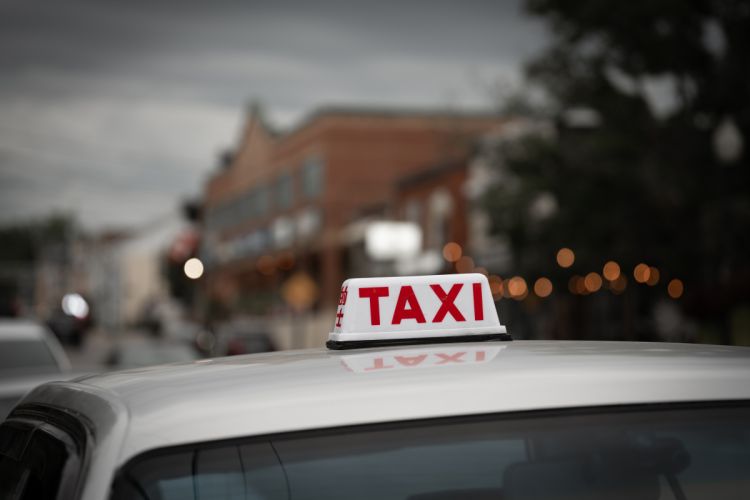 I started following this replica taxi’s journey in my community through various social media outlets after meeting Wu. I saw the way it manages to unite and inspire people through pop-ups at street festivals, car meets, community events, and most respectfully, senior homes. That is when I realized this little Toyota taxi cab is way more than just a skin-deep representation of the Hong Kong culture.

This 1997 Toyota Crown Comfort is a piece of home to those who had come from the land known as the ‘Pearl of the Orient’, a motivation to those wanting to support Hong Kong, and a rolling educational piece to those unfamiliar. It also serves to provide a sense of comfort to those feeling displaced or homesick here in the Great White North — just look at the ear-to-ear smiles on the residents at the Mon Sheong Long-Term Care Centre, and you will recognize its ultimate noble goal.