by Arthur Chiang
in Luxury, Reviews
0 0 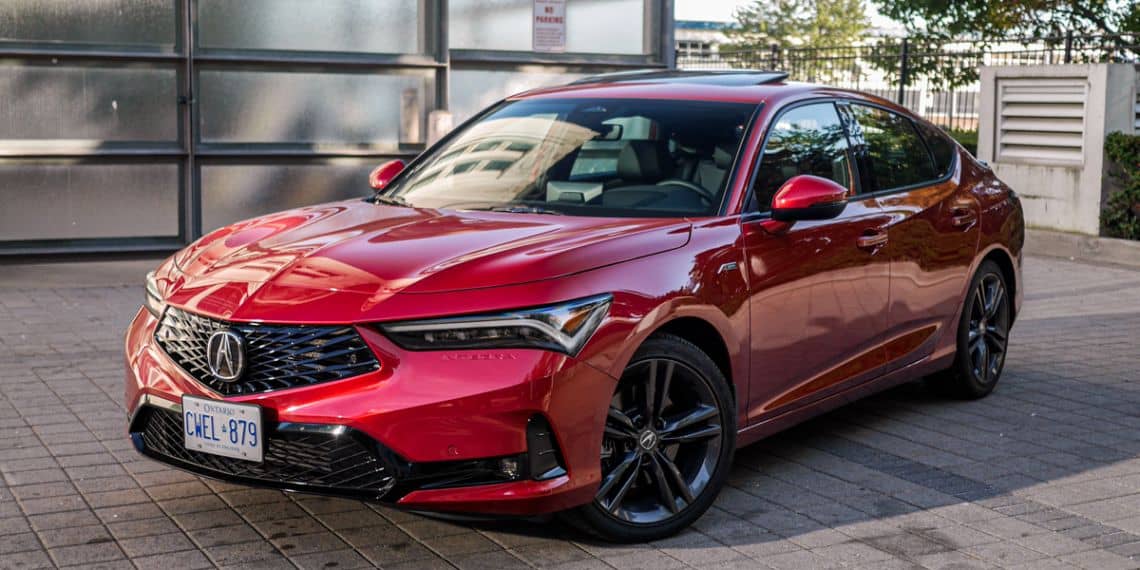 Toyota Supra. Nissan Z. Acura NSX. The legends from the past have returned for one final send off at the end of the internal combustion engine. When word got out that Acura was bringing back the Integra, enthusiasts around the world were understandably excited. Examples of the legendary Acura Integra Type R – perhaps the greatest front-drive car ever made, are fetching over six figures at auctions. Acura’s marketing machine went to work teasing a new car while evoking sound and imagery from generations past. We took a look at the all-new 2022 Acura Integra Elite A-Spec to see if they got it right.

As we saw in the teasers, individual parts of the Integra’s design are quite striking, but as a cohesive whole it’s not quite as successful as we’d hoped. “Integra” logos are embossed on the bumpers just as it was on the iconic third-generation DC2 model. From the front the Integra really sets itself apart from the Civic it shares its bones with, and looks like a mini TLX with the diamond shaped front grill and sculpted hood. The rear end with liftback styling harking back to the original also makes a good impression. 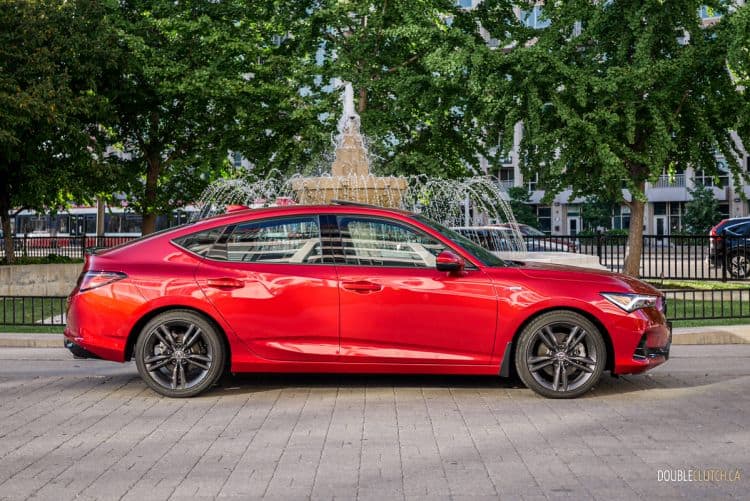 The profile is where the design falls a bit short with some awkward proportions – the tall roof line, long wheelbase, extended hatch and wheels that look too small for the body remind us a bit too much of the Honda Crosstour. A-Spec models level up the wheel and tire package from 215/50/17 to 235/40/18, adding a trunk lip spoiler and the signature jewel eye LED headlights with chicane shaped lights. With the realities of modern design and manufacturing such as they are we will probably never see a two-door coupe version which is a real shame.

As was the case for the 11th-generation Civic, the interior is a very nice place to be. Though the ergonomics are the same, Acura has opted for a more traditional symmetrical dashboard layout. We actually prefer the bolder asymmetry of the Civic but that may be down to personal preferences. Though the Acura uses less Piano Black plastic overall, it is now used to engulf the high touch point area around the shifter which is not ideal. 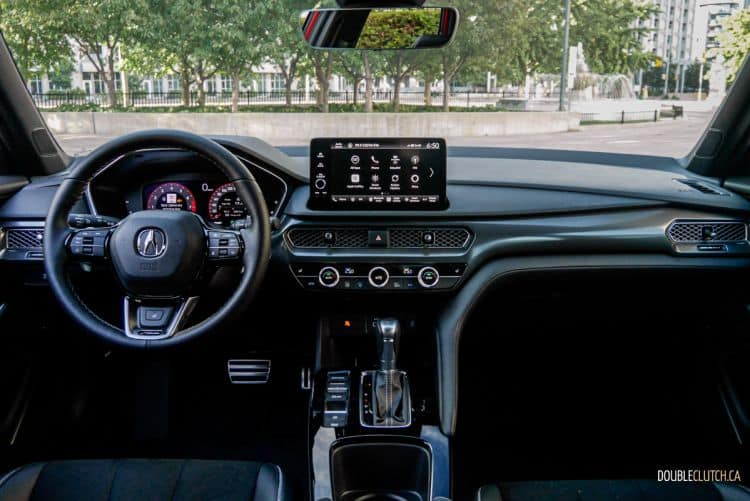 A-Spec models add heated front seats and heated steering wheel, along with metal sports pedals. Step up to the Elite A-Spec and you get power adjustable front seats, and heated rear seats. The front seats add a synthetic ultrasuede insert, which look great especially in red but they don’t breathe very well, making us wish for seat ventilation.

The base and A-Spec come with an eight-speaker audio system with wired Apple CarPlay and Android Auto. The Elite A-Spec gets the ELS Studio 3D audio system with 16 surround speakers including two overhead speakers and a subwoofer, as well as wireless Apple CarPlay and Android Auto. A nine-inch touchscreen display with integrated volume knob and hard buttons sits atop the dash as found in the Civic. Acura’s interface uses a monochrome scheme which does look more premium than the Honda system. 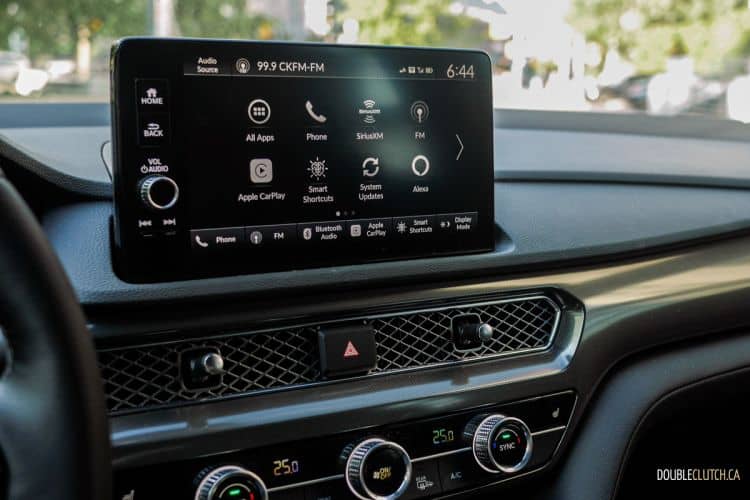 Standard on all Integras is the Integrated Dynamic System (IDS) with Comfort, Normal and Sport modes. Throttle response, transmission mapping, steering weight, and gauges all change accordingly. With the Elite A-spec an Individual Mode is added which allows drivers full control over these settings as well as adaptive dampers and in-cabin engine noise piped through the audio system.

Pop the hood and you’ll find the 1.5-liter turbocharged inline-four from the Civic Si, pushing out 200 horsepower at 6,000RPM and 195 lb-ft. at 1,800. Credit to the engineers at Acura for bucking the trend and not covering it all up with a plastic engine cover. The engine delivers smooth torque down low but it runs out of steam in the higher end of the range. This is opposite to Integras of the past and disappointing given the premium pricing and comparing to rival 2.0-liter turbos at this price point (VW Golf R, Subaru WRX, and Hyundai Elantra N). 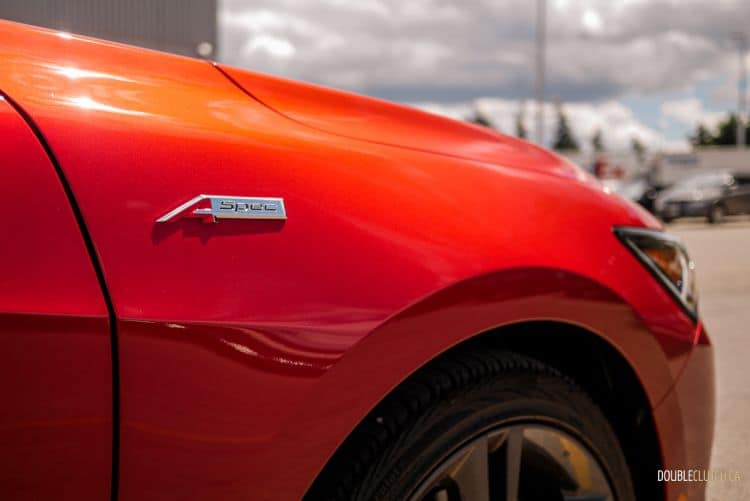 The turbocharged four-cylinder is a winner when it comes to fuel economy. Acura rates the CVT equipped Elite A-Spec at 8.1L/100km city, 6.5L/100km highway and 7.4L/100km combined. In our testing of mixed use driving we achieved 7.9L/100km, a welcome figure in today’s fuel cost economy. The Integra will run on 87 octane, though 91 is recommended for optimal performance.

For Elite A-Spec buyers that don’t choose the manual transmission with a limited slip differential, the CVT equipped doesn’t get in the way, doing an admirable job of simulating going through gears. It is a disappointment that the manual is only available in the top level trim, which keeps a budget friendly enthusiast option off the table. 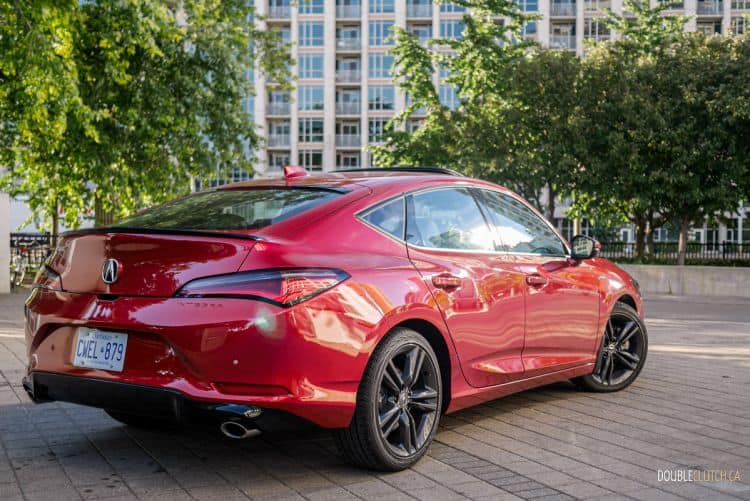 The adaptive dampers exclusive to the Elite A-Spec provide good ride quality in all modes – even in Sport mode the ride never felt harsh. The car feels flat and composed in the corners in Sport, with quick steering and a tight turning circle, we enjoyed the handling dynamics though it’s hard to say if there is a massive improvement over the standard dampers found in the base Integra and Civic lineup.

The 2022 Acura Integra Elite A-Spec is priced at $42,500 but only when painted silver. Any other color available including the admittedly handsome Performance Red Pearl of our tester adds $500. At this price we have to ask how the Elite A-Spec stacks up against direct comparisons to the Honda Civic it’s based on – for the manual the Civic Si at $33,750, and $35,650 for CVT the Civic Hatch Sport Touring and its full leather interior. 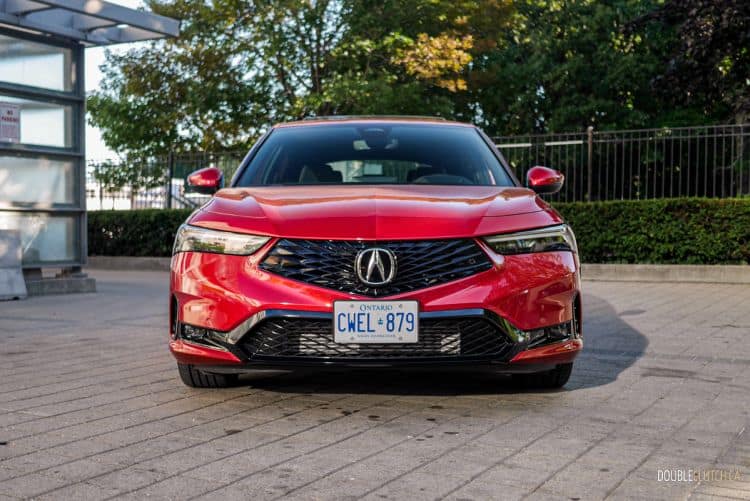 The truth is the 11th-gen Civic sets the bar so high it’s difficult for the Integra to reach the next step. The cars all have quiet cabins, a full suite of active driver assists, the same clusters, pedals and steering wheels. Cargo room in the Integra is actually a bit less than that of the Civic Hatchback, the Bose audio system in the Civic fares well against the ELS system and the Si engine just doesn’t feel enough of a power bump to power a premium product.

As an entry level introduction to the Acura brand the 2022 Acura Integra Elite A-Spec is a fantastic car. Buyers will have to decide if the Acura’s exterior, adaptive dampers and ultrasuede power seating do enough versus the Civic – for us it does not. Hopefully as supply chains improve, Acura can add the manual option to lower trim levels, and we’d really like to see a Civic Type R power plant find its way into an Integra Type S, signaling to enthusiasts that the Integra is truly back.