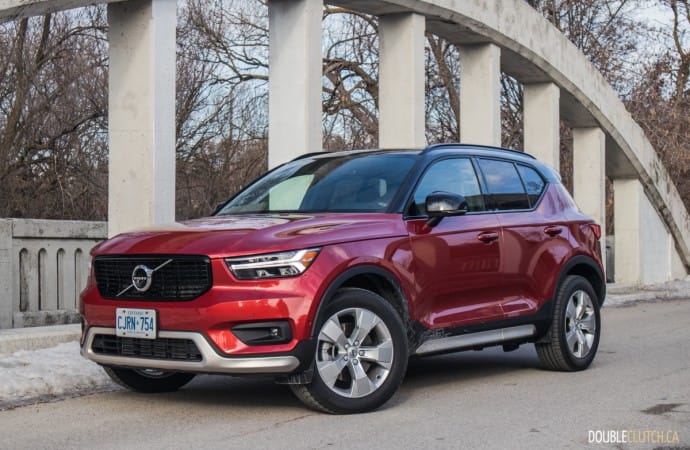 The R-Design’s fixed sport suspension rides much firmer than the standard model.

The subcompact crossover class is one that has risen out of thin air, and has expanded exponentially over the past few years. The problem is, while every major luxury automaker is offering a pint-sized crossover, not that many of them are necessarily very good. The one that continues to stand out from the mold hails from the Scandinavians, the Volvo XC40. Volvo’s smallest entry into the North American market offers elegant styling, great safety integration, and the latest technology. Best of all, it’s practical enough for a growing family. We jumped into a 2020 Volvo XC40 T5 R-Design to see how the sportiest variant fares. 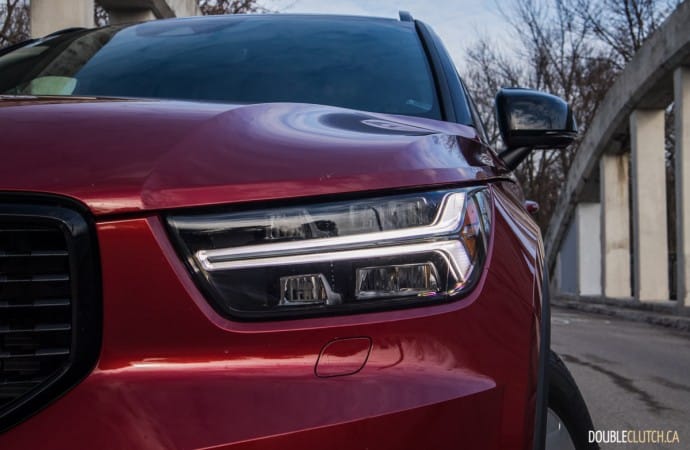 When compared to the BMW X1 (reviewed here), Audi Q3 and Mercedes-Benz GLA, the Volvo implements more conservative styling that stays true to the brand’s current design language. The XC40 is likely to age better than the more aggressively-styled Germans, and the more traditional two-block design remains appealing even as it begins to age. The R-Design model may not necessarily be my pick here – it’s slightly more cost-efficient to equip a Momentum up to a similar level if you don’t need the larger wheels or other visual bits.

The interior of the XC40 is exactly what the modern crossover buyer wants, and it’s really a surprise that more manufacturers haven’t taken a page out of Volvo’s book. It’s exceptionally well designed, with a 12.3-inch Sensus infotainment system and some of the most comfortable seats in the class. Ergonomics are good, and everything is well within reach of the driver’s fingertips. Rear seat accommodations are among the roomiest in the segment, with plenty of headroom and great visibility with the exception of large C-pillars that create a small blind spot. Clever touches inside include useful storage pockets beside the rear outboard seats and even a grocery bag hook that pops out of the glovebox door; useful for backpacks, purses and more. 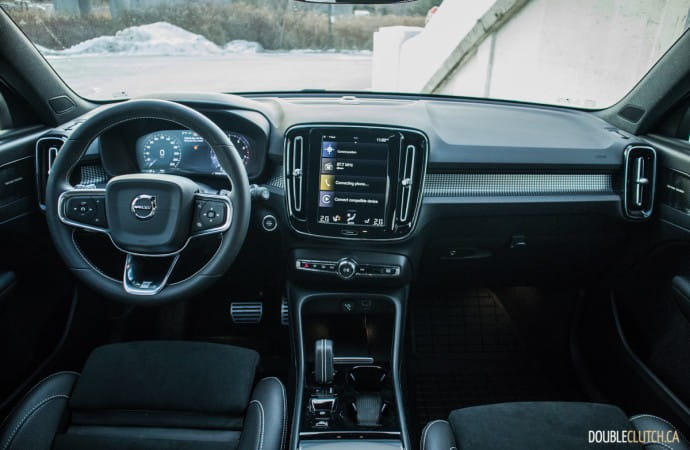 Sensus on its own is a fairly good infotainment system, with decent response and Apple CarPlay support. The problem is that frequently-used controls like the heated seats and steering wheel require the touchscreen, which can take up to two or three minutes to boot up properly in cold winter weather. The large portrait display is great to look at and more user-friendly than the systems in the Mercedes-Benz GLA and Lexus UX.

The only powertrain available in Canadian market XC40s is Volvo’s “T5” engine. A turbocharged inline four-cylinder displacing 2.0-liters, the engine puts out 248 horsepower and 258 lb-ft. of torque. It’s not particularly fast, but provides ample power on the low and mid ranges of the powerband. This four-cylinder sounds a little buzzy, which many might find to be cheapening to the character of a premium crossover. The XC40 has quick reflexes and is genuinely fun to drive around in the city. 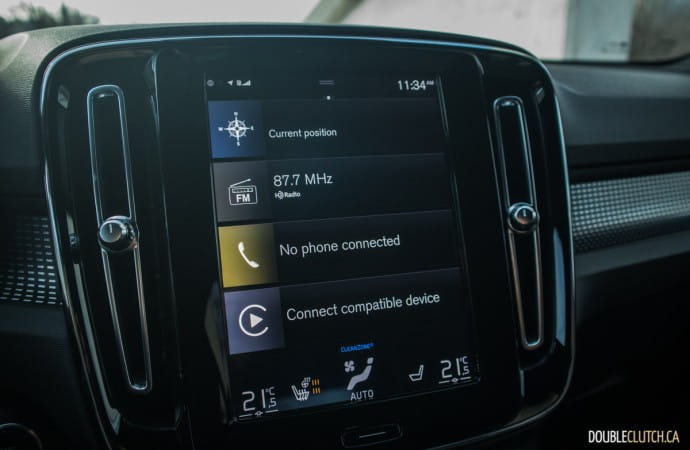 Ride quality is also good and around the top of its class, however it’s worth noting that the R-Design’s fixed sport suspension rides much firmer than the standard model. Even with the smaller winter wheel setup on our test vehicle, the XC40 is stiff. Chassis response and body motions are well controlled and won’t have your passengers complaining, but if you’re really after soft ride, the Acura RDX might be worth a look. The XC40 handles fairly well and while there’s not much in the way of steering feel, it’s direct and goes where pointed.

A drive mode selection switch allows the vehicle to adapt steering weight, throttle response, and transmission shift behaviour between “Eco”, “Dynamic”, “Comfort”, and in the case of our test vehicle, “Polestar Engineered” modes. The Polestar Engineered optimization package bumps horsepower from 248 to 252, and torque from 258 to 295 lb-ft., peaking at 3,000RPM. It’s not a noticeable increase by any means, and suggests a 0.1 second improvement in the 0-100km/h time. In a combined cycle over roughly 450km, we were able to squeeze 9.9L/100km on premium fuel out of the XC40. 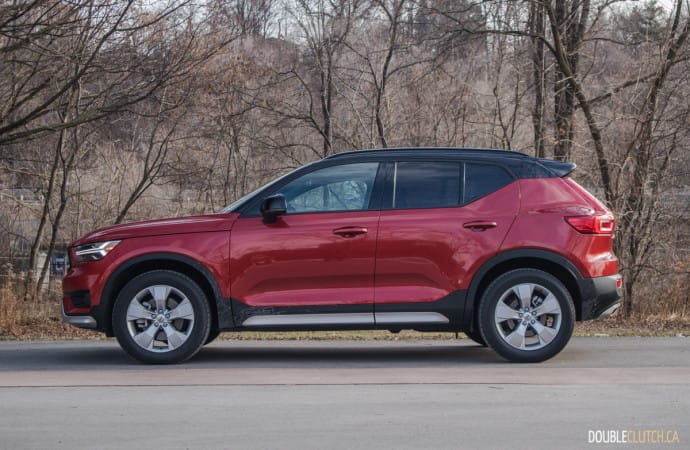 The R-Design model starts at $45,650, up from the base Momentum’s $39,750 starting price. This model adds 19-inch wheels (not pictured – our tester was riding on a winter setup), a unique grille, and sportier styling cues inside. Our Fusion Red test vehicle included the two available packages that are fairly essential, a $1,750 Premium Package (heated steering wheel/rear seats, blind spot information, power tailgate, and a grocery bag holder), and a $2,000 Premium Plus Package (360-degree camera, Pilot Assist, and Park Assist Pilot). Factor in the $1,000 navigation system and you’re at a fully loaded sticker of $51,300 as tested.

Pricing remains competitive for the segment, considering the last BMW X1 we reviewed came to $52,000. Interestingly, the Jaguar E-Pace (reviewed here) starts at $49,500 while similarly sized and powered. Audi’s Q3 starts at $38,900 and ends up similarly priced to the XC40 when optioned up. We would strongly argue that the current subcompact crossover leaders remain the XC40 in any trim, and the dark horse in the Lexus UX 250h. The UX is the only real hybrid in the class and offers a bulletproof powertrain below $50,000. 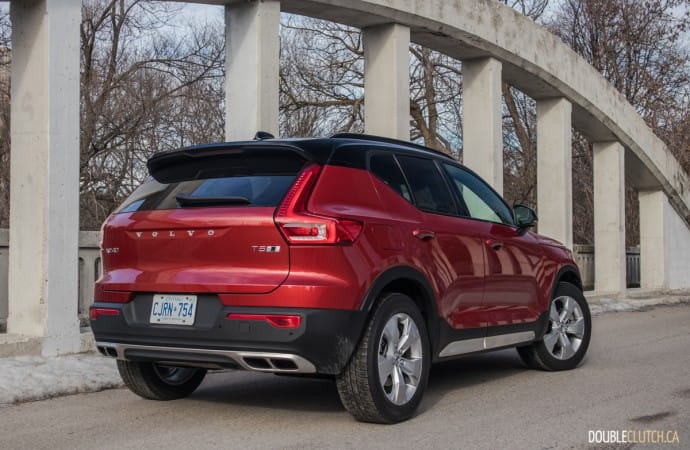 At this price point, there’s yet another wildcard choice previously mentioned that stands out. The Acura RDX (reviewed here) is just as comfortable, a smidge roomier, and feels more refined; though the infotainment system may be a deal breaker. The 2020 Volvo XC40 T5 R-Design is the perfect size for many buyers, and remains one of the most versatile subcompact crossovers around. The pricing could stand to be better rather than making all of the essentials part of larger packages, but other than that, the XC40 is a fantastic choice. 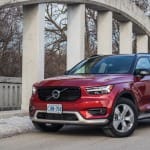 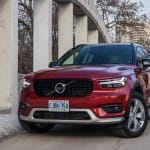 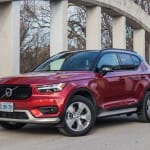 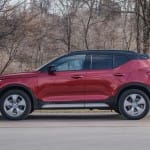 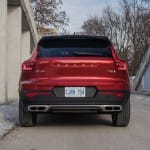 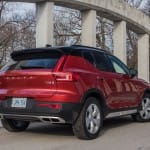 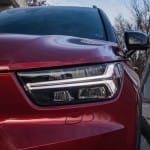 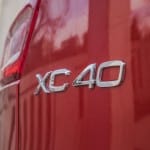 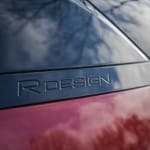 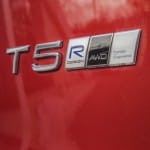 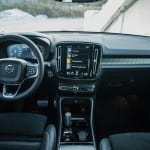 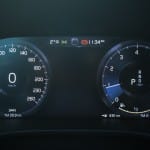 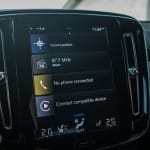 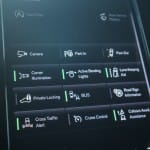 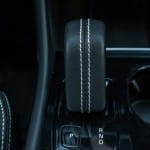 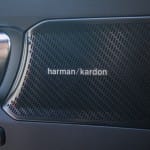 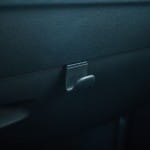 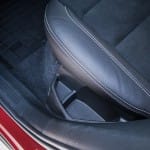 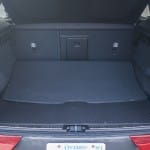