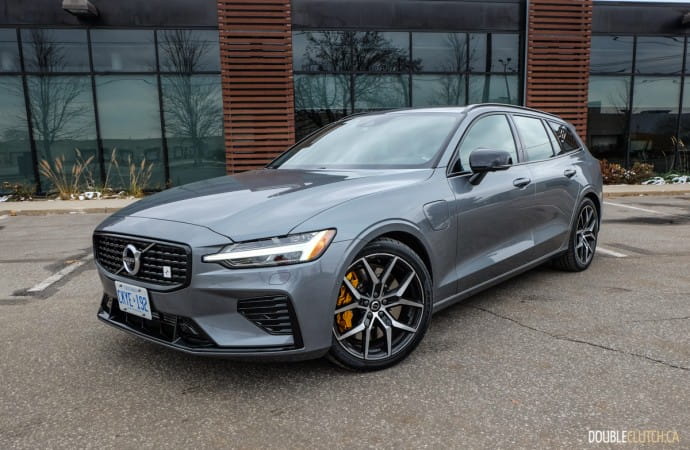 The big sellers in the market right now are SUVs and crossovers.

This week’s tester is quite an eye opener; with a beautifully designed exterior that had people staring at most stop lights and walking by for a second look at the nearby mall or plaza. Who knew that a Volvo would get this much attention when just over two decades ago, people associated the brand with a safe yet boxy design that was about as exciting as watching paint dry.  For those not old enough to remember to see how far the Volvo station wagon has come, Google “1990 Volvo 240 Wagon”. Done? Yup, the evolution is pretty jaw dropping to say the least. It’s almost hard to believe that the 2020 Volvo V60 T8 Polestar Engineered is from the same company! 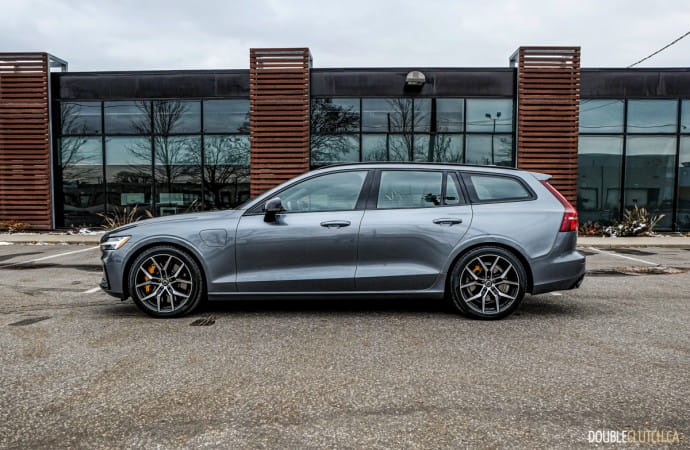 The big sellers in the market right now are SUVs and crossovers. They come in all shapes in sizes and there is nowhere in North America where you won’t see them. Volvo has no less than three currently on the market, but what makes them different from every manufacturer out there is that they almost have one station wagon for every SUV that they sell. This is unheard of in a market where everyone has all but abandoned the traditional long-roof. This Volvo V60 T8 has all of the utility that most small families would ever need and the performance chops to give some of its German counterparts a hard time.

Walking up to the V60 T8, you immediately notice how low and long it is. Hand washing a car this low is a snap, as I did during my test week. With this being the top trim available for the V60, there are differences from the lesser versions out there. All the chrome is now gloss black for a sportier look. The metallic gunmetal paint job is both rich and dark, and splashes of gold are sprinkled inside and out. Massive gold Brembo brake calipers stand out at all four corners behind 19-inch wheels. Gold seatbelts bring some much needed color to the interior. The Thor’s hammer headlights always puts a smile on my face when they light up. Finally, just to remind other drivers that this is something unique, there are white Polestar insignias at the front and rear. 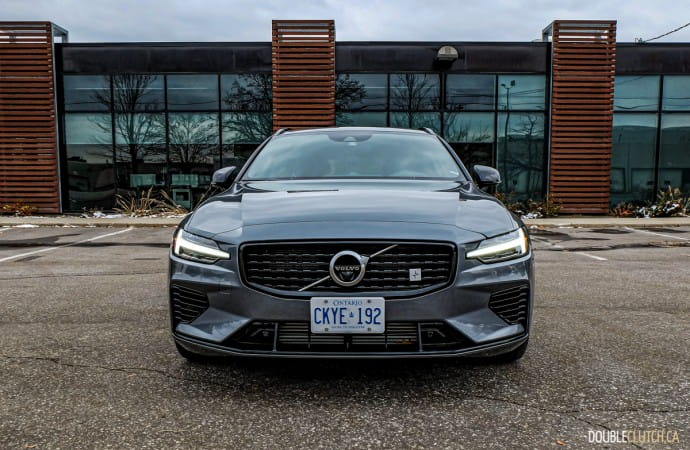 An extra flap on the driver side front fender covers the plug in outlet – yes, this is also a plug-in hybrid.  As a PHEV; the V60 T8 is supposed to get around 45 kilometers out of pure electric range before transitioning into full hybrid mode. With the cold temperatures during our test, use of the heater, heated steering wheel and seats, we observed 26 kilometers before it switched to the combustion engine. The ability to regenerate charge to the battery while driving and hold that charge for when you need it is a fantastic option.

With the aggressive looks comes power in the form of a very unique engine configuration.  There is a 2.0-liter four-cylinder engine under the hood, with a turbocharger and supercharger to give it that extra oomph. With this being the T8 Polestar, add a two-motor hybrid system into the mix and this station wagon has 415 horsepower and 494 lb-ft. of torque. All of this power is going to all four wheels through an eight-speed automatic transmission, meaning 0-100km/h sprints take as little as 4.6 seconds. The transition from the electric motor to the combustion engine is noticeable but not a deal breaker by any means. 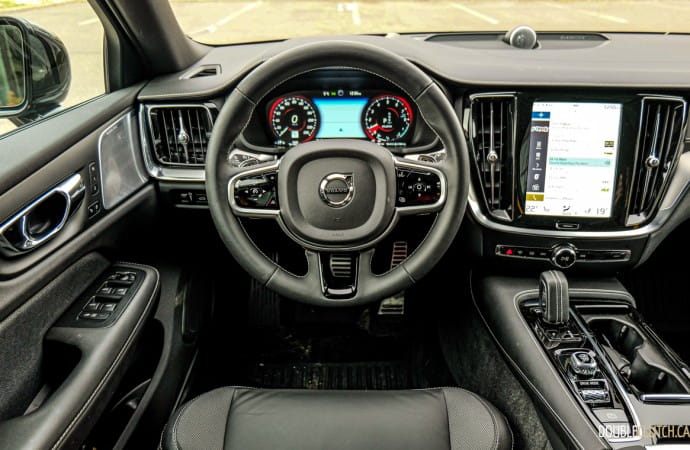 The ride will be stiffer than what the average Volvo driver is used to, with 19-inch wheels on low profile tires. Add the Ohlins manually adjustable dampers, and we have something a bit stiffer, but giving drivers the confidence and handling usually reserved for the Germans. Potential buyers should be reminded that they cannot adjust the suspension settings from within the car.  Propping open the hood and playing with the settings to find the right one is the only option for consumers – this is a performance bonus for the typical client.

While standard issue Volvo, the interior is a mixed bag. The first issue is the lack of storage space up front. The cup holders on the door pockets are awkwardly shaped, so larger water bottles are a no-go.  The centre hump in the second row is massive. Assigning someone to middle seat for a long period of time will genuinely be a punishment. Lastly, the Sensus touchscreen infotainment system can take up to 30 seconds to boot when giving the car its first start of the day. Volvo has updated the processor since its introduction for the 2016 model year, but improvements still need to be made. 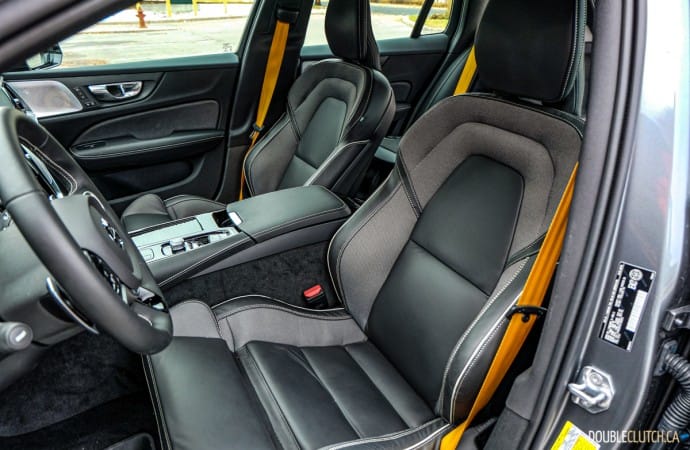 Quality of the materials inside is high all around, and fit and finish is what you would expect in a car at this price point. Everything is controlled by the Sensus system, familiar to most Volvo owners. Upon familiarization, using it is a snap with the plethora of app icons that are available swiping left or right. The Bowers and Wilkins sound system is simply jaw dropping, with 1100-watts through 15 speakers that include an air ventilated subwoofer. During my week with the V60 T8, I found myself just looking for reasons to sit in the car with the sound system on just to hear how some of my favorite songs would sound like. In over 30 years of driving, this was a first!

Space up front fits my six-foot three frame quite easily, but in the second row, those of my height would be strapped for legroom. Storage capacity with the seats up is 529-liters, and with the second row folded down this grows to 1,441-litres. The V60 is loaded with all the latest safety features available. To name a few, this includes Pilot Assist semi-autonomous drive assist, lane keep assist, radar cruise control, pedestrian collision alert and more. As safety has always been the highest priority of the Volvo brand, the V60 is built with Baron high strength steel to protect its occupants when the need arises. 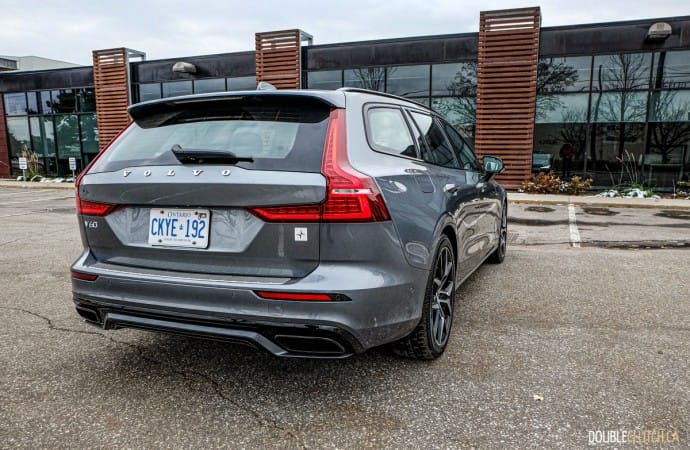 Fuel economy during our test week resulted in 12.7L/100km in a mix of city and highway driving, taking the hybrid system into account but not physically plugging it in at all. Half of this driving was sitting in bumper-to-bumper traffic in cold weather, and theoretically, those with short commutes could get away without ever having to use the combustion engine. This isn’t bad at all for a 415-horsepower station wagon despite the need for 91-octane premium.

Pricing starts at $82,300 for the Polestar Engineered model, and this specific optioned vehicle came in at $89,000.  This is quite a bit of money, but the car goes up against the likes of the Mercedes-AMG E 53. Also, it’s worth noting that this is an exclusive model that needs to be special-ordered through your Volvo retailer. The exclusivity and rarity alone makes the V60 Polestar Engineered special, and that speaks wonders to its character. 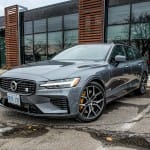 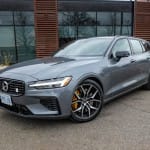 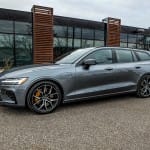 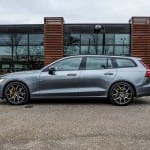 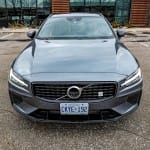 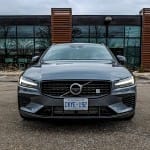 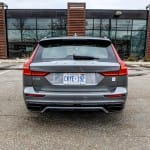 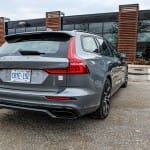 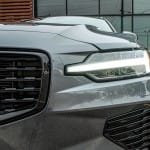 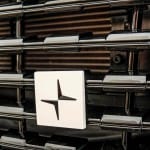 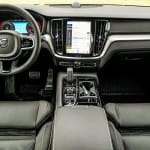 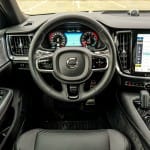 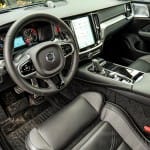 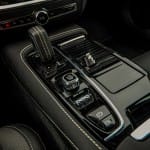 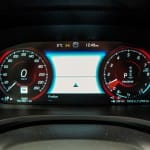 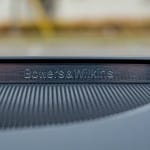 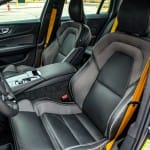 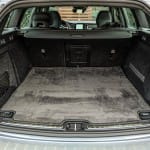