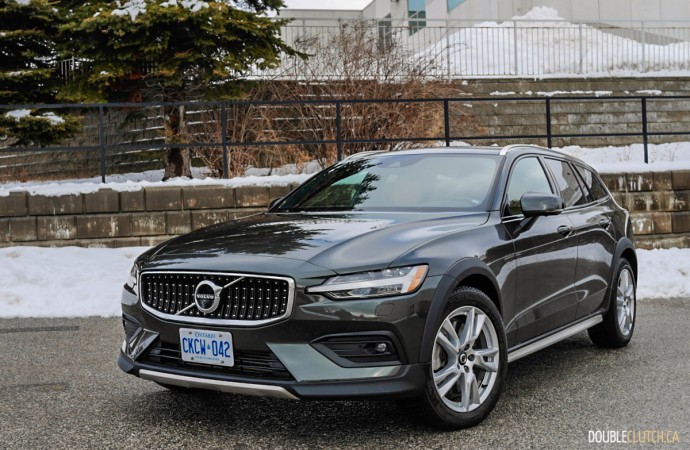 Ground clearance for the V60 Cross Country is up there with plenty of supposed “crossovers”.

Enthusiasts are an interesting breed; they (we) have very specific preferences that are often out of the norm from the typical car buyer. Factors like manual transmissions, a lack of driver assists, and on the other end of the spectrum, station wagons come to mind for the supposed purist. As the rest of the automotive industry moves towards the crossover with its raised ride height and perceived capability, enthusiasts have reverted to near-obsolescence with an obsession with the traditional long-roof. 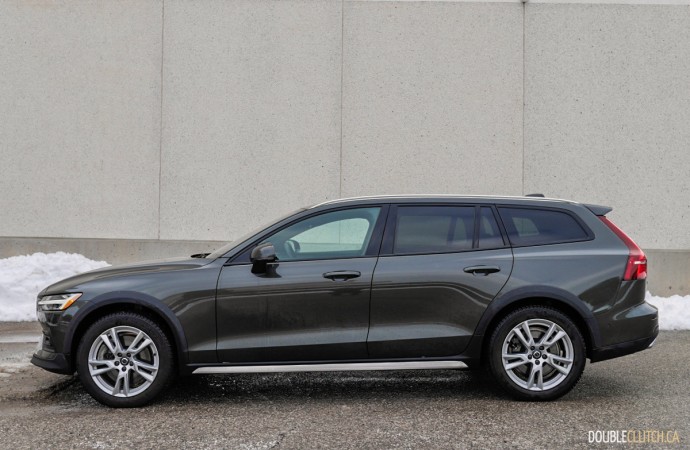 While most of these buyers don’t actually buy new vehicles, instead opting for the used market, cars like the 2020 Volvo V60 Cross Country T5 sell in decent enough numbers for the automaker to justify production. The V60 was completely redesigned in 2018, fitting in decently well with the current crop of premium wagons. For context, current competition comes in the form of the Audi A4 allroad (reviewed here) and if you don’t care much about the slightly raised stance of the Cross Country model tested here, the Mercedes-Benz C-Class Wagon (reviewed here). The only non-premium rival remaining remains the Subaru Outback, which is all-new for 2020.

The “regular” V60 gets two powertrain options including a twin-charged T6, while the Cross Country gets the volume-selling T5 motor. It’s a 2.0-liter inline four-cylinder that’s common across Volvo’s lineup, and the T5 configuration signifies that it’s turbocharged only. This engine offers a reasonable 250 horsepower at 5,500RPM and 258 lb-ft. of torque at 1,500RPM, which is meager compared to the T6’s numbers of 316 and 295, respectively. The motor is a touch grumbly under load, but when settled down at any cruising speeds, the V60 is smooth and quiet. The lack of powertrain refinement is likely the raised Volvo wagon’s only real weakness, because performance is exactly what buyers want. 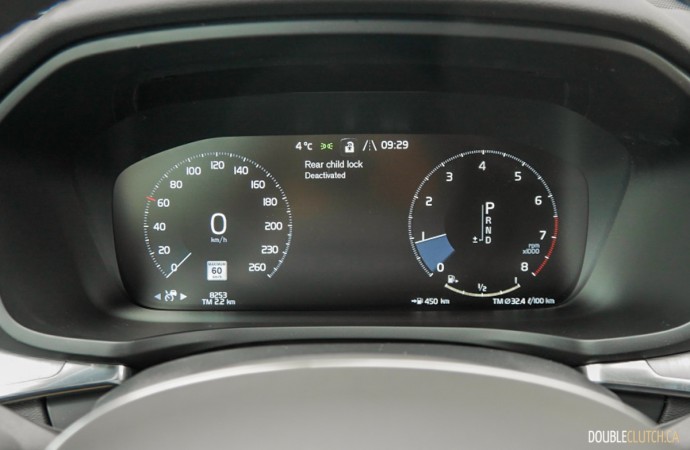 An eight-speed automatic is well-suited to the wagon, and like the 2.0-liter motor, does the job just fine. Unique to the Cross Country model is a hill descent system, as well as an “Off-Road” setting within the drive mode selector, which will optimize engine and transmission response should you choose to take your urban battle-wagon off the pavement. A tune by Polestar adds a “Polestar Engineered” mode as well, which adds some well-deserved low-end grunt and minimizes turbo lag off the line. It doesn’t do much more than a single-digit boost to horsepower and torque, but it’s a nifty touch that’s nice to see implemented.

Ground clearance for the V60 Cross Country is up there with plenty of supposed “crossovers” out there, at a very versatile 8.3-inches. Additionally, the Scalable Product Architecture (SPA) chassis that underpins this and many other Volvo cars has been extended on this model using a track extended adding 1.2 inches of width over the regular V60. Ride quality really is good; this wagon exhibits a more car-like personality over its XC60 (reviewed here) sibling. There’s no need for a fancy air suspension here, because the V60 Cross Country is composed and exceptionally sorted in both city and highway driving. 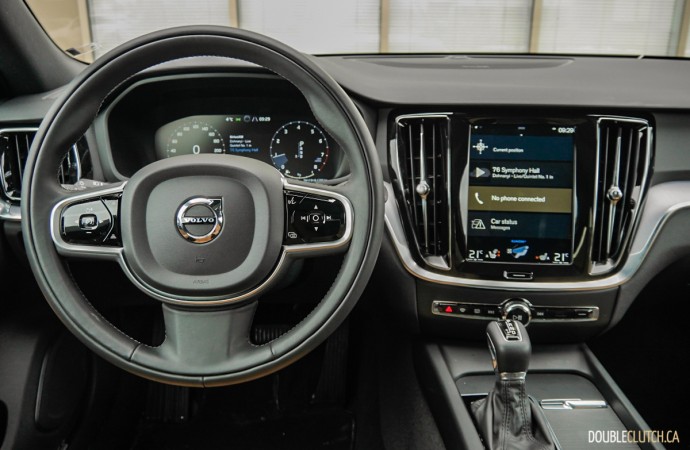 The current crop of Volvos began with the 2016 XC90, which led the industry with regards to interior design. They’re aging incredibly well and are still relevant, however the latest cabins from Mercedes-Benz are quickly becoming the new gold standard. Even still, the V60 Cross Country’s interior is a wonderful place to spend time, with a bright, airy cabin thanks to the panoramic sunroof complemented nicely by the Amber leather interior. As expected, the seats are superbly comfortable, though could benefit from extendable thigh support as seen elsewhere in Volvo’s lineup. Rear accommodations are comfortable as well, and should you really need more space, Volvo will sell you the larger V90 (reviewed here) or V90 Cross Country.

Both the front and rear seats are heated, along with the steering wheel – the latter two are part of a $1,250 Climate Package. Practicality is at an all-time high here, with capacity for 658-liters behind the rear seats that grows to 1,441-liters if they’re folded down. The cargo cover is adjustable and can slide upwards to increase space, and a small divider can lift out of the cargo floor to reveal nifty hooks for grocery bags or other smaller items. Ergonomics are fine too, though some controls such as the aforementioned heated seats require digging into the main infotainment system. 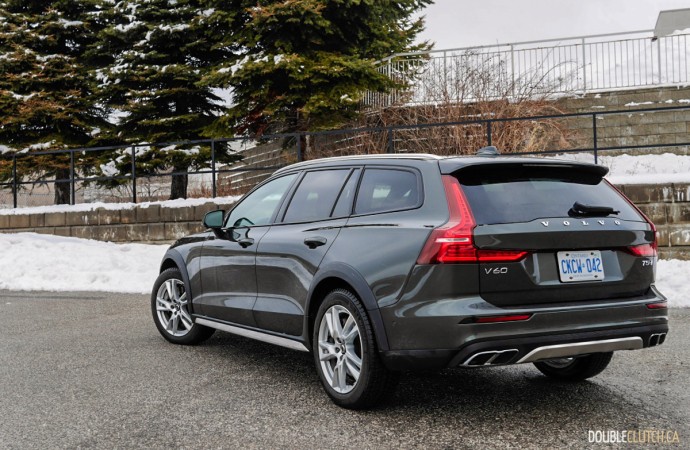 All connectivity is taken care of using the nine-inch touchscreen housing the Sensus infotainment system. It offers Apple CarPlay, which takes up the bottom half of the screen, and also has all climate controls and vehicle settings built into it. Sensus is reasonably responsive, but can be slow to boot up, especially in cold weather. The digital instrument cluster is also very nice to look at, though could use from some more configurability. Volvo’s Pilot Assist semi-autonomous active safety suite is on board here as well, and works very well in traffic situations.

The base MSRP for the V60 Cross Country is $48,900, though our test vehicle was totally loaded. Starting with the Pine Grey Metallic paint ($900) and Amber leather ($1,100), our test vehicle had the four major packages available. Each of these packages adds at least one essential item, therefore most buyers will want to load their vehicle up significantly. Standalone options equipped include a Harman Kardon sound system for $1,200, bringing the total cost to just over $60,000. It’s not cheap, but it’s substantially less than a similarly-equipped Mercedes-AMG C 43 Wagon that offers more performance, but is otherwise similarly equipped. 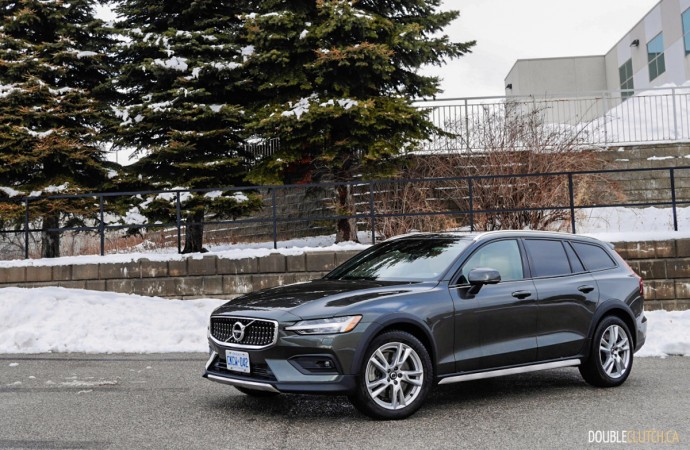 Crossovers have quickly become the new minivan, with so many new examples being introduced each year that they start to blend together. If you’re hell-bent on staying away from the norm and want something traditional yet different, the 2020 Volvo V60 Cross Country T5 is an exceptional choice. With observed efficiency of 10.5L/100km in combined driving, incredible comfort and uncompromised safety, a Volvo is never a poor pick. In fact, this just might be the best soft-roader currently available. 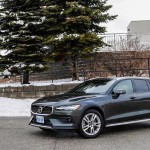 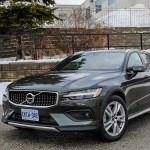 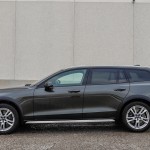 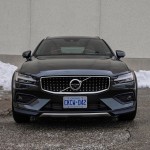 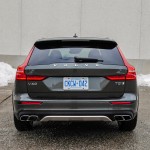 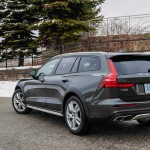 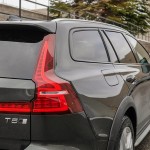 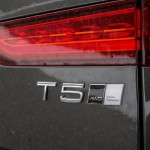 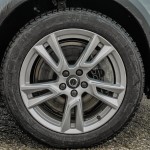 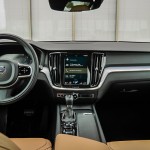 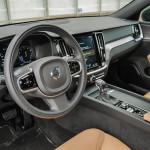 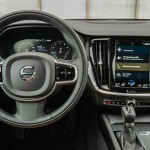 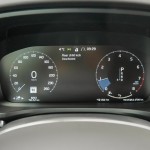 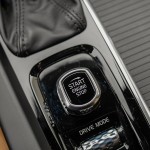 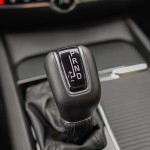 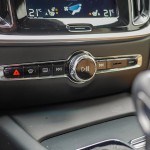 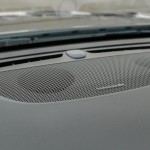 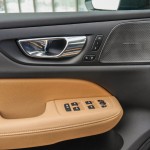 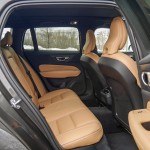 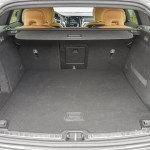