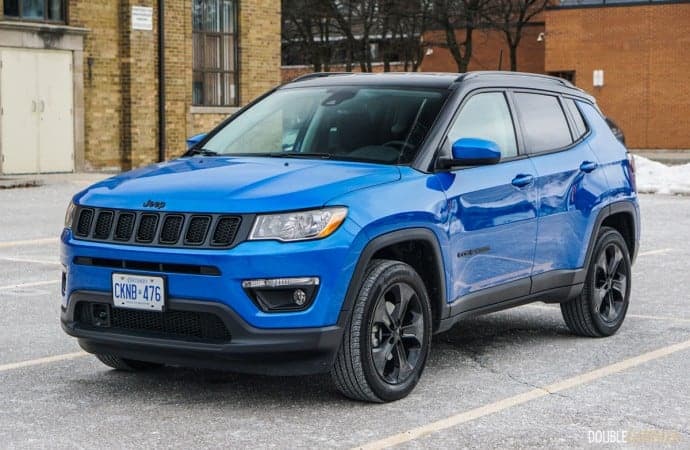 While the Jeep Compass has been around for well over a decade now, it has made leaps and bounds in terms of overall improvement. First introduced alongside the now-defunct Patriot, Jeep’s compact crossover now slots into the lineup between the Renegade and Cherokee. For this year, subtle updates to the Compass include ventilated seats, some new tech, and modifications to the sound system. They’re minor, but help the 2020 Jeep Compass Altitude 4×4 remain relevant to Canadian buyers. 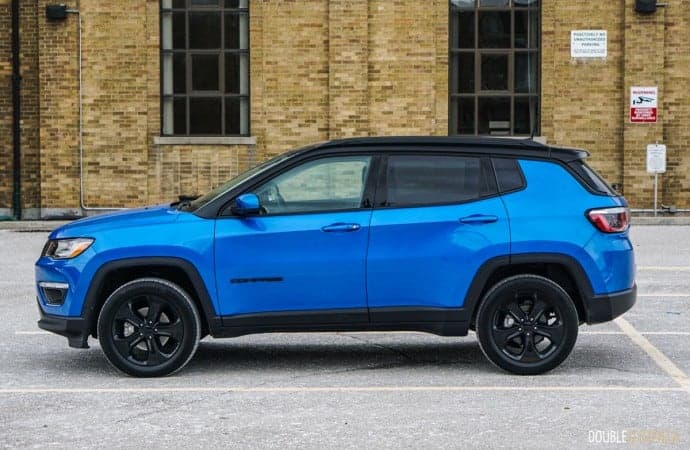 The most confusion we encountered with our readers and followers during our week with the Compass was in regards to where it fits into the market. As it stands, this offering competes with the likes of the popular Honda HR-V (reviewed here), Subaru Crosstrek, Ford EcoSport, et al. The Compass prides itself on its aggressive styling and the outdoorsy reputation of the Jeep brand. It really is a good looking thing, and the Laser Blue Pearl paint job on our test vehicle (an extra $100) causes it to pop nicely in the sea of beige crossovers at the local Costco. The seven-slat grille is an unmistakable Jeep feature and garners positive attention as well. While other manufacturers are creating bland and uninspired crossovers, it’s great to see Jeep coming in strong with entries like this one.

The 2.4-liter inline four-cylinder that Jeep calls the “MultiAir” offers 180 horsepower at 6,400RPM and 175 lb-ft. of torque at 3,900RPM. The horsepower numbers are above average for the segment, but the Compass doesn’t feel fast by any means. It’s a bit sluggish when asked to stretch its legs, but in most environments, this four is just fine. In fact, the Compass is far more competent in its driving dynamics than the new Cherokee powered by the 2.0-liter turbo-four. The nine-speed automatic is acceptable as well, and has been improved dramatically since its original iteration in 2013. 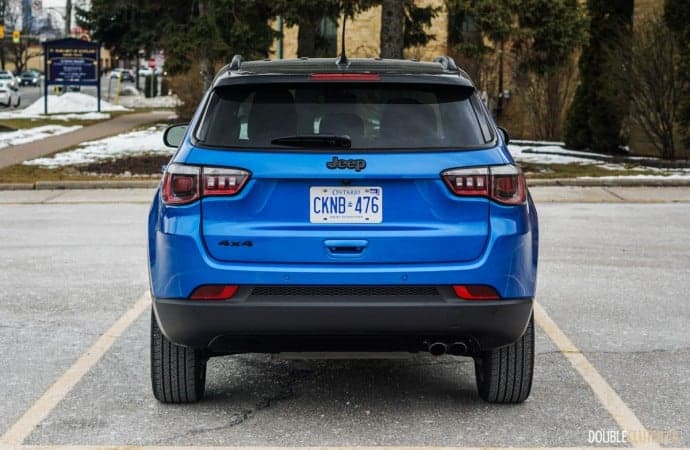 The worst part of the Compass’ powertrain is the idle stop-start system, which is rough in operation and actually cuts power to the air conditioning or heat while you’re stopped. Additionally, when the brake is released after a short stop at a light and the engine fires back on, the transmission ends up confused and causing a bucking effect. Turning off this system is strongly recommended, as the annoyance it causes outweighs any incremental consumption benefits that it may offer.

Redeeming the shortcomings is the Compass’ interior. While some plastics are visible and expected for the $23,808 base price point, the Jeep’s interior is one of the better examples in this class. A sporty three-spoke steering wheel has a thick rim and is nice to hold, and most of the major controls are right at the driver’s fingertips. The driving position is pretty good, and the comfortable front seats offer decent adjustability. Two adults will be fine, if not a bit snug, in the rear seats, though don’t plan to haul five outside of short commutes. Behind the rear seats, the Compass will swallow 642-liters of cargo, and this expands to 1,693-liters if the rear seats are folded down. 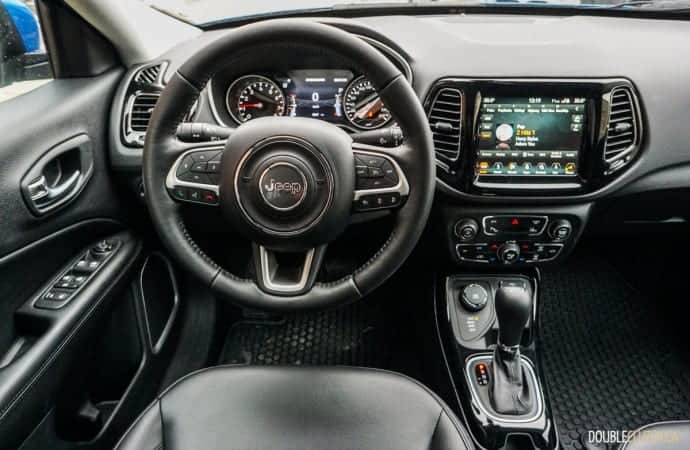 A 8.4-inch touchscreen packing the Fiat-Chrysler group’s Uconnect infotainment system is standard, and now offers Apple CarPlay and Android Auto. It’s one of the best systems on the market right now, and offers impeccable ease of use and is very snappy to respond. The heated seat and steering wheel controls are still built into the system rather than offering standalone buttons, which gets a bit annoying on cold mornings, but they can be programmed to automatically engage on start-up. Between Uconnect and Kia/Hyundai’s respective systems, the mainstream market is covered for excellent connectivity.

Jeep rates the Compass in this configuration at 10.8L/100km in the city and 7.8L/100km highway for a combined average of 9.5L/100km, operating on 87-octane fuel. Our winter test in primarily city driving returned a very impressive 9.5L/100km, matching the manufacturer’s estimate exactly and a better number than we’ve seen from comparable crossovers in recent months. This number begins to shine more considering the fact that the Jeep’s 4×4 system cannot be set up to operate in 2WD mode for fuel savings. 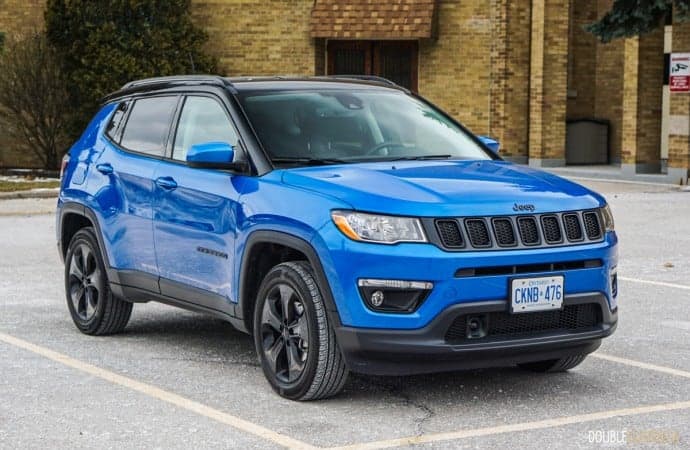 While the base Compass starts at $23,808, the Altitude model tested here comes in near the top of the lineup, with a base sticker of $32,145. Our test vehicle had a series of options including a Customer Preferred Package, Cold Weather Group, Advanced Safety Group and a power liftgate. The total sticker came to an eye-watering $40,530, which is considerably more than one would see from a comparable Honda HR-V, Ford EcoSport or Mazda CX-3. Then again, the Compass offers much more capability than either of the two.

The Compass’ success can’t necessarily be measured on North American soil. It’s selling extremely well in plenty of other markets including Europe and Asia, and our editor-in-chief actually had the chance to ride in a diesel-powered example on a recent trip overseas. The 2020 Jeep Compass Altitude 4×4 is a style and capability-focused choice for Canadian buyers, offering decent comfort and a snazzy interior. The powertrain is a bit of a letdown, which may divert refinement-focused buyers into other offerings. 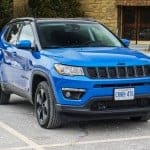 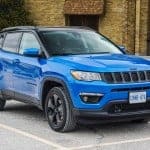 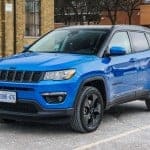 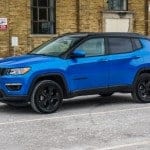 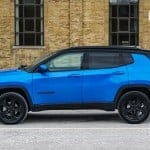 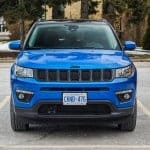 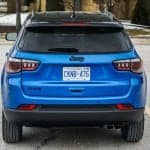 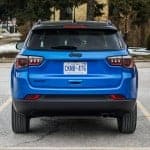 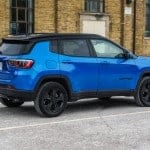 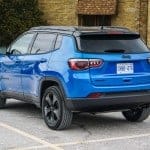 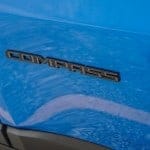 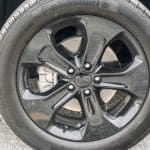 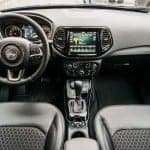 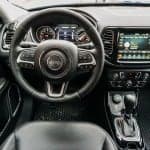 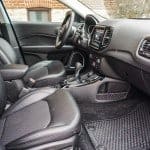 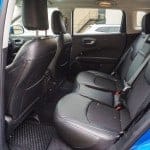 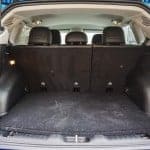 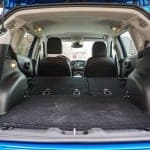