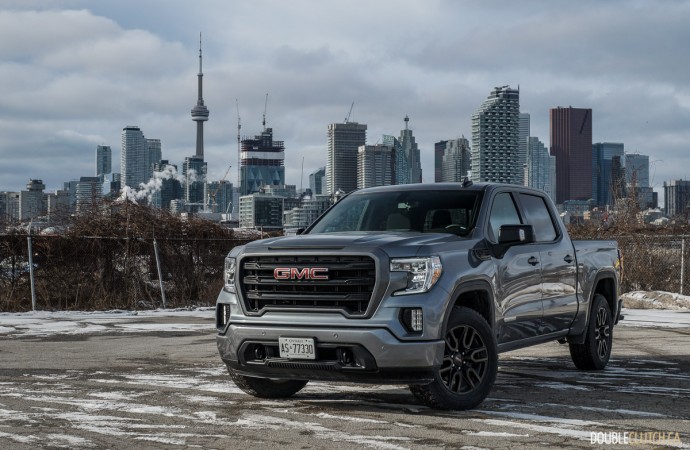 The diesel would be a reasonable choice only for those who do more highway hauling.

Over the last few years, automakers have looked to add diesel options to half-ton pickup trucks. Despite Volkswagen and other emissions scandals coming into play throughout the previous decade, it hasn’t stopped the truck market from adopting oil-burning powertrains that are more efficient in terms of fuel consumption. While they may not be as eco-friendly,  they are still viable for long-haul drivers and those looking for a little more oomph on their towing. Enter the 2020 GMC Sierra 1500 Elevation 4WD – complete with a new diesel engine for this year. Would it be a real stump puller, or a smelly, clattery mess? 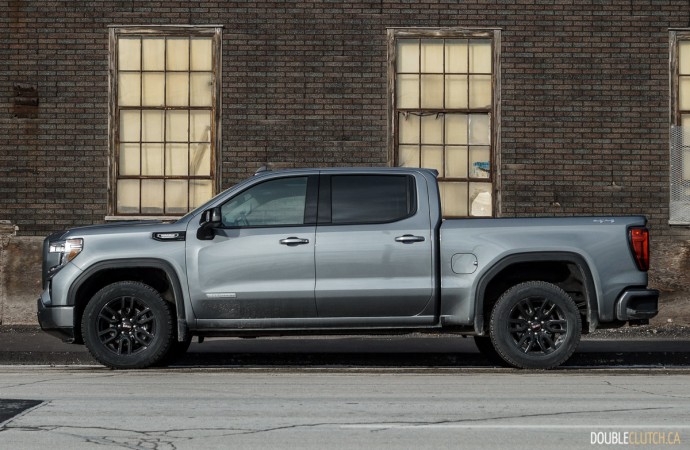 The Elevation (reviewed here)  is a mid-level trim in a hierarchy that ratchets up with base, SLE, Elevation, SLT, AT4, and Denali. Starting at $51,598, the Elevation is fairly well equipped and is more likely to be a volume seller. Standard features include front LED head and fog lamps, 20-inch black painted alloy wheels, a power lock and release tailgate, power heated side mirrors, bed cargo tie-downs, remote engine start, and a leather-wrapped steering wheel. While the standard-issue engine is a turbocharged 2.7-litre four, a 5.3-litre V8 is a an extra. In order to get the diesel, buyers will have to fork over $4,830 more. 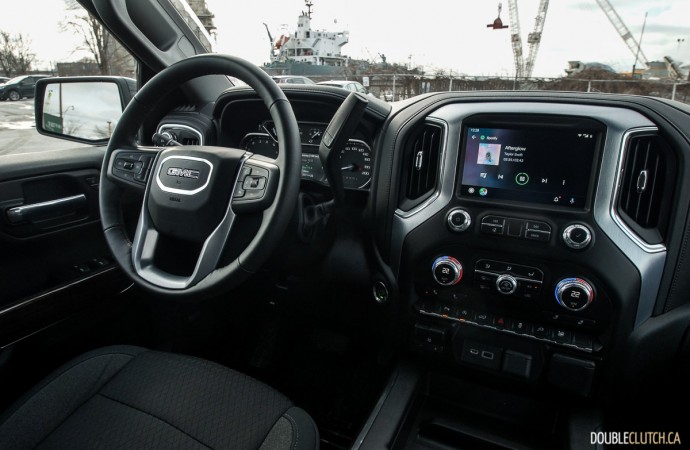 A power sunroof was $1,325, and the Driver Alert Package I was $1,295 (front and rear park assist, a blind spot and lane change alert system, rear cross traffic alert, and black mirror caps). A spray on bed liner was $600 extra, and with $495 for the Satin Steel Metallic paint, as well as a few other small extras, the as-tested total came to $65,533 before taxes and fees.

With 3.0-litres of displacement in an inline-six configuration, the “LM2” Duramax diesel engine makes a relatively low 277 horsepower at 3,750RPM, but makes up for it in spades with torque. Like the top-end Denali’s badass 6.2-litre gas V8 (reviewed here), the Duramax is good for 460 lb-ft., but does so at a super duper low 1,500RPM as opposed to the gasser’s 4,100RPM. In practice, the LM2 is a little sluggish to get off the line, but pulls extremely well once the 1,500RPM torque peak is hit. As a naturally balanced inline six, minimal vibration makes it into the cabin, and the main side effect of doing the diesel is some extra noise when accelerating. 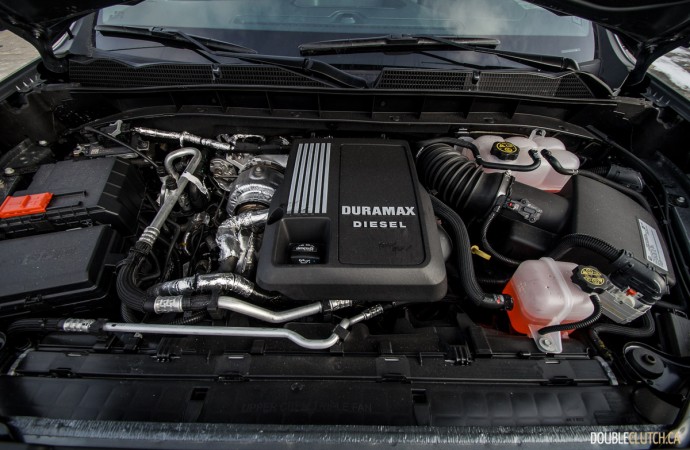 Performing shifting duty in diesel-powered Sierras is a ten-speed automatic that’s not too unlike the unit found in gas V8 powered examples. Shifts are quick and smooth, and while it does take a little bit extra throttle to encourage kickdowns, the GMC always finds itself in the right gear and doesn’t hunt for ratios. This helps make for rated fuel economy figures of 10.5L/100KM in the city, and 9.1L/100KM on the highway. With mixed driving during very cold weather, observed economy didn’t hit these marks, and came back at 11.9L/100KM. Reducing remote starter usage and better weather should make real-world results match closer with nominal figures. The tank capacity is 91 litres.

When it comes to towing and hauling, all Sierras are good for a 6,804 kilogram (15,000 pound) gross vehicle weight rating. With a Crew Cab and short bed (five feet, eight inches), maximum trailering capacity is 5,035 kilograms (11,100 pounds), which is the same as a Sierra equipped with the 5.3-litre V8 with Dynamic Fuel Management and ten-speed automatic. It is also important to note that 5.3-litre V8s without DFM and with only a six-speed automatic are good for only 4,354 kilograms (9,600 pounds). Payload capacity for Duramax Sierras is 1,073 kilograms (2,354 pounds), and beats out equivalent gassers by 46 kilograms (100 pounds). 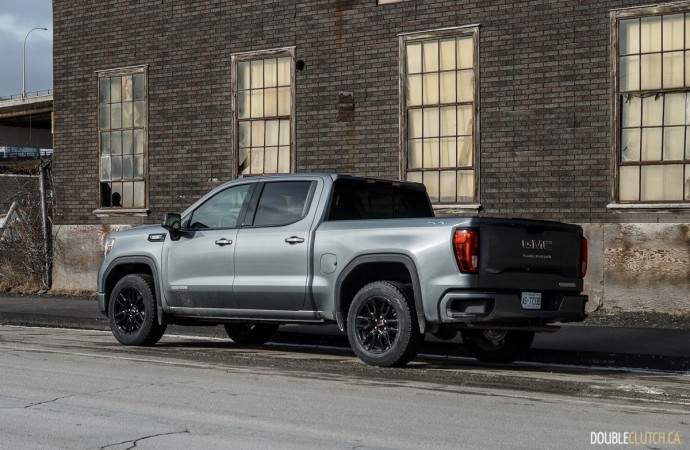 On the road, the new generation Sierra has noticeably better road manners and composure compared to the previous body style. While body control over bigger bumps can be a bit unsettling when the rear suspension and bed are unloaded, the GMC settles down well on the highway and is happy to spend all day in the upper echelon of normal left-lane highway cruising speeds. There’s minimal clatter from the diesel when cruising, and the maneuverability and visibility are relatively good. The truck drives smaller than it looks, which is a plus for urban dwellers. The periphery provided by the truck’s camera systems is quite helpful, too.

Inside, the GMC Sierra’s dashboard and controls are a smaller evolution (or should we say, Elevation) as opposed to a revolution when compared to the older model. Every single touch point and piece of material is improved, but the overall look and feel is kind of the same. It does compare favourably against its Ford and Ram competition, and the cloth seats, while a bit flat, will do well accommodating all shapes and sizes of occupants without much fuss. The rear seats flip upward in a 60/40 split to accommodate large cargo, and this useful amount of interior cargo volume is useful for things that shouldn’t be left out in the exposed elements of the bed. 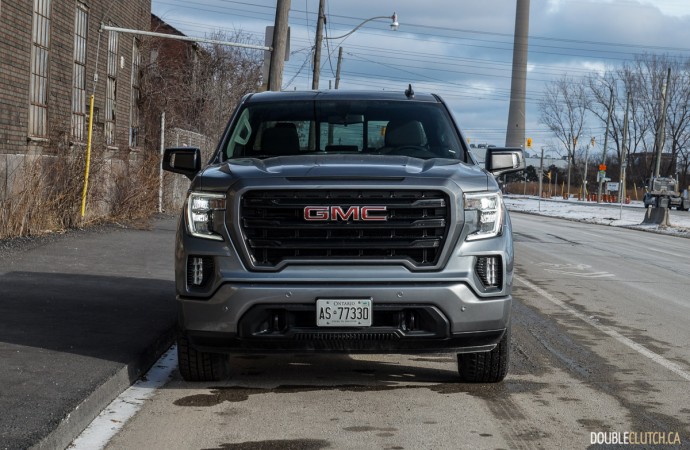 Like all GM products across the board, every Sierra comes equipped with GM’s 4G LTE Wi-Fi hot spot that’s a part of their OnStar connectivity services. While some may not elect to go with this service after the trial period, the also-standard Android Auto and Apple CarPlay smartphone mirroring functionality is more than enough for people with a data plan on their devices. The infotainment interface itself is fairly intuitive after some getting used to, and while it does create an element of distraction on the roads, it is still a bit above average amongst its peers.

Overall, against the competition, the 2020 GMC Sierra 1500 Elevation 4WD stacks up well. It’s very close to Ford and Ram in just about every regard, and for most buyers, the choice between the three is going to boil down to price, incentives, the test drive, and just plain personal preference. The nearly five thousand dollar premium for the diesel is a fairly steep cost of entry against the base turbo four, but the delta drops to only three grand when comparing against the 5.3-litre V8. Either way, buyers will have to do the math and consider whether the fuel savings (but extra maintenance cost) is worth it. By numbers alone, the diesel would be a reasonable choice only for those who travel considerably more than the typical 20,000KM per year. For these folks, it’s a pretty decent choice. 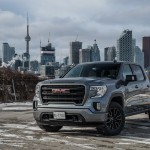 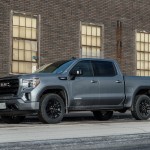 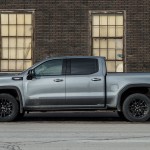 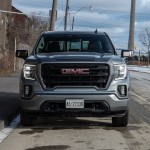 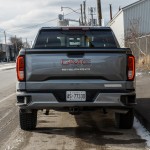 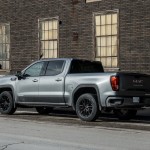 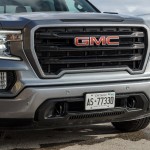 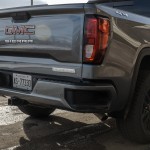 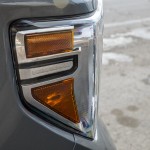 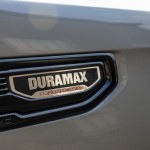 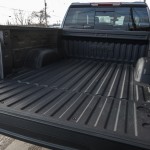 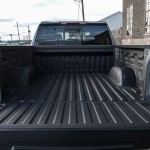 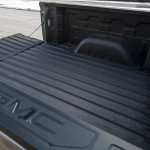 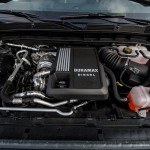 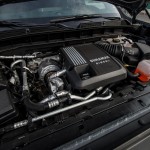 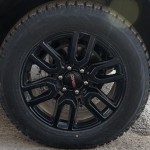 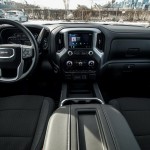 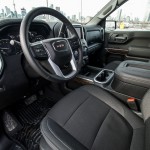 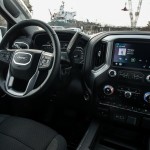 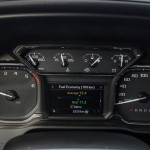 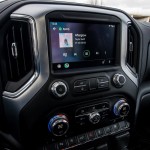 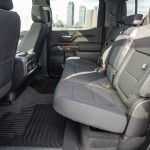 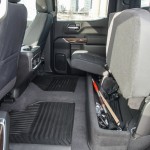