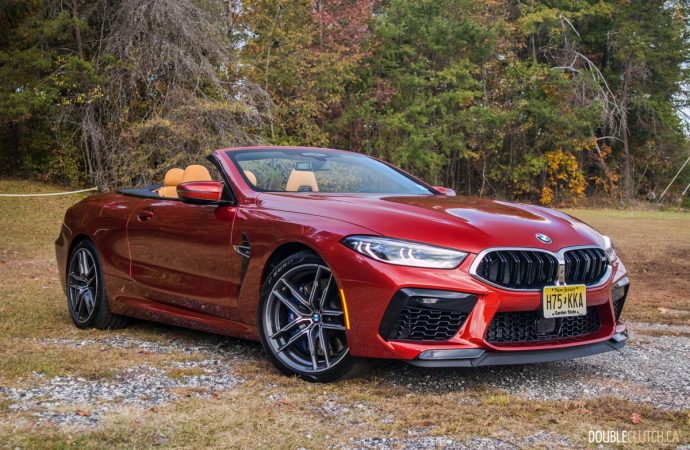 There is no noticeable cowl shake or any pool-noodle effect from this variant being a convertible.

BMW’s 8-series is no longer the new player in their lineup, having been around for over a year now and seeing decent sales numbers globally. This year marked the introduction of the full-bore performance models, namely the M8 and M8 Competition. These are available in three body styles including the stunning four-door Gran Coupé, which we will be evaluating later on this year. The subject of this road test is the 2020 BMW M8 Cabriolet, in non-Competition form. With its active differential and convertible soft-top, the M8 really is an incredible grand tourer. 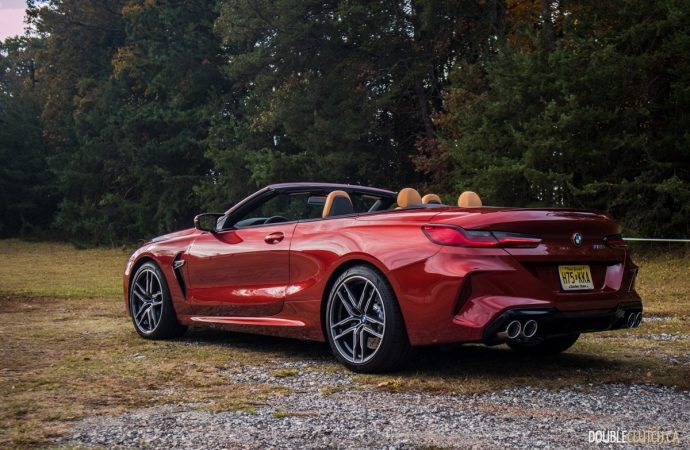 While styling is highly subjective, the 8-series in all forms has a more conservative and traditional form over its spiritual predecessor, the 6-series. The M8 Cabriolet cranks this up a few notches with a more aggressive profile, and carbon fiber bits all over. 20-inch wheels, LED lighting all around, and extended Merino leather upholstering the performance seats all complement the roadster’s appeal.

Powering all M8 models is a hot version of BMW’s twin-turbocharged 4.4-liter V8, codenamed “S63”. The keen will observe that the engine code is also the model designation of the M8’s biggest competitor. Regardless, the S63 engine is a real sweetheart, with 600 horsepower at 6,000 RPM and 553 lb-ft. of torque (from 1,800 to 5,800RPM) on tap, delivering a 0-100 km/h sprint time of just 3.4 seconds. The Competition model adds 17 horsepower and shaves a tenth of a second off the acceleration time. No matter how you spec yours, the M8 is ridiculously quick. While it doesn’t necessarily deliver the rush or raw feel of M-cars of the past, the exhilaration delivered by sheer speed is most definitely there. 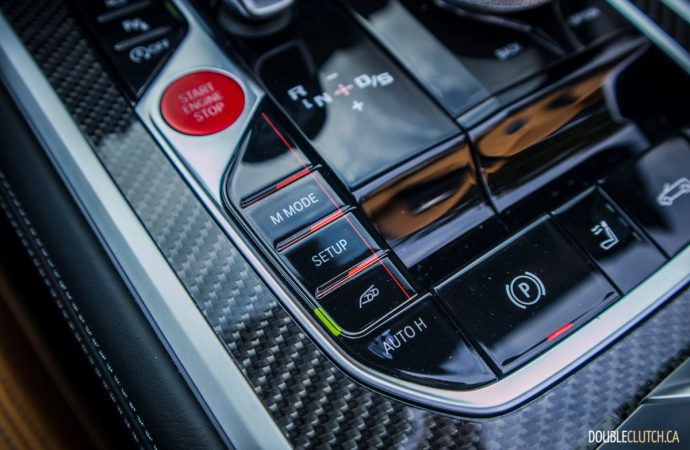 An eight-speed M Steptronic transmission is the only available gearbox – despite this being a full M model, there is no manual or dual-clutch variant available. It’s not necessarily a bad thing though, because the ZF-sourced eight-speed used here, especially with BMW’s Drivelogic system, does a sublime job of changing gears and doing so in a quick, effortless manner. The automatic doesn’t deliver the harsh kick characteristic of the BMW DCT, but it does pull off fast and aggressive shifts. If left to its own accord in the M8’s more comfortable settings, gear changes are graceful and unnoticeable, but things firm up noticeably in the car’s performance modes.

As we saw with the latest M5 (reviewed here), BMW has slowly been making the transition to all-wheel-drive for their performance models, positioning them to provide the maximum amount of grip possible in all scenarios. The M8 Cabriolet tested here gets a M xDrive all-wheel-drive system with an Active M differential. There are various modes for this system, with increasing amounts rear bias. A full rear-drive mode is possible as in the M5, but in the same fashion, it can only be enabled if all safety nannies as well as stability control systems are shut off. 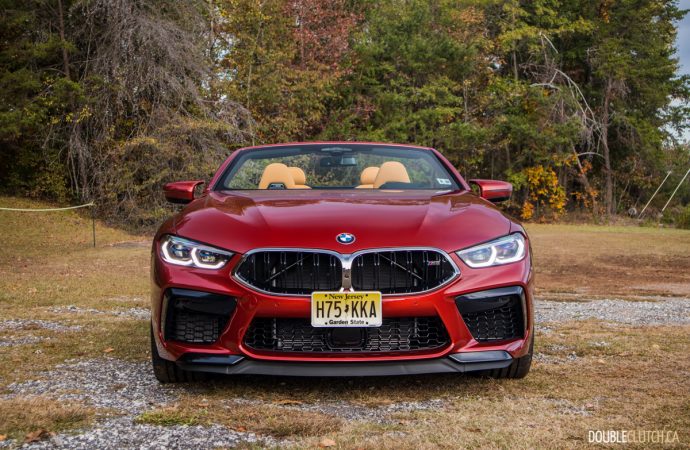 Steering feel has been a contested point for enthusiasts since the introduction of electrically assisted power steering, with consistent complaints of it being over-boosted and lacking of any analog feel. The M8 Cabriolet’s steering is markedly heavier than that of the M850i (reviewed here), however it beefs up significantly with more aggressive drive modes. Turn-in is sharp and the front end responds with the immediacy expected from an M car. When pushing the vehicle harder, it makes its weight known and loses a little bit of confidence, though calling the M8 Cabriolet “sloppy” in any sense of the word would be doing it a disservice. With all assists off and kept in rear-drive mode, pushing it around twisty roads does cause it to deliver the feeling of a true performance convertible.

There is no noticeable cowl shake or any pool-noodle effect from this variant being a convertible, and the top retracts quickly at the touch of a button. As expected, with the top down, the confident bark of the M8’s performance exhaust can be heard in the cabin – this combined with the gentle breeze makes for automotive nirvana. Those wanting to drive their M8 through the winter may want to opt for the fixed-roof variant, and buyers needing usable rear seats or doors will want the 8-series Gran Coupé (reviewed here). 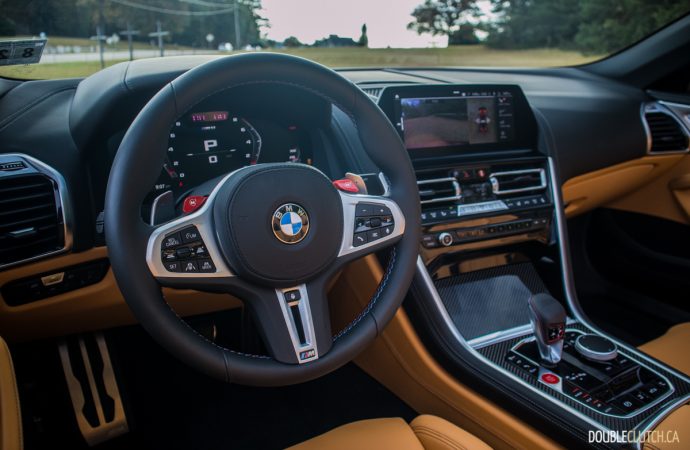 The interior of the M8 Cabriolet is mostly standard issue for the higher-spec BMWs, with generous use of leather and carbon fiber throughout. Fit and finish is excellent, and there are no visible panel gaps anywhere. Attention to detail is noteworthy, with nice touches like the traditional red and blue M colours stitched into the steering wheel. Being a large two-door, space for front occupants is plentiful, and rear accommodations are more generous than the smaller 4-series (reviewed here). However, taller folks will definitely have headroom issues in the back seat, especially if the top is in place.

Infotainment is controlled using the latest iteration of BMW’s iDrive connectivity system. It supports Apple CarPlay wirelessly, but Android Auto users are out of luck, as BMW has yet to add this feature. On its own, the native iDrive system is brilliant to use, with simplicity through the controller as well as the touchscreen. BMW has also implemented technologies such as Driving Assistant Professional which includes lane keep assist, collision warning, automatic emergency braking, and adaptive cruise control. Parking Assistant Plus uses a brilliant surround view camera to provide ease when parking. 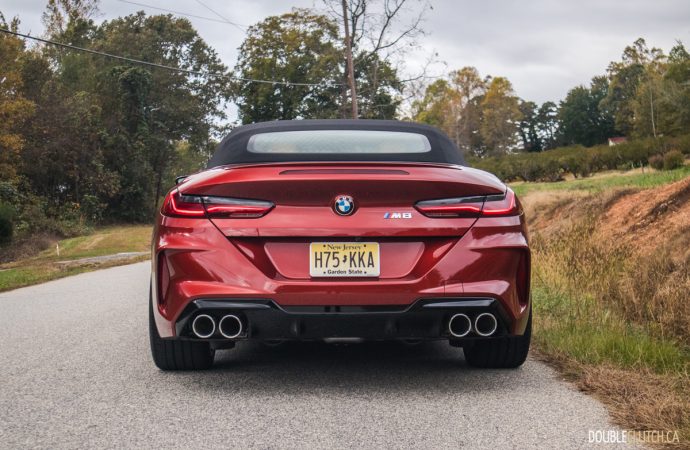 Fuel efficiency for the M8 Cabriolet will depend largely on driving habits, though we observed highway mileage as good as 10.1L/100km. The 2020 BMW M8 Cabriolet is a serious performance machine, though in a different realm than the M performance cars we’re used to. With pricing starting at $160,500 and pushing $200,000 when well equipped, the competition is stiff. Mercedes’ S 63 Cabriolet is nearing the end of its life cycle, leaving competition from the AMG GT C (reviewed here), the Aston Martin Vantage, and even Porsche’s new 911 Carrera Cabriolet. For diehard M fans really wanting open-top motoring, it’s hard to say no to 600 horsepower and the M8’s captivating personality. 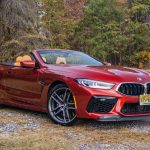 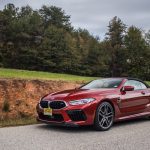 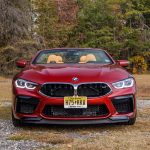 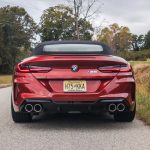 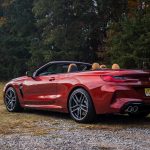 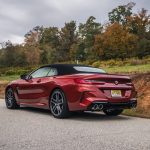 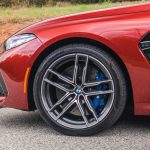 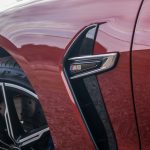 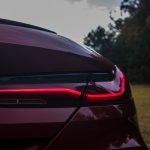 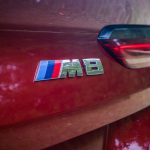 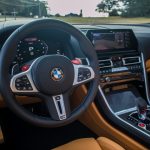 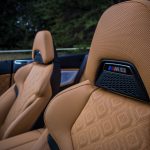 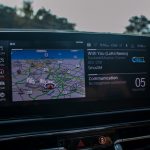 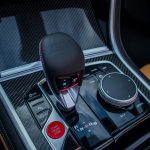 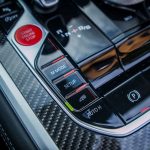 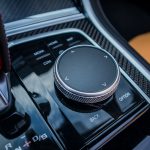 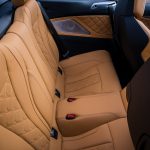