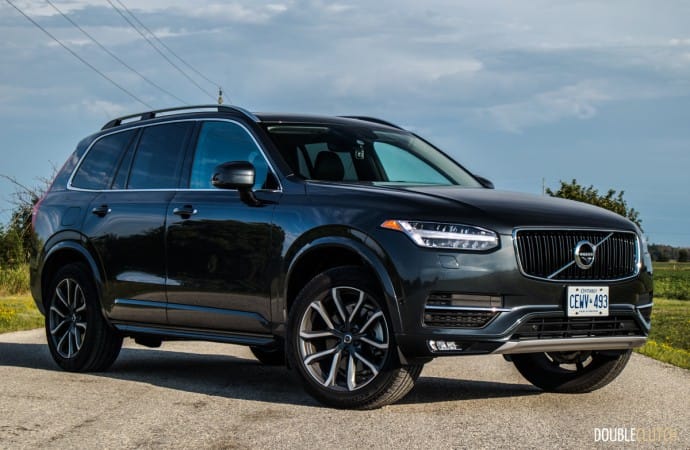 One of Volvo’s biggest challenges right now is public perception.

The second-generation Volvo XC90 made its debut for the 2016 model year, and easily topped our list as one of the best luxury crossovers available on the market. It quickly trumped the aging Mercedes-Benz GLE (reviewed here) in features and tech, and surpassed most of its competition as well. The only real contender on the same level was the Audi Q7, which was also fully redesigned at the same time. Three years later, we sampled a 2019 Volvo XC90 T6 Momentum to see how well the polarizing Swede has aged. 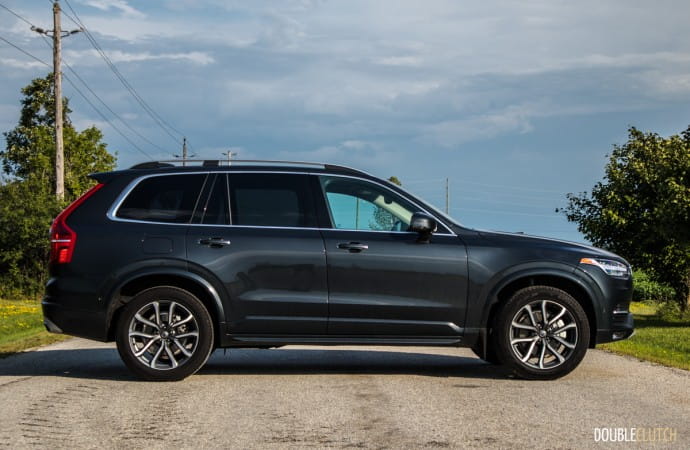 The XC90 still stands out as one of the classiest looking vehicles in its segment. The GLE and BMW X5 (reviewed here) have both seen mild refreshes, but aesthetically speaking, both of them appear bland compared to the svelte Volvo. Based on Volvo’s Scalable Product Architecture (SPA) platform, the XC90 is offered with three distinct powertrains, all based on a 2.0L four-cylinder engine with forced induction. The range-topper is the T8 plug-in hybrid, which uses turbocharging, supercharging, as well as an electric motor coupled to the whole system.

We opted to test the T6 Momentum model, with the mid-range powertrain. Subtle updates last year for 2018 included the entry-level Momentum trim level being made available on all three powertrains including the T8. This is the model that the vast majority of Canadian clients will buy, especially because the base T5 engine is simply not enough to haul the XC90 around. Out of all of the European crossovers it plays against, the Volvo is the only one to offer a four-cylinder engine at all, with the exception of the X5 xDrive40e PHEV (reviewed here). 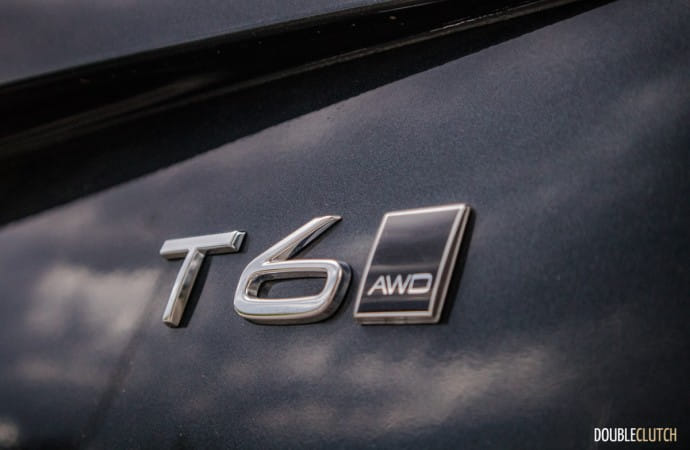 The XC90 T6 is powered by the same 2.0L four-cylinder as every other Volvo on sale in Canada today. In the T6 application it’s turbocharged and supercharged, and offers 316 horsepower. It’s just enough to go up the turbo-sixes from the competition, but this engine can’t be described as fast by any means. It also doesn’t sound as substantial as it could, very obviously making the noises of a four. This is one of the rare cases where synthetic engine sounds would actually help things.

Regardless of the overall feel, power delivery is adequate and response is actually quite good. The XC90 T6 has enough motor for both city and highway driving, and will maintain highway speeds with ease and refinement. An eight-speed automatic keeps RPMs low and maximizes efficiency on the highway, where we observed as low as 9.4L/100km when driving very conservatively. A drive mode selector can alter settings between “Eco”, “Comfort”, “Sport”, and even “Off-Road”. This is a car that will be in its element regardless of the environment by being left in “Comfort”. 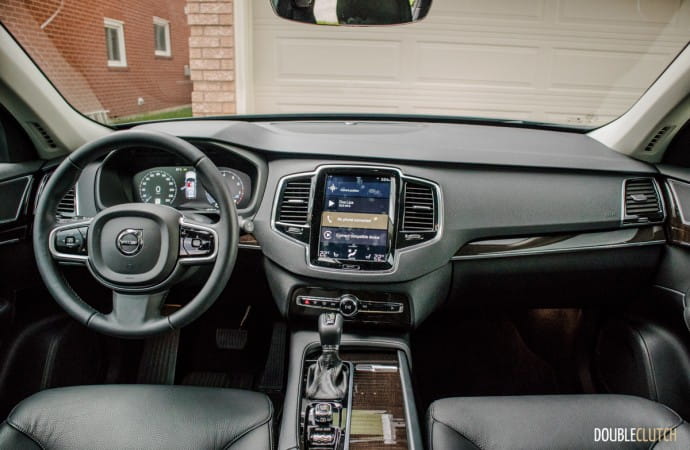 Ride quality is decent, and our test vehicle was not fitted with the optional four-corner air suspension. We have tested Inscription (reviewed here) models that had this option, and there is a world of difference in ride. Without it, the XC90 is still compliant but tends to feel a bit jittery over bumps, with the standard suspension not absorbing road imperfections as well as it could. Handling on the other hand is very good for a crossover, with light but direct steering response and minimized body roll in the corners.

The passenger cabin is by far the best part of the XC90, with a typical Scandinavian design and excellent ergonomics. A large, portrait-oriented touchscreen is the centerpiece, powered by Volvo’s Sensus infotainment interface. The seats on the Momentum aren’t quite as luxurious or comfortable as the examples in the pricier Inscription, but I will still maintain that nobody makes a seat quite like Volvo does. Even at the entry-level, cabin comfort is definitively the best in the segment, and rivals far more expensive vehicles. 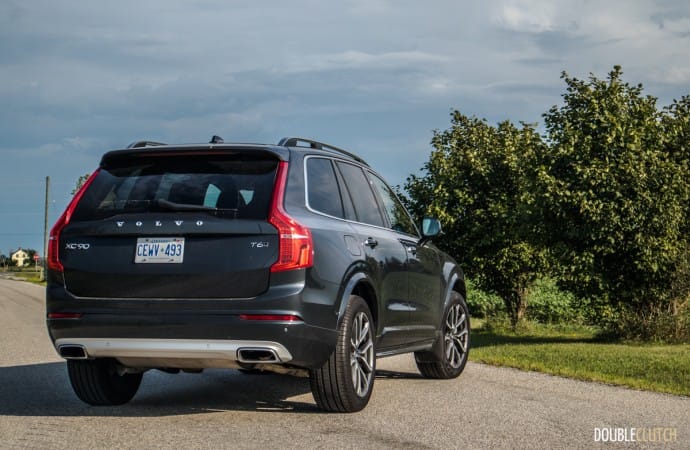 We have given the Sensus interface quite a bit of criticism in past years, but subtle software updates have improved response and reduced overall lag. It still takes a bit too long to initially power up, which can be a pain on extremely hot or cold days as the climate control is managed within the system. Apple CarPlay has been on board since 2016, but Android Auto has now been added. Either of these only take up half of the screen’s real estate, which is a nice touch that not many rivals offer.

Interior space is plentiful for four adults, or five in a pinch. There is a third row optional on the Momentum (standard on Inscription) that is usable, but best if reserved for children. Headroom is excellent thanks to the XC90’s taller profile, and legroom is more than sufficient in the two front rows. With the third row folded, the cargo area becomes far more versatile with a flat floor, and a small divider pops up that has grocery bag hooks. It’s the small touches that improve the Volvo’s overall appeal, and they go a long way. 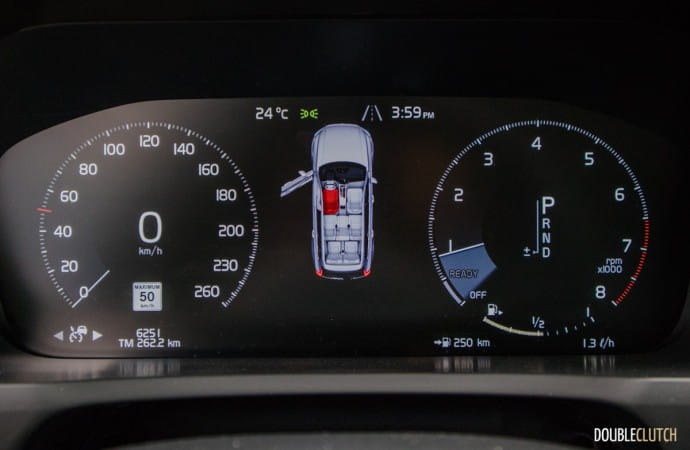 The base price of the XC90 in T5 FWD Momentum form is $46,900. Stepping up to the T6 engine will set buyers back $54,350. Our tester may be the Momentum trim level, but there really isn’t anything entry-level about it. It has been equipped with 20” wheels, Convenience Package (360-degree camera, Park Assist Pilot, etc.), Momentum Plus Package (full LED headlights, birch wood inlays), and a few other goodies. The grand total before taxes and fees comes to $59,740, which is very reasonable for a premium-grade crossover.

One of Volvo’s biggest challenges right now is public perception. Models like this XC90 and the S90 (reviewed here) offer just as much luxury and quality as their competition, but it’s difficult for North Americans to put Volvo on the same pedestal as more established names such as Mercedes-Benz or BMW. Under Chinese ownership, the Volvo brand has been given more autonomy to engineer vehicles in the traditional way only a Swedish brand can do. This has been a very good thing, and has resulted in some exceptional product. 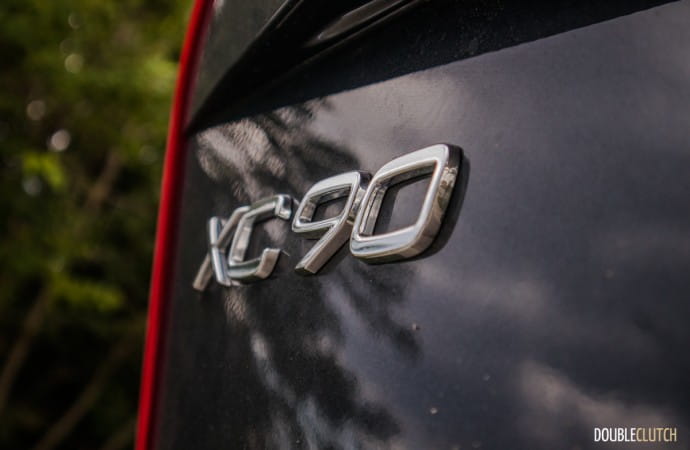 The first-generation Volvo XC90 was on sale from 2003 until 2015, making it one of the longest production cycles ever for a crossover. We now live in an age where that timeline seems impossible, but one thing’s for sure – the 2019 Volvo XC90 T6 Momentum is a thoroughly fantastic choice. It offers enough versatility for the growing family, and enough class and comfort for empty nesters. Those who don’t quite need the size can opt for the smaller XC60 (reviewed here). There really isn’t a poor decision within the Volvo crossover lineup right now, with the flagship XC90 delivering in every regard. 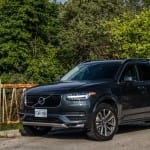 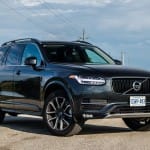 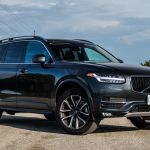 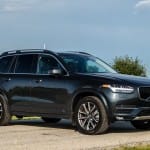 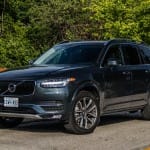 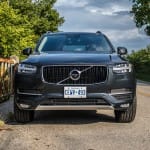 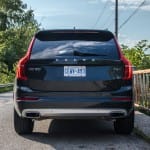 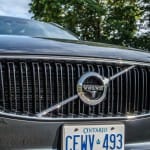 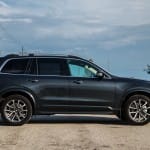 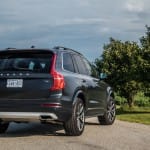 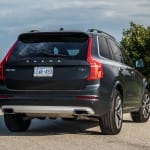 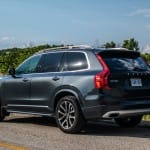 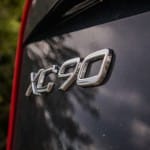 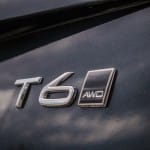 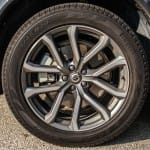 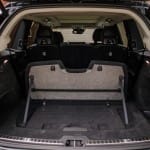 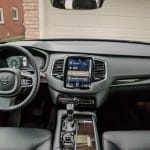 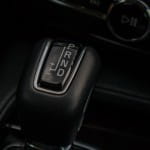 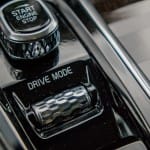 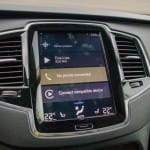 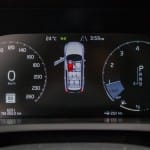 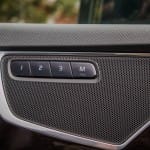