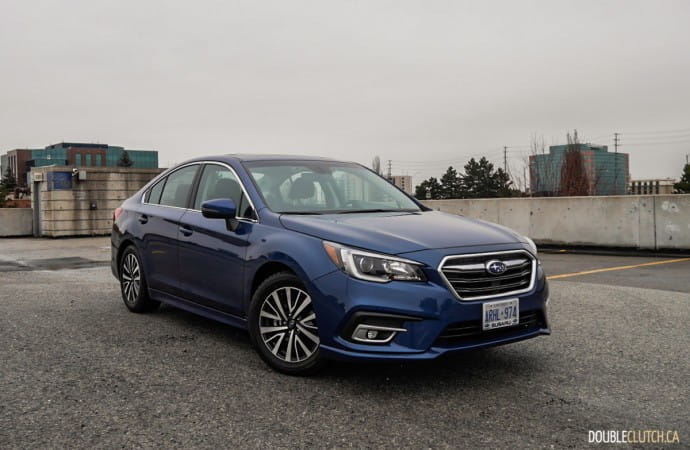 The Legacy’s power delivery is linear and smooth, with minimal vibrations felt inside the cabin.

Subaru Canada is on a tear in recent years, seeing brand popularity surge. They recently announced a seventh straight annual sales record year in 2018, with total annual sales of 58,070 units; 3,500 more than the year before and representing a 6.8% year-over-year growth. This is an achievement that should not be taken lightly, especially in an era where there is increased competition from not only traditional players but from technology companies as well. While SUVs continue to dominate the sales figures, Subaru continue to offer two capable all-wheel drive sedans, the Impreza and Legacy, for car buyers who are shopping for a car with four doors and a traditional trunk. 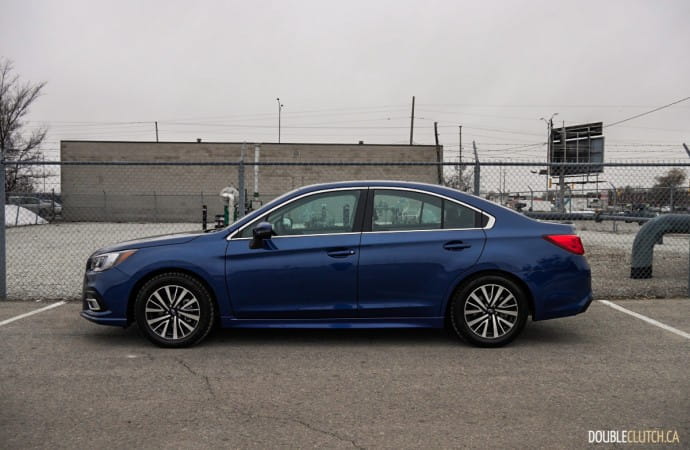 To better understand the appeal of its winter-ready mid-size sedan, we decided to borrow a 2019 Subaru Legacy 2.5i Touring with EyeSight for a road test. The current Legacy debuted back in 2015 and went through a mid-cycle refresh last year. The changes on the outside are subtle as Subaru decided to stay the course until the next redesign, with minor tweaks to its headlight shape, front bumper, and to its signature front grille.

Our as-tested Legacy Touring is slotted above the base 2.5i trim, below the Sport and Limited models. It is painted in the Abyss Blue Pearl colour, with a unique combination of body coloured door mirrors, chrome front grille, LED daytime running lights in the Subaru signature C-shaped design, and a set of 17″ alloy wheels to distinguish it from the base model. While I would stop short of calling the Legacy a striking looking car, its balanced proportions, sharp lines, and distinctive head and taillight design all give it a pleasing and attractive presence on the road. 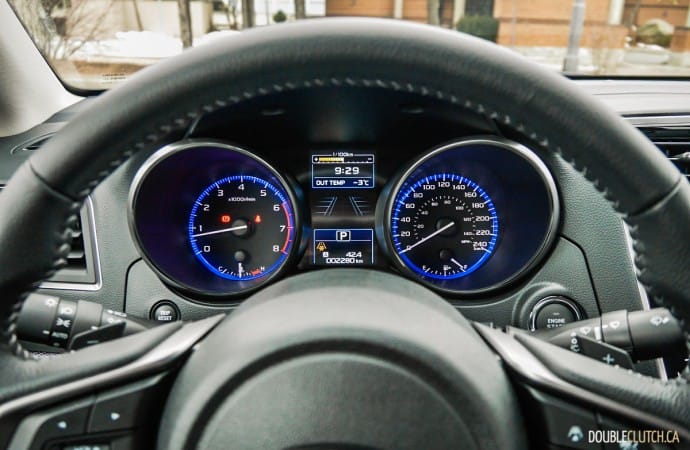 The 2019 Legacy is offered with two engine choices, with a 2.5L four-cylinder “boxer”  engine powering most trim levels except for the top-of-line 3.6R Limited (reviewed here), which gets a 3.6L six-cylinder engine. The 2.5L engine produces 175 horsepower at 5,800RPM and 174 lb-ft. of torque at 4,000RPM. While it is down on power when compared to other base-engine rivals such as the Toyota Camry (reviewed here) and the Honda Accord 1.5T (reviewed here), it makes up in market appeal with its standard Subaru symmetrical full-time All-Wheel Drive.

While it can be debated whether AWD is really better in the winter than most of its mid-size sedan rivals who are front-wheel drive only, one thing that is certain amongst Canadian drivers is the amount of winter driving confidence an AWD system instills, and the Legacy shines bright in this department. Power is delivered to all four wheels through a Lineartronic CVT. Subaru engineers have worked hard to minimize the amount of drone that was evident in previous generations, and the outcome is evident in their current vehicle lineup. 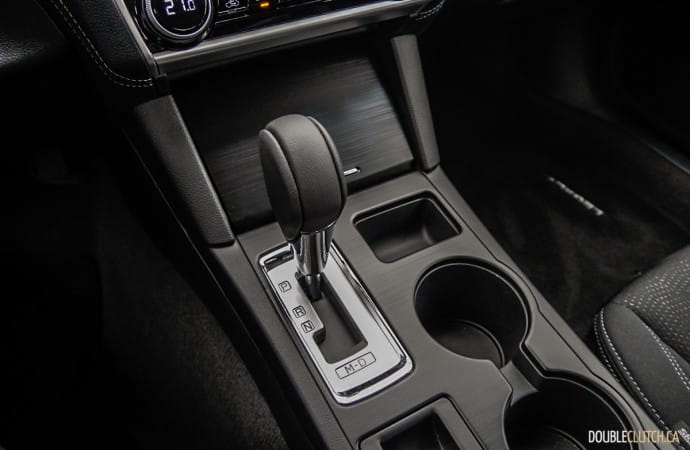 The Legacy’s power delivery is linear and smooth, with minimal vibrations felt inside the cabin. Unfortunately, getting the underpowered Legacy up to speed from a still or any attempts to overtake in traffic often requires you to stay committed to the acceleration throttle way past the car’s comfort zone. Those who do lots of stop-and-go driving should give the Subaru’s buttery smooth engine a test drive before making a purchase decision.

Fuel economy of the Subaru Legacy 2.5i is rated at 9.3L/100km city and 7.0L/100km on the highway. I observed 10.5L/100km over a week of city commuting, a figure that is slightly higher than its competition, but respectable given the extreme cold weather and icy conditions experienced during this test. The tank will hold 70L of regular 87-octane fuel, a size that is larger than most of its direct competitors, making for a greater drive range despite slightly worse fuel economy. 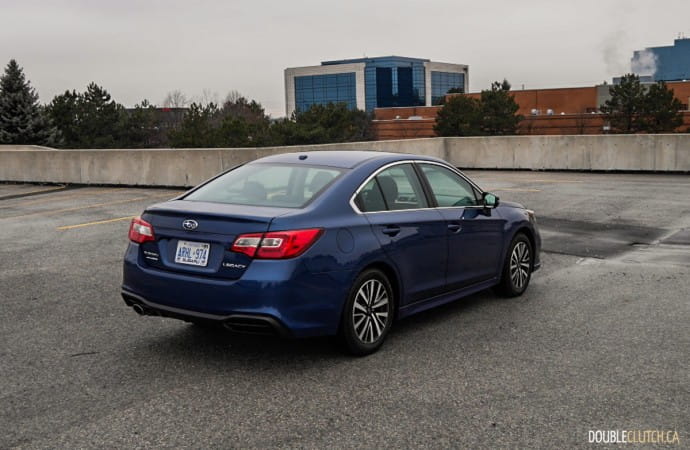 We put the Subaru Legacy through the paces in its natural habitat; -15°C weather with a mix of snow and ice on city roads, and it performed confidently as expected. The Legacy offers few surprises when accelerating, turning, and braking in the wintry condition. It validates Subaru’s reputation by being a true winter warrior, which more than makes up for the somewhat numb driving dynamics. Don’t get me wrong; it is not a bad driving car, with decent steering weight and road feel, but no one is going to buy a Legacy expecting it to be lightning sharp for the Sunday morning backroad adventure.

The interior of the Subaru Legacy had also gone through slight redesign in the 2018 refresh, featuring a larger infotainment screen and a classier looking climate control system. The utilitarian and pleasing exterior design carries over into the cabin, with large, easy to reach buttons in places you would expect it to be. The premium cloth seats and leather-wrapped steering wheel feel premium to touch, with gloss black and silver accents creating an overall upscale atmosphere. 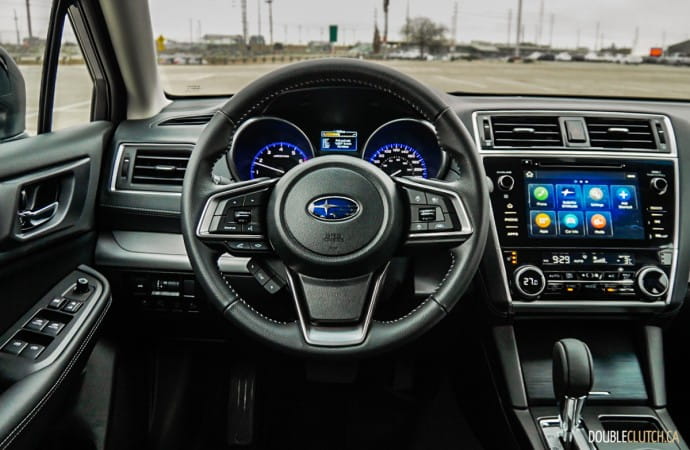 Infotainment is controlled using the eight-inch touchscreen display system in the centre console; graphics are sharp and touch inputs are responsive. Apple CarPlay and Android Auto functionalities are included, and SiriusXM satellite radio is included on trims Touring and above. The Legacy Touring comes with an upgraded six-speaker system, and audiophiles should consider the Limited trim for its Harman-Kardon 12-speaker system with a 575W amplifier.

Subaru is one of the early adopters of employing active safety technologies in their vehicles using their EyeSight safety system, and they continue to invest into it to make their cars some of the safest out there. This 2.5i Touring is equipped with pre-collision braking/brake assist/throttle management system, along with adaptive cruise control, lane departure/sway warning, lane keep assist and lead vehicle start alert systems. Along with the Subaru Rear/Side Vehicle Detection system (blind spot detection, lane change assist, rear cross traffic alert) and the aforementioned winter driving capability, the Subaru Legacy is one of the most confidence inspiring vehicles in its mid-size sedan segment. 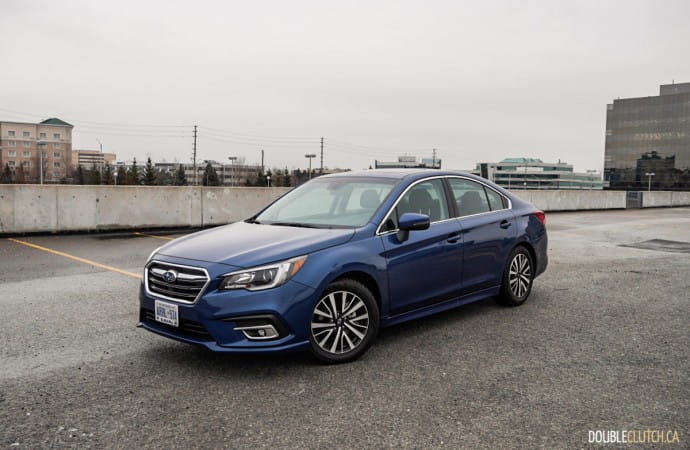 Still not convinced? Well, Subaru will be happy to remind you that the 2019 Legacy has earned yet another Insurance Institute for Highway Safety (IIHS) Top Safety Pick+ rating, making it the longest running award winner in its class for 14 years in a row (2006–2019).

The 2019 Legacy starts at $24,995, and the 2.5i Touring with EyeSight is priced at $29,795. While it is priced just above several heavy hitters in its segment, such as the Mazda6 GS ($27,250), the Toyota Camry LE ($27,690), and Honda Accord LX ($28,090), the fact that it comes standard with full-time AWD is a big value add and could be enough of a selling point for some buyers. It is worth noting that the base 2.5i is a value pick for budget conscious buyers shopping for a mid-size sedan, as it is $1,595 cheaper than the next cheapest option in this group (Toyota Camry L) and offers AWD as standard equipment. 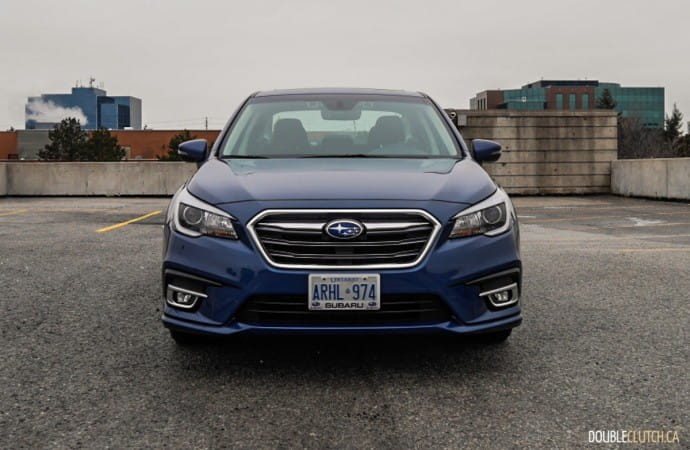 While no one expects the Legacy to be a big volume seller in a market dominated by SUVs and crossovers, it certainly did not feel like an afterthought during our road test. The 2019 Subaru Legacy 2.5i Touring with EyeSight represents a unique value for those who don’t mind foregoing some power for its perceived winter driving capabilities, and ends up being a worthy contributor to Subaru’s pursuit of the next annual sales record. 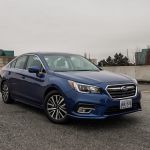 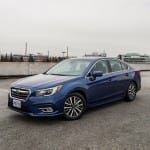 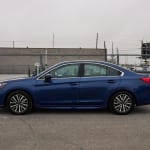 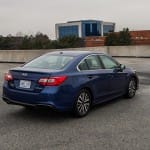 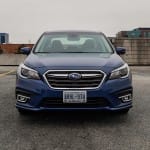 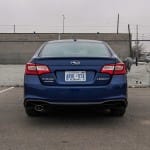 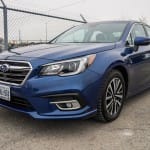 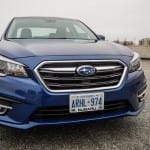 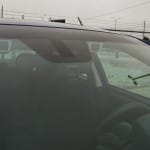 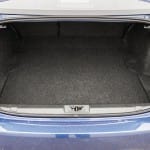 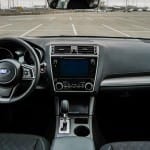 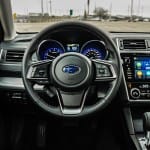 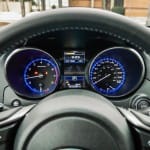 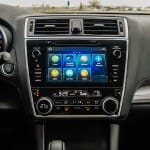 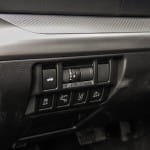 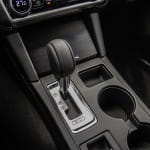 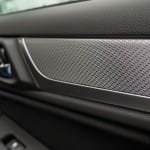 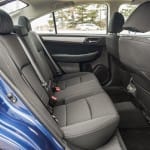